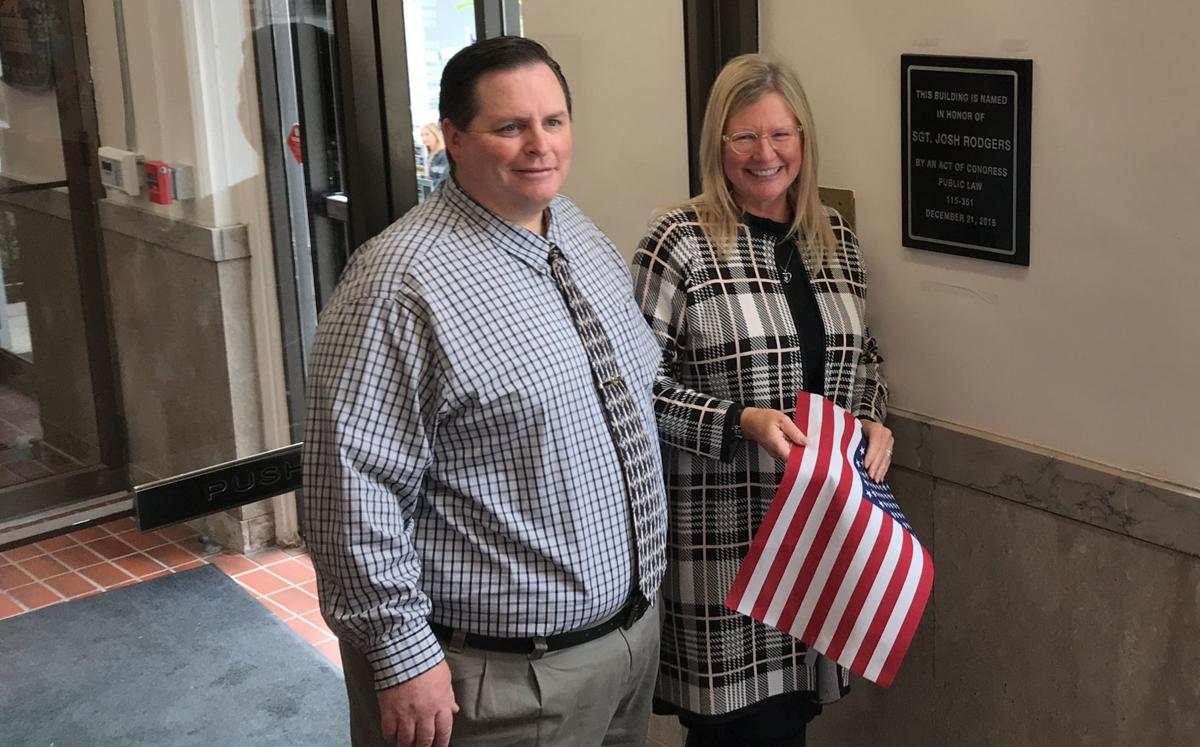 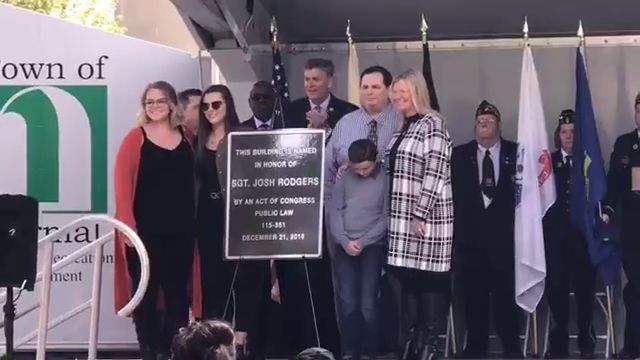 U.S. Rep. Darin LaHood, R-Ill., center, and members of Sgt. Josh Rodgers' family pose with a plaque commemorating the renaming of Normal's post office in honor of the fallen soldier. More than 100 family, friends, veterans, elected officials and other community members gathered there Thursday, April 25, 2019, to honor Rodgers with speeches, music and a 21-gun salute. 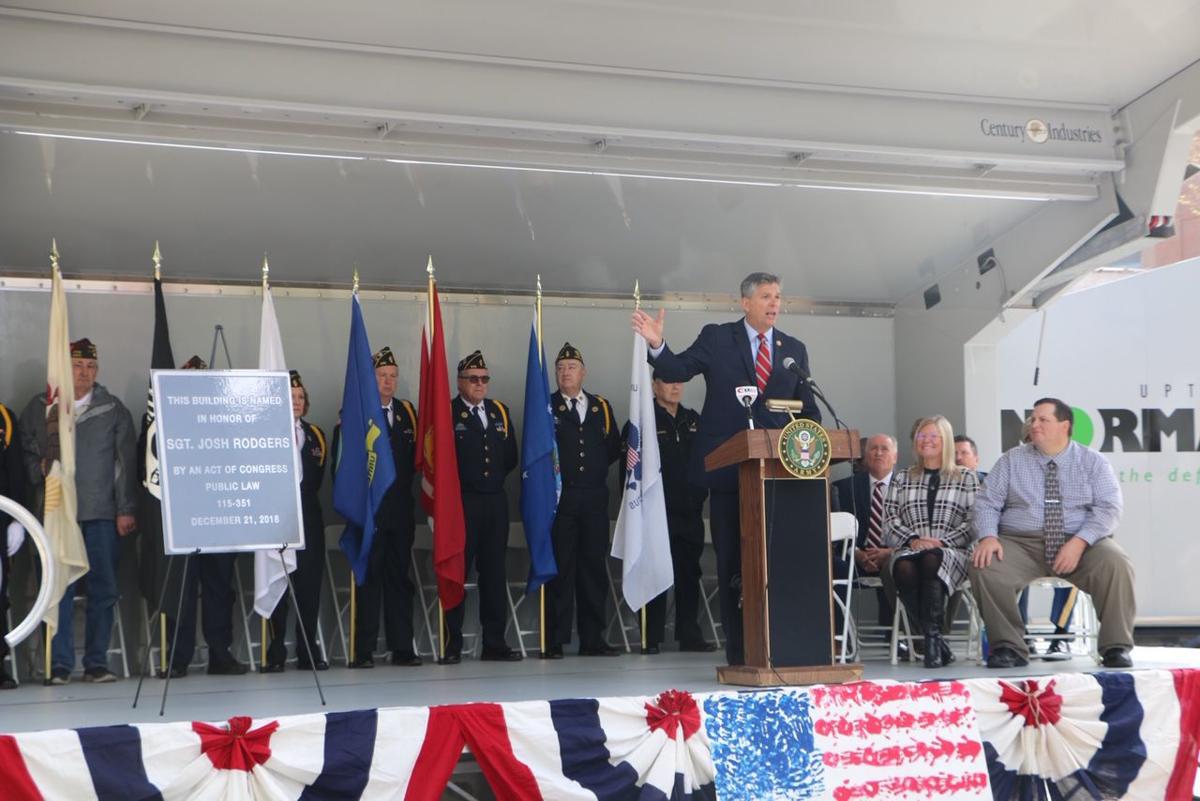 NORMAL — Normal's "hidden hero" is hidden no more — and is poised to stay in hearts and minds for generations to come.

Nearly two years after he was killed during a successful raid on an Islamic State compound in eastern Afghanistan, Normal native Sgt. Josh Rodgers lives on through the Normal Post Office that now bears his name.

"While we can never fully repay him for the sacrifice that he has made, it is my hope, and the hope of many here, that renaming this building will serve as a reminder to everyone ... of the honor, the valor and the courage of Josh Rodgers," said U.S. Rep. Darin LaHood, R-Dunlap.

More than 100 family, friends, veterans, elected officials and other community members gathered Thursday outside the post office at 200 W. North St. to honor Rodgers with speeches, music and a 21-gun salute.

"Josh was always the underdog, the one who surprised us all, but showed up when it counted. ... He was the hidden hero," said Nick Rohde, a friend and football teammate of Rodgers at Normal Community High School. "When I think of an impact left, Josh is the first that comes to mind."

Rodgers' father, Kevin, got emotional as he thanked those who have made sure his son is remembered, including the fellow Army Rangers who fought on after he died. Two other Rangers, including one who served with Rodgers, spoke about his service and example on Thursday.

"Josh would certainly think all this attention is ridiculous. He was a team player," said Kevin Rodgers. "Several other Rangers fought for nearly three hours against a superior force — and superior only in number, that is — until they had completed their mission (after his death). That was the best way they could honor Josh."

Another ceremony is planned at 3 p.m. Friday at the corner of Fort Jesse and Airport roads in Bloomington. A section of Airport is being named for Rodgers because that’s the road he traveled to go to school at Northpoint Elementary and Normal Community High schools.

Rodgers also inspired Heroes of Habitat, a program of Habitat for Humanity of McLean County that will annually honor a McLean County hero by building a Habitat house in his or her name, starting with Rodgers.

The Illinois House also has approved designating Veterans Parkway in Bloomington-Normal in honor of Rodgers. The designation is ceremonial only and did not change the addresses of businesses located on Veterans Parkway.

Pfizer shot expands to US children as young as 12

BLOOMINGTON — After Sgt. Josh Rodgers died fighting for freedom, the Bloomington-Normal community wrapped its arms around his family.

NORMAL — The father of a fallen U.S. Army Ranger said the family is honored that President Donald Trump has signed legislation to rename a pos…

U.S. Rep. Darin LaHood, R-Ill., center, and members of Sgt. Josh Rodgers' family pose with a plaque commemorating the renaming of Normal's post office in honor of the fallen soldier. More than 100 family, friends, veterans, elected officials and other community members gathered there Thursday, April 25, 2019, to honor Rodgers with speeches, music and a 21-gun salute.