Watch now: Where's the worst pothole in Bloomington-Normal? These road crews are on the hunt 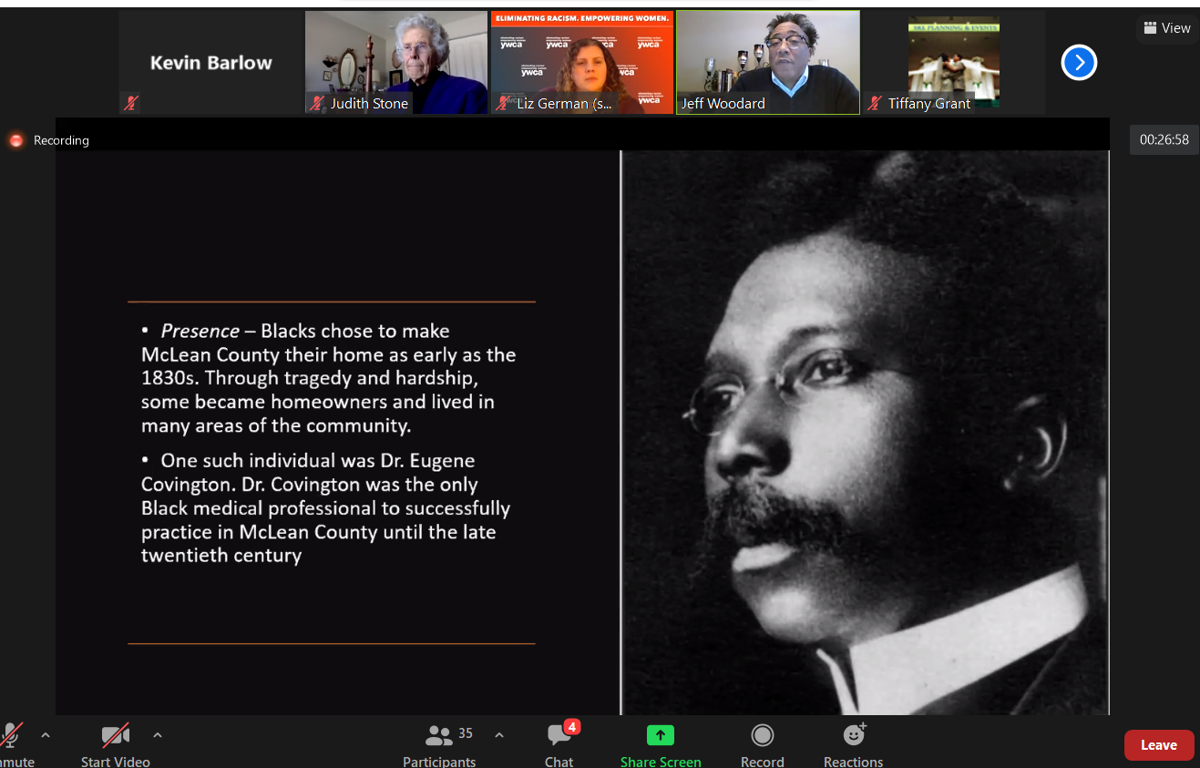 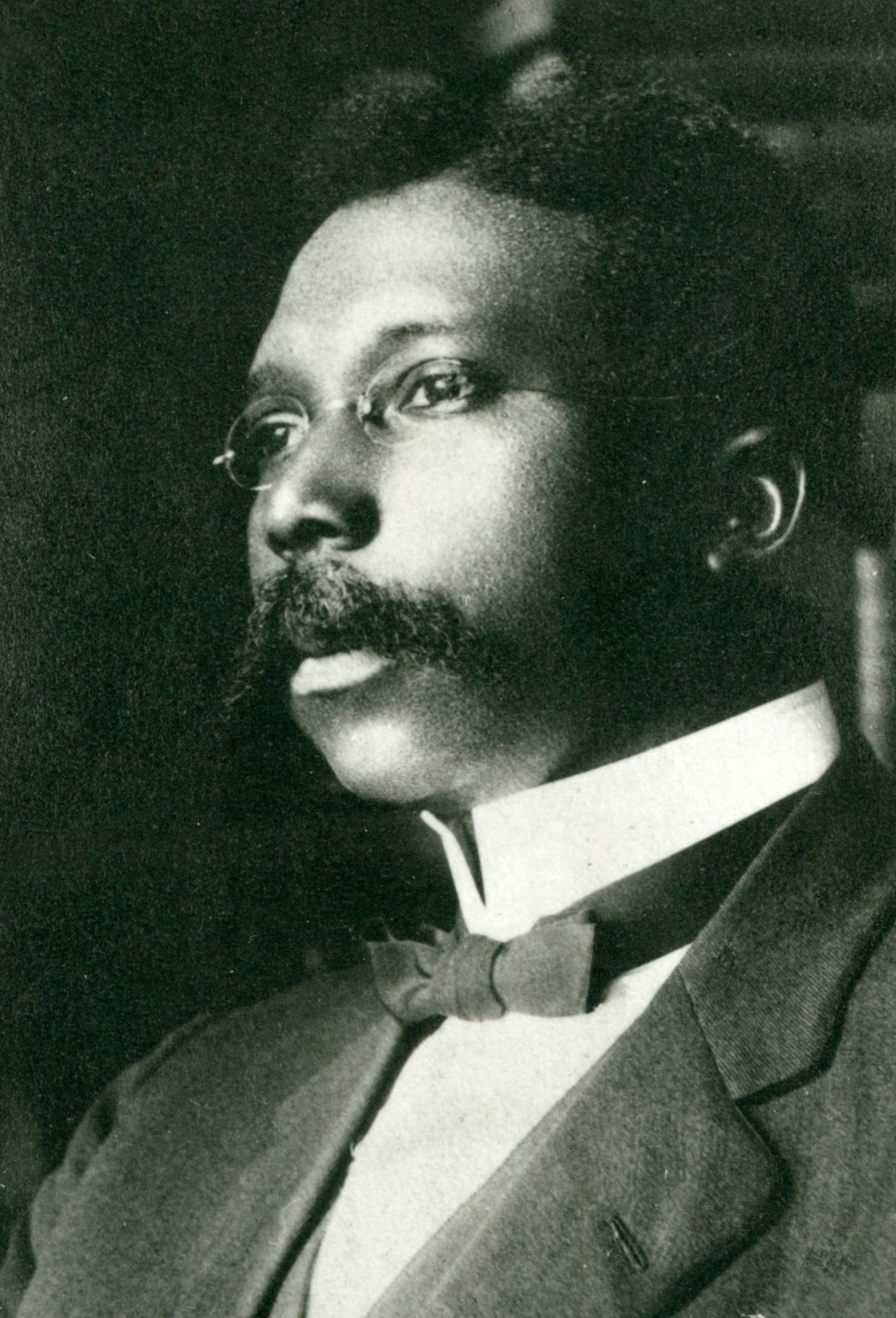 Dr. Eugene G. Covington was McLean County’s first and only African-American physician until the 1930s.

BLOOMINGTON — Dr. Eugene Covington was the only Black medical professional to successfully practice in McLean County until the late 20th Century and was remembered Tuesday as one of the original Black leaders in Bloomington-Normal.

Covington is the first Black McLean County resident to be profiled in a three-day educational series sponsored by the YWCA McLean County and McLean County Museum of History. The series, “Presence, Pride and Passion: A History of African Americans in McLean County,” is in honor of Black History Month and will continue Wednesday and Thursday by Jeff Woodard, director of marketing and community relations at the museum.

The biographies of World War I veteran Willis Stearles and local activist Caribel Washington will be highlighted in a virtual event Wednesday and Thursday at 2 p.m. Registration is available here.

“This is something near and dear to me,” said Tiffany Lawson-Grant the chairwoman of the YWCA McLean County. “And we are thrilled that we are able to cooperate with the museum and bring this series.”

Born on Aug. 1, 1872, in Rappahannock County, Virginia, to former slave parents, Covington exhibited a sharp intellect from an early age. He eventually graduated from Howard University, a historically black school in the nation’s capital, Woodard said.

By the 1890s, to cite several representative examples, African Americans could not stay at Bloomington hotels, and if they wanted to attend a local theater they had to sit in the back rows.

“We don’t know if he had a nurse or receptionist but he would make house calls to patients unable to visit his office,” he said. “Covington always arrived at house calls in a car driven by his son, Girard. Although Covington owned a car, he never drove one himself.”

“He was known for being well-dressed, classy, and occasionally was thought of as being pompous by some,” Woodard added. “He was quite a character. When he stepped into a room, you knew he was somebody.”

Although he was successful as a doctor, he often fell on hardship, according to Woodard. Other doctors undercharged Black patients who were otherwise unable to pay but of course he was dependent on those Black patients.

“Once he began establishing his practice in Bloomington, he used to rush his buddy in and out of the yard to give the appearance that he was always busy,” Woodard said. “It was like the wild, wild, west.”

He had both Black and white patients, and was a surgeon, but could not perform surgery without a white doctor in the operating room to supervise.

“Covington was outspoken on issues of voting, education and employment and fought throughout his life against racism,” Woodard said. “And he suffered for that.”

Woodard told the story that Covington convinced the mayor of Bloomington to hire a Black patrolman.

“He was hired and fired, but Covington was able to persuade the mayor to hire him back again,” he said.

“Dr. Covington emphasized education as a way for young African-Americans to have opportunity for success,” he said. “I imagine he used a lot of what he learned at Howard University and put forward his beliefs.”

3 p.m. Thursday: Looking at the accomplishments of Claribel Washington, whose passion for civil rights guided her principles throughout her life.

He once told a Sunday School convention in 1903 that he felt proud of the progress that Black people were making and hoped that it would continue. He promised to do all in his power to help build up his race.

Covington ran for city council in 1915, but did not secure enough votes in the primary to advance to the general election. He attended Wayman AME church and was a trustee. He was active in the NAACP

He died at Mennonite Hospital in Bloomington in 1929 and the age of 56.

“I felt like he was a tortured soul,” Woodard said.

A Friday the 13th prank

This Black History Month, we spoke with Linda Foster, president of Bloomington-Normal branch of the NAACP, about what the observance means to …

Jeff Woodard, director of marketing and community relations at McLean County History Museum, will present the biographies of three local African Americans and how they made their mark in McLean County. The three 45-minute presentations will take place virtually on Zoom next week.

In late October 1921, the Bloomington Buffaloes, a “colored” basketball team, defeated a rival club called the Independents by the score of 48…

As vaccine supply continues to limit the ability of health providers to vaccinate all eligible people who want the COVID-19 shot, Gov. J.B. Pritzker said Wednesday he feels optimistic that Illinois is "getting closer and closer to widespread availability that we all want."

Lee Enterprises, parent company of The Pantagraph and owner of 76 daily news organizations across the country, is hosting a nationwide virtual…

"If you don’t have a good, healthy head of hair, the style doesn’t mean anything," says Carolyn Ware, who opened Carolyn's Beauty Shop in 1965.

The McLean County Museum of History each week shares stories and artifacts from our local history.

Dr. Eugene G. Covington was McLean County’s first and only African-American physician until the 1930s.