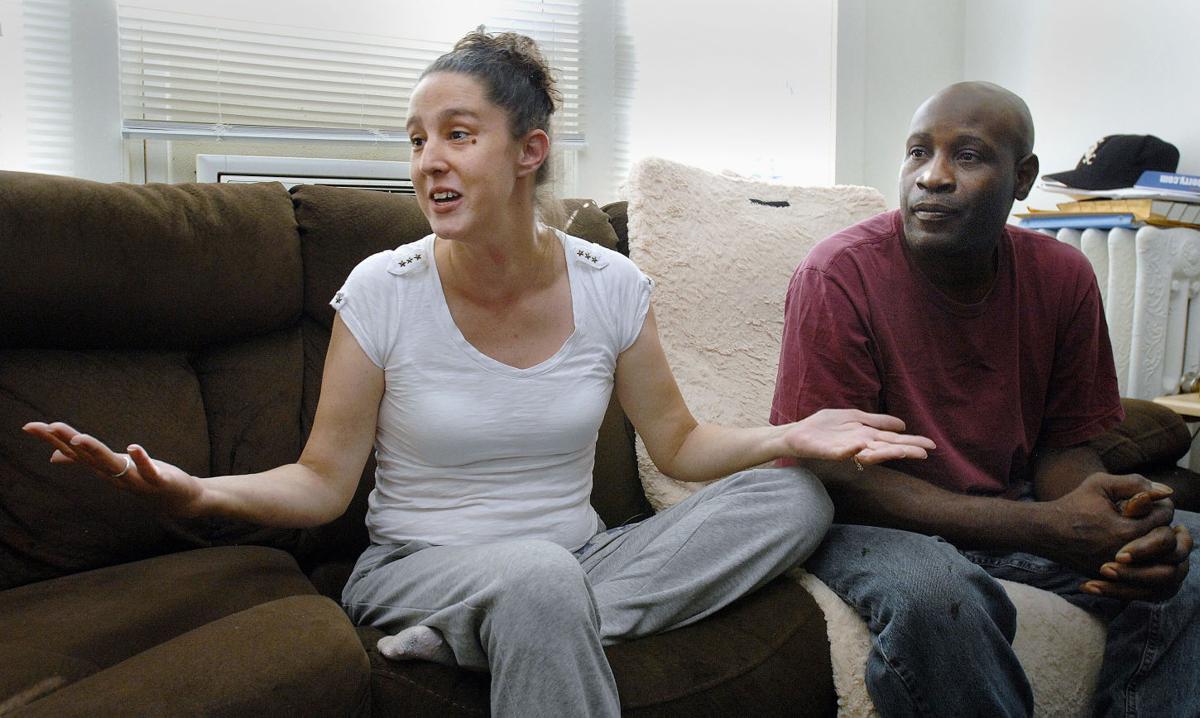 In this Sept. 23, 2014 photo, Amanda Ware and her husband, Leo, talk in their apartment in Chicago about their fight to regain custody of their children. On Tuesday, a judge ruled that a guardian will be appointed to make decisions regarding the three children. 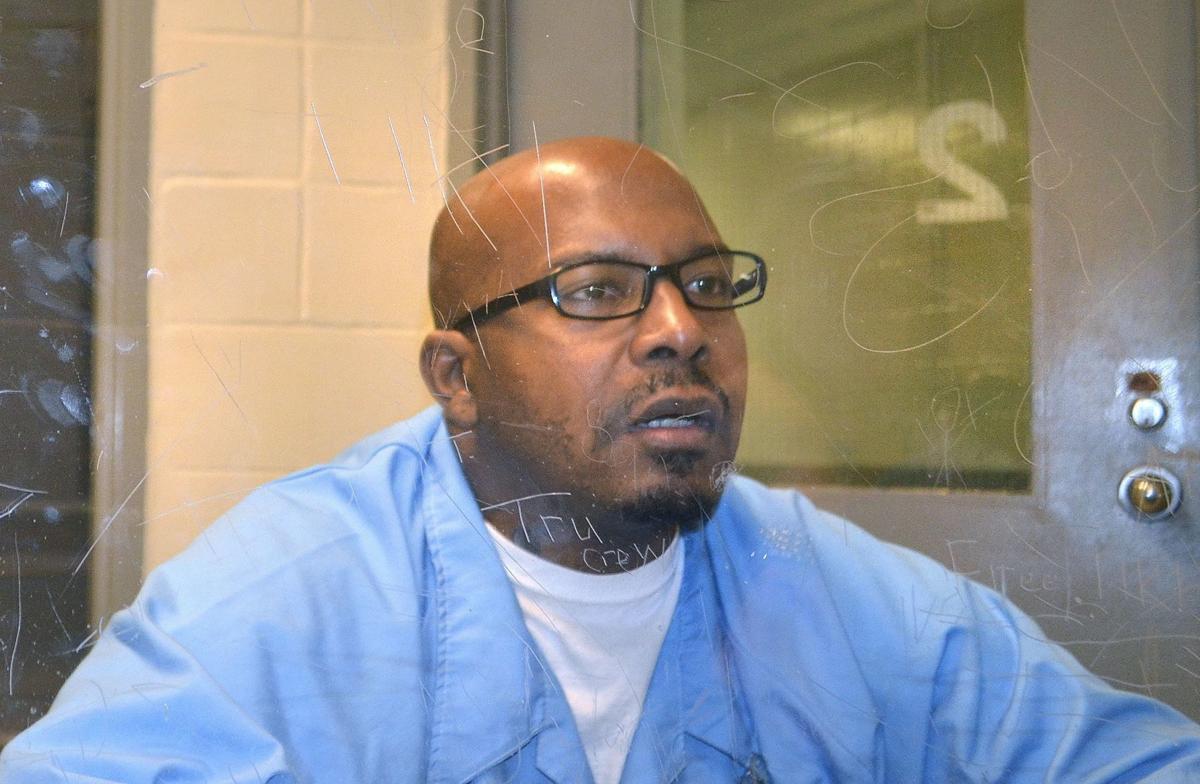 Maurice Lagrone sits behind a glass window marred by graffiti during a recent interview with The Pantagraph at Western Illinois Correction Center where he is serving a life sentence for murder. LaGrone expressed regret for the deaths of three children, but still maintains they died accidentally in Clinton Lake 14 years ago.

CHICAGO — Amanda Ware and her husband agreed to a guardianship agreement Tuesday that will allow a family member to make decisions about the couple’s three children, resolving a nearly three-year legal battle between the state and Ware, whose first three children drowned in 2003 at Clinton Lake.

The agreement means Ware will not regain custody of the children.

The three children, born since her marriage to Ware, will remain with a member of Leo Ware’s family in Chicago where they were taken after being removed from the Wares' home.

On Tuesday, a Cook County judge accepted a recommendation from the state that the children remain with the family member and that the parents be allowed to visit. Leo Ware will have unsupervised visits, but Amanda Ware will be supervised during her time with the two girls, now ages 7 and 5, and a 3-year-old boy.

The hearing ends the involvement of the Department of Children and Family Services in the case and transfers care and decision-making to the relative whom The Pantagraph agreed not to identify to protect the privacy of the children.

"Perhaps it's time for us to step out," Carol Casey, court-appointed guardian, said of the state's role in the case.

The Wares did not speak during the hearing other than to acknowledge their agreement to the guardianship.

The Wares declined to comment after the hearing, but Leo Ware said he plans to continue efforts to regain custody of the children. The Wares are no longer together but are involved in their children’s lives.

Amanda Ware, known as Amanda Hamm before she married Leo Ware, lost custody of her two daughters and their newborn baby brother in March 2014 after a Chicago doctor recognized her from the drowning case that led to murder charges being filed against her and her former boyfriend, Maurice LaGrone Jr.

Ware was in the hospital recovering from the birth of her son when the child welfare investigation began.

In separate trials in 2006, Ware was convicted in child endangerment and LaGrone was found guilty of murder.

She was sentenced to 10 years in prison, but only served about 14 months after she received credit for time served in jail awaiting trial and day-for-day credit on her prison term.

Convicted of murder by a McLean County jury in 2006, LaGrone was sentenced to life in prison in the deaths of Christopher Hamm, 6, Austin Brown, 3, and their sister, Kyleigh Hamm, 23 months old, when they drowned in the back seat of a car that rolled into the lake and sank. LaGrone had been driving, and Amanda Hamm was a passenger.

In 2016, Cook County Judge Demetrius Kottaras ruled the children, all under 10 years of age, should remain in state care while the Wares continued their efforts to regain custody.

In testimony Tuesday, caseworker Melba Mars said the children have bonded with their caregiver and are doing well in school.

The relative, who does not intend to adopt the children, "has demonstrated the ability to care for them and is committed to being their guardian," Mars told the judge.

In his remarks to the newly appointed guardian, the judge acknowledged that "this has put you in a rather awkward position" because of her relationship to the family, but he said he was confident that "you're going to look out for these kids."

The resolution that places the children under a guardianship was one of three options available under the law in cases of suspected abuse and neglect. Children may be returned home, adopted by others or placed in a guardianship.

In the case of the Wares, the children were not eligible to return home because the parents failed to make adequate progress to address issues that may have interfered with their parenting skills, according to the state.

The child custody case played out in a Chicago courtroom, including a 2015 trial with testimony from police officers who investigated the 2003 drownings.

Although no allegations were lodged against the Wares, Cook County prosecutors argued that the couple’s children were in danger of serious harm because of the 2003 case and Leo Ware’s criminal background. The couple separated in early 2016.

CLINTON — Every one of the 5,475 days that have passed since three young siblings drowned in Clinton Lake have been difficult but small things…

In this Sept. 23, 2014 photo, Amanda Ware and her husband, Leo, talk in their apartment in Chicago about their fight to regain custody of their children. On Tuesday, a judge ruled that a guardian will be appointed to make decisions regarding the three children.

Maurice Lagrone sits behind a glass window marred by graffiti during a recent interview with The Pantagraph at Western Illinois Correction Center where he is serving a life sentence for murder. LaGrone expressed regret for the deaths of three children, but still maintains they died accidentally in Clinton Lake 14 years ago.