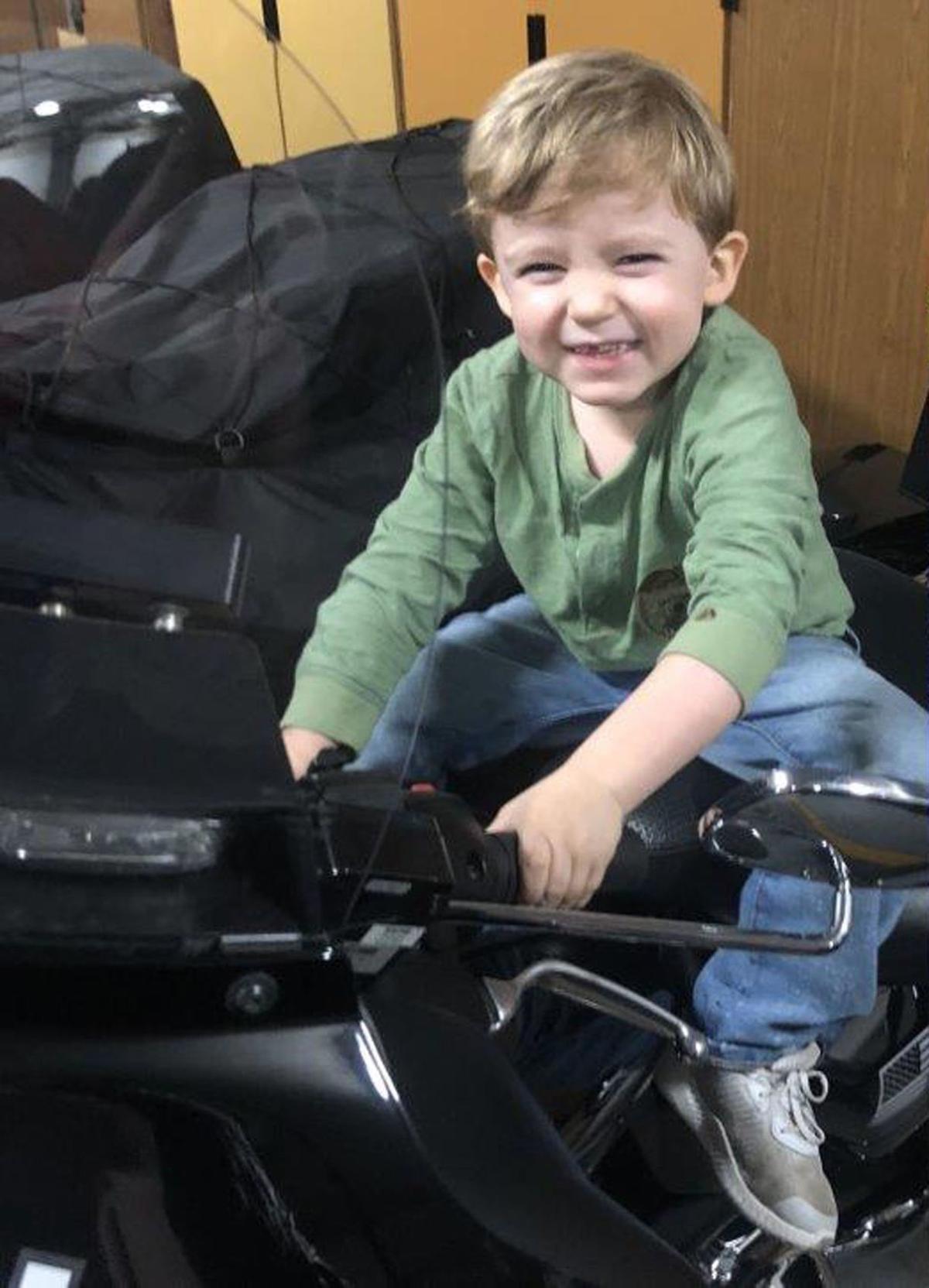 Michael Cadena Jr., known as Mikey, was reunited with his mother Amber Buck, Oct. 3 in Massachusetts after police in Weymouth assisted her in locating the child. This photo was released Oct. 26 by Buck's lawyer, Tristan Bullington. 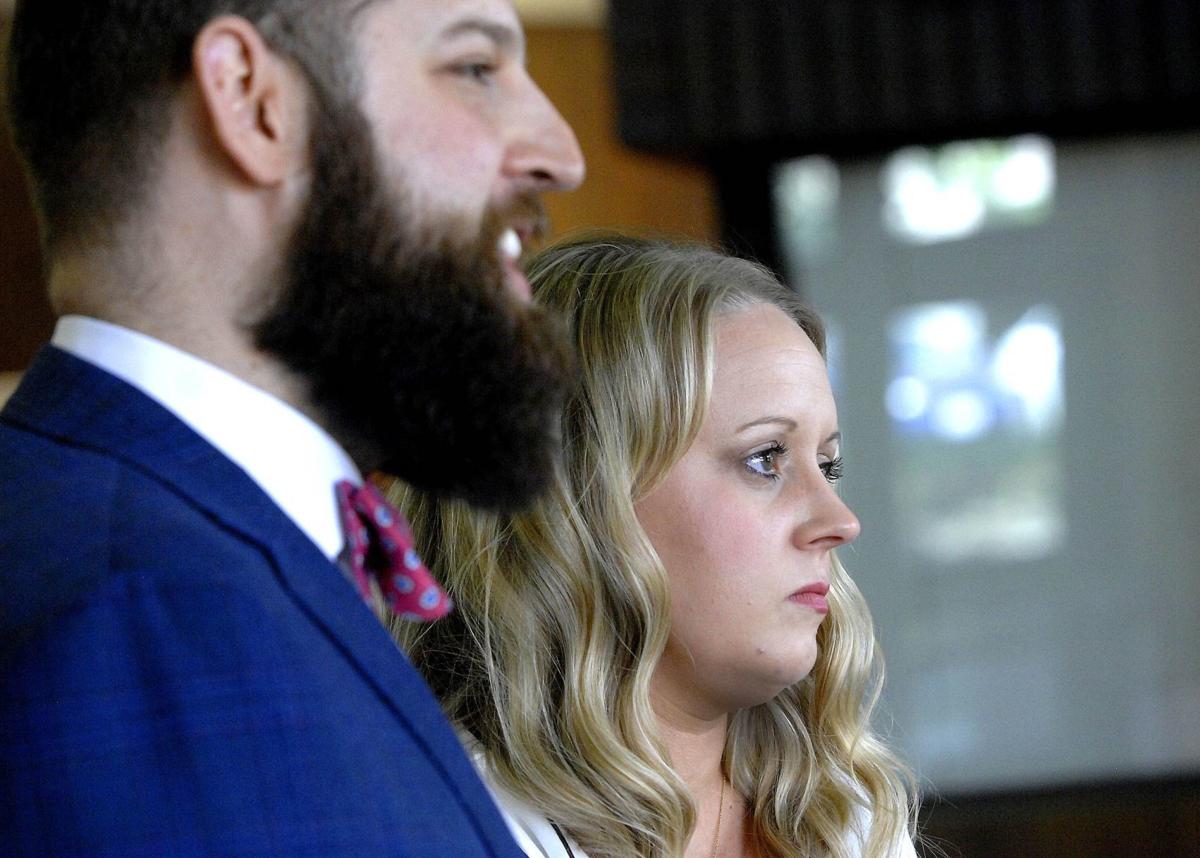 BLOOMINGTON — A 4-year-old boy at the center of a contentious McLean County custody dispute that has been widely shared across social media is doing well since being returned to his mother, according to a statement from her lawyer.

Michael Cadena Jr., known as Mikey, was reunited with his mother Oct. 3 in Massachusetts after police in Weymouth assisted her in locating the child, who reportedly was moved from house to house by relatives of the child's father.

The custody case between the parents, Michael Cadena and Amber Buck, has been a topic on social media and websites across the country for weeks.

On Friday, Buck's attorney, Tristan Bullington, released a statement with videos and a photo of the child after he was returned to his mother. The images were sent in response to a video distributed by the Cadena family and supporters that showed Mikey crying at the Weymouth police department as he spoke with a friend of the Cadena family.

"That video does not depict Mikey's social worker, foster parent or anyone with any guardianship role over Mikey," said Bullington.

During the short video taken after 10 p.m., "Mikey was misled to believe he was in danger. The video shows an exhausted and hungry 4-year-old reacting to being told by a stranger that he's in danger," said Bullington.

Not seen on the videotape was the warm reaction the child showed after he was taken into a room at the police agency to meet his mother, said Bullington.

The videos released by Buck through her lawyer show the child smiling as he sits on a police motorcycle at the Weymouth department, his visit to take cookies to the officers the following day and time at a playground after he was picked up by his mother.

Lawyers for Cadena could not be reached for comment on Friday.

Since his return to his mother's home in the Twin Cities, Mikey is "settling into his new routine with mom," said Bullington. The child has seen a pediatrician, child psychologist and members of law enforcement, and will continue to see his psychologist on a regular basis, said Bullington.

The legal dispute was initiated by Cadena in 2014 with a petition for custody of his son. Both parents have a history of drug use and convictions; Buck is currently on probation for a 2016 drug case.

Cadena took the child to Massachusetts in March 2017 without the court's permission and has ignored six orders from McLean County Associate Judge Lee Ann Hill to return to Illinois with the boy. Cadena has charged the boy was abused by his mother during the time he lived with her, a claim Buck has denied.

In June, custody of Mikey was given to Buck and in September, the judge found Cadena in direct criminal contempt of court and issued a warrant for his arrest. He was jailed for several days in Massachusetts, but released after Hill changed the warrant terms to exclude his extradition to Illinois based on the child's return to his mother.

But Cadena still faces arrest on the contempt charges if he returns to Illinois. He also must serve six months in jail for contempt.

Two appeals are pending — one in Illinois on the contempt finding and one in Massachusetts related to Cadena's request to move the case to that state. An attempt by Cadena's lawyers to transfer the case to federal court in Peoria  failed.

This video was provided to The Pantagraph by Tristan Bullington, lawyer for Amber Buck.

PEORIA — A federal judge has sanctioned the lawyer for a Massachusetts man involved in a controversial McLean County custody case, ordering he…

Father in custody case could leave jail in Mass., face arrest in Ill.

Michael Cadena Jr., known as Mikey, was reunited with his mother Amber Buck, Oct. 3 in Massachusetts after police in Weymouth assisted her in locating the child. This photo was released Oct. 26 by Buck's lawyer, Tristan Bullington.