Bloomington police have a network of cameras on city streets. Here's where they are — and how they're being used.
21 comments
Share this
×

BLOOMINGTON — When Bloomington police were called in May 2017 to the scene of a brutal stabbing death at a west-side motel, supervisors immediately began reviewing video footage from department-issued cameras to find out who killed 27-year-old Shannon Hastings.

Police say Bloomington’s network of cameras, which spreads throughout the city in public areas, has provided a valuable view of the city and helped officials solve crimes and get convictions. But the use of cameras has also raised questions about privacy and how far the program will go.

The most recent camera installation was placed near the intersection of Howard and West Market streets, though the equipment isn't kept in one place for longer than a few months.

The cameras have been in use since 2013 and are deployed based on complaints and analysis of police reports, incidents and calls for service.

Of the eight mounted cameras and two towed camera units, a few are currently down for repairs or updates. One previously at Market and Howard is now on Market just west of Howard; others are at Tracy Drive at Oak Creek; the 1200 block of Orchard Road; Washington Street at Lee Street; Euclid Avenue at Olive Street; and South Morris Street at Six Points Road. McQueen said the cameras are moved based on need and crime analysis.

Police agencies around the world have turned to the devices as the technology has become more portable and less expensive.

But privacy groups, including the American Civil Liberties Union, have raised concerns about whether the technology is too pervasive. One specific area of concern is the use of facial recognition software.

Bloomington officials say the use of the technology clearly is having an impact.

“We find, over the course of time, that in order to solve some crimes, an interdispersing of cameras throughout the city does have value,” Donath said.

The Bloomington chief said cameras not only help the department reduce crime but also help to reduce the fear of crime.

Gary Muhammad, a barber at A Kut Above at the corner of Howard and Market streets, assumes a camera was placed near that intersection because there have been “a few minor things happening in this area” over the years.

“But I would say that nowadays things have calmed down considerably, whether the cameras had a part in that, I don’t know,” he said.

The key to the program is transparency, he said.

Bloomington police said that when a camera is installed in a new area, the department contacts nearby residents and businesses to field any questions.

But Muhummad said no one approached A Kut Above, although he believes the installation is good for the area.

“Probably all in all it’s a good thing that the cameras are there,” he said. “If it’s a measure to prevent crime or whatever, make the community more safe, then who can oppose being kept more secure?”

After a Facebook post about the cameras went up in January, the department engaged more with the community about camera use and gave more details, including:

The main concern relayed to the department is privacy — what do these cameras see?

In addition to pointing away from residential areas and instead toward roads, “Our newest deployments, as we’re switching them out, have the ability to mask out private areas,” McQueen said. “Some of them have the ability to mask out your address, your windows, a door, a pool, for example, and when a camera moves, the mask (adjusts) with the image ... An opaque box stays on the image. The technology just got there to allow that.”

Maintaining a reasonable expectation of privacy for residents is a priority.

“If we arrest you, we can’t just go through your phone. It’s going to be the same principles, the same reasonableness (with any footage),” said Public Information Officer John Fermon. “If the camera picks it up, even if we have access to that, we have to have a conservative approach and that’s why we’re being transparent about it.”

When it comes to privacy, Muhummad said, “We’re under observation no matter where we are — uptown, downtown, east side, west side. … If you’re not doing anything wrong, what do you care where there’s cameras?”

As cameras improve in resolution and capability, a new management system will help to keep police access conservative as well, McQueen said.

“We can lock employees out on a zoom camera. Let’s say it zooms 30 times; we can lock them at 15 so they can’t go any further,” he said.

McQueen said the department has received only one complaint or concern about the cameras since the program began.

“In the absence of complaints, we still want to be a good steward of public privacy as this program goes forward,” McQueen said. “You don’t want to lose trust in the department ... at any point in time.”

In Normal, Police Chief Rick Bleichner said his department has researched the use of cameras and even borrowed them from BPD after crime sprees, but “we don’t have a plan to get a program at this time.”

When canvassing areas where a crime is committed, officers also call upon businesses and residents with private cameras that could have recorded the incident.

“We’ve been doing that for a number of years. There’s always been businesses that had cameras; now residences are becoming more frequently a location for video as the Ring doorbells or (other alarm systems that provide video) become more commonplace,” Donath said.

The city allows businesses to register their cameras through the police department, so officers know where cameras might be available. The department doesn't have access to the cameras or footage unless provided by the business owner.

One of the BPD cameras was installed at the corner of Washington and Lee streets, across from the alternative school. Jontry said he doesn’t have any concerns about its installation, as it’s “being used to keep everyone safe.”

“It’s 2020 now," Donath said "and we should adapt to the times that we live in. We should be a dynamic police department that does that kind of stuff."

Kyle Brestan was found guilty of murder in the 2017 death of a Shannon Hastings, who was found with 105 stab wounds in a west-side motel.

A 17-year-old male is in stable condition at a Bloomington hospital after a shooting incident Saturday night. Police say at approximately 7:30 p.m., officers were dispatched to St. Joseph's Medical Center's Emergency Room for a person shot.

Getting illegal guns off streets a step toward cutting crime, police and others say

After the deadliest year in Bloomington-Normal’s recent history, Twin City police are investigating fewer homicides than a year ago, but overall, violent crimes — particularly crimes involving guns — are running ahead of last year’s pace.

Bloomington, Normal and Illinois State University police and fire departments use social media to spread information with sarcasm, wit and an occasional pair of tights.

Bloomington stabbing victim in stable condition, no arrests made

No arrests have been made in a stabbing late Monday that left a man hospitalized, police said Wednesday. 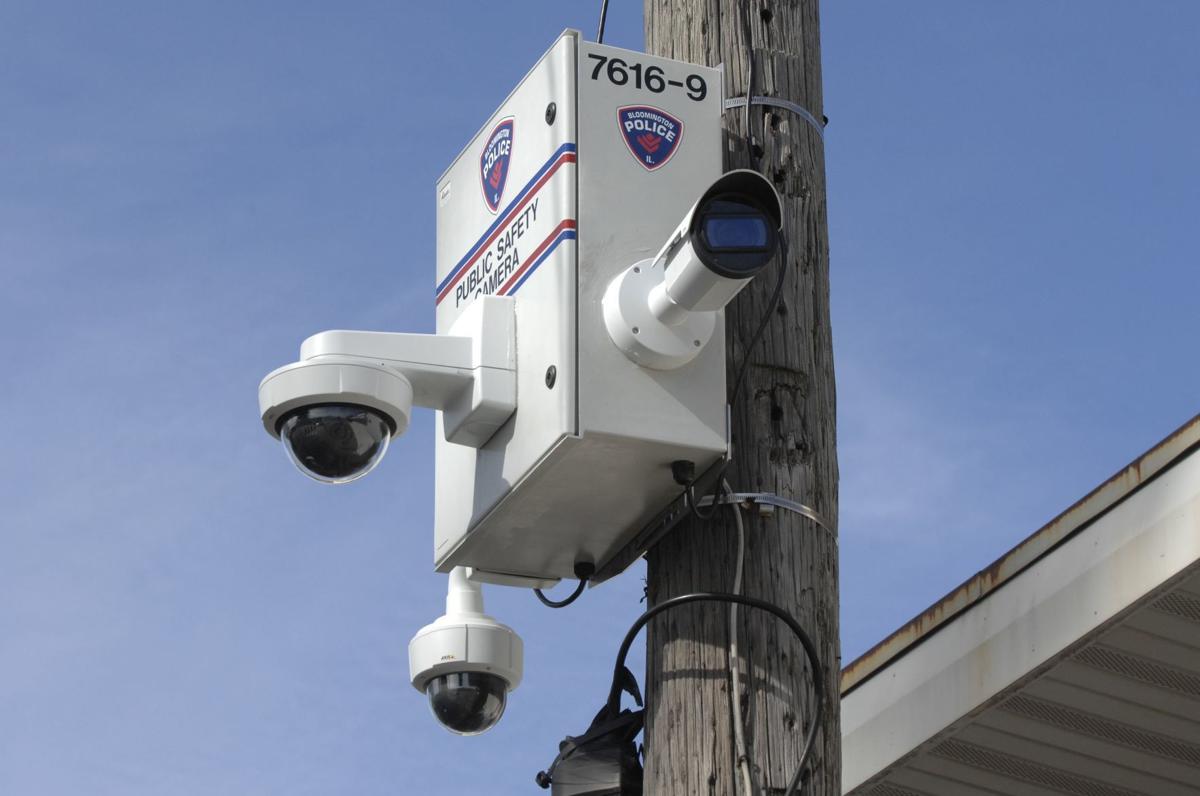 A Bloomington Police Department security camera looks over the neighborhood along Market Street between Howard and Morris avenues. 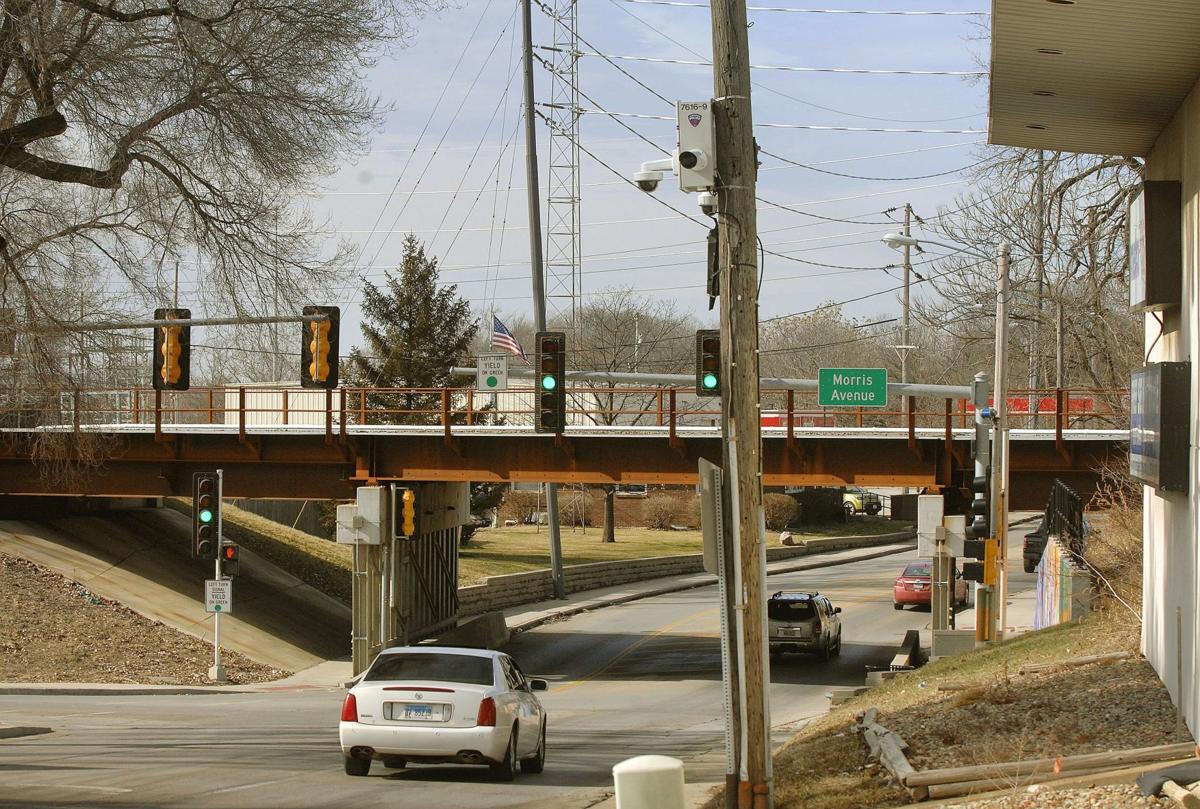 The latest Bloomington Police Department security camera is mounted on a utility pole on Market Street between Howard and Morris avenues. The box mounted on the pole is equipped with three high resolution cameras.