Looters broke into Target and the Bloomington-Normal Walmart stores, among others. Walmart and Target were closed Monday.

Normal Police Chief Rick Bleichner said his department is working on plans for deploying additional officers Monday, but declined to elaborate. Bloomington police did not comment on plans for Monday.

Two people were in custody early Monday and several others were identified as persons of interest but not yet in custody, said Bleichner.

At Target, 301 N. Veterans Parkway, Normal, a couple hundred people exchanged words with officers and then started throwing bottles, rocks and bricks after officers turned back a break-in attempt at the store earlier in the night. Bleichner said seven Normal squad cars were damaged.

"It was very confrontational for a couple of hours and that's when it turned violent," Bleichner said. "It's senseless, it's unnecessary, it's sad. We've had no serious injuries or deaths and we'll do everything we can do keep it that way."

About 35 officers blocked entry to the store, but Bleichner withdrew them to avoid injuries and the looters moved in. He could not address the extent of loss or damages.

He said a few officers suffered minor injuries such as bumps, bruises and scrapes that required first-aid treatment at the scene.

Overnight violence also was reported in Peoria. Champaign police were looking for whoever made a social media post encouraging looting at a local mall, and Springfield encouraged residents to stay home, stopping short of calling it a curfew.

Around 4 a.m., police were at the Target store bringing out material as an alarm blared from inside. Broken glass glittered in the parking lot and a front door was shattered.

At nearby Von Maur, all exterior doors and windows were covered with plywood. No other stores in the Shoppes complex appeared damaged.

At Axline, workers were cleaning up and replacing the front glass doors.

Looters also broke into the Walmart, 300 Greenbriar Drive, Normal, and continued to run from the store and speed away even as police secured the parking lot. Police still were there, blocking all the entrances to the parking lot, at 4:15 a.m.

The overnight violence followed a peaceful rally and march Sunday afternoon to bring attention to racism and the death of George Floyd, a black man who died after a white police officer in Minneapolis pressed his knee into Floyd's neck.

Police fired tear gas and projectiles at demonstrators defying a Denver curfew Sunday night following a day of peaceful marching and chants of “Don’t shoot” alongside boarded-up businesses that were vandalized the night before.

The entire Washington, D.C., National Guard — roughly 1,700 soldiers — was called in to help with the response to protests outside the White House and elsewhere in the nation’s capital, according to two Defense Department officials.

Nationally, Target, CVS, Apple and Walmart all said Sunday that they had temporarily closed or limited hours at some locations for safety reasons. In some places, their stores have been burned, broken into or looted as protests turned violent.

This is a developing story. Check back for updates.

Watch now: The latest on looting overnight in Bloomington-Normal

This is a developing story from The Pantagraph. Updates and photos throughout the day at Pantagraph.com.

More than 100 incidents of vandalism reported in Bloomington-Normal

The mayors of Bloomington and Normal are going to let local law enforcement determine how to proceed to deter the looting and vandalism that occurred Sunday night and early Monday after a rally in Bloomington that drew more than 1,000 to show support for George Floyd.

Gov. J.B. Pritzker has activated the Illinois National Guard in response to violence over the death of George Floyd.

Bloomington-Normal retailers cleaned up Monday after a night of vandalism and looting that followed protests about the death of a black man by a white police officer in Minneapolis.

Connect Transit service will end at 7 p.m. Monday and Tuesday in the interest of public and employee safety, the transit service says.

Federal authorities accuse Galesburg man of traveling to Chicago for protests with homemade bombs, charge him with inciting a riot

Watch now: No cause yet for overnight fire in west Bloomington

Firefighters haven't yet determined a cause for a fire that damaged a home early Wednesday on Bloomington's west side. No one was injured. 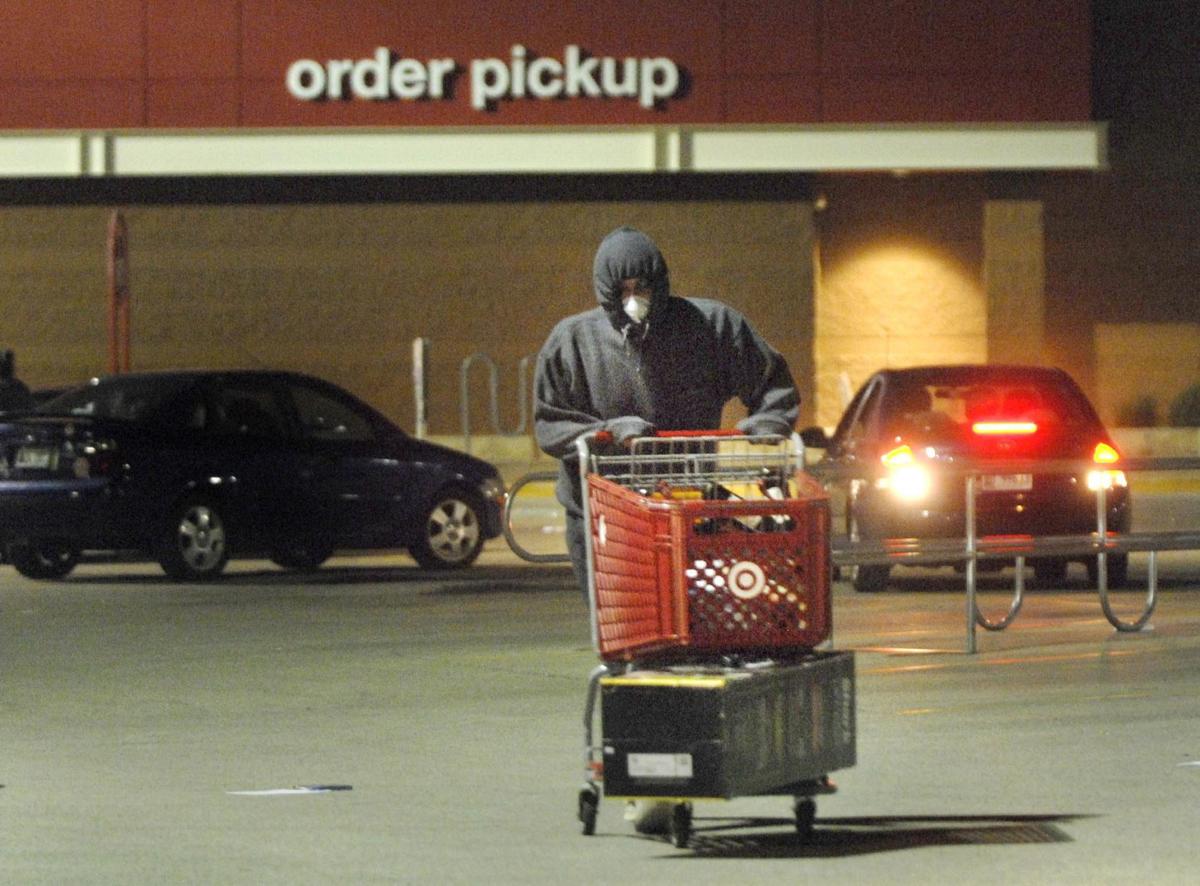 A man carries merchandise from Target in the Shoppes at College Hills early Monday, June 1, 2020, in Normal. Police had attempted to secure the store earlier in the evening. 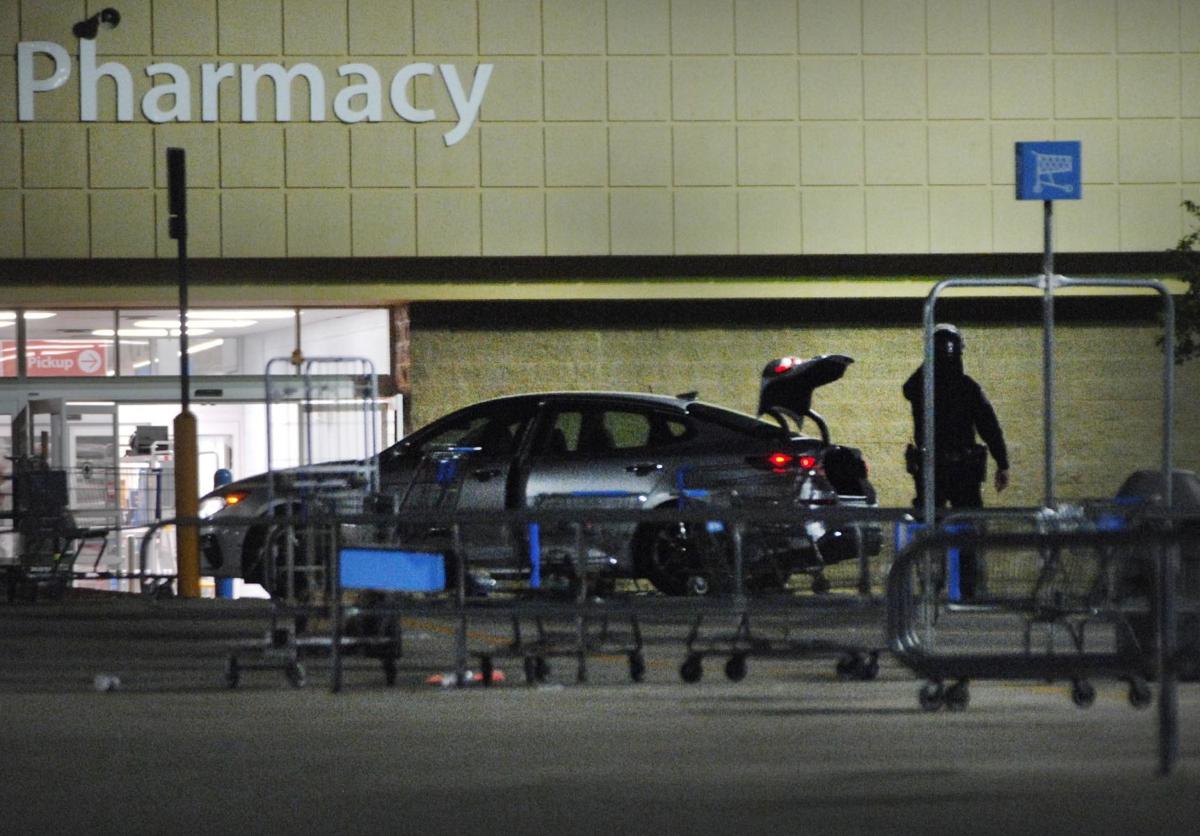 A Normal police officer attempts to stop a looter who was leaving Walmart on Greenbriar Drive early Monday, June 1, 2020. The looter drove off before the officer could make an arrest. 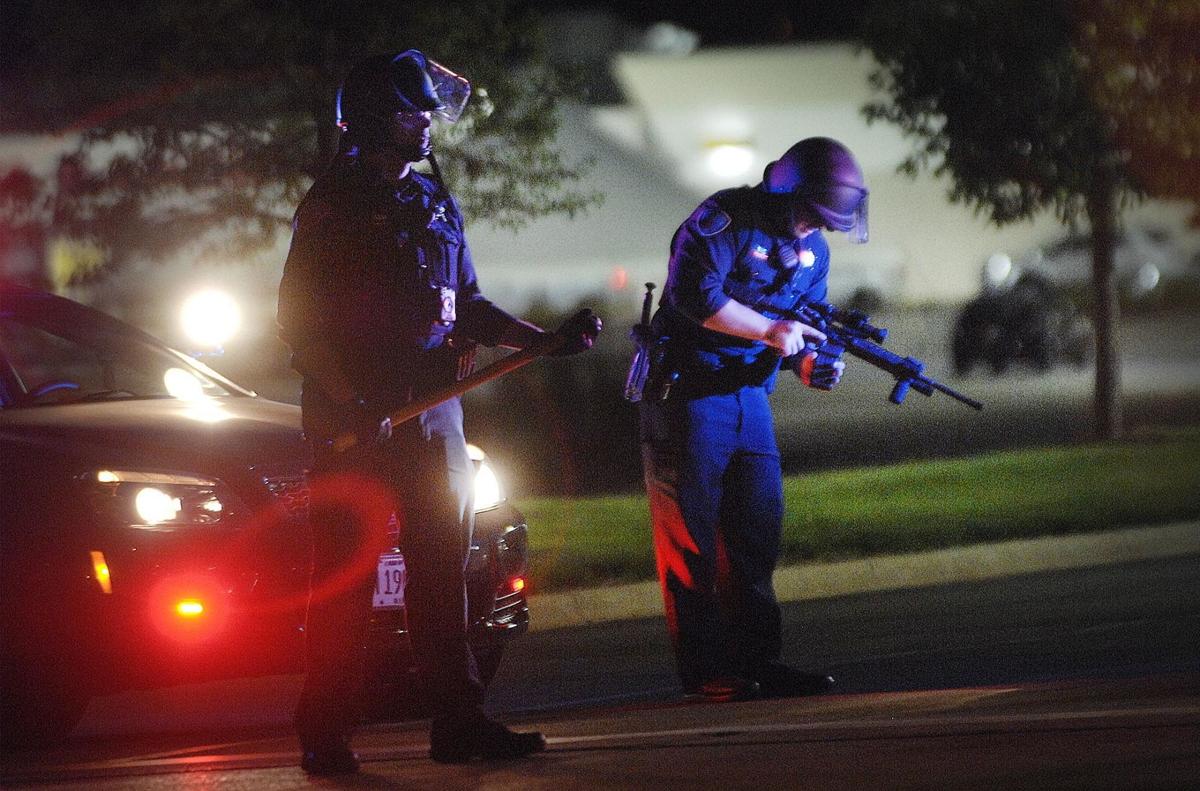 Police officers handle special weapons in their effort to secure Best Buy in Parkway Plaza early Monday, June 1, 2020, in Bloomington. More than a dozen cars were positioned in front of the Best Buy to prevent looting.