BLOOMINGTON — An original member of the committee formed to oversee review of complaints about Bloomington police officers says a recent interaction gave him cause for concern.

The city's police chief says a review of evidence, including a 43-minute recording of the interaction on the officer's body camera, showed that the officer acted appropriately. Art Taylor, a community leader and the first chairman of the Bloomington Public Safety and Community Relations Board, disagreed and said he and his wife, Camille, were frustrated by an encounter with a Bloomington officer on July 11 that began after a neighbor's complaint.

“Both Camille and I are very passionate about what happened,” Art Taylor said. “We are still in discussion with police for what we viewed as a preconceived guilt that we didn’t deserve.”

The Pantagraph obtained and reviewed video footage of the incident that had been released by the Police Benevolent and Protective Association Unit No. 21. John Heinlen, a member of the union's grievance committee, said union members wanted to make sure that the entire story was told.

"Things were being said that were not factual and we released it in defense of a union member so that all of the facts were available," he said.

The Taylors were first contacted July 11 by a neighbor who said a man in a truck had parked behind Camille Taylor's car, took photos of the license plate and announced he was going to “wait for the owner to come out of the house.” Out of concern, the neighbors contacted the Taylors, who were caught off guard by the information.

“Neither Camille nor me had gone anywhere in the car since Friday morning and our car had been parked on the street overnight,” Art Taylor said.

The vehicle left, but later, a Bloomington police officer — who has not been publicly identified — arrived and told the Taylors he was recording the meeting with his body camera. Taylor was familiar with the routine. He was named to the PSCRB in fall 2017 and in its first meeting in December 2017, was elected the group’s first chairman.

Complaints against officers are handled by the BPD, but any appeals are heard by the PSCRB. His two-year term as chairman expired earlier this year, but he remains on the seven-member board.

The video is digitally blurred, but the audio is clear and participants in the discussion are clear and recognizable. The Pantagraph is not posting the video because the neighbors could be identified.

Footage shows the officer told the complainant that the car was registered to an “older” couple. “If (the suspects) are younger ones, it is probably a niece or nephew or great-grandson or something which is pretty standard for them,” he said.

Asked by The Pantagraph what the officer meant by "them" in that context, Donath said: "'Them' refers to younger people, which is a direct reference back to what the victim referred to when she said "they (the suspects) were younger."

The officer collected the neighbors' names and added, “If they are going to be absurd with me, too, then, I will probably write a disorderly conduct violation and will put down that you were a victim of their disorderly conduct.”

“Apparently someone driving your vehicle — I’m not sure if it was you or somebody else — parked over on the other side of the street, pulled over for several minutes, and played a song and were saying ‘F-Trump’ and all of that,” the officer said.

The Taylors said the car had been parked all day and they had not yelled at anyone in the neighborhood or played loud music. They identified themselves as having lived in the same block for 29 years and said they were active in the community and Art was a member of the review board.

Later in the discussion, the officer told the Taylors that the suspects were "younger" people and that they were never suspects.

“As soon as I walked up, I didn’t believe it was you,” the officer said, “but I didn’t know if it was a family member or something like that.”

“We know it wasn’t you because there were younger teenagers in there,” the woman said.

Neither side appeared to be satisfied during the discussion and no citations were issued, but later, the Taylors said they were frustrated with the experience.

“This made us feel like it was a case of 'parking while Black,'” Art Taylor said later.

Speaking later, Art Taylor said he and his wife had issues with the neighbor "for falsely reporting what occurred," but said that was a separate issue from his concerns about how the officer handled the situation.

In a letter sent to local officials and community leaders, Taylor emphasized four points. He said the following:

"We have reviewed all the information to include: the entire officer's body worn camera video (approximately 43 minutes), the call to our dispatch call taker, the information given to our officer when dispatched, and the statement of a neighbor of the Taylors," Donath said. "It is our opinion that based upon the totality of circumstances that the officer was aware of at the time, the officer acted professionally and appropriately."

Taylor said he is concerned that if it could happen to them, it can happen to anyone.

“Camille and I have been bridge builders in Bloomington-Normal. Camille has lived in this community since 1972, first as an ISU student, then later as an educator in Unit 5 for 35 years,” he said. “Her resume of educational, civic involvement, and activism is well known in this community.

“I have been active in this community since my arrival in 1994. I have been a diversity trainer for State Farm and been asked to facilitate many community dialogue sessions during difficult times. We have worked to make this community safe, inclusive, and a better place to live.”

If you enjoyed this...

The months since George Floyd's death have seen more calls for police departments to look like the communities they serve, an effort McLean County agencies say they've undertaken for years. A special report:

Changes may be coming to the seven-member police advisory panel established three years ago to improve interaction between law enforcement and the community.

The Bloomington Public Safety and Community Relations Board has recommended that the Bloomington Police Department strengthen its notification policy when citations are voided.

Still needed? No complaints appealed to Bloomington police review board during 2018

BLOOMINGTON — While the number of complaints about Bloomington police conduct increased in 2018, none of the cases were appealed to the city's…

Hazlett: School uncertainties the same the world over

It’s a summer of uncertainty for everyone, but especially for teachers, students and parents as the coronavirus continues to impact schooling. See Susan Hazlett's latest column:

With COVID-19 cases on the rise in McLean County, health officials are encouraging businesses to continue educating employees and taking other steps to limit the spread.

The Connect Transit Board of Trustees suspended all fare collection for fixed-route and Connect Mobility services until Sept. 8.

Illinois State University President Larry Dietz said eliminating names in Watterson Towers with links to slavery is “the right thing to do."

Cards and letters of support, some carrying donations for more books on normalizing diversity in the local schools, have been filling Art and Camille Taylor's mailbox all week. 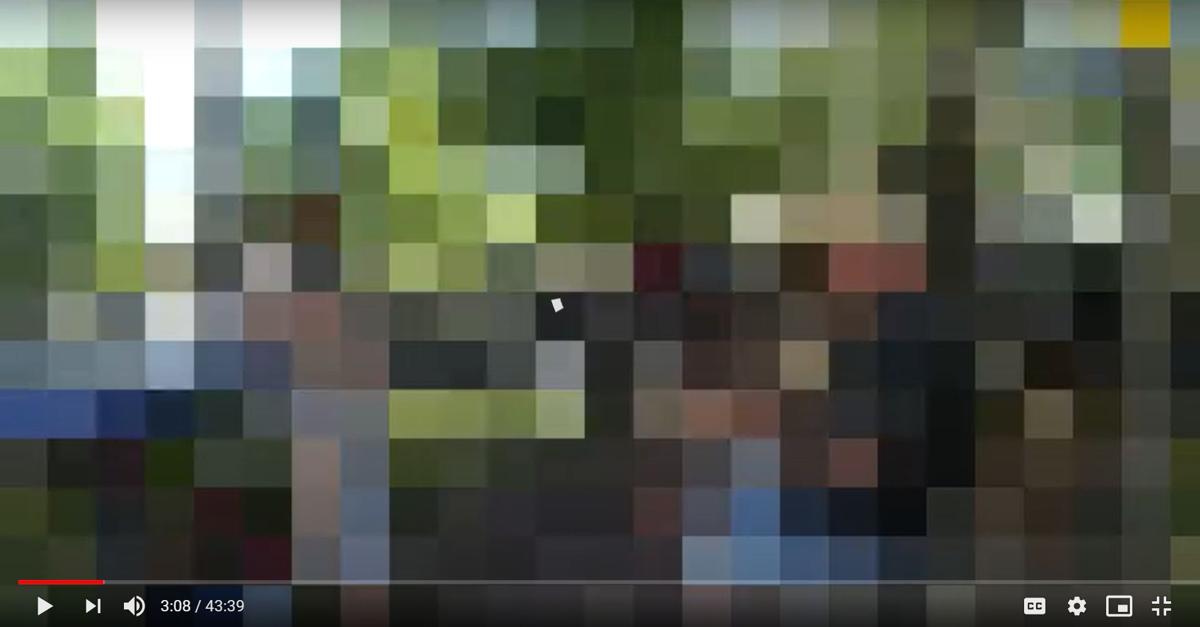 A screen capture of Bloomington Police Department body camera footage of a July 11 interaction is shown. The footage provided to The Pantagraph was pixelated. 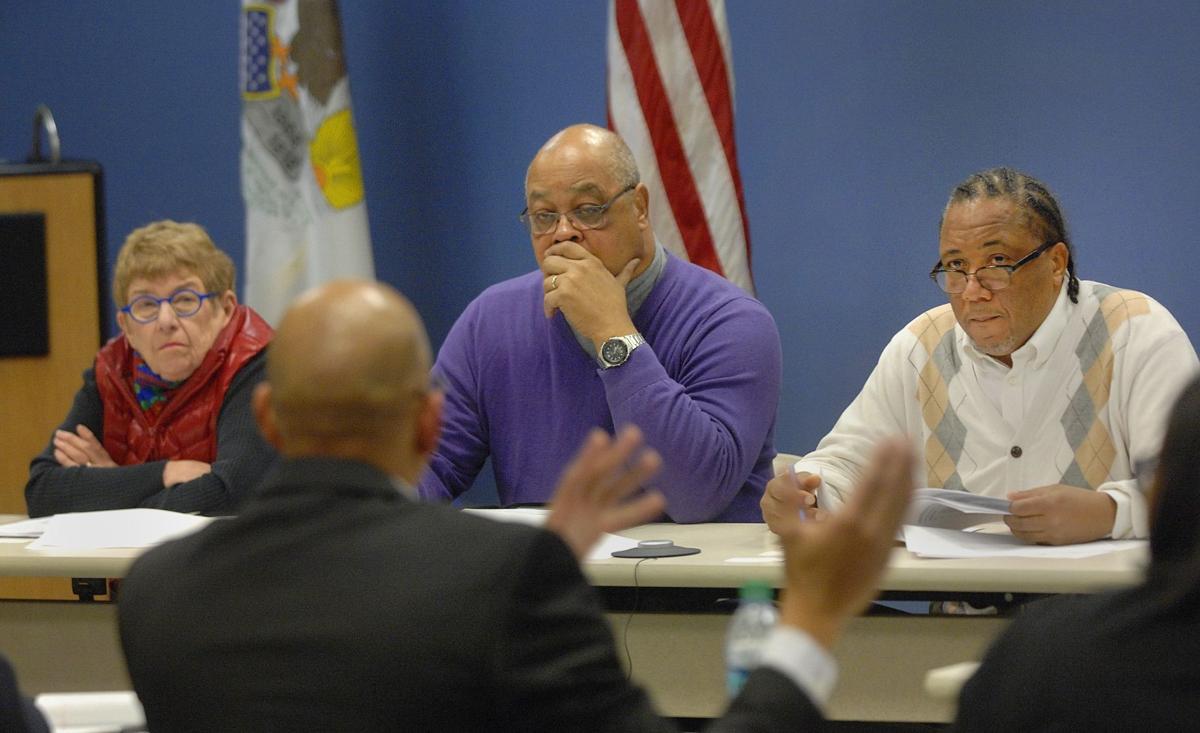 Former Bloomington Police Chief Brendan Heffner, foreground, explains procedures for the Public Safety and Community Relations Board to board members Sally Rudolph, Art Taylor and Jeff Woodard during the board's first meeting Dec. 17, 2017, at the police department. Heffner said the board would operate independently from the police department. 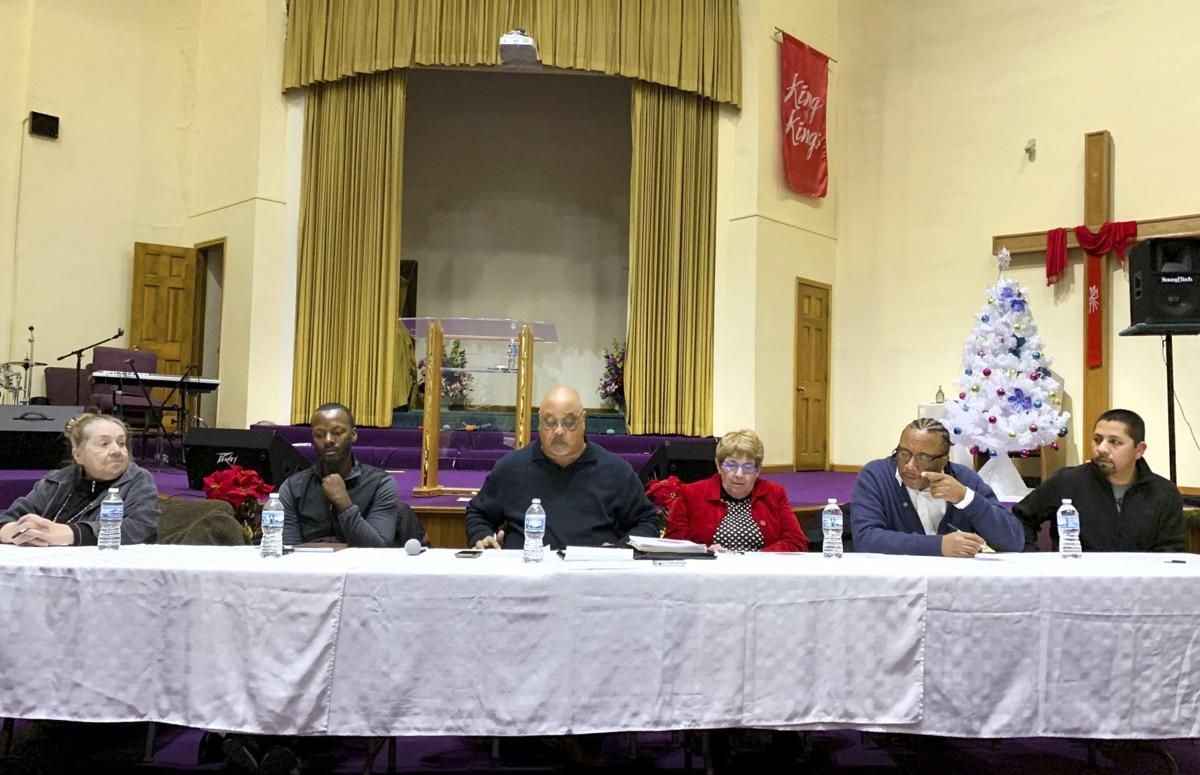 The Bloomington Public Safety and Community Relations Board met in December 2018 at City of Refuge Ministries in downtown Bloomington. Board members are, from left to right, Surena Fish, William Bennett, Art Taylor, Sally Rudolph, Jeff Woodard and Robert Bosquez. 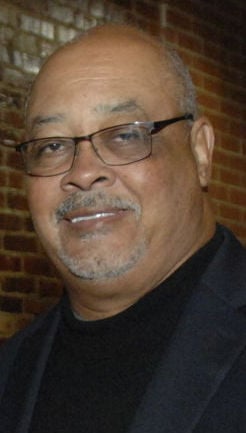 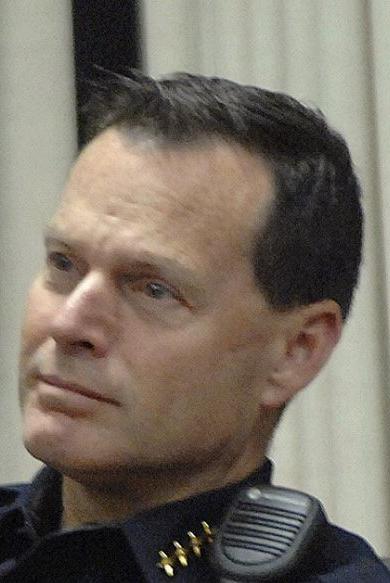