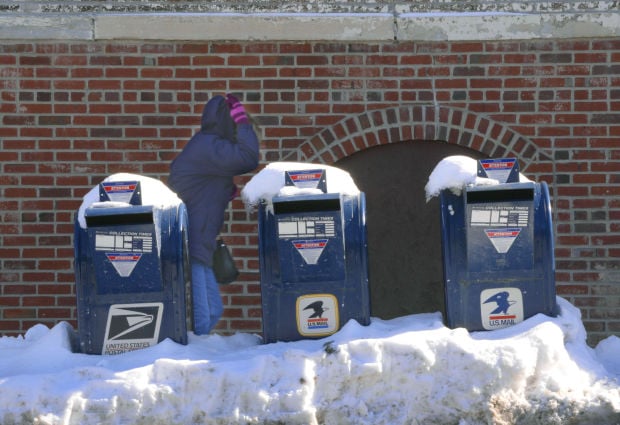 Three snow-covered mailboxes are shown recently on Center Street in downtown Bloomington. Forecasters are predicting another 6 to 8 inches of snow over the weekend. 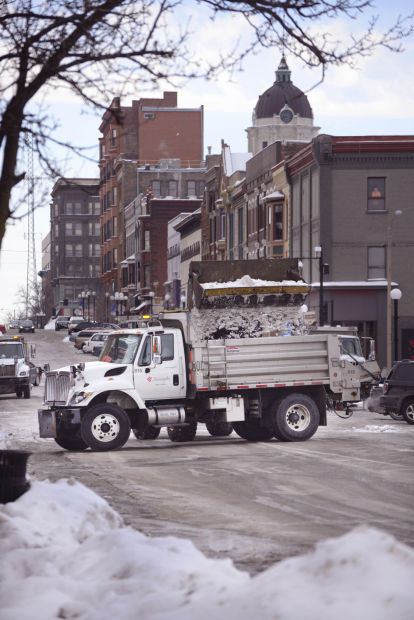 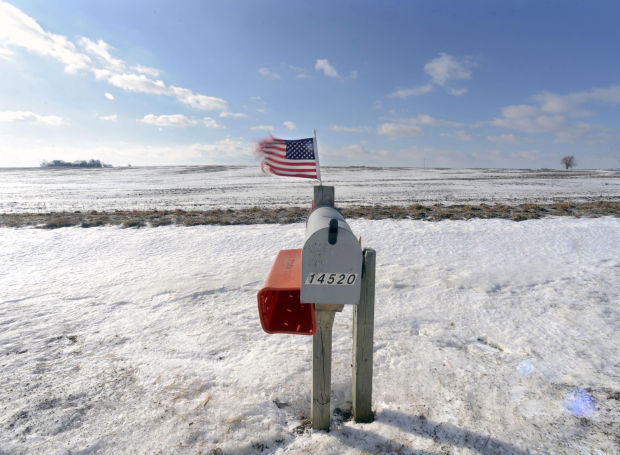 A strong wind from the west blows a small American flag on a mailbox along McLean County Road 2500 North near Hudson.

BLOOMINGTON — The Twin Cities haven't had this much snow during a winter season since record keeping started in 1893 — and we're about to get more.

Another big system is expected to arrive in Bloomington-Normal after 6 p.m. Saturday and bring another 6 to 8 inches through Monday morning, said Heather Stanley, a meteorologist with the National Weather Service in Lincoln.

"The snow will come over a long period of time," she said, and may only include a few brief breaks.

The amount of snow could change — depending on the track of the system — but because temperatures are expected to be in the 20s, the precipitation should come in the form of snow, she said. Areas south of Interstate 70 could see sleet, freezing rain and snow.

It will be the second system to come through our area this weekend. There is a 50 percent chance of snow after 7 p.m. Friday, but Stanley said that should only amount to an inch or less.

A north Normal weather station already has recorded 46.7 inches of snow — a number that tops the former snowiest winter record of 41.1 inches in the winter of 1961-62. The Twin Cities typically receive about 20 inches of snow during a winter.

From a meteorologist's standpoint, winter is December through February — meaning today is the last day of a meteorological winter. Astronomical winter, which is determined by how the Earth orbits the sun and the tilt of its axis, begins on the winter solstice (around Dec. 21) and ends on the spring equinox, which this year is March 20.

Nearly half of those below-zero temperatures occurred in February. As of Tuesday, the mean temperature for February was 16.4 degrees, making it the second coldest February on record, said Jim Angel, a climatologist with the Illinois Water Survey in Champaign.

Meanwhile it was the coldest and snowiest winter on record for Lincoln, according to the National Weather Service. Lincoln's mean temperature this winter — 20.9 degrees — tied the record set in 1977-78. Lincoln has received 41.6 inches, nearly 5 inches more than the previous record of 37 inches in 1981-82.

Angel said not only is more snow on the way but also the cold likely will be around for awhile. Long-range predictions show March, April and May likely will be colder than average. The average temperature for that three-month period is between 49.5 and 51.8 degrees.

There's another chance of snow on Wednesday night and Thursday, but Thursday's high is expected to be near 32 degrees.

Fourteen establishments within city limits have been fined by the Bloomington Liquor Commission since October for violating state COVID-19 mitigations, resulting in over $6,500 in collected fines.

Three snow-covered mailboxes are shown recently on Center Street in downtown Bloomington. Forecasters are predicting another 6 to 8 inches of snow over the weekend.

A strong wind from the west blows a small American flag on a mailbox along McLean County Road 2500 North near Hudson.