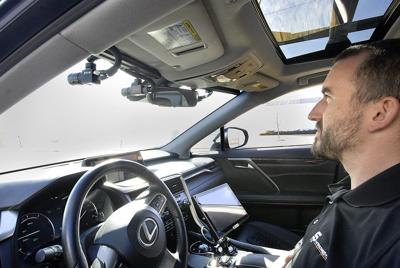 BLOOMINGTON — From State Farm to Rivian to AutonomouStuff, Central Illinois is playing a role in preparing for the future of transportation.

Self-driving vehicles may not be right around the corner, but they are just down the road.

Today’s cars already contain many automated features that take incremental steps toward autonomy. But if you liked Hyundai’s self-parking car commercial during the Super Bowl, you ain’t seen nothing yet.

From a company that started “in a barn in my backyard,” said Hambrick, AutonomouStuff now has offices in Detroit, Silicon Valley, Canada, China and Germany.

“It’s been a wild ride,” he said. “Since 2010, we’ve built more automated driving research vehicles of all sorts than anyone else.”

Illinois has a long history with automated vehicles, but “it hasn’t been at the consumer level,” he noted. For years, manufacturers such as Caterpillar, John Deere, Komatsu and Case IH have led automated vehicles used in agriculture and mining.

Rivian also has said it plans to incorporate autonomous driving into the vehicles it will be building in its Bloomington-Normal plant.

Bloomington-based State Farm, the nation's largest auto insurance company, is working with manufacturers, universities and policymakers to better understand not only how autonomous vehicles work, but how consumers react to them.

Barriers to be overcome are not all technical or financial.

Results of a AAA survey released Thursday showed that only 12 percent of drivers would trust riding in a self-driving car. Another 28 percent said they didn't know how they feel about the technology.

“Consumers have made it clear what it will take to overcome their doubts — consistent and transparent information — which will help make them feel safer about the idea of riding in a self-driving car,” said Molly Hart, a spokeswoman for AAA, a private consumer group that started in 1902 as the American Automobile Association.

Nearly 40,000 people die each year in motor vehicle accidents with humans behind the wheel, so “people don’t want to hear about a robot killing people,” Hambrick said. That means working “to ensure that this thing will be much safer than the human driver.”

Adds Ryan Gammelgard, counsel with the State Farm public policy resource group: “Adoption of autonomous vehicles is contingent on people having trust in the technology.”

People already are used to automated features, from cruise control to antilock brakes, and devices that alert drivers if they drift from their lanes or if another car is approaching as they back up. And Tesla's Autopilot and Cadillac's Super Cruise offer autonomous driving in certain highway situations.

“In technology, when convenience outweighs all your other fears, people adopt,” said Jerry Quandt, executive director of the Illinois Autonomous Vehicle Association.

A survey found that people whose vehicles have features such as lane departure assist “are more inclined to take their eyes off the road for a longer period of time than people without them,” said Laurel Straub, State Farm's assistant vice president of enterprise research. “Some of the … safety features can lull drivers into a false sense of security,” she said.

Self-driving vehicles are “the bright shiny object,” Quandt said, but the program is looking at a bigger picture that includes infrastructure and connectivity among all types of transportation.

“We’re trying to figure out how the systems are all going to work together and talk to each other,” he said.

Some states, such as Michigan, are ahead of Illinois in testing automated vehicles. “We’re happy for them to do that,” Quandt said. “Illinois has never been known for doing things that are sexy. … We build the things that make things work.”

Nearly 60% of respondents to the AAA survey said they would like to have a clear understanding of who would be legally responsible in a crash involving a self-driving vehicle. The question remains up for debate.

James Lynch, chief actuary of the Insurance Information Institute, said that a few years ago, “I would get two or three calls a month that wanted to talk about the death of automobile insurance” because of driverless cars. Today, he gets very few.

Among unsettled issues is whether lawsuits arising from accidents involving automated vehicles would switch from personal auto insurance claims against a driver to product liability claims against a manufacturer, Lynch said.

Time also is a factor: Disputed auto insurance claims tend to settle in a year or two but product liability cases and go on for five, six or more years.

“It’s a legal and public policy question,” he said.

As more people increase their modes of transportation — from ride-sharing and trains to rented e-scooters and walking — Gammelgard said State Farm customers are concerned with a basic need: “'Regardless of what kind of transportation I take in the morning, do I have some kind of insurance protecting me?' … We want to make sure our customers are protected,” he said.

According to figures from the Federal Highway Administration, there were 8,000 motor vehicle registered in the United States in 1900. By 1910, that number soared to 468,500, and by 1920 there were more than 9.2 million registered vehicles. Today there are more than 276 million.

Hambrick pointed to smart phones as an example of how attitudes toward technology can change.

When they first came out, Hambrick said, "Everyone was, like, ‘I’m not going to take my phone everywhere with me. I want to get away from my phone. … Now we can’t even go to the bathroom without taking it with.”

Driving into the future

What you should know about advanced vehicle safety devices

It might be awhile before there’s a fully driverless car in your garage, but there are important things to know about automation and driver “assistance” in vehicles today. 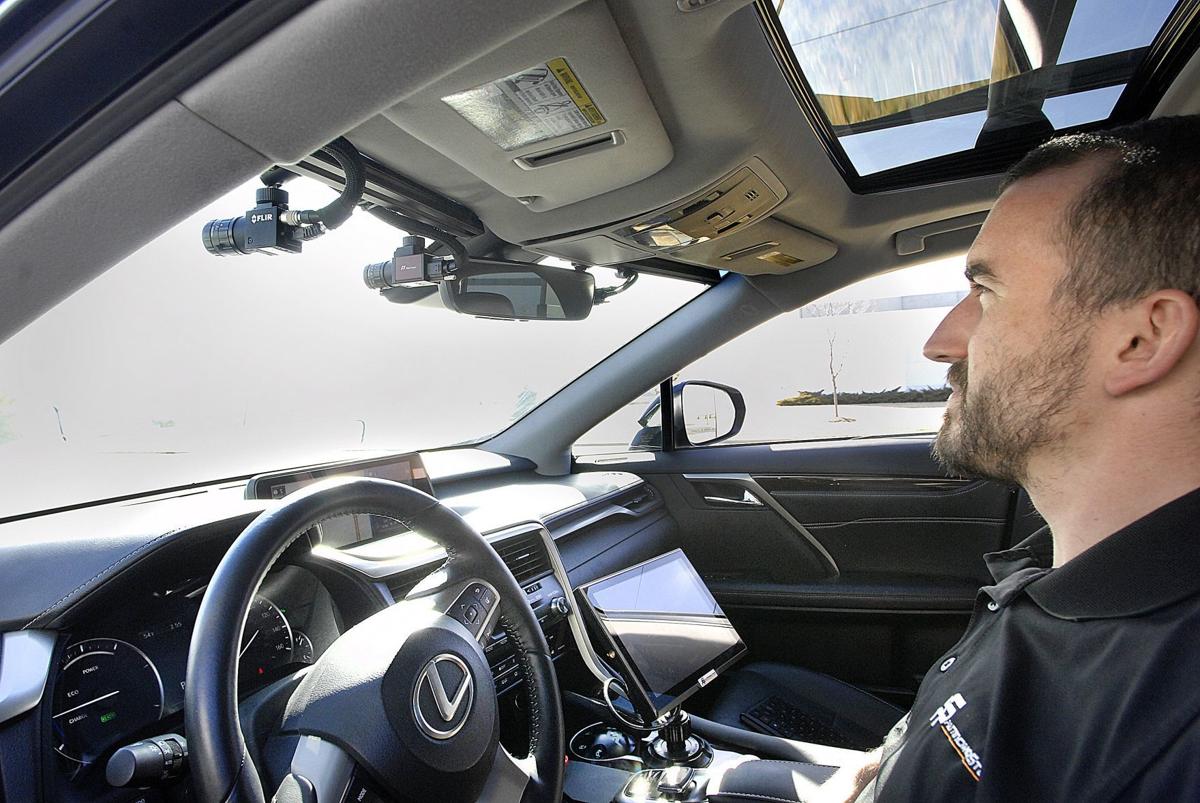 A variety of cameras and sensors line the cabin of a Lexus 450h sports utility vehicle as Chris Warren, engineering support manager at AutonomouStuff in Morton, explains how the systems interact Wednesday, March 4, 2020. The vehicle is one of many developed by AutonomouStuff that are sold to manufacturers who are experimenting with self-driving cars. 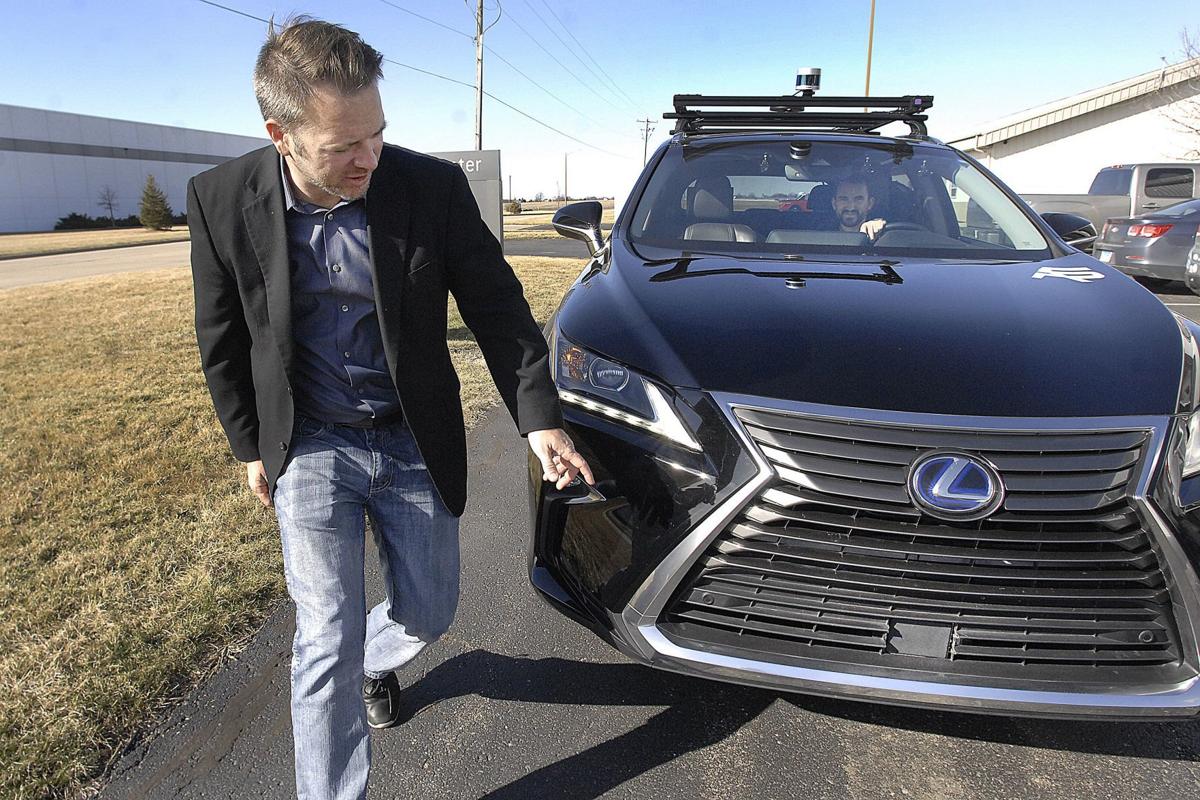 Bobby Hambrick, chief autonomous officer at AutonomouStuff in Morton, points out the location of a radar sensor on the lower grill of a Lexus 450h being developed at the laboratory Wednesday, March 4, 2020. 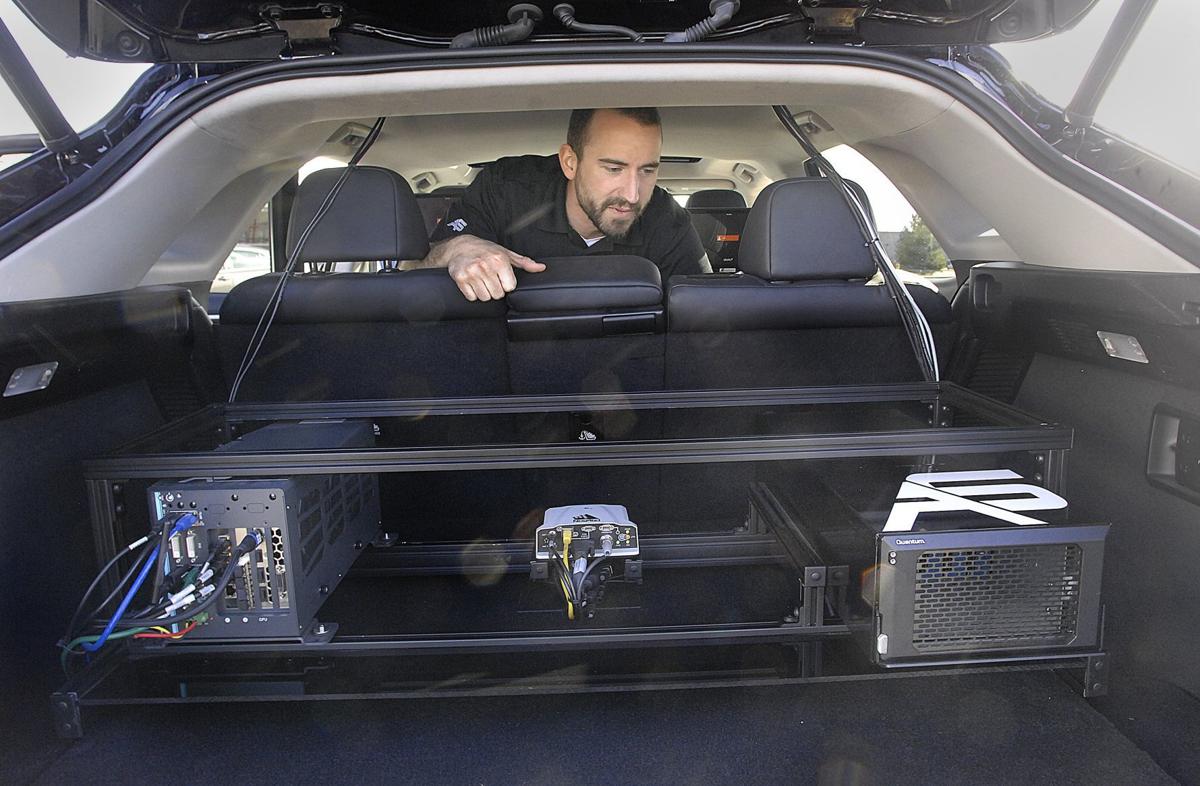 Chris Warren, engineering support manager at AutonomouStuff in Morton, looks at the brains behind the self-driving vehicle Wednesday, March 4, 2020. To the left is the electronic control unit, global positioning system and hard drive storage system. 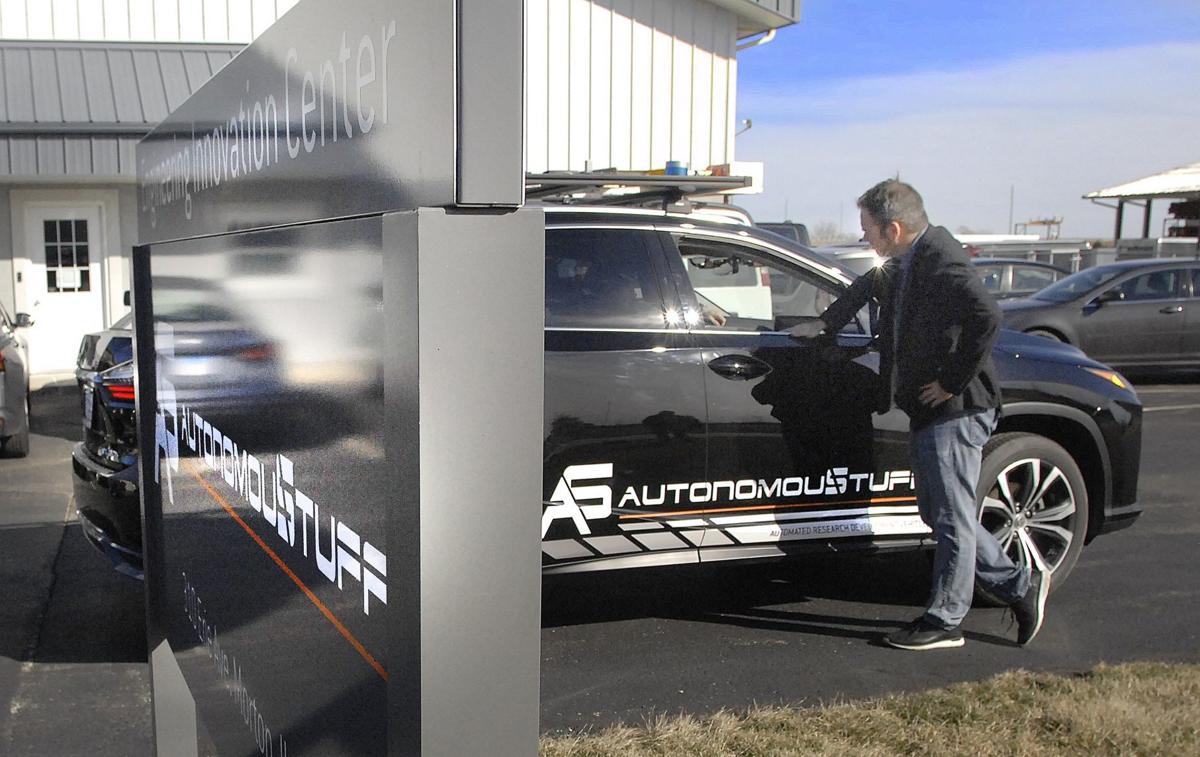 Bobby Hambrick, chief autonomous officer at AutonomouStuff in Morton, talks with Chris Warren, an engineering support manager who was driving a Lexus 450h being developed at the laboratory Wednesday, March 4, 2020. 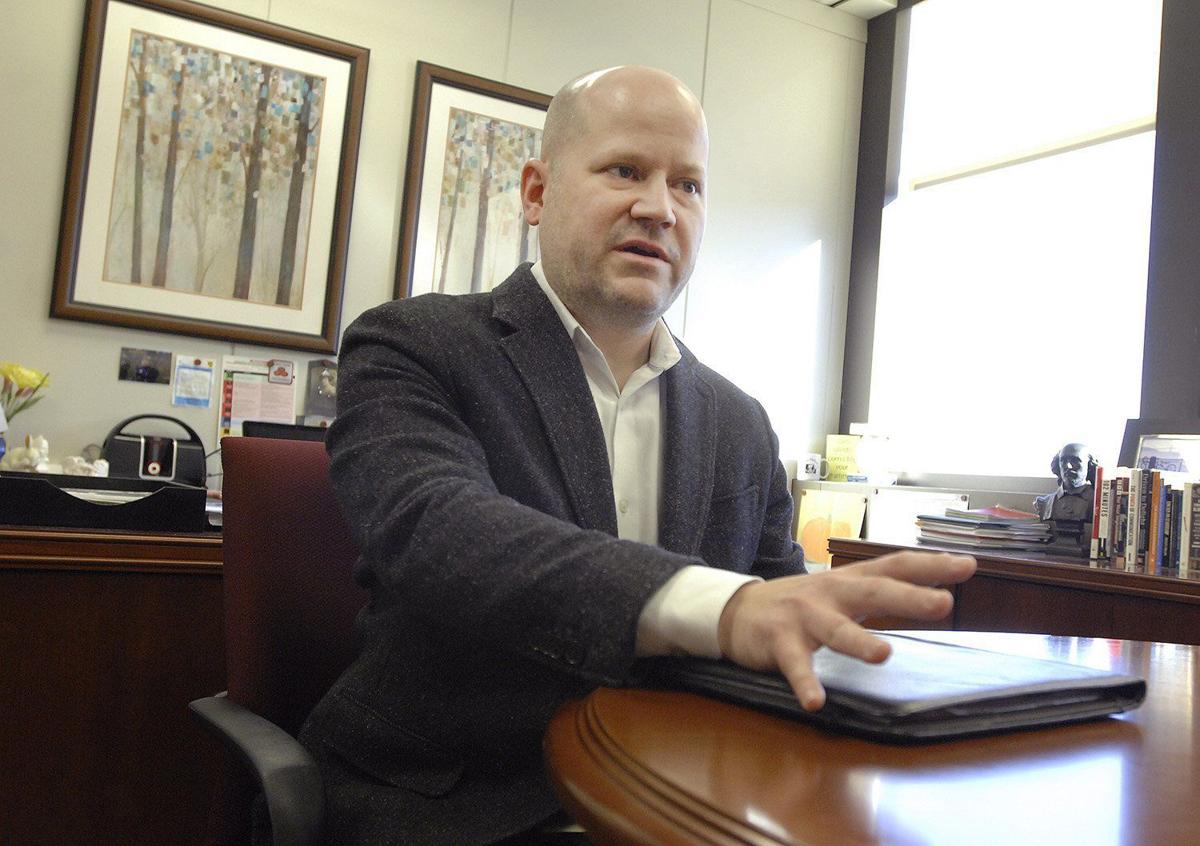 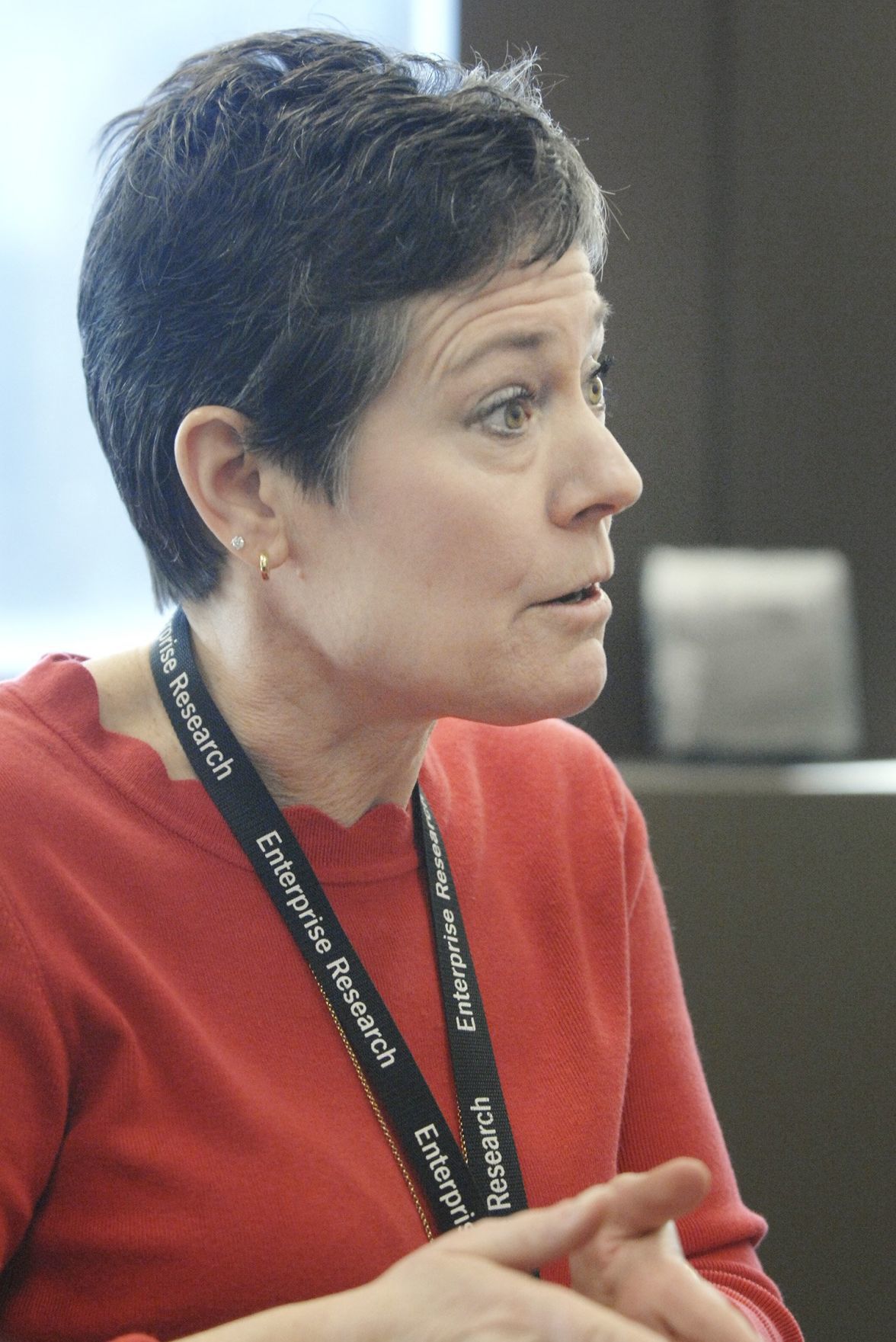