BLOOMINGTON — Tigers and monkeys may sit cozy indoors during a snow storm, but Miller Park Zoo’s snow leopards, red pandas and otters are no strangers to inclement winter weather.

In fact, some animals even enjoyed playing in the snow Wednesday afternoon as the zoo operated as usual, said Jay Tetzloff, director of parks, recreation and cultural arts for Bloomington and zoo director.

“Any time we have a snowstorm, if it’s under 8 inches of snow, it’s pretty much a standard day for us,” he said. “I think there’s definitely some that enjoy it. The snow leopards seem to be more active and some of the younger animals, if it’s their first snow and they’ve never encountered it before, that’s kind of fun to see how they react.”

A winter weather advisory went into effect for McLean and DeWitt counties at 11 a.m. Wednesday and continues through 10 a.m. Thursday. Snow began falling about 2 p.m.

That prompted McLean County Unit 5 to close all of its schools Thursday.

Hazardous driving conditions will extend into Thursday morning with patches of black ice on the roads, said Chris Geelhart, a meteorologist at the National Weather Service in Lincoln.

Snow will reach 4 to 6 inches in Bloomington-Normal and areas along and north of Interstate 74. Areas south of Interstate 70 can expect a few inches less, with totals of 4 inches for the Decatur area and 3 inches in the Mattoon-Charleston area.

The town of Normal issued a parking ban beginning 5 p.m. Wednesday until further notice, meaning no parked cars are permitted on any streets and may be ticketed.

For people who wish to come in out of the cold, Connect Transit will have a bus as a designated warming station parked outside the McLean County Health Department building, 200 W. Front St., Bloomington, from 6 a.m. to 10 p.m. Thursday and Friday, said Connect Transit Marketing Director Jeff Holtke.

The Salvation Army of McLean County's Safe Harbor homeless shelter, 208 N. Oak St., Bloomington, has opened as a warming center, meaning anyone who is homeless may use Safe Harbor to get warm during the day or night, said Salvation Army Development Director Angie Bubon.

Illinois Department of Human Services has opened its offices as warming centers, meaning they may be used by people who need to get in out of the cold during weekday business hours.

Back at the zoo

Zoo keepers and staff finished preparations for winter weather before Oct. 1 and all animals on exhibit can handle temperatures far below zero. Tetzloff said staff members keep a close eye on temperatures and will bring animals indoors as necessary, such as the tiger, who was staying warm and cozy inside with his toys Wednesday afternoon.

“Since we are managed by the city of Bloomington, we follow their cues,” Tetzloff said. If necessary, “we would go to essential personnel, those who are going to take care of the animals, get their needs met and go home.”

There were a few visitors wandering the zoo Wednesday afternoon as snow blew into Bloomington, including Jonathan Miller of Columbia, S.C., who stopped to visit the zoo after flying into Central Illinois Regional Airport for business. Miller watched the crocodile, which was staying warm under water as it snowed.

Zoo Curator Peter Burvenich said, if needed, “We’ll add supplemental heat, so whether it’s heat lamps on the side or, like our cranes, they have a covered shelter where they have a heat lamp and bedding in there for them, but as you can see, they’re not in a rush to use it.”

Snow will taper by Thursday morning, but the wind will pick up with gusts reaching 25 miles per hour and temperatures expected to drop Thursday night, said Geelhart. By Friday morning, temperatures could drop to negative 5 with a wind chill of negative 15 degrees.

The weather won’t last long, however. Geelhart said temperatures will rise to the low- to middle 40s on Sunday and Monday.

For the latest cancellations and a photo gallery, go to Pantagraph.com

More snow on the way, followed by arctic blast, in Central Illinois

Dig out your shovel and warm clothes. Winter isn’t done with us yet.

For florists like Gaye Beck, preparation for the biggest day of the year started in December.

While implantation of "the world's smallest pacemaker" is new to Bloomington-Normal, it has been offered at some other Central Illinois hospitals for a couple of years.

When Sherm Wilkerson of Normal found out he was the first person to have "the world's smallest pacemaker" implanted in Bloomington-Normal, all that mattered to him was that he could walk without getting tired and that he recovered quickly from the procedure. But use of the Micra Transcatheter Pacing System represents a medical advance for McLean County. 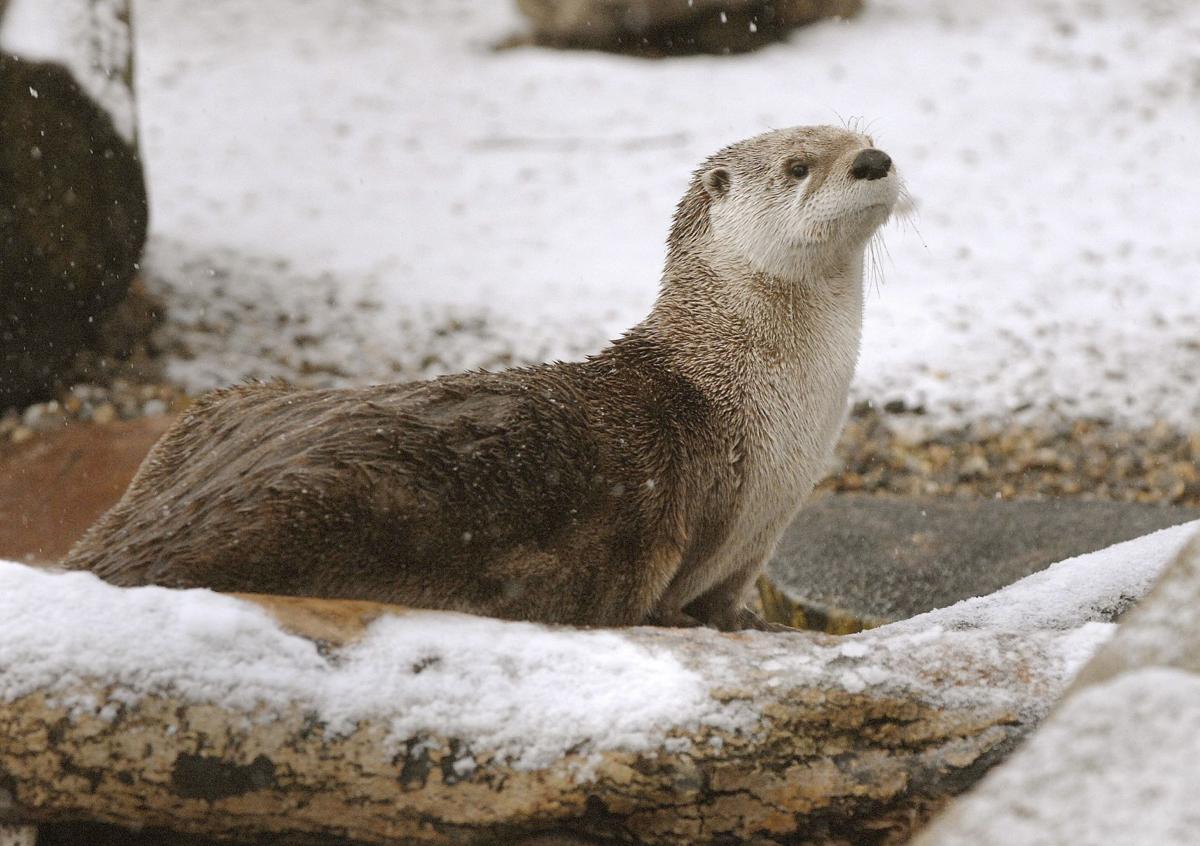 The Miller Park Zoo's river otters on Wednesday, Feb. 12, 2020, are quite happy in the snow and freezing temperatures that keep visitors at home. 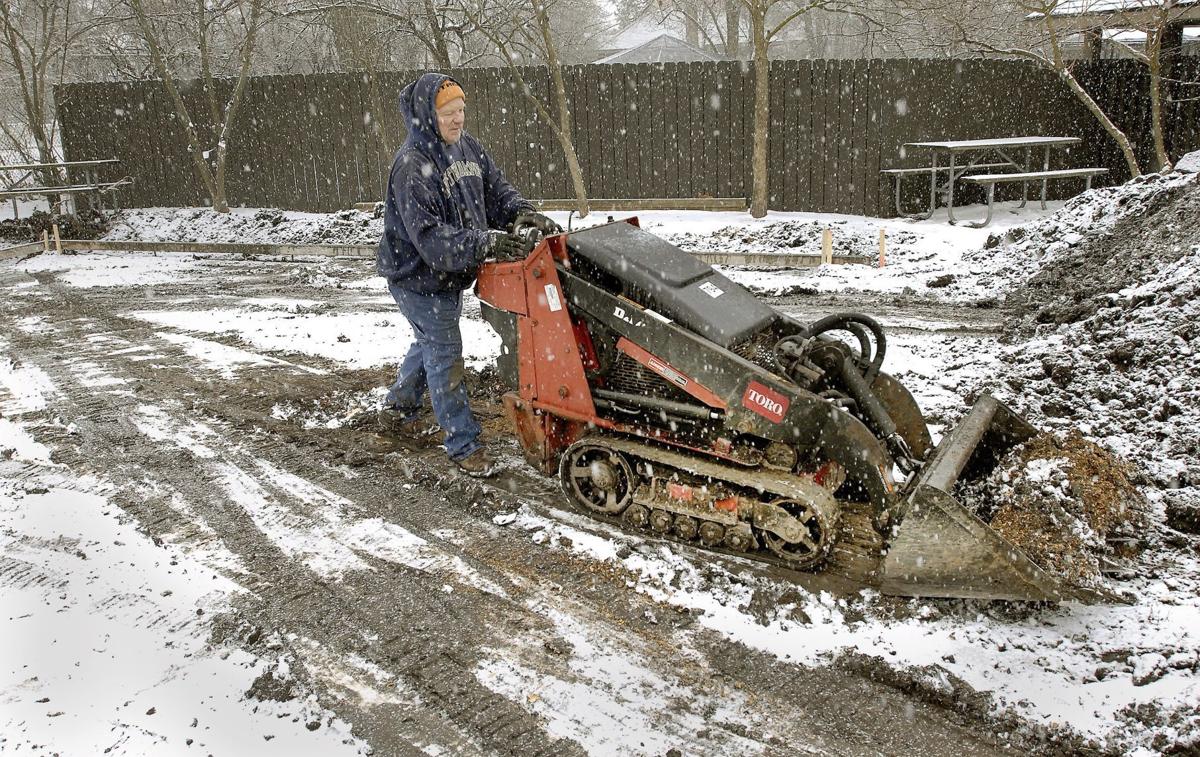 Snow falls as Bloomington city worker Jan Elam levels ground for a new shelter at Miller Park Zoo. Work continued at the zoo despite the weather and many animals couldn't care less about the falling snow and temperatures. 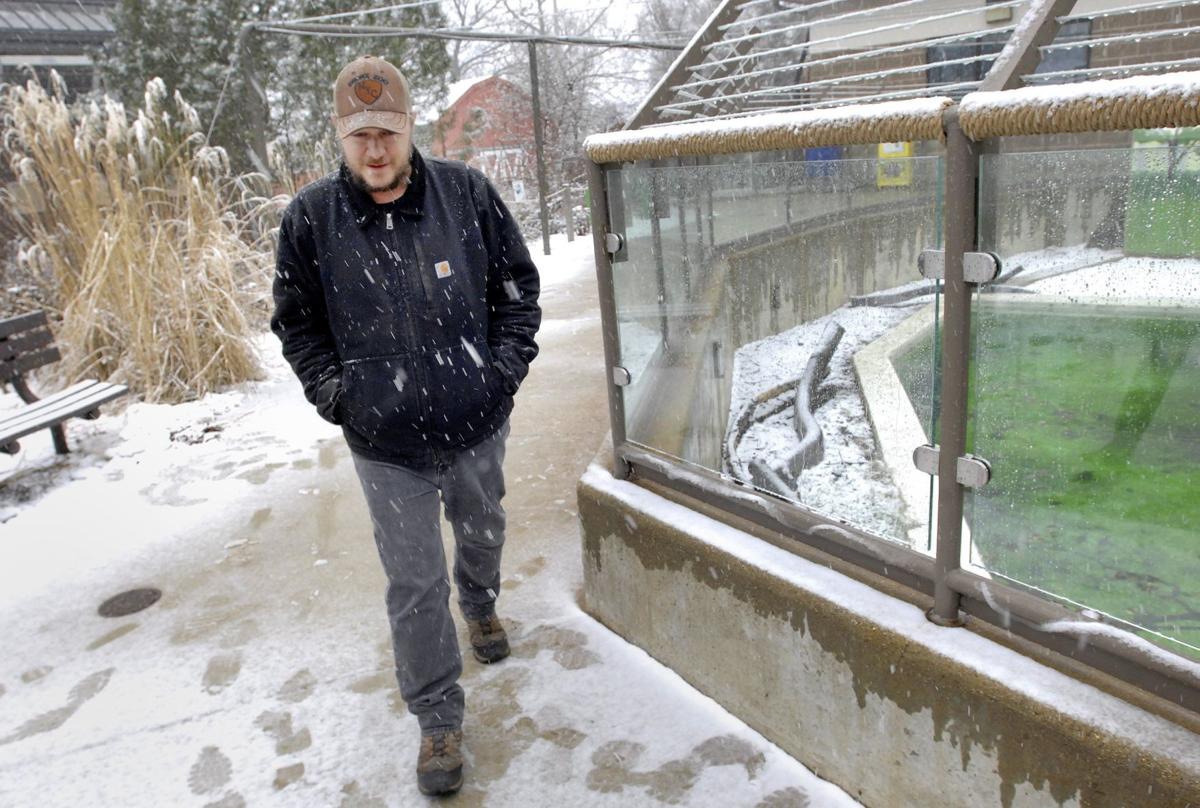 Jonathan Miller of Columbia, S.C., visits the alligators while snow falls across Miller Park Zoo on Wednesday, Feb. 12, 2020. The zoo's female alligator soaks outdoors in a 60-degree heated pool while the albino male has to stay indoors to avoid sunburn. 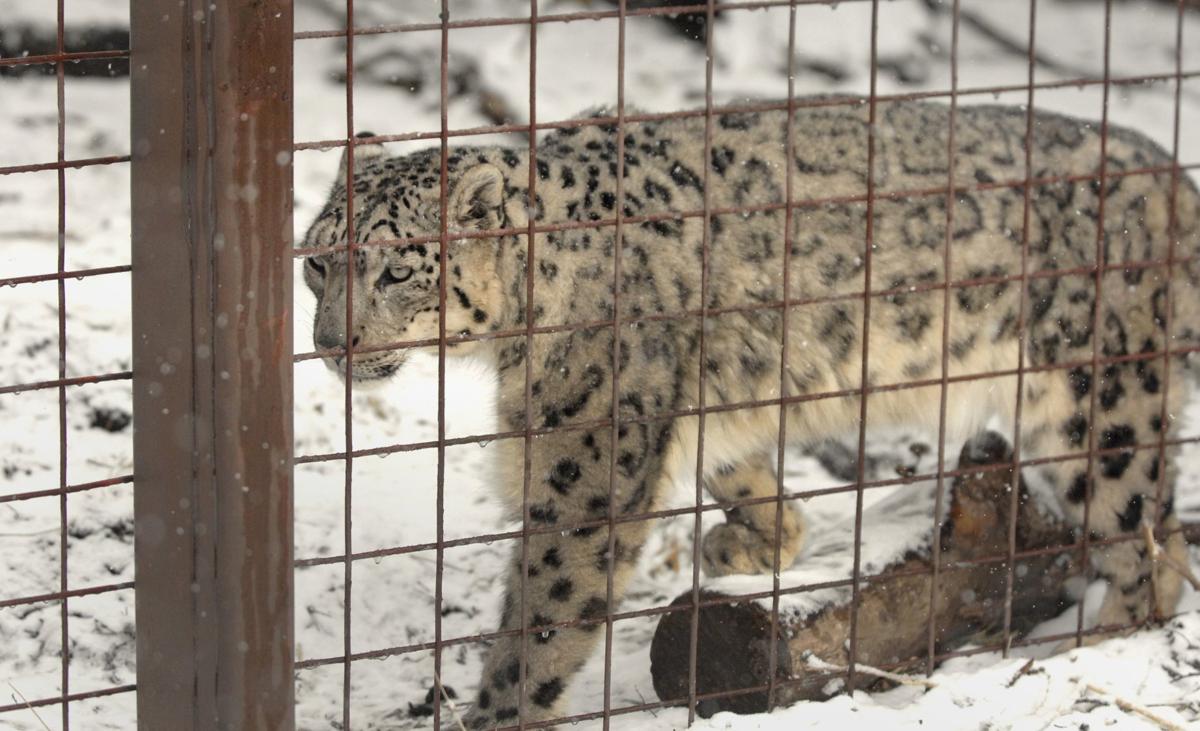 A snow leopard paces at Miller Park Zoo on Wednesday, Feb. 12, 2020. The snow leopard is at home in sub-zero temperatures high in the Himalayas.