Warmer, drier winter may not happen for Central Illinois
0 comments
Share this
{{featured_button_text}}
1 of 2 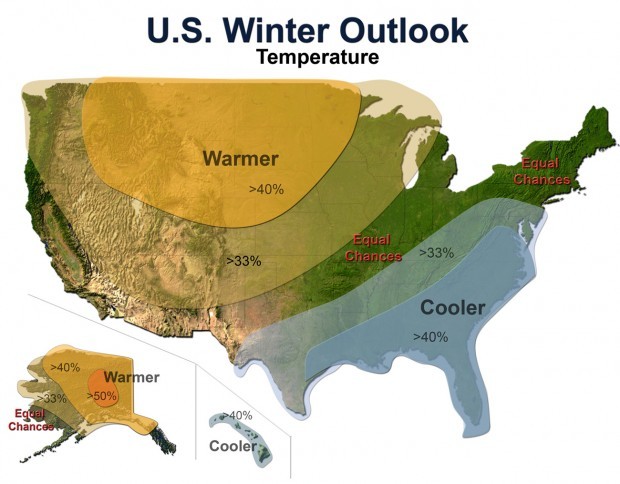 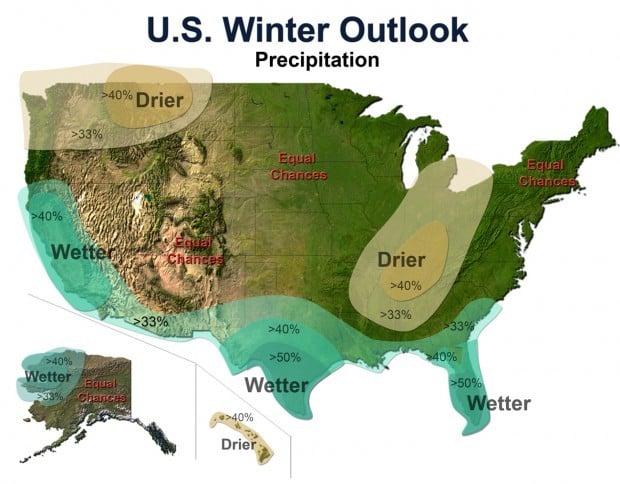 BLOOMINGTON -- A warmer, drier winter predicted for parts of the north-central United States may miss Central Illinois, according to a national winter forecast released Thursday.

A weak-to-moderate El Nino forming in the Pacific Ocean is expected to cause warmer-than-average temperatures across the western and central United States, especially in the north-central states from Montana to Wisconsin, said Mike Halpert, deputy director of the Climate Prediction Center of the National Oceanic and Atmospheric Administration. He said the Pacific Northwest and the Ohio and Tennessee River Valleys also have higher odds of drier-than-average conditions.

But the midsection of Illinois falls at or near the edge of the area expected to have a warmer, drier winter, he said (visit NOAA's Web site at www.noaa.gov).

"The Midwest often falls through the cracks (with weak El Ninos)," said Halpert.

"There isn't a real strong impact here especially with a weaker El Nino," agreed Mike Timlin, regional climatologist at the Midwestern Regional Climate Center at the University of Illinois in Urbana. "It's not a simple coherent signal."

Halpert also cautioned that his agency's seasonal outlook doesn't predict where and when individual snowstorms might hit because the weather patterns that cause them can't be predicted more than several days in advance.

Halpert likened the current El Nino to the last one in 2006-2007. Timlin said that winter started off warmer and drier in Central Illinois but turned cold and wet by the end.

During El Nino events, an area of warm water forms in the Pacific Ocean. Weather patterns are affected when air currents above the warmer water shift the path of the jet stream north of its usual route across North America. The jet stream creates a temporary barrier that can stop Arctic air from moving south out of Canada. However, no one can precisely predict where the jet stream will wind up.

"Basically, you're moving the storm track around," Timlin said. "But it's like taking a rope or a hose and flinging it in the back yard. You're not sure where it will end up. It has a tendency to go one way or another, but it doesn't always go where you think it's going to go."

New US panel aims to separate science and politics

A Normal man is accused by police of punching an Eastland Mall security officer in the face after being confronted for stealing merchandise.

“I didn’t like the tone of tonight’s meeting, and that concerns me,” Councilwoman Kathleen Lorenz said. "We can't continue in this discourse."

Police recovered a loaded pistol firearm behind one of the buildings, authorities said.

Documents obtained by The Pantagraph shed light on what led to 17 Union Pacific Railroad Co. freight cars jumping the tracks in February.

The manager of the Bloomington Center for the Performing Arts pleaded guilty to battery on Friday.

A Normal man pleaded not guilty to murder charges on Friday in connection to a fatal stabbing last month in Bloomington.

Council on Monday will also vote to amend a portion of the ordinance related to utility shutoffs.

The McLean County Museum of History writes a weekly feature on the people, places and artifacts that shaped our local history.

Signs were placed April 30 at the intersection of Towanda Barnes Road and General Electric Road to designate the area as "Scott Bundy Memorial Road."

Flick Fact: The B-N restaurants you might not have known are named after their founder...