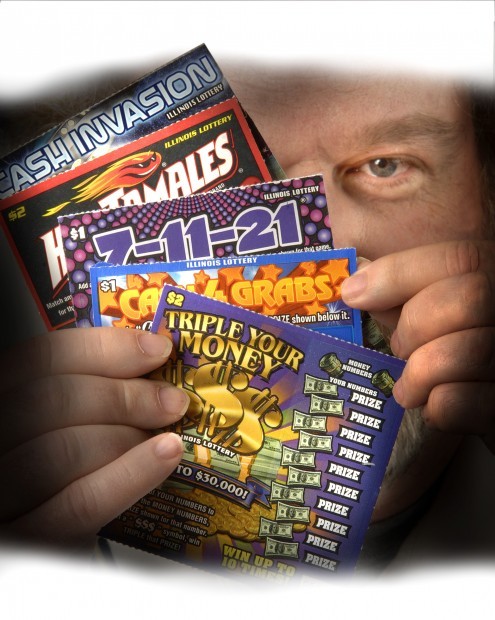 Both the state of Illinois and potential management vendors for the state's lottery system could be taking a big gamble as the state looks to privatize management of the lucrative lottery. (Pantagraph photo illustration, David Proeber) 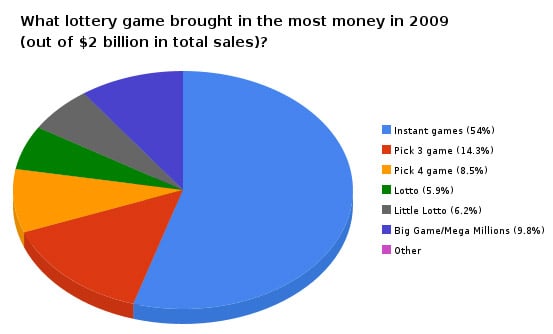 A breakdown of how much revenue each different type of lottery game generates. 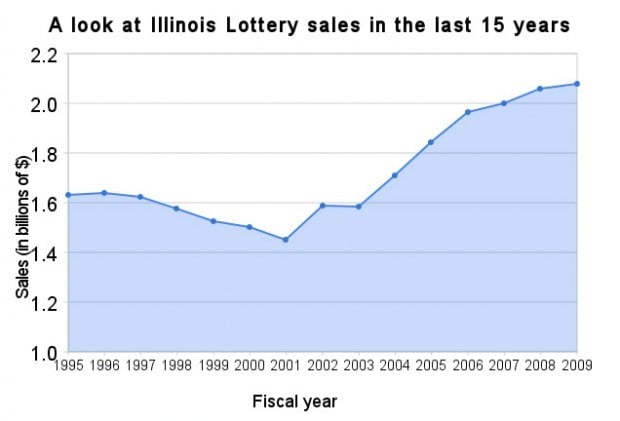 A look at Illinois Lottery sales in the last 15 years.

SPRINGFIELD - The search for revenue to help fix to the state’s budget woes have put a spotlight on the Illinois State Lottery.

For more than three decades, the lottery has been a steady, reliable source of revenue for the state. Since 1985, it has brought in more than a half-billion dollars annually.

But, just as other state and local governments have sold off assets to help balance their bottom line and avoid tax hikes, the lottery is now being marketed as a potential target for a hybrid brand of privatization.

Unlike ideas to privatize toll roads or airports, the state wouldn’t give up total control of the operation. Rather, a company would manage the lottery, with the state still keeping a hand in its overall operation.

The estimated payoff: an additional $1 billion over 10 years.

In a meeting last year with investment bankers and lobbyists interested in working with the state to craft such a deal, an Illinois Department of Revenue lawyer told the group what is at stake.

“It is going to be probably one of the largest procurements the state has ever done,” said general counsel Melissa Riahei.

As officials with Gov. Pat Quinn’s administration envision it, the deal would allow a private manager to be paid a percent of Lottery profits. The company could increase its earnings if it grows revenues by boosting marketing, adding new games like keno or Internet lottery sales and finding so-called “efficiencies” in operating costs.

This all comes as the lottery already appears to be doing pretty well under its current management structure. Acting lottery director Jodi Winnett said sales are up, money is being generated for the state and players continue to buy tickets at an average rate of about $55 million per day.

But, she said, the private manager concept is what the General Assembly wanted when it approved legislation last year.

“This is the opportunity they saw and this is an opportunity we’re exploring,” Winnett said.

Some have their doubts.

The Lottery is already increasing its sales almost every year, so it’s unclear what a private manager would do to generate even more profits, said Margaret DeFrancisco, head of the Georgia lottery and the North American Association of State and Provincial Lotteries.

“I’m not sure what that company would bring to the table,” DeFrancisco said.

One tactic under consideration is the sale of lottery tickets on the Internet, a practice now banned by the federal government.

Winnett said the state is working with the U.S. Department of Justice to try and craft a workable solution.

While it waits for the federal government’s answer, the state is moving cautiously as it attempts to put the management idea out for bids.

Revenue officials have spent months working to hire an outside company to help write a request for bids. They say outside expertise is needed because of the potential size of the deal.

But, in hiring someone to help write the bidding documents, the state also is trying to be careful not to give the job to a firm that might want to later bid on the management contract.

In a series of meetings with potential vendors, the agency discussed the need for transparency and openness so that the sale of the management rights for the lottery wouldn’t be tainted by insider dealing.

“Our lottery has a good reputation. We want to make sure it stays that way,” Revenue spokeswoman Sue Hofer said. “We want to get it right.”

Originally, the idea was to have a management agreement in place this spring.

But, delays in trying to craft a workable bidding document have pushed that target into the next calendar year. That means any money from the deal will not help give Illinois any immediate relief from its monstrous budget woes.

“The new manager is going to need some gear-up time. So, we’re not counting on much,” said Quinn budget chief David Vaught. “We’ve been very cautious about that.”

In fact, few are willing to guess at exactly how much money will roll in if the plan goes through. And, analysts aren’t sure if the legalization of video gambling will cut into the amount people spend on lottery tickets.

“They are pretty cautious in their projections,” Vaught said.

Lottery a trusted source of income for state

SPRINGFIELD — On an average day, hopeful gamblers around the state buy about $5.5 million in Illinois Lottery tickets.

SPRINGFIELD — Several states, including Illinois, had talked for years about leasing their state lotteries to private companies in an effort t…

Both the state of Illinois and potential management vendors for the state's lottery system could be taking a big gamble as the state looks to privatize management of the lucrative lottery. (Pantagraph photo illustration, David Proeber)

A breakdown of how much revenue each different type of lottery game generates.

A look at Illinois Lottery sales in the last 15 years.
© Copyright 2020 The Pantagraph, 205 N. Main St. Bloomington, IL | Terms of Use | Privacy Policy
Powered by BLOX Content Management System from TownNews.com.
You don't have any notifications.