Angelle Cortes, a Filipino American college student living away from home, monitors the Ring video doorbell at her parents’ house in Bridgeview to make sure they’re safe.

“I just still have that fear in the back of my head that someone at the grocery store is going to be super racist to them, or just randomly that my dad’s outside in the yard and will get punched in the face for no reason,” said Cortes, 21.

YooJin Son, 23, would rather run household errands than let her mother go out during the wave of anti-Asian attacks. Son, who was born in South Korea, worries her mom might “turn the other cheek, stay silent and not report” a hate crime if it happened.

And Vivian La, 19, frets about her grandparents, who reside near Chicago’s Chinatown neighborhood.

“You see videos like every day on social media about elders getting harassed in the streets or physically assaulted, and it’s heartbreaking,” La said.

Young Asian Americans across Illinois are consumed by concerns for their older, more vulnerable relatives. They say they’ve lived with this anxiety for years, but anti-Asian violence is only now gaining mainstream attention.

The recent shootings that killed eight people, including six women of Asian descent, at Atlanta spas, and a rash of attacks against elderly Asians in cities such as New York and San Francisco, have catapulted the issue to national consciousness. And new data shows that hate crimes targeting Asians surged by 145% in the country’s largest cities between 2019 and 2020.

Asian American college and graduate students interviewed by the Tribune also described generational differences that shield the larger problem: Their parents or grandparents are less likely to report racial discrimination.

The older generations, many of whom are immigrants, might not alert police about hate crimes due to language barriers, internalized shame or pressure to be perceived as successful, a concept known as the “model minority myth,” the students said.

“It’s very much not part of the dialogue,” said Chen, 26, who’s from San Francisco. “Especially with the Atlanta shootings, a lot of us in the Asian American and Pacific Islanders community are putting our foot down. ... This is our moment to really voice our opinions, our concerns and make long-lasting change.”

Just last week, 32-year-old Kaylee Cong raised the alarm after her Vietnamese father was punched from behind in the Uptown neighborhood. Though her 60-year-old dad waited to confide in his daughter and didn’t file a police report, Cong shared the information on her nail salon’s social media and contacted law enforcement.

She told the Tribune her generation shouldn’t stay silent and must help older relatives because “it’s hard for them to speak up for themselves.”

‘Trying to erase my culture’

Sooah Kim, a second-year law student at the University of Illinois, said she’s worried about her parents, who live in California. Her dad interacts with customers at a store where he works and her mom doesn’t speak much English, she said.

“If something happens to her, how is she going to be able to handle it?” said Kim, 29, who was born in South Korea. “When you grow up as an immigrant kid and your parents don’t speak the language or know certain things, you grow up protecting them.”

Kim, who lived in Ecuador during childhood and came to the U.S. for college, is among thousands of Asian international students at the Urbana-Champaign campus. On one of her first days of law school, someone asked if she went by “Sue” instead of her given name, a microaggression she described as “trying to erase my culture.”

Kim said her friends have also experienced anti-Asian rhetoric in recent months. One was walking on campus when people yelled “Ching chang chong,” and another was confronted at the grocery store by someone who said, “Go back to your country.”

“It’s not only that we’re seeing this in the media. We’re scared,” she said. “When I leave my house and I’m by myself, I am always conscious of who’s around me.”

David Chih, founding director of the University of Illinois’ Asian American Cultural Center, said “overt racism and xenophobia” has accelerated during the pandemic. But he also stressed that anti-Asian sentiment has plagued the U.S. for more than a century, citing the Chinese Exclusion Act of 1882 and Japanese internment during World War II.

“This is something we’ve faced for 150 years — different kinds of systemic racism and individual racism,” he said. “For Asians in the U.S., we have to learn how to navigate a society that can be hostile and sometimes racist and sexist.”

About 37% of students at U. of I.’s flagship campus identify as Asian, Chih said. Of those approximately 20,000 students, a little under half are international students from Asian countries, and about 11,000 are Asian American students, mainly from Illinois, Chih said.

Though the Asian American Cultural Center is remote during the pandemic, Chih said many students are reaching out feeling angry, scared and tired.

“I try to validate their feelings of fear and anxiety,” he said. “The act of naming what’s happening to Asian Americans as racist is powerful because race in this country is so often categorized as a Black-white issue.”

For Edgar Yap, a second-year medical student at Loyola, the last few weeks have felt emotionally draining. He’s trying to prepare for a crucial exam in June, but his days are also filled with phone calls to check on his parents and meetings with faculty as part of Loyola’s chapter of the Asian Pacific American Medical Student Association, for which he recently was president.

“Like other minority groups, we are also shouldered with the burden to educate others about our experiences while processing what’s happening and grieving,” said Yap, 26, a Filipino American. “But at the same time, we have to put our heads down and continue with the work that we are supposed to do. It’s a lot.”

Yap’s parents live in California’s San Francisco area, not far from a spate of attacks against elderly Asians.

On March 17 — a day after the Atlanta shootings — a 75-year-old Chinese woman was punched in the eye and an 83-year-old Vietnamese man was assaulted, allegedly by the same perpetrator, in downtown San Francisco. And in late January, an 84-year-old Thai man was shoved to the ground while walking around his neighborhood, leading to his death.

Around the same time, a string of random attacks rocked Oakland’s Chinatown neighborhood. A suspect was charged with pushing a 91-year-old Asian man.

Yap, whose 82-year-old father enjoys daily walks through the park, said those incidents caused concern because “you never know what could happen.”

Renewed outrage swept New York City Monday after a 65-year-old Filipino immigrant was attacked by a man who kicked her in the stomach, repeatedly stomped on her head after she fell and yelled, “You don’t belong here,” according to reports. Bystanders watched the attack without intervening.

From 2019 to 2020, police reports of anti-Asian hate crimes increased by 145% in the country’s 16 largest cities while the total number of reported hate crimes fell by 6%, according to data from the Center for the Study of Hate and Extremism at California State University in San Bernardino.

The first spike in anti-Asian hate crimes occurred in March and April “amidst a rise in COVID cases and negative stereotyping of Asians relating to the pandemic,” according to the center. Former President Donald Trump’s frequent references to COVID-19 as the “Chinese virus” or the “Kung Flu” also stoked racial tensions, critics have said.

Two anti-Asian hate crimes were reported in Chicago during 2018 and 2019, according to city data. Numbers for 2020 and 2021 weren’t immediately available, but the Cal State center collected information showing two were reported last year.

Stop AAPI Hate, a consortium that formed in March 2020, gathers a broader category of “hate incidents” that are self-reported through its website. The group has received 3,795 reports of verbal harassment, physical avoidance, physical assault, civil rights violations and online harassment directed at Asian Americans.

Reports from people 60 and older made up only 6.2% of those incidents.

Shalani Shankar, a professor of anthropology and Asian American studies at Northwestern University, said older Asians who immigrated to the U.S. might be less likely to come forward with negative experiences.

“Thinking about anti-Asian violence as exceptionalism is something that older immigrants have to do as a way to survive,” Shankar said. “They risk so much by coming to this country. And for those for whom things go well, economically and socially, in general, I think that they feel a lot of gratitude toward this country.”

Chen, the first-year medical student, said some Asian American families are reticent to speak up about racism they’ve encountered. Her parents, for example, might discuss among themselves what they’ve experienced but won’t go out and march in a protest.

Chen said she hopes her generation will help facilitate these conversations with elders and make the topic less taboo. During her lifetime, she’s witnessed older Asians get beat up on the bus in San Francisco, which is why her parents stopped using public transportation and got a car.

Holding a sign that read “Silent no longer,” Chen joined hundreds at a rally in Chinatown Saturday to demonstrate against Asian hate. She said the Asian American community needs to be more vocal about its struggles.

“Of course I would want everyone to care,” she said before the rally. “But at the same time, it’s up to us as a community to be able to voice our concerns.”

Wrigley, 57, is the great-grandson of William Wrigley Jr., who founded his namesake company in Chicago in 1891 by making soap.

No more hospital closures in Illinois during pandemic? Bill that would allow state board to pause closures close to becoming law

The expansive bill, which addresses health care disparities affecting brown and Black Illinois residents, would allow the state Health Facilities and Services Review Board to put off approval of applications to close hospitals.

Illinois Gov. J.B. Pritzker on Thursday commuted the sentence of a man who claimed he was framed by Chicago police detectives for a 1990 double murder.

The foundation serves as the fundraising arm of the library and museum, which means it will no longer handle fundraising duties or purchasing items for the museum's collection. Each organization placed blame on the other.

Agency might release video of Chicago police shooting of boy

The agency that investigates Chicago police shootings said it is trying to figure out a way to legally release body camera video of an officer fatally shooting a 13-year-old earlier this week.

FOIA for beginners: An Illinois law guarantees access to public records. But it isn’t always that easy.

A state law called the Illinois Freedom of Information Act, usually just dubbed FOIA, gives private citizens the ability to request records from most public bodies in the state. That includes everything from school districts, public universities and police departments to park districts, mayors’ offices and transportation departments. 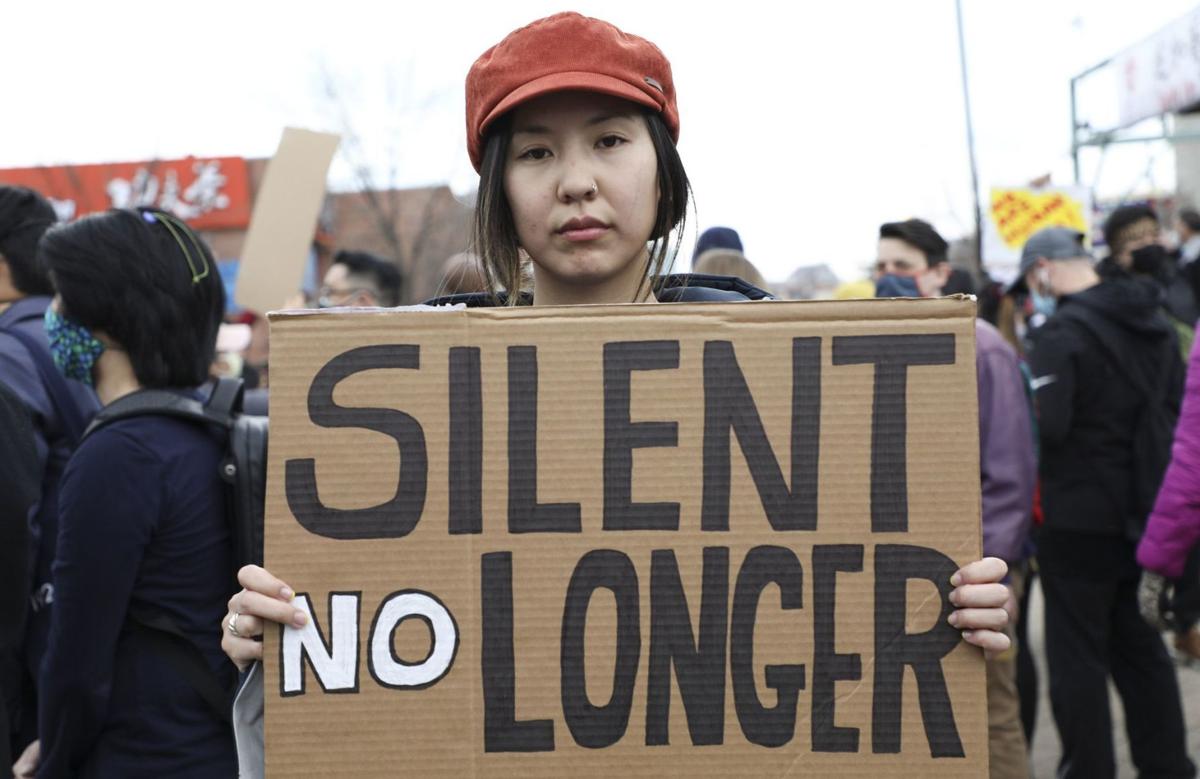 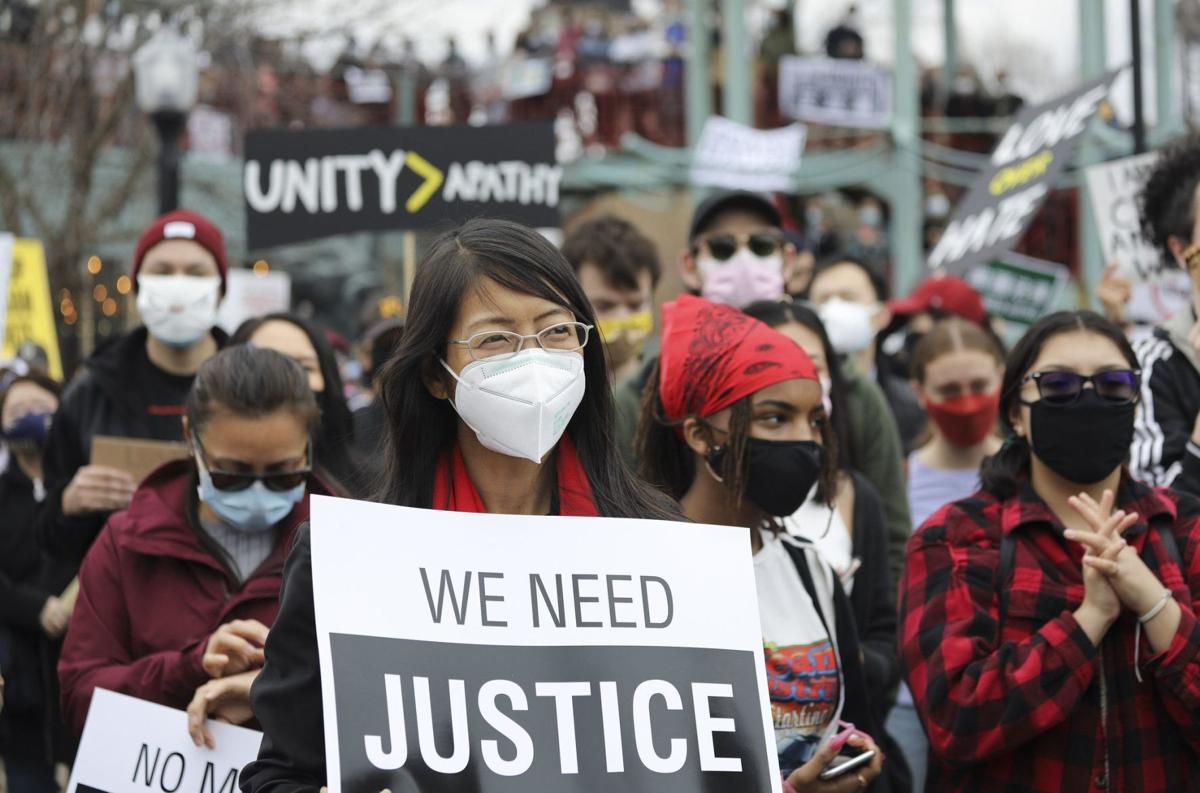 Hundreds of Asian Americans and supporters listen to speakers at the "Stop Asian Hate" rally in Chinatown Square on March 27, 2021, in Chicago.