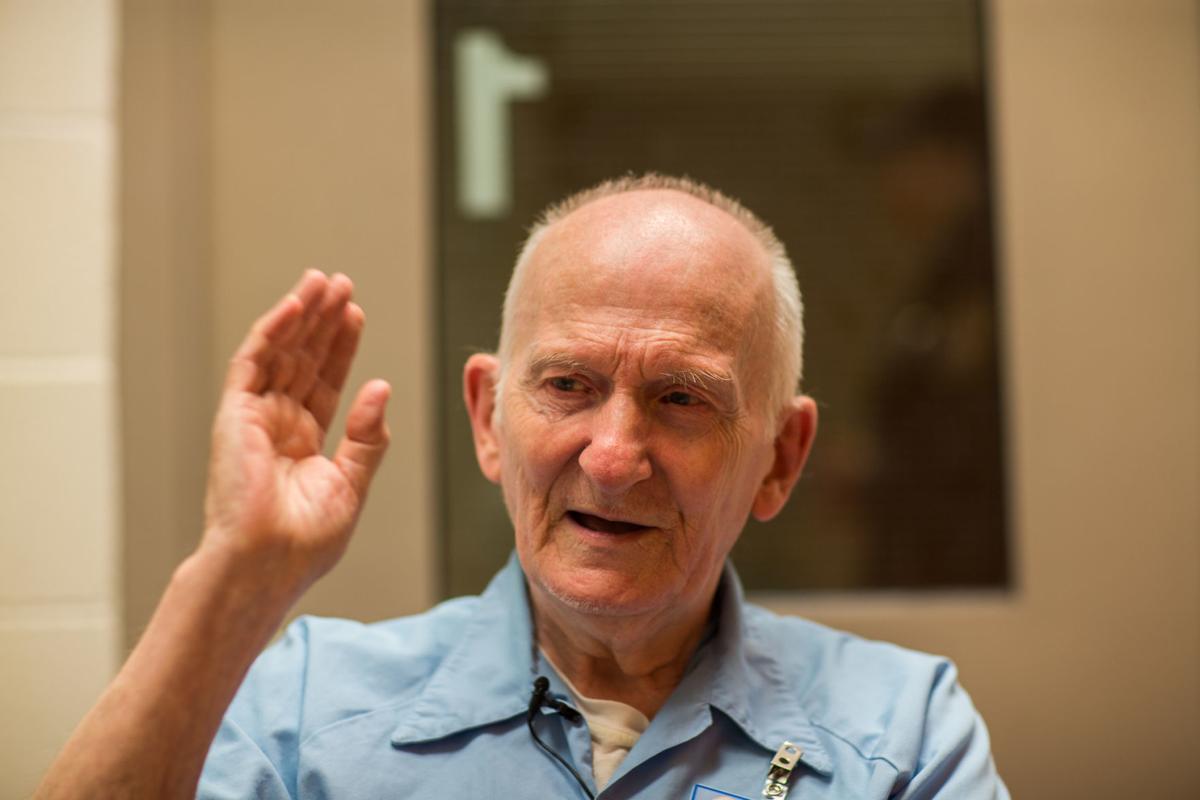 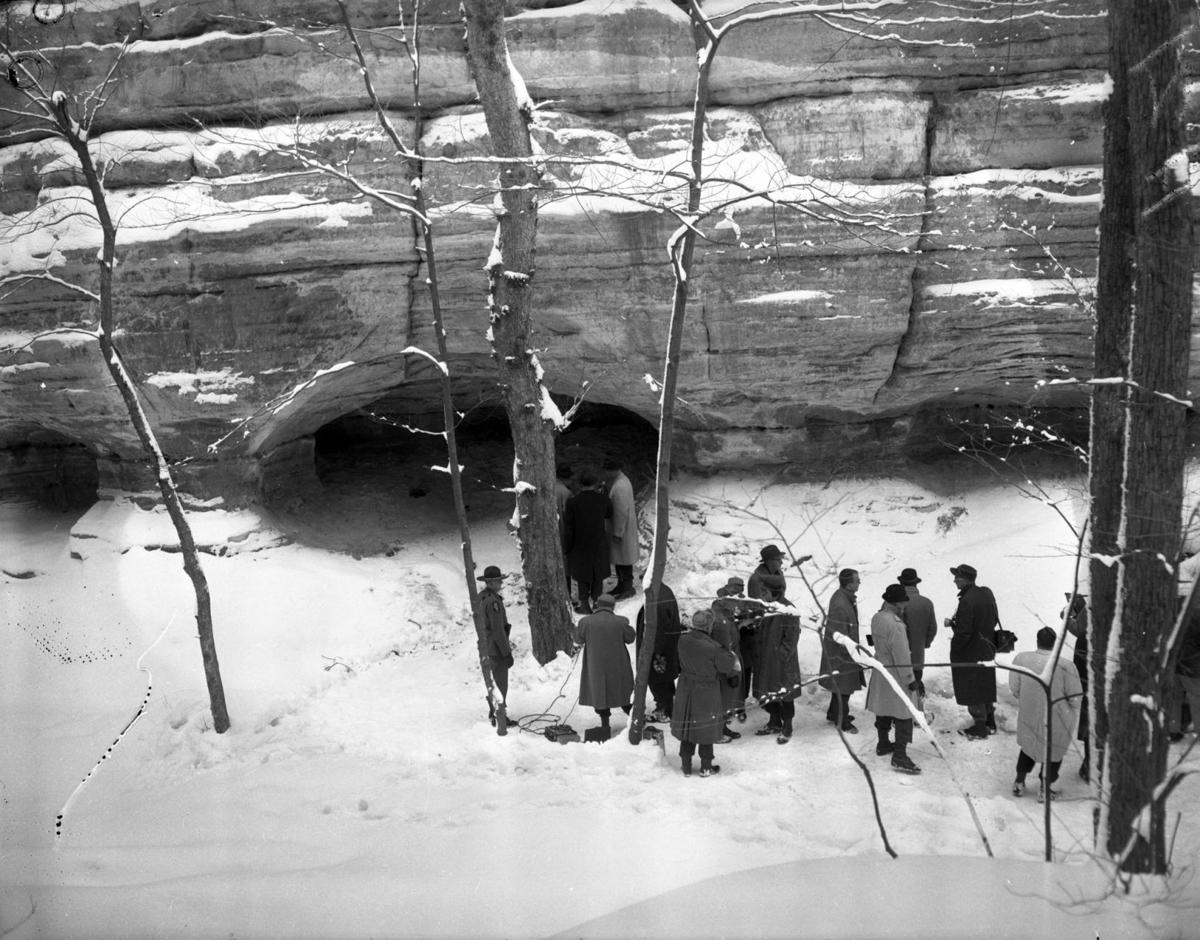 The scene near a cave in St. Louis Canyon at Starved Rock State Park where the bodies of three women were found on March 16, 1960. The women had been missing for two days. 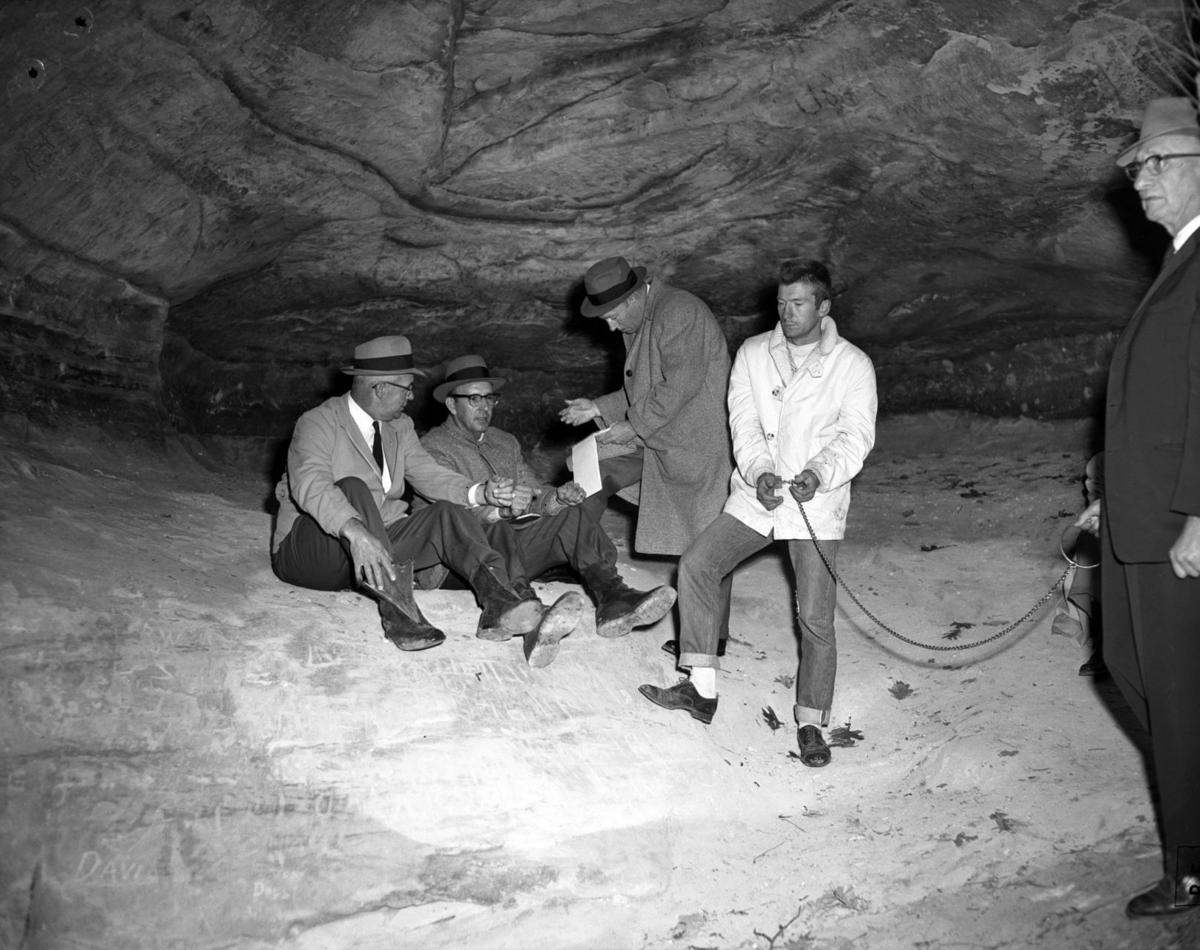 Chester Weger, in white jacket, explains during a reenactment how he murdered the three women and then dragged their bodies into a cave at the bottom of St. Louis Canyon at Starved Rock State Park in November 1960. The murders occurred on March 14, 1960.

CHICAGO — The Starved Rock killer is expected to get out of prison next week after the Illinois attorney general opted not to try to keep him up locked up indefinitely.

That means Chester Weger will soon be a free man for the first time since his arrest in 1960, about eight months after three suburban Chicago women were found fatally beaten in the scenic state park near Utica.

The Illinois Prisoner Review Board granted parole to Weger in late November, but his release was delayed for 90 days after Illinois Attorney General Kwame Raoul’s office sought to have Weger evaluated under the state’s Sexually Violent Persons Commitment Act. The law requires proof that a person suffers from a mental disorder, and that it is substantially probable he or she will commit acts of sexual violence as a result.

On Thursday, a Raoul spokeswoman said experts who evaluated Weger found he did not meet the legal criteria, and so they will not file a petition in court arguing he should be involuntarily committed. Under the law, Weger could have been held indefinitely in a secured facility in the custody of the Illinois Department of Human Services for sex offender treatment.

Weger, who turns 81 in a couple of weeks and suffers from asthma and rheumatoid arthritis, ranks as the second longest held inmate in Illinois’ prison system. He is expected to leave Pinckneyville Correctional Center on Feb. 21. He will live and receive support services at St. Leonard’s Ministries on the Near West Side.

Despite his nearly six decades of incarceration, Weger has remained close with relatives who long believed in his innocence. He qualifies for Social Security benefits and medical coverage from Veterans Affairs because he served in the military, according to his attorneys.

Weger was convicted on his 22nd birthday and sentenced to life in prison for the fatal beating of Lillian Oetting, 50. Her remains were found in Starved Rock’s St. Louis Canyon along with the brutalized bodies of Frances Murphy, 47, and Mildred Lindquist, 50, in a crime that made national headlines and continues to haunt.

Granddaughters of the slain women have spoken out publicly against Weger’s release along with the LaSalle County state’s attorney. But his supporters insist he poses no threat to public safety. Guards at Pinckneyville report Weger keeps to himself and doesn’t cause trouble, parole board officials said.

“I don’t believe anyone who has ever talked to this man believes he’s going to go out and hurt anyone," said Celeste Stack, one of his attorneys.

The three victims, all from Riverside, were on a short winter vacation on March 14, 1960, and went on a daytime hike within hours of their arrival. They were attacked near the canyon, a popular attraction framed by a scenic waterfall and 100-foot wall.

Months later, Weger, then married with an infant son and 3-year-old daughter, confessed to the murders but had recanted by the time he went to trial. He has maintained his innocence ever since, including in a Tribune interview three years ago in which he said he’d rather die in prison than admit to something he said he did not do.

“I’ll stay in prison the rest of my life to prove my innocence before I’ll make any deals with any of you crooked people,” he said in the December 2016 interview.

Weger worked as a lodge dishwasher, and had fished and hiked in the park most of his life. At his trial, prosecutors argued that he killed the women with a frozen tree branch during a botched robbery attempt. Each was bound with twine similar to that used in the lodge’s kitchen and bludgeoned to death, suffering injuries consistent with more than 100 blows.

Prosecutors said Weger knew too many details about the crime and wasn’t smart enough to memorize such specifics even if investigators had fed him information, as he insists.

The murders occurred before modern DNA testing and other forensic advances. Weger’s later request for genetic tests on hair found on the victims and blood on his fringed leather coat was stymied in state court in 2004 after it turned out the items had not been properly preserved.

Jansen recently told the Tribune that he helped find the twine, balled up in a coffee can in the lodge, that was an exact match to the strings found binding the victims.

“That was a key factor as far as I’m concerned,” Jansen said. “It all led to him. There’s no doubt in my mind. I think ... he should have stayed in (prison).”

Weger was convicted only of Oetting’s murder. Citing the life sentence, prosecutors opted against trying him in the other two women’s deaths and an unrelated 1959 rape in a nearby state park that Weger also denies committing.

Weger was denied parole about two dozen times. In a stunning 9-4 vote last fall, the board granted it, concluding his release would not deprecate the seriousness of the crime or promote a disrespect for the law.

VIDEO: Jussie Smollett back in court on new charges

VIDEO: Jussie Smollett back in court on new charges 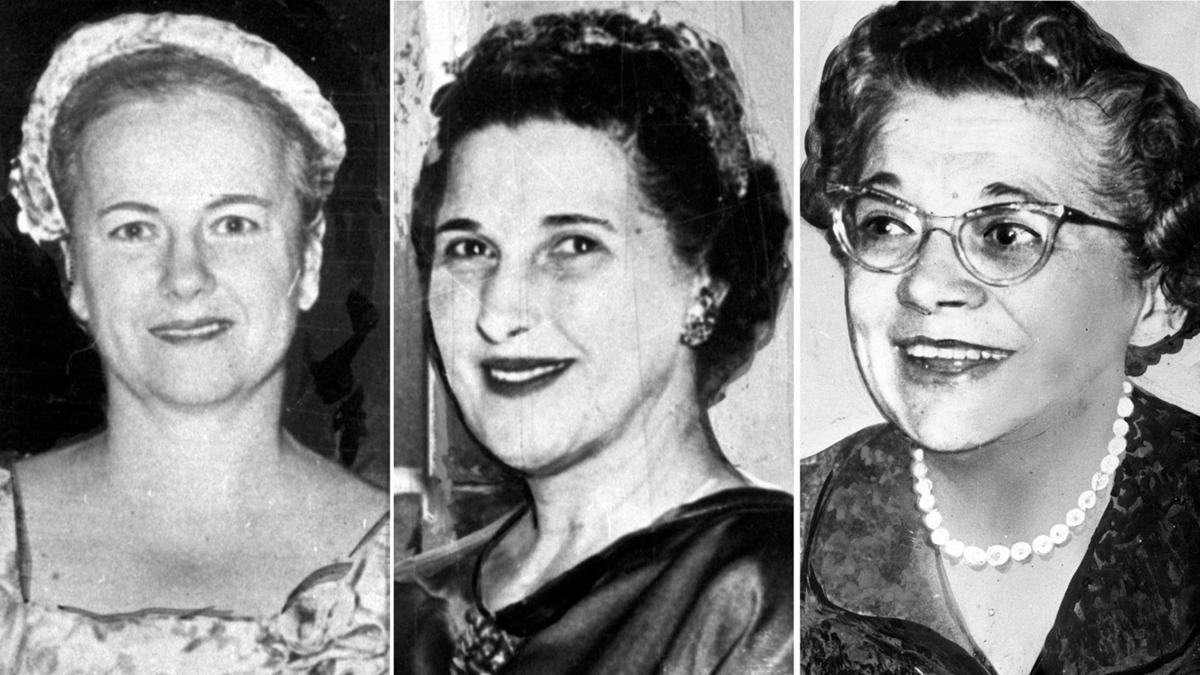 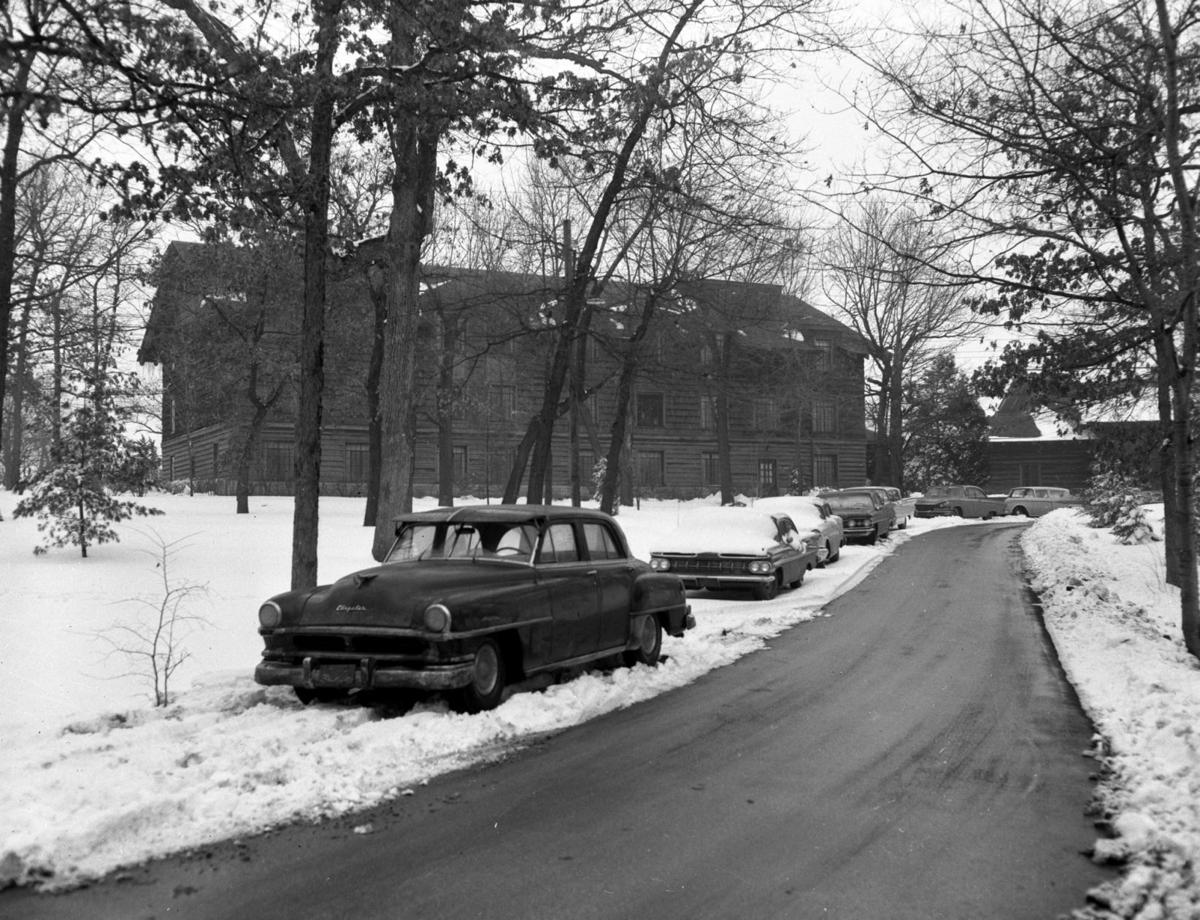 The lodge in which the three women were staying at Starved Rock State Park is seen March 16, 1960. 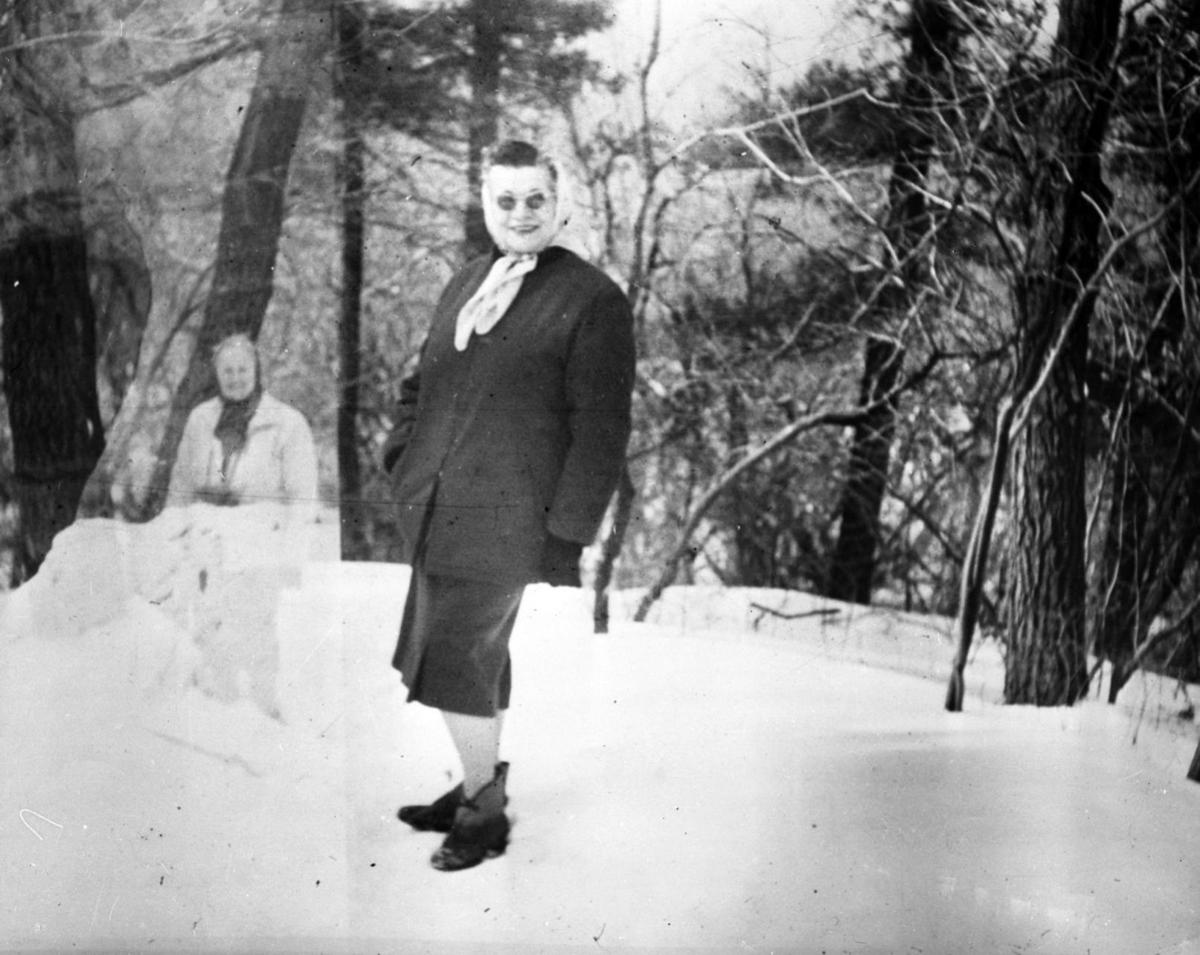 A double-exposure photo shows Frances Murphy, left, and Mildred Lindquist, in dark clothing. It was one of two photographs the three women took before being killed March 14, 1960, at Starved Rock State Park. The sightseeing photos prove that the women went into the canyon on their own volition, wrote the Tribune on March 18, 1960.

The scene near a cave in St. Louis Canyon at Starved Rock State Park where the bodies of three women were found on March 16, 1960. The women had been missing for two days.

Chester Weger, in white jacket, explains during a reenactment how he murdered the three women and then dragged their bodies into a cave at the bottom of St. Louis Canyon at Starved Rock State Park in November 1960. The murders occurred on March 14, 1960.