Hari, after all, masterminded the bombing of a place of worship. He appointed himself leader of an armed militant group that harbored anti-government sentiment. He rejected the ideology of American citizens and sought correction through violence.

"To me, it is not enough that Hari goes to prison," said Zaman. "I want to know where Hari got his money. And I want those people to also go to jail for 20 or 30 years."

Earlier this month, a jury found Hari guilty of orchestrating and helping carry out the 2017 bombing of Dar Al-Farooq Islamic Center, a mosque in Bloomington. Zaman and other Muslim faith leaders in the Twin Cities are now calling on lawmakers to create a new statute specifically designating the crime of "domestic terrorism." The law, they say, would allow prosecutors to push for harsher penalties for homegrown attackers such as Hari and to pursue cases against co-conspirators who give them money, weapons or other forms of aid.

"We want to prevent the next attack," said Jaylani Hussein, executive director of the Minnesota chapter of the Council on American-Islamic Relations, in a news conference outside the courthouse after Hari's Dec. 9 conviction. "And that is what our community is asking law enforcement and policymakers to do. Act now — so we can save lives."

The demand for new statutory tools to crack down on domestic terrorism has been circulating in recent years in response to high-profile attacks of domestic terror, such as the mass shooting by a white supremacist at the Emanuel A.M.E. Church in Charleston, South Carolina, an anti-Semite's deadly 2018 attack on the Tree of Life Synagogue in Pittsburgh and the neo-Nazi who killed a woman at Charlottesville, Virginia's "Unite the Right" protest by intentionally hitting her with his car. In 2019, U.S. Rep. Adam Schiff, D-Calif., introduced the "Confronting the Threat of Domestic Terrorism Act," which would expand the power of prosecutors in charging these types of cases.

But there is debate, even among those who agree with Zaman's central complaint of a double standard in the justice system, on whether such a law could cause more harm than good. Critics, which include the American Civil Liberties Union, say the law could be exploited by the government to spy on and prosecute political activists, such as those who protested the death of George Floyd this summer, in practice stifling free speech and exacerbating racial inequality in the criminal justice system.

Former FBI agent Michael German said the government already holds the statutory tools to crack down on domestic terrorism. The problem, he said, is that the intelligence agencies and federal prosecutors don't prioritize threats from domestic terrorists over international ones.

"As my father used to say, it's a poor workman who blames his tools," said German, now a fellow at New York University Law School's Brennan Center for Justice. "When the FBI and Justice Department are criticized for their lack of attention to far-right and white supremacist violence, they blame the tools rather than acknowledging it's their own policies and practices and lack of interest that are the actual problem. And that can be fixed tomorrow."

German, who also believes the government must reframe its priorities, said the need for new laws follows a "false narrative" that's been circulating since the Obama era. He said many of the government's terrorism-related laws can be applied to domestic attackers, but prosecutors don't use them that way.

Hari was convicted of five federal charges, including hate crimes and civil rights violations, for the bombing. Throughout the trial, prosecutors said Hari recruited desperate and uneducated men to help carry out the attack on the mosque with the intent of striking fear into the heart of the Muslim community. Hari and his "White Rabbits" militia planned other attacks, prosecutors said, and attempted to bomb a clinic that performs abortions in Champaign, Illinois, but the homemade explosive failed to ignite. His co-defendants, Michael McWhorter and Joe Morris, pleaded guilty to the bombing of the mosque last year and testified in Hari's trial.

Hari faces a mandatory minimum of 30 years in federal prison. His sentencing has not been scheduled.

Minnesota U.S. Attorney Erica MacDonald said her office used "the heaviest charges we could" to secure the punishment. Many faith leaders in the Muslim community praised how aggressively the U.S. Attorney's office prosecuted the case.

Zaman believes the designation of "terrorist" is significant beyond just securing a long penalty. It sets the tone for how the general public responds to the news and relates to victims, and it changes the way media covers criminal trials. In its most recent threat assessment, the Department of Homeland Security called domestic violent extremism "the most persistent and lethal threat" to the United States. The authors of the report said foreign terrorist organizations will continue to call for attacks on the homeland, but they will "probably remain constrained" in their ability to carry them out.

Yet, since the attacks of Sept. 11, 2001, the government has placed more emphasis on the threat of international terrorists than domestic, according to a Brennan Center report co-authored by German. In 2015, then-FBI Director James Comey refused to call the Emanuel A.M.E. Church attack "an act of terrorism," exacerbating long-held beliefs that the agency didn't view far-right threats as on par with international attacks committed by Muslims, according to the report.

"We're focusing the greater bulk of the budget on the smaller part of the pie," said Minnesota Attorney General Keith Ellison, a former member of Congress.

Ellison said additional laws may protect citizens from these types of crimes and could be "a positive thing," but he said the more immediate problem is that the FBI still doesn't put enough resources into domestic terrorism prevention.

"What we really need is more documentation. We need more enforcement," he said. "If the point of the crime is to inject terror into a community, then maybe it's appropriate to call it terrorism."

Watch now: Rep. Adam Kinzinger has battled Trump and his fellow Republicans. Could that be a strategy for higher office?

“I still hold that being a Republican in general means supporting national defense and smaller government. What does it mean today? I mean, in the state we’re in, I really don’t know,” Kinzinger said.

New year ushering in just 3 new laws in Illinois, but here's how they could affect you

Jan. 1 will ring in several new laws in Illinois — although, because of the pandemic, significantly fewer than years past — in addition to inc… 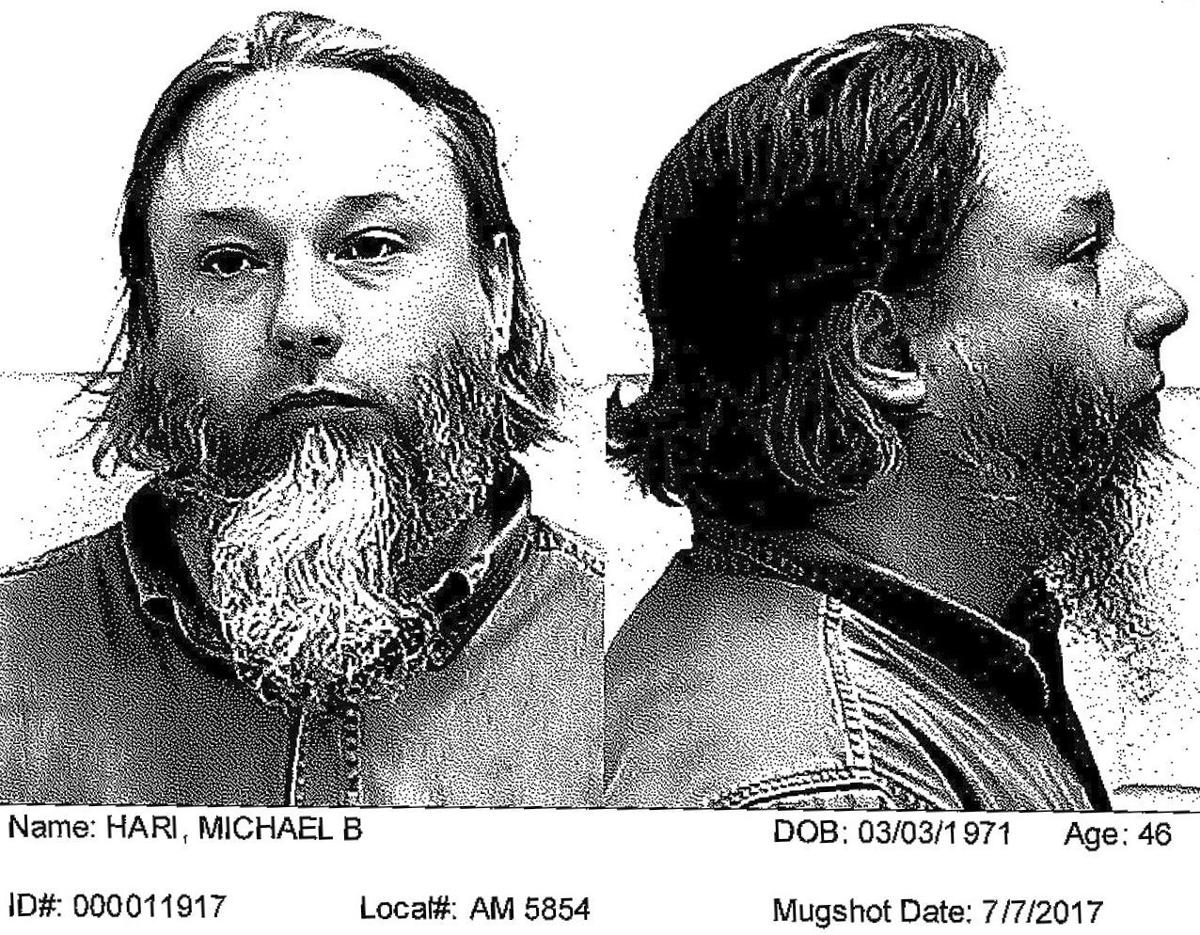 In this July 2017 booking photo released by Ford County Sheriff's Office, Michael Hari is seen on an assault charge. 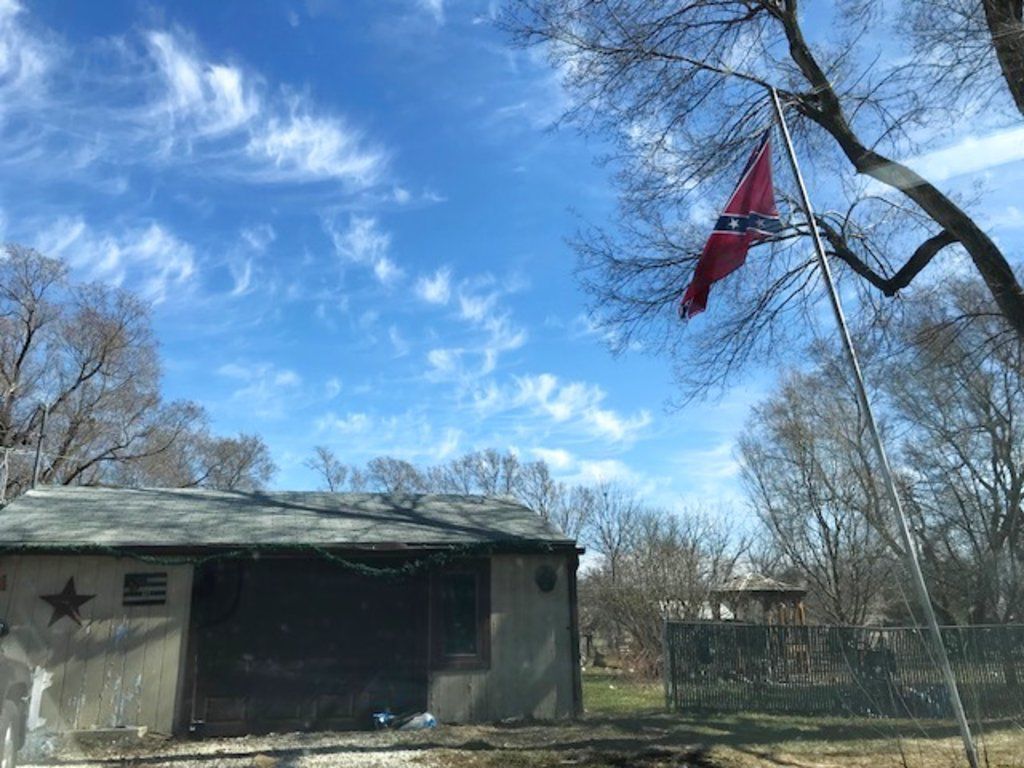 A Confederate flag flies outside a building on Main St., Wednesday, March 14, 2018, in Clarence, Ill. Michael Hari, a former sheriff's deputy accused of being the ringleader in the bombing of a Minnesota mosque emerges in court documents as a sometimes-threatening figure with anti-government views who also wrote books and attracted others into his shadowy group. Hari, allegedly intended for the attack to scare Muslims into leaving the U.S. He and two associates were charged Tuesday, March 13, 2018, with traveling some 500 miles from rural Clarence, Illinois, about 120 south of Chicago, to carry out the Aug. 5, 2017 pipe-bomb assault on the Dar Al-Farooq Islamic Center in Bloomington, Minnesota. (AP Photo/Teresa Crawford)