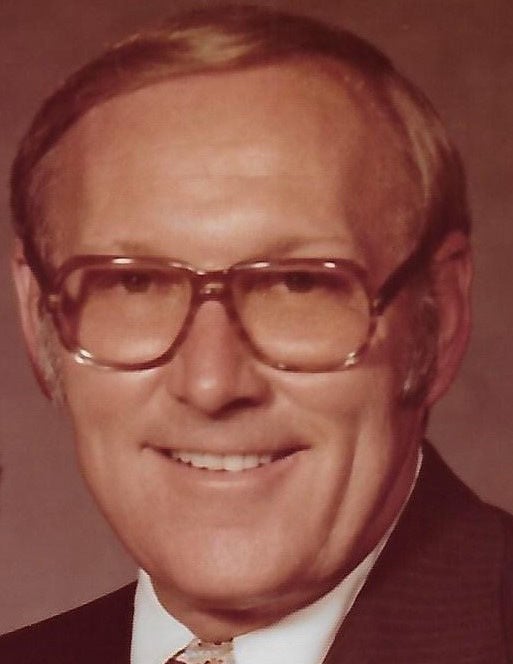 He was born June 30, 1929, in Piper City, the first-born son of Edward E. Fortna and Grace Culbertson Fortna. He married Phyllis J. Stephens Jan. 31, 1954, in Forrest. Phyllis was his pride and joy, and she preceded him in death on Oct. 27, 2013. He is survived by one sister, Barbara Ann Foltz, Mukilteo, Wash., and one brother, Paul E. Fortna, Urbana. He was preceded in death by two brothers, Kenneth V. and Eldon Joe Fortna, and one sister, Wilma Jean Mitchell.

He was a graduate of Forrest High School and a veteran of the U.S. Navy. He had a full and varied working career. His career included work at Caterpillar Tractor Co., Joliet; the trucking business, grain elevator business and ready-mix concrete business. He also worked as an electrician and policeman. With the help of his wife, he started college at the age of 34. He received his bachelor's degree and his master's degree from Illinois State University. He taught in the Forrest-Strawn-Wing school district for six years. It was during this time that he became a lay preacher in the Methodist Church and a seasonal income tax preparer. He ended his career working for Champion Federal Savings and Loan as vice president and regional manager in Aurora.

He was a collector and aficionado of war bird models (World War II fighter planes). His one-of-a-kind collection valued at $10,000 can be seen at the Livingston County War Museum, Pontiac. He was a volunteer at the museum and loved to tell visitors the amazing stories about his collection. Golf was another one of his passions, and he thoroughly enjoyed the camaraderie of his golfing buddies.

He was an avid reader and a philomath with a special interest in the major religions of the world. He had over 400 books in his personal library, and he believed that a library was not a luxury, but one of the necessities of life. He was also blessed with a curiosity that is the hallmark of mental freedom. It was not only diverse, it was epistemic.

He found peace and contentment in human contact, in friendship, in love, in music, in reading, and indeed, in understanding. One of the supreme joys in life is to be given the esoteric privilege of understanding. Science gave him that privilege, and he understood. He was also aware that the joy of understanding is a sad joy. But, once you've experienced it, you wouldn't exchange it for all the frivolous gaiety and empty hopes of the vulgar herd. Although he left no bodily offspring, he left a multitude of mental offspring.

Death has this much to be said for it, you don't have to get out of bed for it. And wherever you happen to be, they bring It to you free. The sure road to extinction that we all travel towards and shall be lost in always, not to be here, not to there, not to be anywhere. And soon, nothing more terrible, nothing more true. He wouldn't want anyone to be sad because his life is over; he would want you to be glad that his life happened.

His inurnment will be at a later date in the Forrest Township Cemetery, with no services accorded.

Condolences may be offered at www.owensfuneralhomes.com.

To plant a tree in memory of Donald Fortna as a living tribute, please visit Tribute Store.

Sign up to get the most recent local obituaries delievered to your inbox.