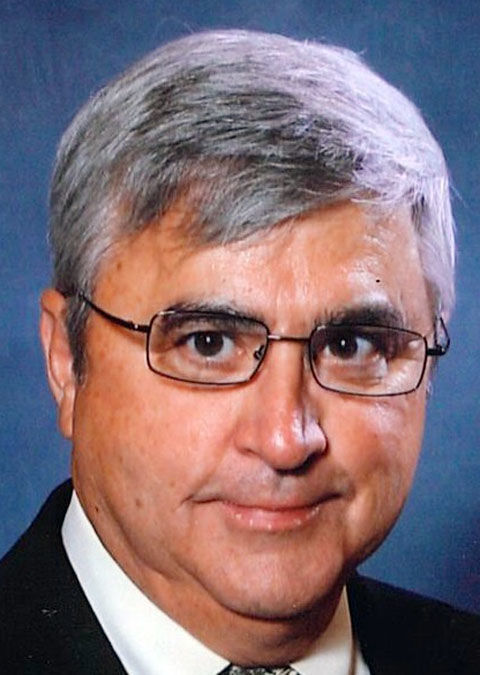 Visitation will be from 11:00 a.m.- 1:00 p.m. Saturday, July 24, 2021 at Carmody-Flynn Funeral Home with a memorial service at 1:00 p.m. with Pastor John Schurter officiating. Military rites will be accorded by Bloomington-Normal American Legion Honor Guard. A Celebration of Life will be held from 3:00-7:00 p.m. at Reality on Monroe in Bloomington. Family requests casual attire.

In lieu of flowers, memorials may be directed to St. Jude Children's Research Hospital, Wounded Warrior Project or the charity of the donor's choice.

Bob was born September 15, 1947 in Peoria. He married Pamela Jo Wartena on April 17, 1971 in LeRoy and they celebrated 50 years together. She survives.

He was preceded in death by his parents Stanley and Charlene (Davis) Thompson and a brother-in-law, Dwayne Norton.

Bob was a 1965 graduate of Normal Community High School and attended Illinois State University. He was a US Navy Veteran from 1965-1968, serving two tours of duty in Vietnam aboard the USS Bexar over 27 months.

Bob was a 50 year member of IBEW Local 197 in Bloomington and served as business manager from 1981-1998. He proudly served as trustee on several committees within the NECA/IBEW Trust Fund. From 1998 until his retirement in 2012 he was the Fund Administrator for NECA/IBEW in Decatur.

Bob was a lifelong fan of the Chicago Cubs and Green Bay Packers. He loved the outdoors and enjoyed boating, fishing and golfing. His family and friends meant the world to him. Bob was especially proud of his kids and grandkids. He will be missed by all.