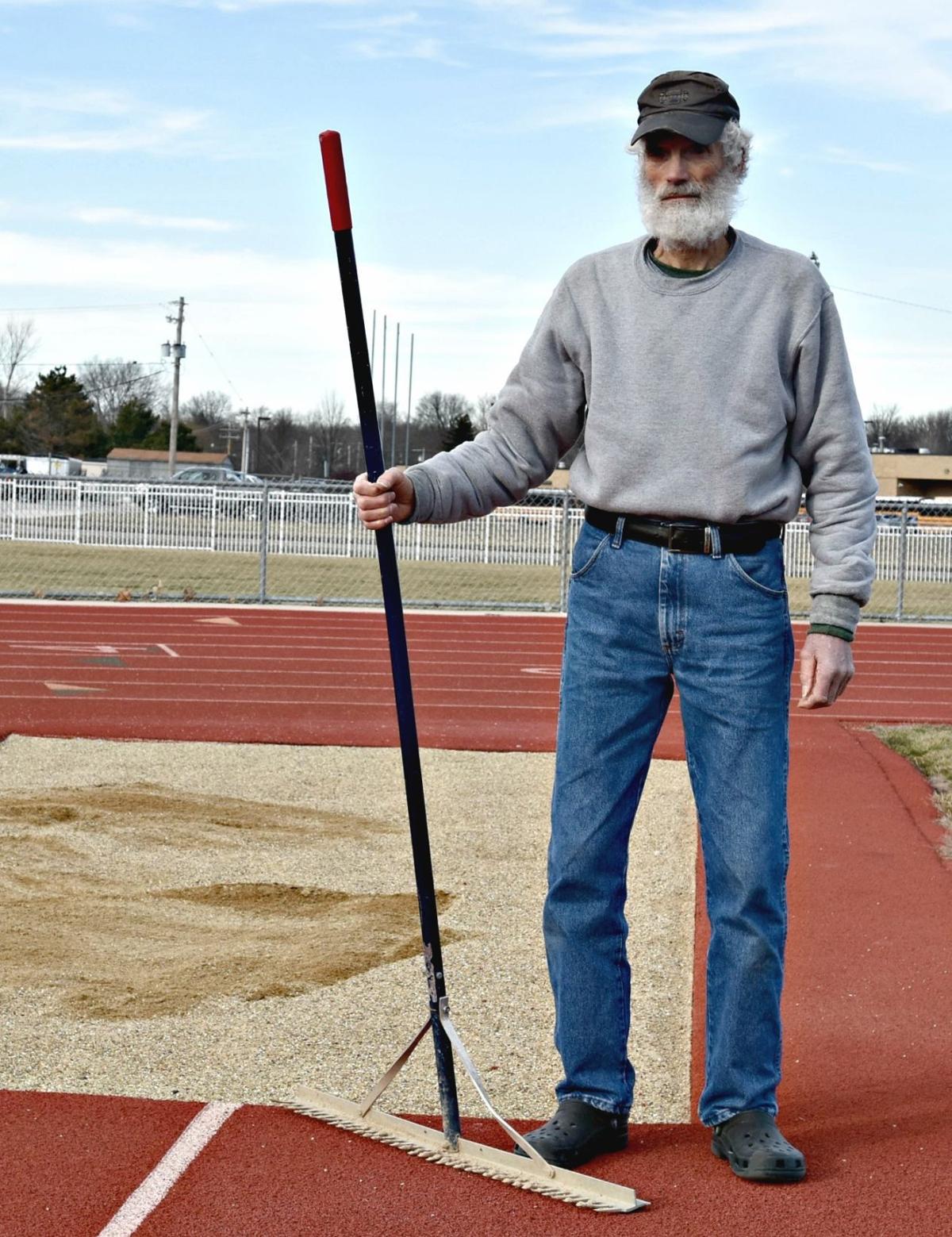 Mark Albright, a volunteer jumping pit sand raker for Bloomington High School, stands at the school's sand pit. When not smoothing things out at BHS track meets, Albright dispenses words of encouragement to the participants. 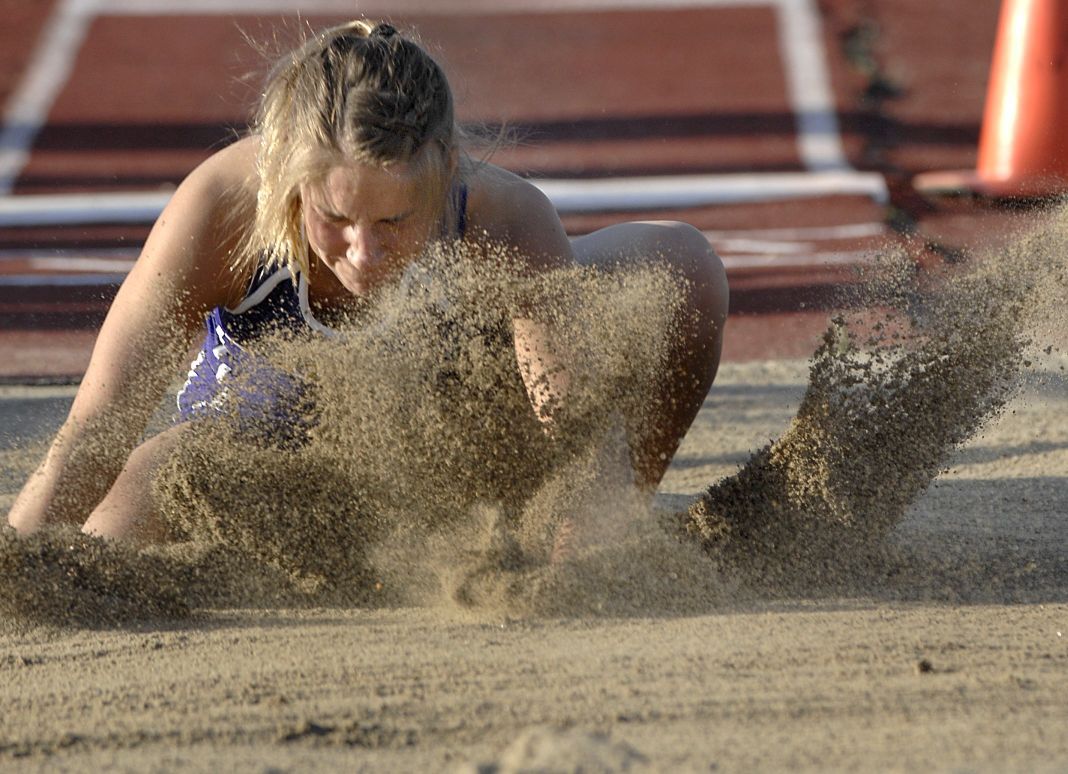 In this April 17, 2009, file photo, Bloomington High School's Kelly Steffen lands in the pit during the Girls Long Jump Event at the BHS Track and Field Invitational.

BLOOMINGTON — Since the late 1990s, Mark Albright has given long jumpers and triple jumpers at Bloomington High School track meets a safe place to land.

It turns out that just by being positive, hopeful and energetic, a generation of jumpers have given him a safe place, too.

Albright, a volunteer jumping pit sand raker, saw things as a Marine in Vietnam that he can’t unsee.

“I think you never really can be pure in your mind again,” said the 69-year-old. “Once you see certain things, you know what mankind can stoop to. It’s right in your face.”

A moment of truth came in 1999 when a minister told a struggling Albright if he helped others, God would help him.

“That’s been true,” said Albright, who has become more than a smoother of sand at BHS where track athletes have learned they can count on him for encouragement.

Former BHS star Coree Harrell, now a member of the McKendree football and track teams, can’t forget Albright’s pep talks at meets both home and away.

“I’m glad he was on our side,” Harrell said. “It’s much appreciated. I encourage anybody to take his advice because he won’t steer you down the wrong path. He never did with me. He has my full trust. He’s a great man and mentor.”

Harrell remembers some Purple Raiders viewed Albright as a father figure. Albright’s own father fought on Iwo Jima. His late uncle was a POW for seven years.

“I was fortunate that when I grew up, patriotism was really a thing to do,” said Albright, a former track and cross country athlete at Peoria High, where his class recently held its 50-year reunion.

Back in February 1965, he joined the Marines and they showed him the world.

“Once I got home and thought about all the places I was and how blessed I was … of all the places to be born, I was born in the USA,” he said. “You can’t ask for a better place.”

Albright found BHS to be a pretty good place, too. His daughter, Erin, became a state-qualifying cross country runner there before graduating in 1997. When he saw a chance to help at boys and girls meets, he did.

“I do it because my daughter got a lot out of track there,” he said. “The kids always call me their chief cheerleader.”

He calls them “a catalyst to just keep going and do better.”

Albright puts younger rakers to shame with his endurance. He chuckles when hotshots start to tire 20 minutes into a five-hour meet requiring nearly 400 pit rakings.

Albright’s raking strategy involves a mix of strength and finesse.

“I get in and kind of stir it up,” he said. “I’ll start at the front because that’s the most important and work my way to the back, just make nice steady raking strokes across so it looks like a field being plowed. Then by the time I get to the back, it looks fairly good.”

“I can’t think of anybody else who I can rake with all night and most times we don’t even lock rakes twice,” Albright said. “It’s not that we’re good; it’s that we have the teamwork and we’re watching out for the other person.”

Their finished product lasts about 10 seconds before another jumper lands.

“I would rank him as the top pit raker in the state of Illinois,” said BHS coach John Szabo. “His pit is flawless.”

Harrell calls Albright’s sand “the best I’ve ever seen, even better than state.”

For Albright, who has worked 30 years as an Illinois Wesleyan custodian, smooth sand provides a sense of accomplishment.

“It’s fun,” he said. “If I got paid for it, that would really mess it up. I think some of the best things you can do in life are for free.”

Outlook 2016: The people who are shaping the future of Central Illinois

Mark Albright, a volunteer jumping pit sand raker for Bloomington High School, stands at the school's sand pit. When not smoothing things out at BHS track meets, Albright dispenses words of encouragement to the participants.

In this April 17, 2009, file photo, Bloomington High School's Kelly Steffen lands in the pit during the Girls Long Jump Event at the BHS Track and Field Invitational. 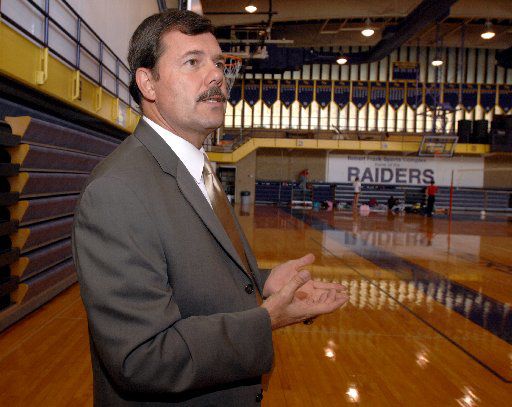 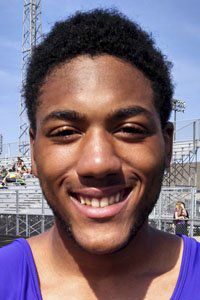 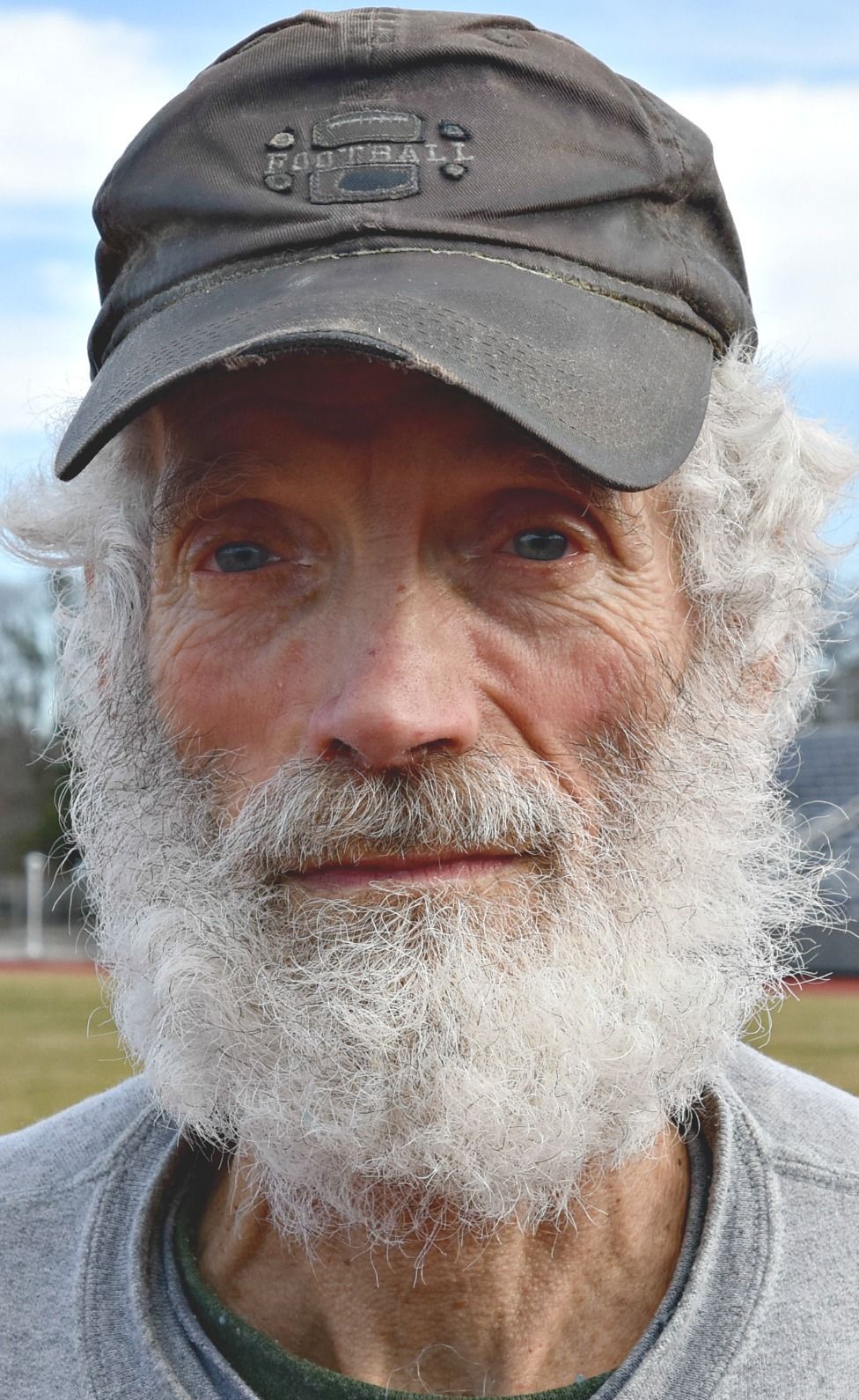