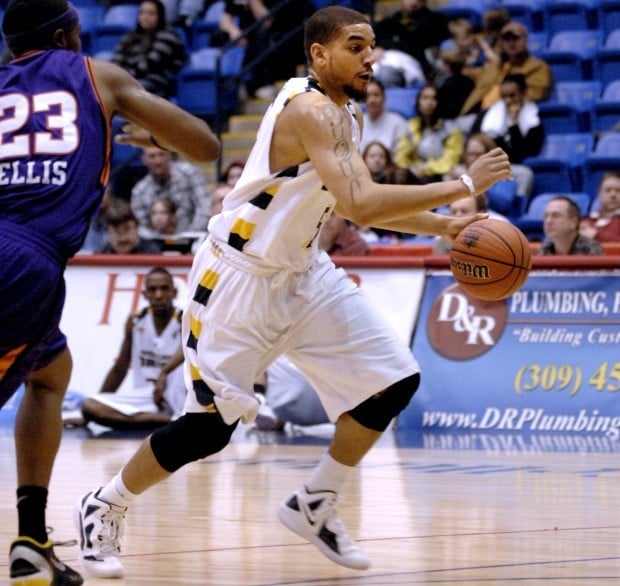 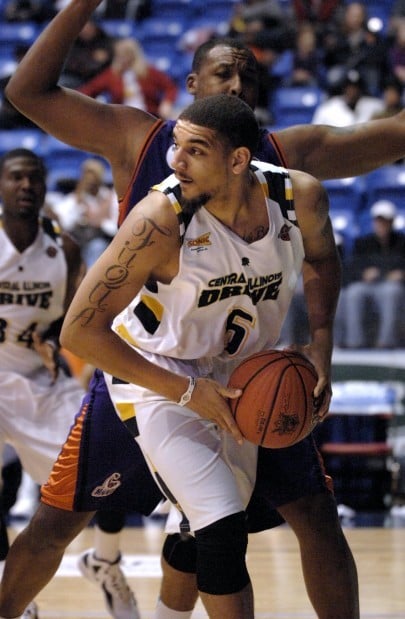 Even though Fuqua is only 6-foot-2 and 190 pounds, he could guard multiple positions thanks to what Guyton calls competitiveness and heart.

“It’s rare that you find a player who relishes guarding the other team’s best player,” said Guyton, who has repeatedly asked Fuqua to do just that as the Drive have gone 15-1 heading into Saturday’s 1:05 p.m. home game against the Indiana Diesels (4-11).

Fuqua has embraced the role of defensive stopper since his days at Maywood Proviso East High School.

“I take pride in my defense and I take pride in stopping people from doing what they enjoy doing,” said Fuqua, who uses savvy anticipation and a 6-foot-9 wingspan to frustrate opponents.

“He shut down Jereme Richmond two games and this is a 6-7 kid who is supposedly a McDonald’s All-American,” Guyton said. “He couldn’t make a move against (Fuqua).”

Fuqua’s defensive mentality has rubbed off on teammates, who allow a mere 90.3 points per game to lead the Central Division by 13.5.

“It’s wearing off on our team because we’ve got guys who never played defense in their life caring about defense,” Guyton said.

Fuqua’s teams have been highly successful. Proviso East went 27-4 his senior year. He also played for a 29-4 Triton College squad, a 27-4 Central Missouri team and a 24-6 Iowa Wesleyan squad.

What those teams and the Drive share is a disregard for who scores.

“Everybody knew what the goal was and that was to come out with a win,” said Fuqua, noting several of his teams have had stars, but their egos didn’t wreck team harmony.

Fuqua’s modest 45 percent field goal accuracy is something he would like to raise. He averages 10.9 points, 4.4 rebounds and 2.6 assists.

Fuqua was a terror March 4, scoring 24 points in a 119-107 overtime victory against Sauk Valley. Three times he drew contact that sent him sprawling, but he still made the shot and the ensuing free throw.

“I was always taught, once you are fouled, put the ball on the square,” Fuqua said. “That’s my objective every time, just to get it up there and get an opportunity for the ‘and-one.’”

Fuqua’s goals include a PBL title before continuing his pro career abroad or in the U.S. Beyond that, he would like to finish his degree in exercise science and become a coach. Players with heart are likely to make his roster.

Suspension irks Guyton: Jemal Farmer (13.4 ppg) was suspended by the PBL prior to the Drive’s 88-87 loss at Sauk Valley March 10 after his flagrant “one” foul against Sauk Valley on March 4 was upgraded to flagrant “two.”

“I think it was a terrible decision on the league’s part,” said Guyton, noting no other PBL player has been suspended this season. “The kid did nothing wrong.”

BLOOMINGTON — The Central Illinois Drive beefed up their front line Friday with the signing of 6-foot-9, 270-pound Jeff Graves, who played for…