Yet how it went down wasn't what anyone could have imagined.

IWU ventured to PGA National in mid-March while on spring break after finishing second in the Orlando Invitational. The defending NCAA Division III national champion Titans beat all but one Division I team, Wright State, at Orlando.

Getting another chance to play the course where IWU expected to have a golden opportunity to become the school's first repeat national champions in a couple months was something that couldn't be passed up.

"We really were in a good spot," said Le Vine, a senior. "Everyone was playing well and really in a good mindset."

Illinois Wesleyan’s Skylar Le Vine sinks this clutch par to finish at 2-over for the final round and and keeps IWU ahead of Huntingdon for 1st place by two strokes on the team leaderboard with four pairs to go pic.twitter.com/VQ9QmPTycr

Midway through the round, IWU coach Jim Ott said one of his players checked his phone and let everyone know what was happening in the real world:

The Titans' dream season was over.

Because of the COVID-19 pandemic that was just starting to gripe the nation, the NCAA announced it had canceled all spring sports national championships.

Ott said his initial reaction was "what do we do now?"

"In a way it was good we were all there together and you could talk to guys and help everyone get through it, especially our seniors," said Ott. "At first, you could not believe it."

The Titans were ranked No. 1 in the country. With three players back who helped IWU win its first national golf title by three strokes in 2019 and a deep roster just waiting in the wings, this season started quickly.

IWU won four of five tournaments in the fall. The only one they didn't came in the Division III National Preview at PGA National when Emory overtook the Titans in the final round and won the 54-hole event by seven strokes.

"It probably would have been harder if we had not won last year because some seniors on other teams who finished second and third last year have good teams this year," said IWU's No. 1 player, junior Rob Wuethrich. "They're thinking we didn't get it last year and don't get a chance this year.

"It's definitely better to have that national championship last year. But it would have been kind of nice to be the first team from Wesleyan to repeat their title and get another one for coach and the seniors, too."

Le Vine also would have liked that. The Titans should be practicing at home this week before heading to Florida to begin nationals on May 12.

Yet Le Vine remains grateful for what he's got.

"We proved we could win one and perform when we needed to," he said. "Another national championship would be more icing on top of the cake. But it was satisfying to get that last year."

Wuethrich and sophomore Jimmy Morton were named Division III PING first-team All-Americans. Wuethrich, an All-American for the third straight year, posted the No. 1 scoring average in the country at 70.2 strokes for 15 rounds. The Normal Community High School graduate was medalist in three tournaments and tied for first in another.

"As good as we were last year, this year's squad was even better and maybe even a fair amount better as well with everyone coming back and all the experiences that we had," said Ott, who is up for his second straight Division III Coach of the Year award. "We would have had a very strong run and just pushed through nationals."

Wuethrich said the Titans already will have "a chip on their shoulder" coming into next season. Technically, IWU still will be the defending champion.

"Losing Skylar is big and the experience of the other seniors, but we have guys who will step up and incoming freshmen that can play well and people who can improve over the summer," said Wuethrich. "This was our goal this year — to go back and repeat. So let's take the same mindset we had this year and play the best we can in each tournament.

"It worked well for us this year. Hopefully it will work well next season."

Le Vine will be keeping close tabs on his teammates. He's already accepted a job as a commercial bank analyst in development for a Chicago-area bank and starts June 15.

Perhaps Le Vine can keep not getting another chance for a national title in better perspective than anyone. His father and biggest fan, Steven, passed away before his junior season with the Titans.

"He would have been over the moon for our national championship," said Le Vine. "He was a very positive-minded person. I think with this cancellation he knew that stuff happens, and there's worse things that can happen in life. He would have had a positive attitude toward this and been very encouraging."

Ott has built the Titans into a powerhouse. He often brings two teams to tournaments and watches both roll over most of the field.

While IWU figures to be in a similar position next spring, that doesn't make this year's sting easier to take.

"I don't know if it will ever go away," said Ott. "They say time is the best healer, but it will be a long time for this one to heal."

Illinois Wesleyan's golf and tennis teams, which have been deemed low-risk sports, will be allowed to compete this fall.

NORMAN, Okla. — Illinois Wesleyan's Jim Ott, who led his team to the national championship, has been chosen as the Division III winner of the …

NICHOLASVILLE, Ky. — The 13th straight appearance in the NCAA Division III Men's National Golf Championship proved to be the lucky one for Ill…

Watch now: 6-year-old gets hole in one at Bloomington club

Ryan Baker comes from a golfing family and now can say he's done something his father, former Illinois State standout Nic Baker, has accomplished. The 6-year-old Bloomington boy notched a hole in one on Tuesday. 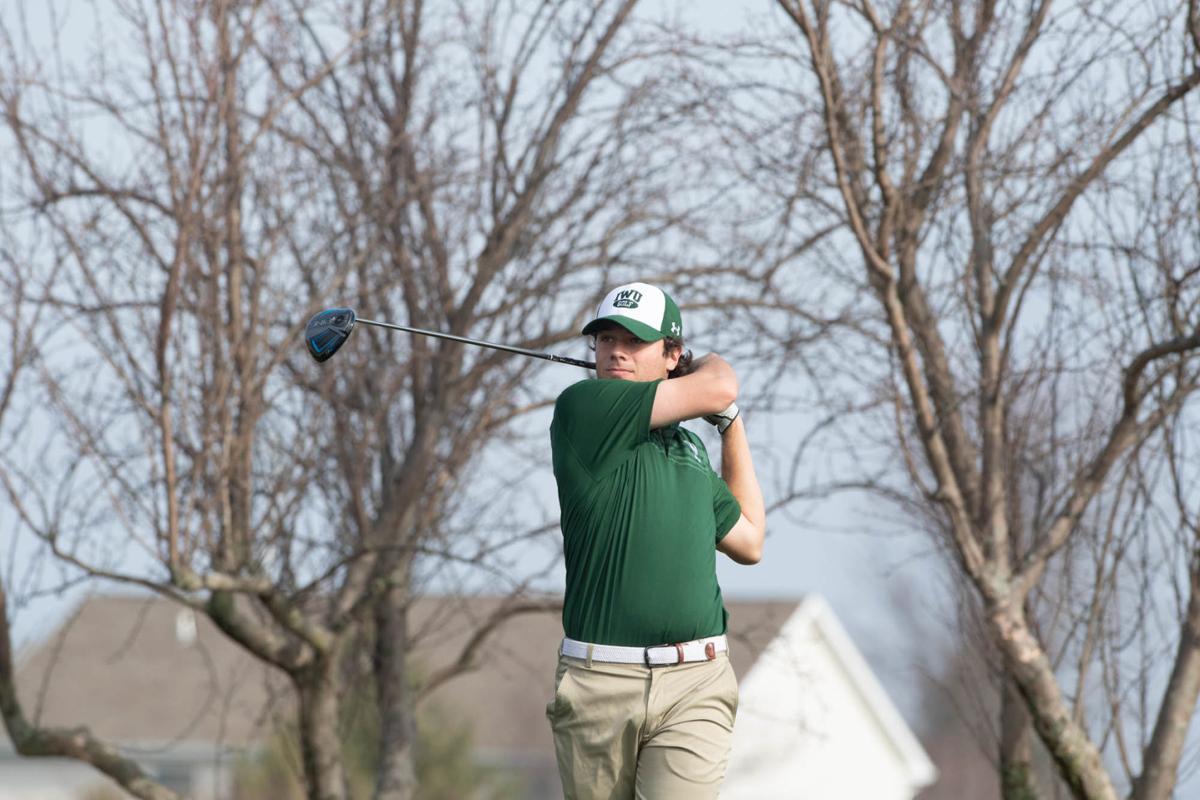 Skylar Le Vine watches a tee shot during the 2019 IWU Invitational at Normal's Ironwood Golf Course. Le Vine, an Illinois Wesleyan senior, didn't get a chance to help the Titans earn a second straight NCAA Division III National Men's Golf title as the spring season was shortened because of the COVID-19 pandemic. 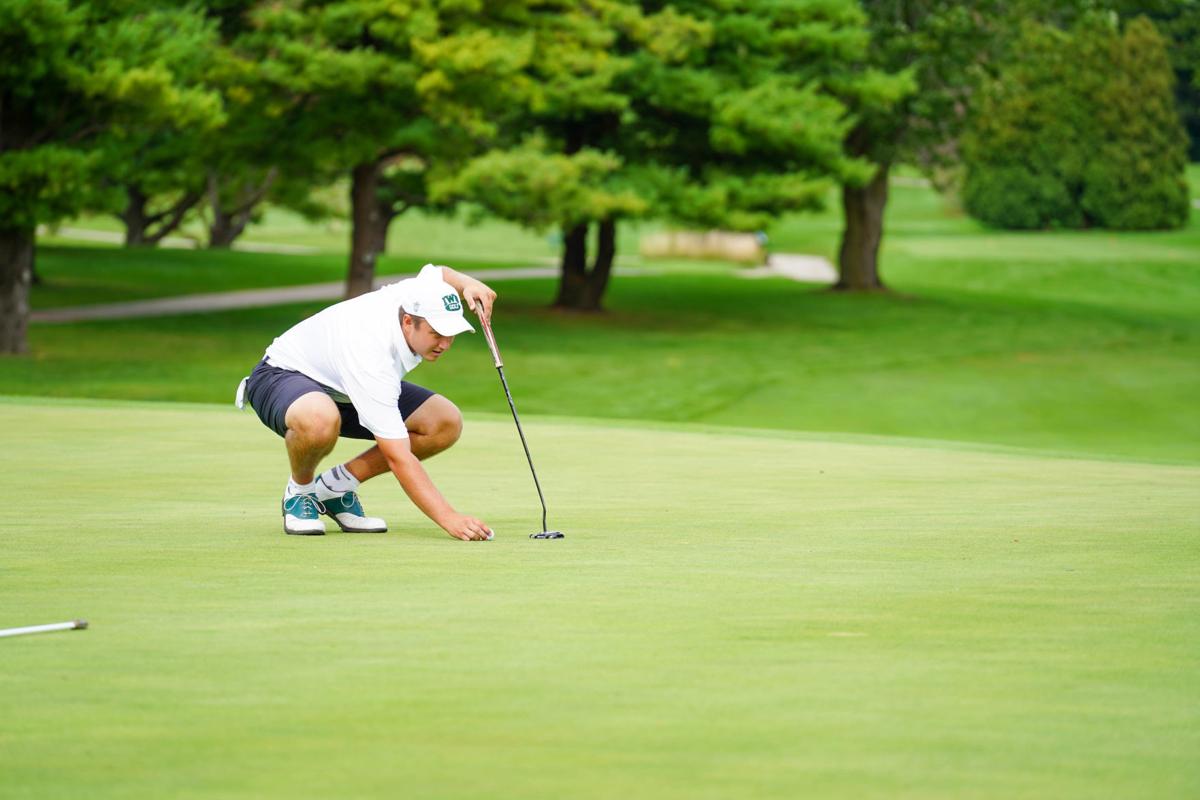 Rob Wuethrich lines up a birdie putt during the 2019 IWU Invitational at Normal's Ironwood Golf Course. Wuethrich, a Normal Community High School graduate, earned Division III All-American honors for the third straight year this season and led the nation with a 70.2 stroke average. 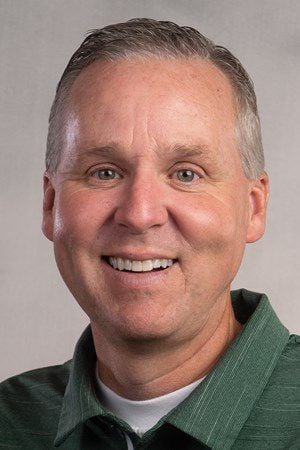 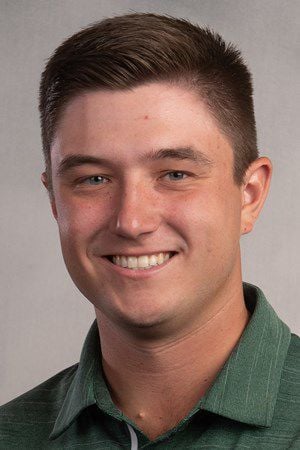