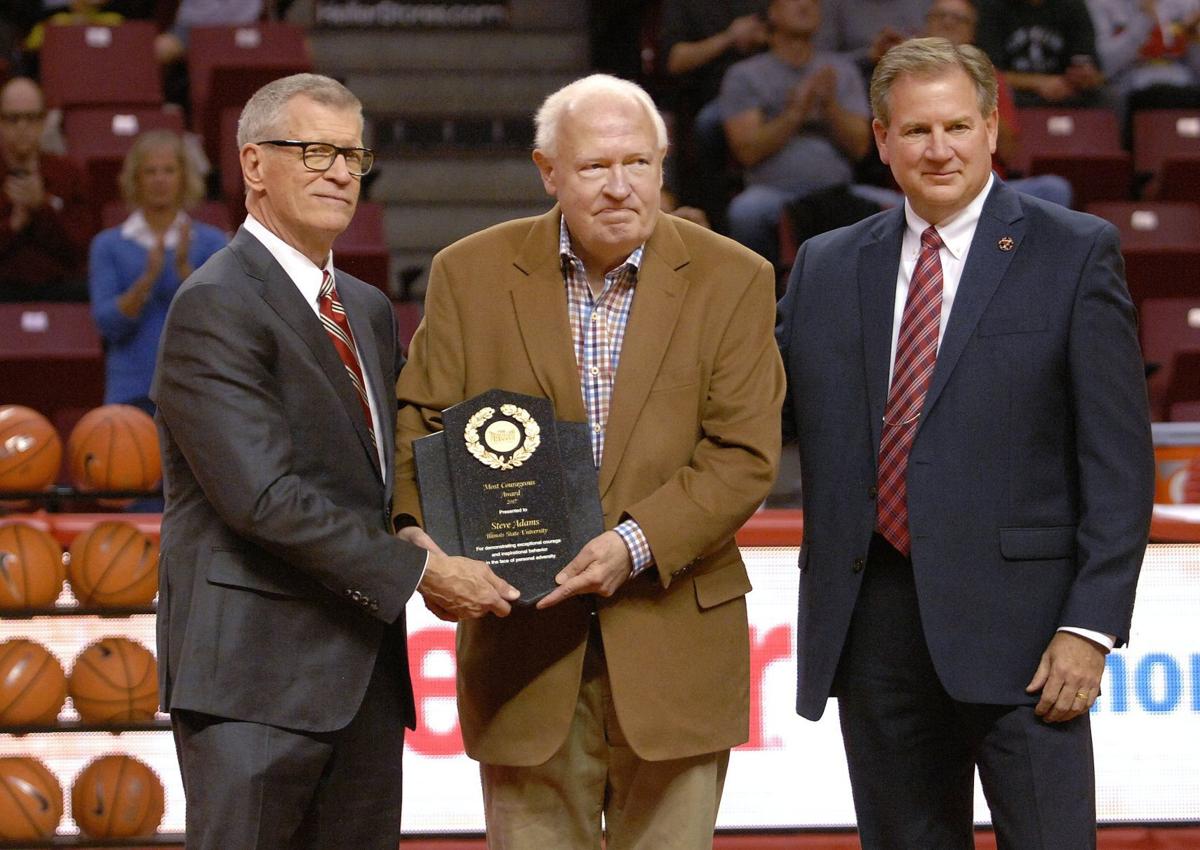 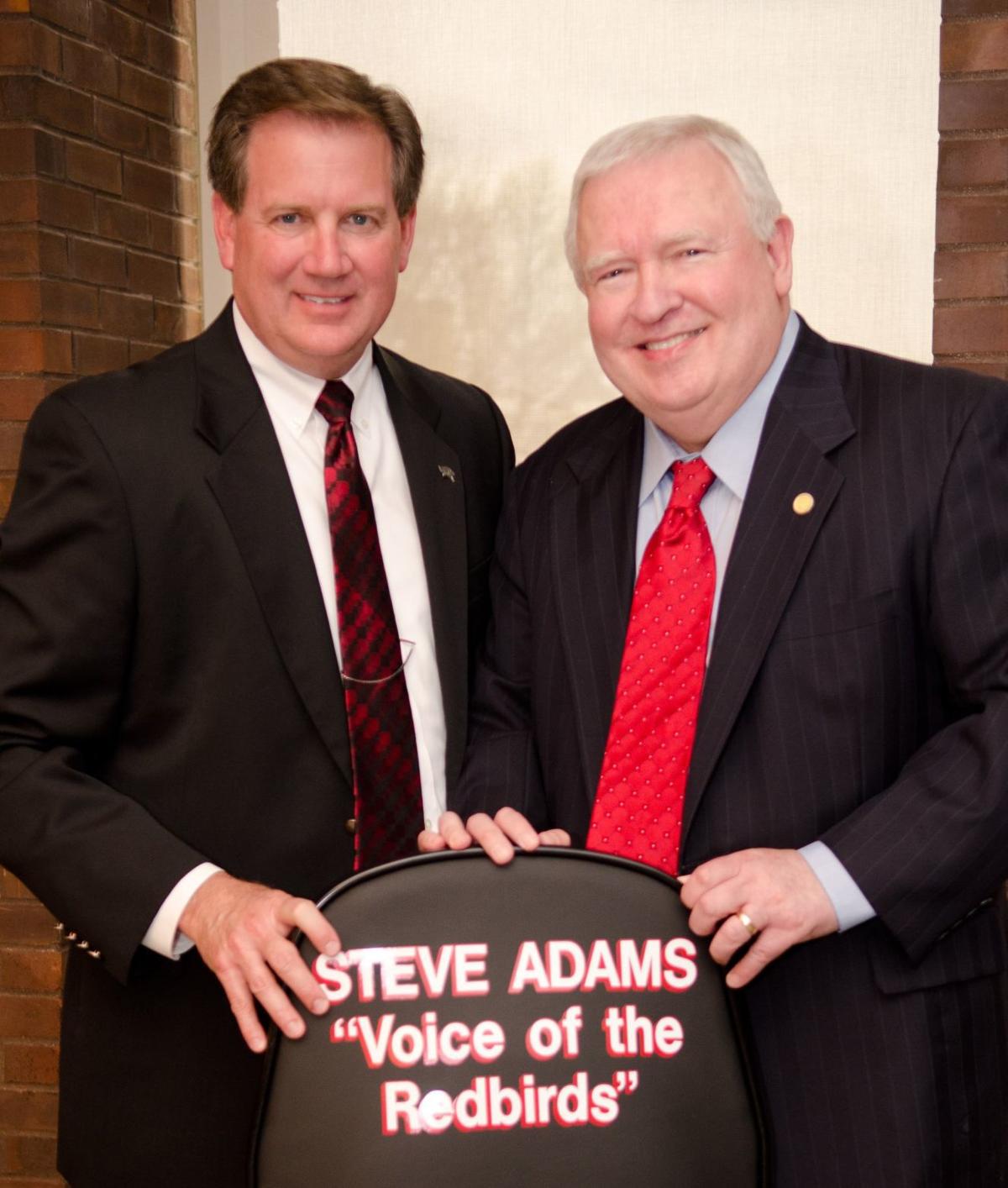 Adams' voice and trademark style were synonymous with Redbird basketball games, as he has volunteered as the public address announcer for Redbird men's basketball for 40 seasons, encompassing over 600 home games.

He also served as the PA announcer for ISU football games until the renovation of Hancock Stadium, tallying over 200 games during that time. Although he briefly retired from his public address announcer role in 2013, Adams returned to work select men's basketball games over the past several seasons.

“Redbird Athletics is saddened to learn of Steve’s passing. To generations of fans who attended games at Horton Field House, Hancock Stadium and Redbird Arena, his voice was one of the first things they heard when entering the facility and the last voice heard before they left,” Illinois State director of athletics Larry Lyons said. “The word iconic is not quite enough to describe Steve. To many, he was larger than life and was a proud Redbird.

"He represented not only athletics, but the entire university with his professionalism and dignity. He mentored so many young people on this campus, not to mention several administrators including myself. His signature ‘This Is Redbird Basketball’ call to start a game will echo in our collective memories. Our hearts go out to Sandi and his family at this difficult time. He will be missed.”

Prior to his time at ISU, Adams worked 10 years at The Pantagraph as a sportswriter and assistant sports editor.

Adams was inducted into the ISU Athletics Percy Family Hall of Fame in 1992 as the Campbell “Stretch” Miller Award recipient for his dedication and passion for Redbird athletics. Included among his numerous recognitions were the Neal R. Gamsky Quality of Student Life Award from ISU Student Affairs, Illinois Basketball Coaches Association Hall of Fame and the University High School Alumni Association Pioneer Hall of Fame.

In February of 2017, Steve and Sandi Adams were named the recipients of the Joseph F. Warner Golden Redbird Award in recognition of their support of the Weisbecker Scholarship Fund (WSF) and Illinois State Athletics. Later that year, Adams was honored with the Missouri Valley Conference Most Courageous Award.

He was Vice President for Student Affairs for the final five years of his formal career at ISU, before retiring from the university on June 1, 2011. The Division of Student Affairs Legacy Hall of Fame is named in honor of Steve and Sandi Adams for their many years of combined service and commitment to ISU.

A native of Bloomington-Normal, Adams attended Metcalf Grade School and University High School before he earned a bachelor of science degree in business administration from Illinois Wesleyan in 1968. He then served his country in the U.S. Army with the United Nations Command in Seoul, South Korea, from 1968 to 1970 for which he was awarded the Joint Services Commendation Medal for Meritorious Service.

Dan Muller’s link to Kevin Stallings runs deep and spans decades. Muller played for Stallings at Illinois State, coached 12 years under him at…

Kindred: Longtime Illinois State P.A. announcer Steve Adams was a trusted voice at, and away from, the microphone

Sometimes it was a phone call or voice mail. Occasionally it was an email. Better still was when it came in person in the press box, media roo…

Gridley native Perry Roth is moving up on the Alabama-Birmingham baseball coaching staff.