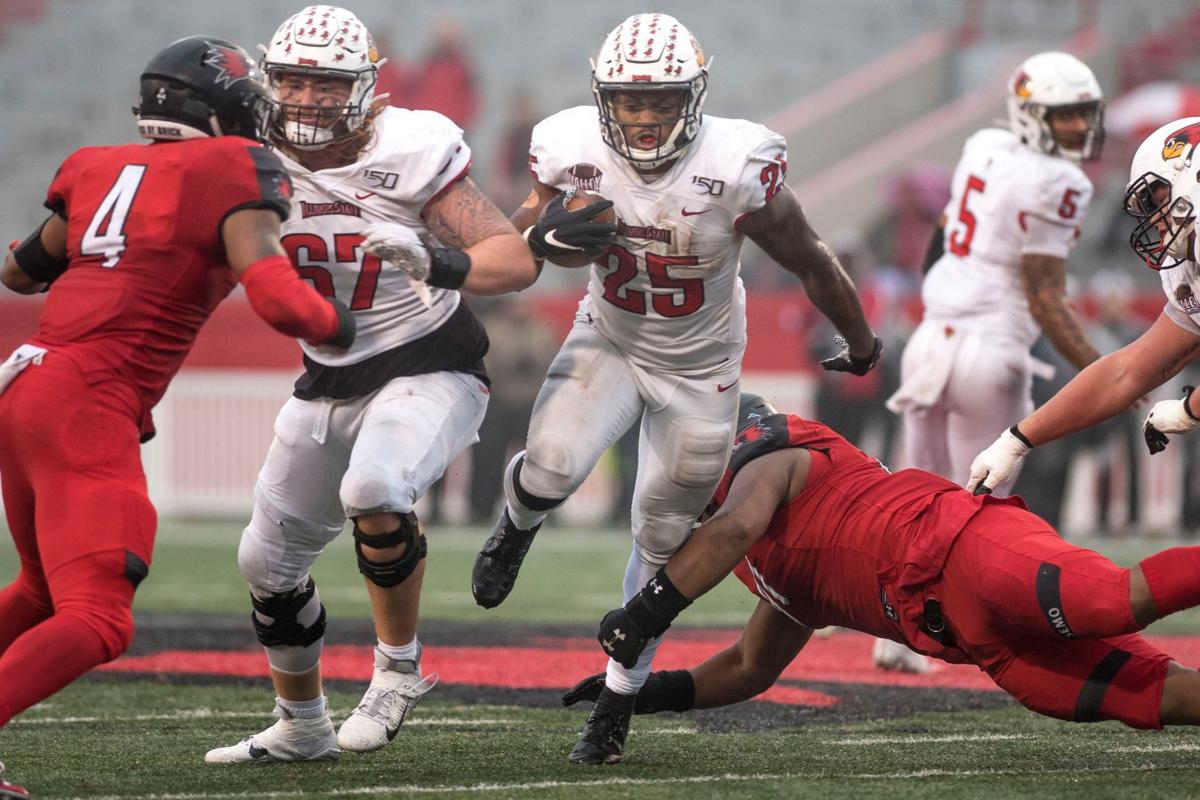 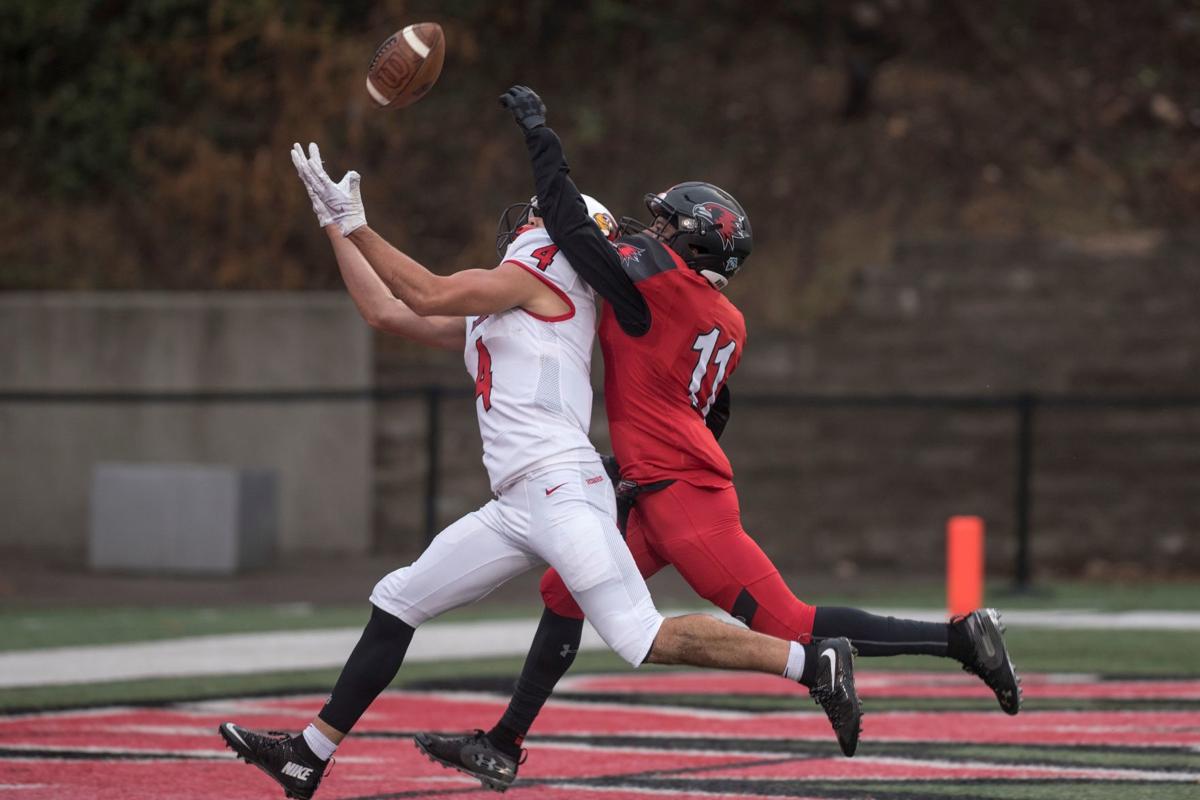 Illinois State's Andrew Edgar (4) hauls in a pass from Bryce Jefferson for a touchdown against Southeast Missouri on Nov. 30 in Cape Girardeau, Mo. 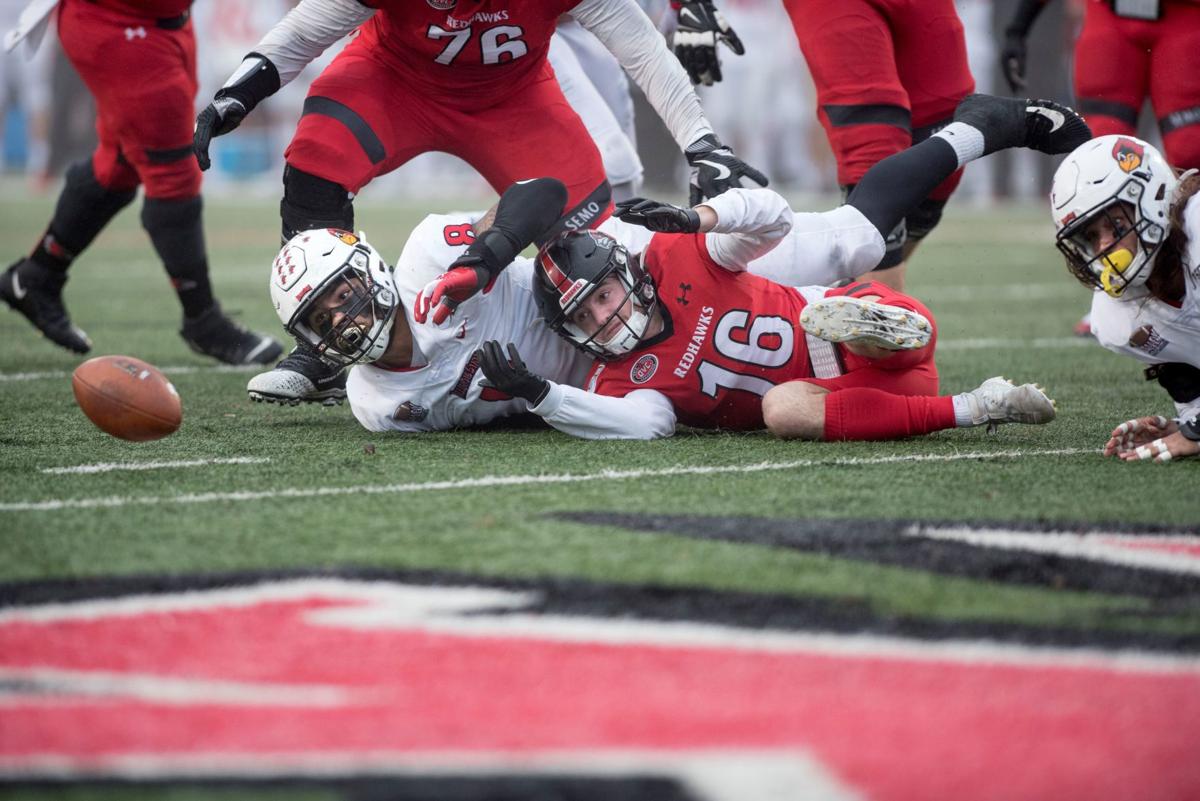 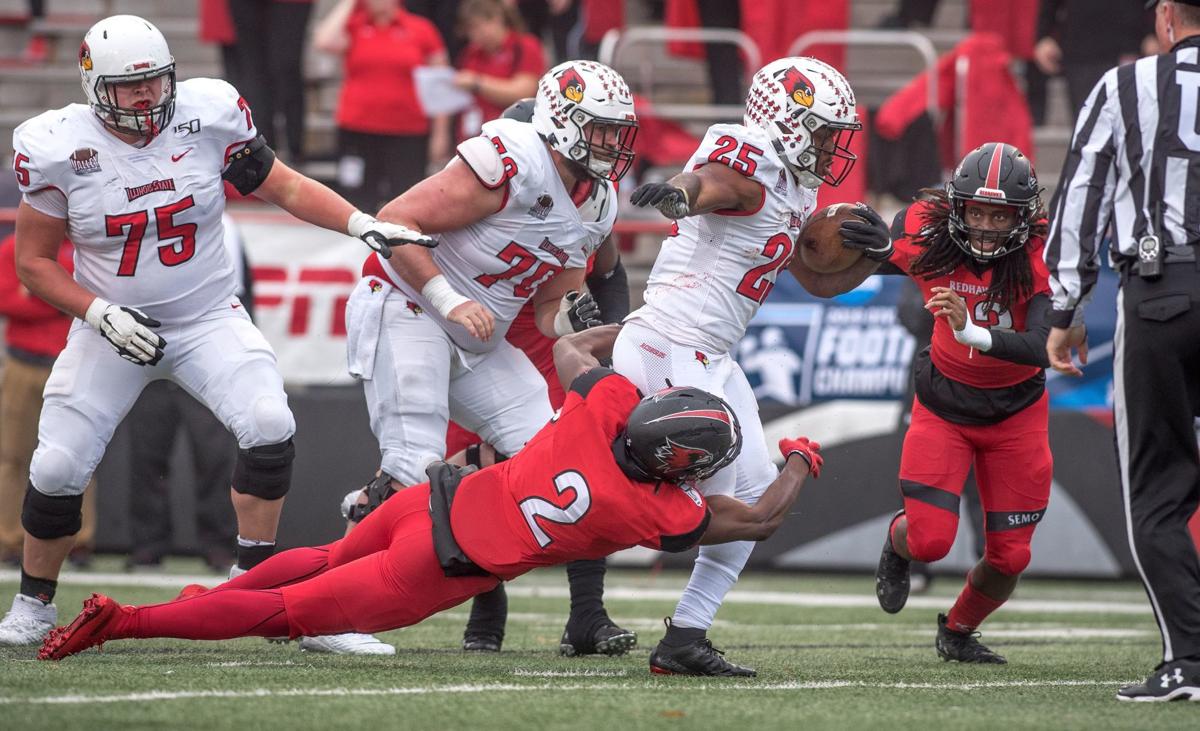 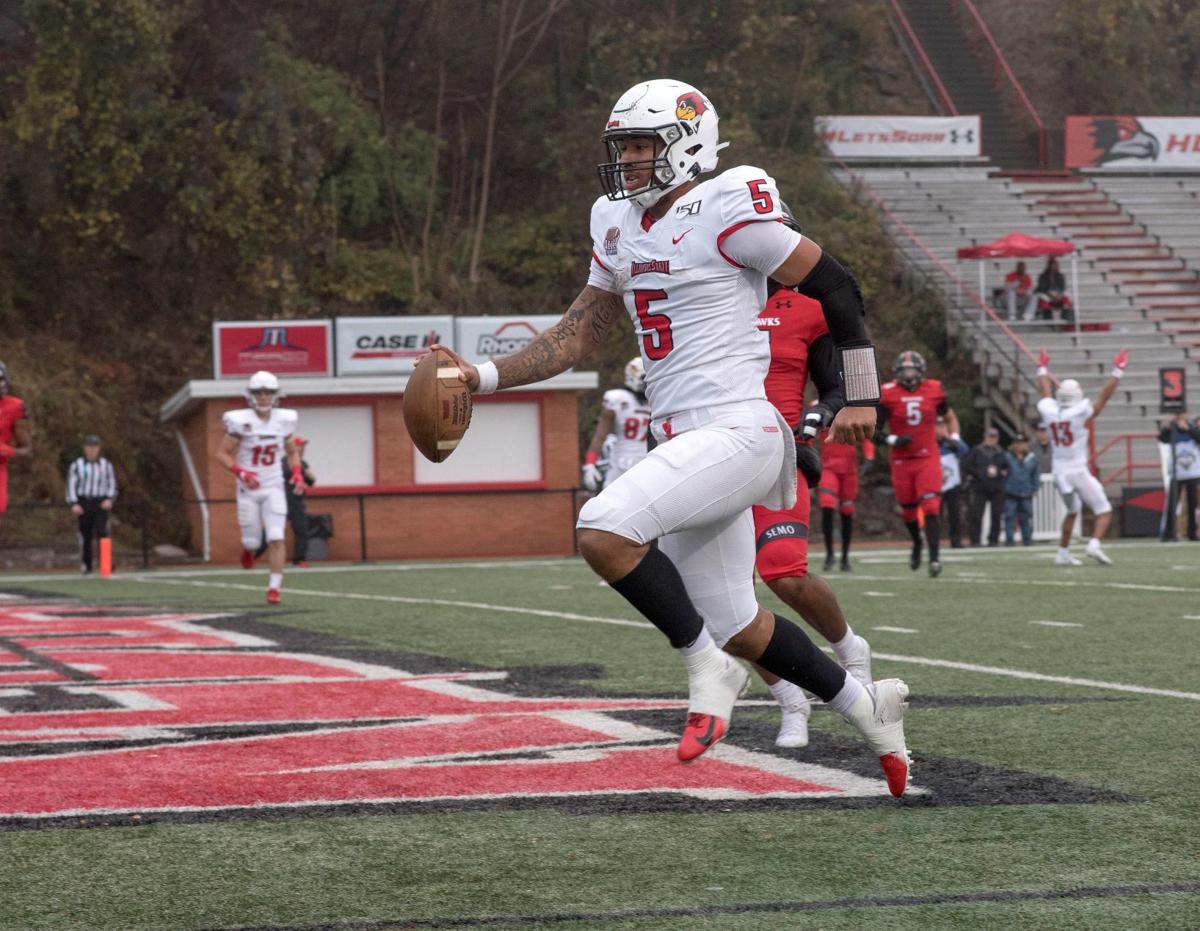 CAPE GIRARDEAU, Mo. — James Robinson will get some meaningful time off. Illinois State football coach Brock Spack will see to it.

"We'll put him on ice, let him sleep for awhile," Spack said Saturday at Houck Field. "Until next Saturday."

There will be a next Saturday for the Redbirds largely because of Robinson.

James Robinson leads the Redbirds in the ISU fight song after his 297 yard day on the ground pic.twitter.com/x9kS1utz7k

The senior tailback relentlessly hammered away at 12th-ranked Southeast Missouri for a school-record and Missouri Valley Football Conference playoff-record 297 yards on 41 carries to spark No. 13 ISU to a 24-6 FCS first-round victory before a crowd of 3,274.

"I knew coming into the game we were going to run the ball," Robinson said. "Not that I expected (41 carries), but you've got to be ready for that stuff and I was."

ISU improved to 9-4 with its first playoff victory since 2015 and will play at Central Arkansas in the second round next Saturday at 2 p.m. in Conway, Ark.

"I'm really proud of our team. We played a field position game and ran the football well, which you have to do in the playoffs," said Spack. "I was impressed with our defense. That team is very explosive, particularly through the air."

The Redbirds pounded away at the Redhawks' defense with Robinson from the start.

The Walter Payton Award finalist had 78 rushing yards on ISU's first possession (on a 73-yard drive thanks to a false start penalty) and covered the final 11 yards for a touchdown.

"Give credit to Illinois State. We lost to a better team," SEMO coach Tom Matukewicz said. "They were more physical than us. They were able to run the ball and we weren't."

The co-champions of the Ohio Valley Conference, the Redhawks bowed out at 9-4.

After a 45-yard field goal from SEMO's Kendrick Tiller, the Redbirds marched 68 yards in 12 plays.

Making his first career start, quarterback Bryce Jefferson took a draw 16 yards up the middle into the end zone at the 14:04 mark of the second quarter.

"I'm really happy for Bryce and proud of Bryce," said Spack. "He did a great job managing the game, he had a big touchdown run and threw the ball well. When we needed him to check in and out (of plays) he was spot on."

Jefferson's second complete pass was a pinpoint 33-yard connection to Andrew Edgar for a touchdown 1:25 before halftime for a 21-3 ISU margin.

"I had someone in my face and saw someone trailing him (Edgar)," Jefferson said. "I wanted to put the ball in the back of the end zone and that's what happened."

Jefferson attempted just seven passes, completing four for 52 yards. He rushed for a net of 20 yards.

"He seemed comfortable to me," said Robinson. "He got the calls down, he made great runs and great throws. He did what he could and got the job done."

Bryce Jefferson to Andrew Edgar for a Redbird touchdown. 21-3 ISU with 1:13 in the half pic.twitter.com/rgxyr3Yuw5

Robinson, who zoomed past the 4,000-yard mark for his career, piled up 144 yards in the first quarter and had 188 on 22 carries at halftime.

Usual Redhawks quarterback Daniel Santacaterina did not start because of foot and shoulder injuries.

Joe Pyle started under center for SEMO and completed 9 of 17 passes for 124 yards. Santacateina did enter in the second half and was 8 of 13 of 81 yards and was intercepted by Devin Taylor and Charles Woods.

The ISU defense was led by six tackles each from Woods and Christian Uphoff. Luther Kirk and Jason Lewan recorded solo sacks.

ISU's only points of the second half came on a 46-yard Sam Fenlason field goal with 3:53 remaining.

"When you run the ball when everybody in the stadium knows you're going to run it, that' s even more impressive," said Spack.

Next week, the Redbirds return to the venue of their last playoff appearance prior to Saturday.

ISU was defeated by Central Arkansas, 31-24, as the Bears scored 24 fourth-quarter points.

Illinois State football's first appearance in the FCS playoffs since 2016 is Saturday at Southeast Missouri.

Illinois State's football team will hit the road in the first round of the FCS playoffs.

An early replay review hurt Illinois State, but not for long.

Standout receiver Andrew Edgar expects to play for Illinois State on Saturday in the quarterfinals of the FCS playoffs.

Illinois State's Andrew Edgar (4) hauls in a pass from Bryce Jefferson for a touchdown against Southeast Missouri on Nov. 30 in Cape Girardeau, Mo.