NORMAL — Illinois State football heads into the offseason as a top 10 FCS program after being ranked No. 7 in final rankings of both STATS and the American Football Coaches Association announced Monday.

The Redbirds, who ended with a 10-5 record, were 13th in the final regular season poll of STATS and 14th according to the AFCA.

ISU moved up on the strength of playoff victories over Southeast Missouri and Central Arkansas and a narrow 9-3 quarterfinal loss to eventual national champion North Dakota State.

"That's something we can build on. It's a good way to end the year," Redbirds coach Brock Spack said of the No. 7 position. "Obviously, we want to be higher than that."

ISU enters what Spack calls a "critical offseason. We have a lot of guys back. But a lot of important guys need to get healthy. They seem to be doing well right now."

North Dakota State held down the top spot in the STATS rankings after winning its eighth national championship in the past nine years on Saturday by downing No. 2 James Madison.

Weber State was third with Montana State fourth, Northern Iowa fifth and Montana sixth. The AFCA's top seven was identical to that of STATS.

Spack believes his team was worthy of a top five spot.

"I thought we should have been higher," he said. "It fuels the fire for next year."

Paradise enrolls: Sean Paradise, a versatile 6-foot-3, 210-pounder from Alpharetta, Ga., has enrolled at ISU after signing with the Redbirds last February and sitting out the 2019 season as a greyshirt.

Paradise rushed for 1,825 yards and 15 touchdowns as a junior at St. Francis High School but played in only one game as a senior because of a knee injury.

"We will probably redshirt him next year," said Spack, who indicated Paradise will likely being his Redbird career as an outside linebacker.

Brock solid: Taking a look at the best from a highly successful decade of Illinois State football

The Pantagraph selects an all-decade team for Illinois State football in the 2010s.

Illinois State quarterback Bryce Jefferson tried to elude North Dakota State free safety James Hendricks during the FCS quarterfinals on Dec. 14 in Fargo,N.D. The Redbirds were seventh in the final FCS national rankings, while the Bison were first after winning their eighth national championship in the past nine years. 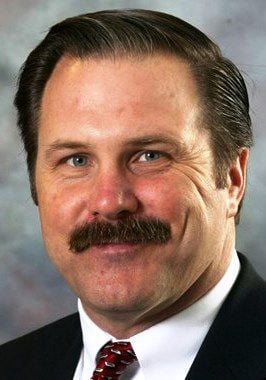