NORMAL — Illinois State will honor the members of its 1,000-point club during its annual Retro Game at 6 p.m. Saturday against Valparaiso at Redbird Arena. About 18 of the 45 in the select group are slated to appear.

"I want them to have a really good day of Redbird basketball and feel honored and appreciated by our fans," said ISU head coach Dan Muller, who is part of that club (11th with 1,445 points).

Doug Collins, the leader with 2,240 points, and others will be at ISU's morning shoot-around before heading to the Hancock Stadium Club for a luncheon. They will sign autographs from 5:15 to 5:45 p.m. on the concourse outside the men's basketball office on a limited edition reunion poster before being introduced at halftime of the Missouri Valley Conference game.

The retro uniform that ISU will wear during the game is from the 1990s.

While Abdou Ndiaye is 965 points away from joining that select group, the 6-foot-9 redshirt freshman from Senegal has shown he can make an impact on the defensive end as this season winds down.

Ndiaye leads ISU with 27 blocked shots and is third in the Missouri Valley Conference at 1.2 per game. He has started the last four games, beginning with an 80-70 loss at Valparaiso on Feb. 1 when he tied his season high with four blocks to go with five rebounds.

"When you're a starter, you have to set the tone for the bench," said Ndiaye.

Ndiaye only played nine minutes in the first half of Wednesday's 71-63 loss at MVC-leading Northern Iowa. He sat on the bench in the second half and didn't have any points, rebounds or blocks.

"He wasn't playing with the physicality he needed to be a good player that night," said Muller. "We needed him to play more physically and he wasn't."

The 194-pound Ndiaye, who has a 7-3 wingspan, typically gives up at least 35 pounds to opposing post players. He would like to be 210 before next season arrives.

"I have to be more physical. They need my physicality," said Ndiaye. "It's a little bit tough (being outweighed), but I'm used to it now. I practice with Rey (Idowu) every day."

Ndiaye has only taken 10 shots in the 11 league games he's played. He plans to work on his post moves and shooting during the offseason, preferring to focus on defense, rebounding and setting screens this season, although Muller wouldn't mind a couple putback baskets every once in a while.

"He's got to impact the game on both ends," said Muller. "Abdou is going to be a heckuva player for us. He still has the spot he earned, but when you play, you have to produce.

Abdou Ndiaye talks about being a starter for @Redbird_MBB before Saturday's 6 p.m. Retro Game against Valparaiso at Redbird Arena. pic.twitter.com/fTaMPr0s7Z

While the Redbirds (8-17, 3-10) are destined for a March 5 play-in game at the MVC Tournament, that doesn't mean they want a short stay in St. Louis. Muller likes what he has seen against Indiana State (a 74-67 win last Saturday) and UNI after suffering a humiliating defeat at Missouri State.

"I like how we're playing. I do," said Muller. "We have to play with that same effort. You can see we're playing with a little more confidence."

ISU took the lead in the second half at Valparaiso before coming up short. The Crusaders (13-13, 6-7), who are hoping to avoid the play-in round for the first time since joining the MVC for the 2017-18 season, are coming off an impressive 55-38 win over Southern Illinois on Wednesday.

Valpo runs a lot of motion offense, which is unique in the MVC. Muller believes playing the Crusaders 14 days ago helps the Redbirds in that regard.

However, 6-3 sophomore guard Javon Freeman-Liberty, the league's second-leading scorer with a 19.2 average and steals leader with 2.6 per game, keys Valpo's transition game that Muller believes is the Valley's best.

"They're the fastest team, by far, mainly because of Freeman-Liberty and (Daniel) Sackey," said Muller. "They have great finishers and multiple guys who can bring the ball up."

AJ Green scored 27 points for host Northern Iowa in a 71-63 victory over Illinois State on Wednesday.

Illinois State enjoyed a 17-point halftime lead, its biggest of the season, Saturday night at Redbird Arena. But the second half was another story as Valparaiso rallied to stun the Redbirds, 65-62. 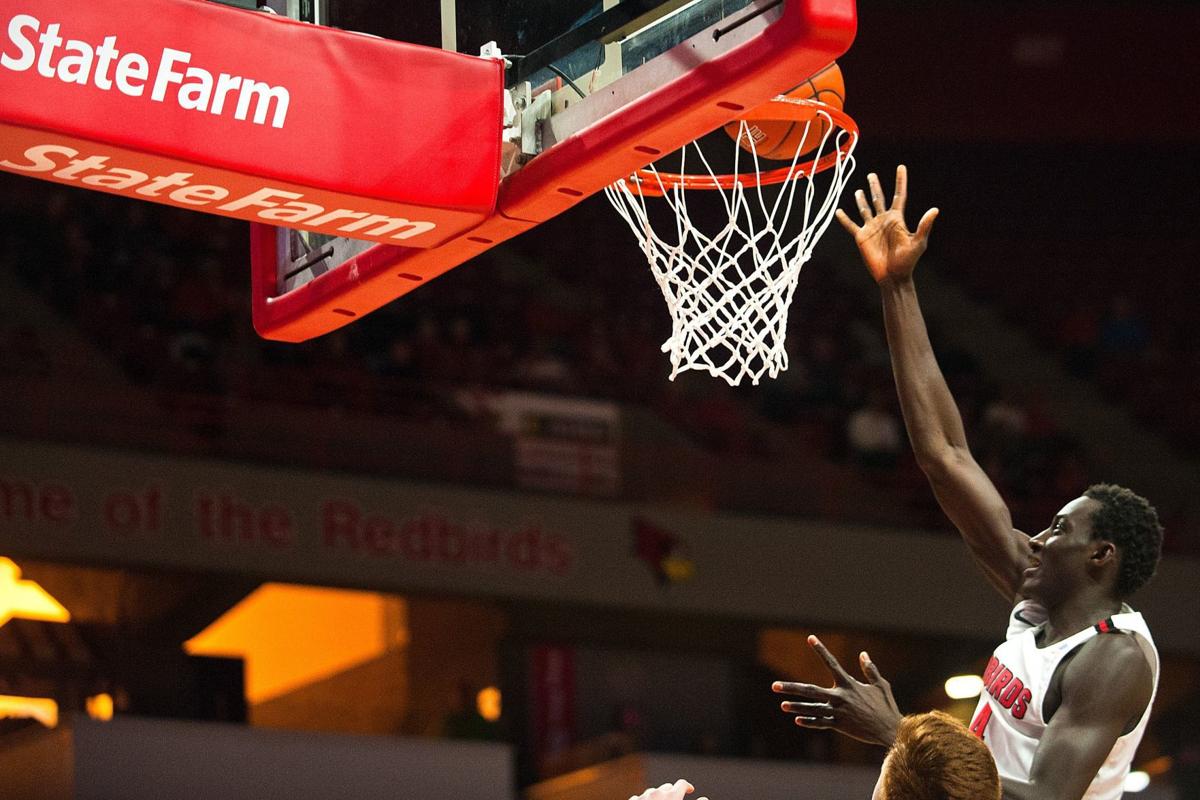 Illinois State forward Abdou Ndiaye tips in the ball for two points during the Redbirds' Missouri Valley Conference game against Evansville on Wednesday, Jan. 29, 2020, at Redbird Arena. Ndiaye had five rebounds off the bench in the Redbirds' 76-66 victory over the Purple Aces. 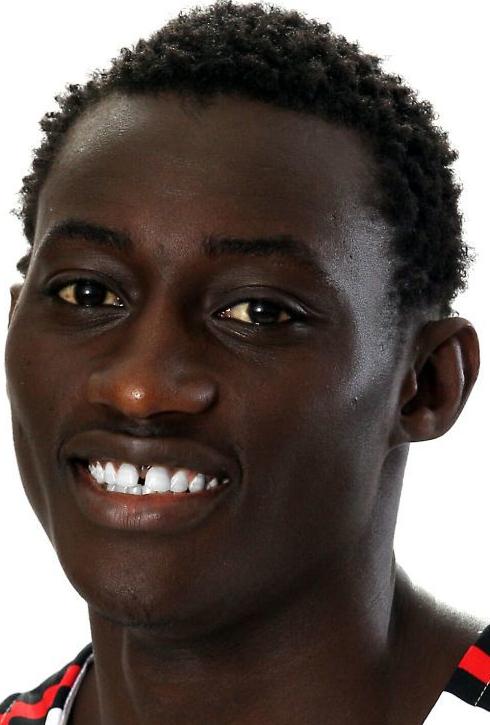