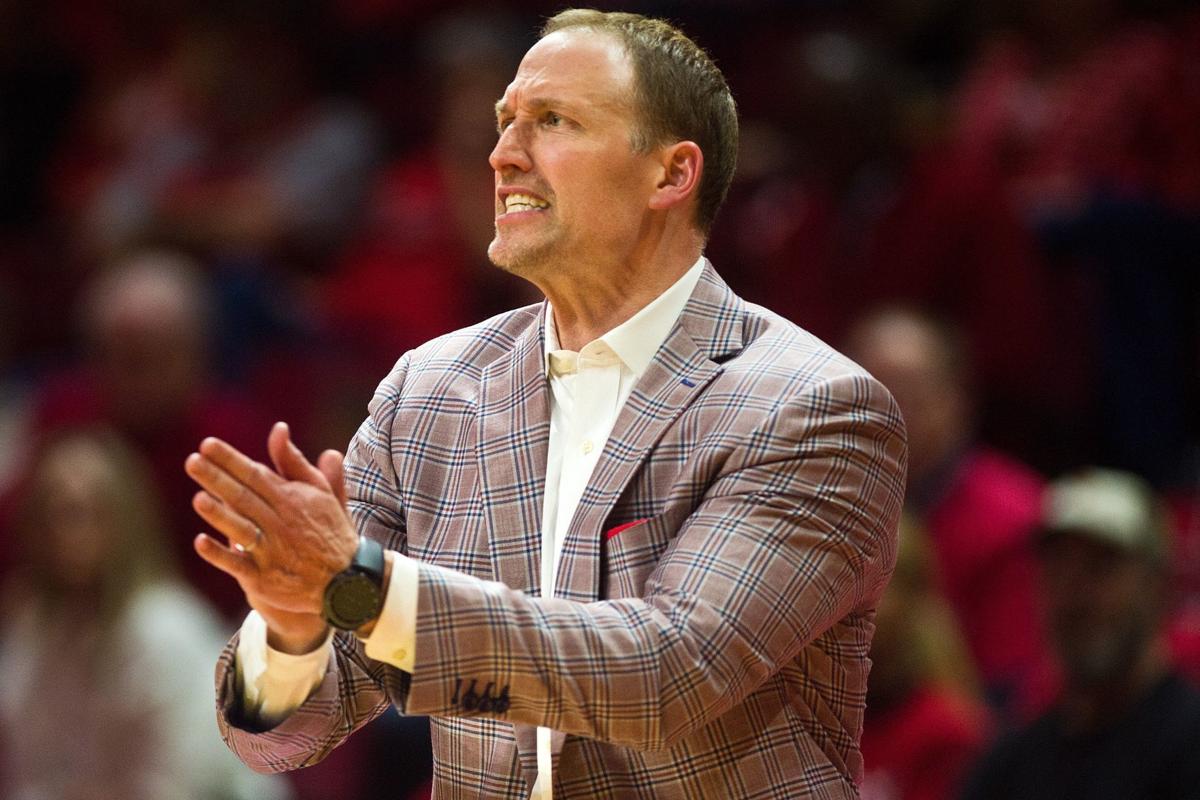 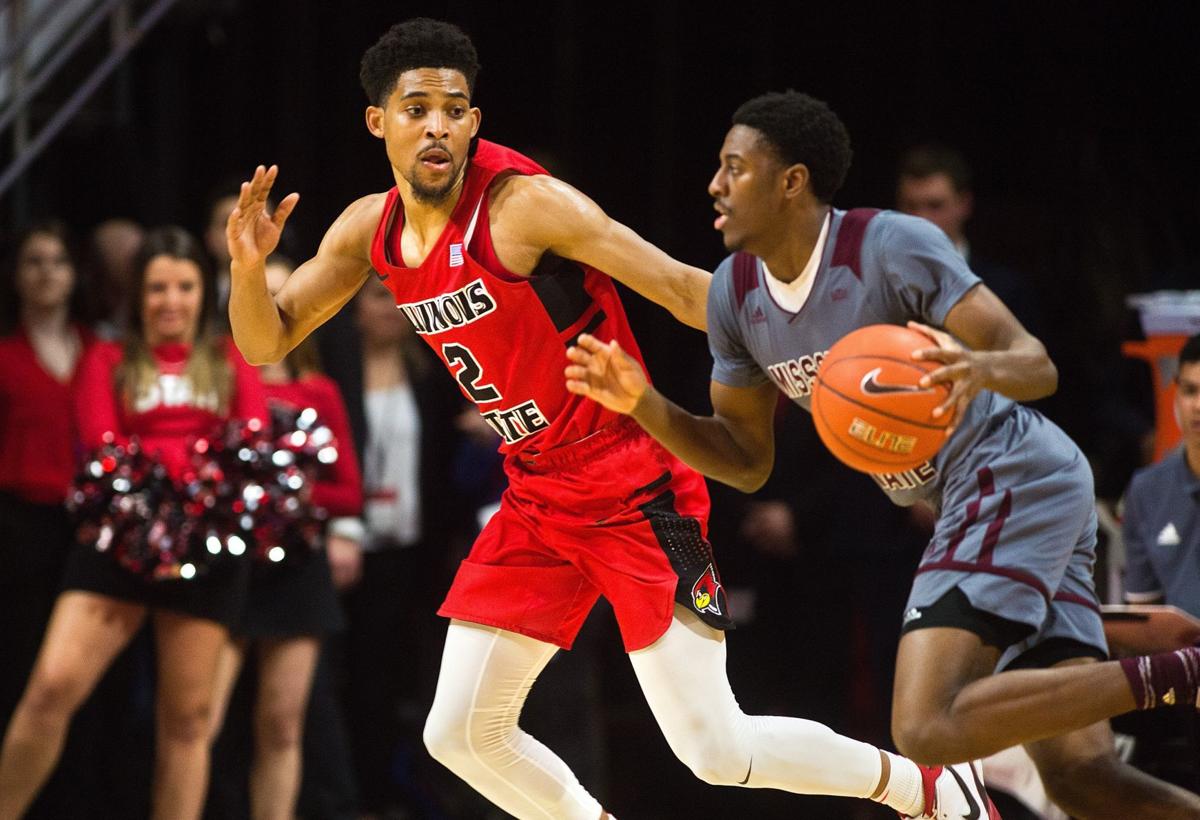 NORMAL — It has been less than a week since Illinois State's basketball season came to a crashing end. The pain of a 17-16 season is still evident with Redbird coach Dan Muller — and figures to be for a while.

"If you want to know my biggest disappointment of the year, I do take pride in representing this program with toughness and competitiveness and effort, and the team is supposed to be a reflection of the head coach," said Muller in his office earlier this week before heading out of town recruiting.

"I'm ashamed of how my team played this year in a year where I certainly had high expectations ... it's my job to get them to play hard. In the end, we didn't play hard."

Indeed, ISU figured to compete for the Missouri Valley Conference title and its first trip to the NCAA Tournament in 21 years. Four senior starters returned from a team that lost in last year's MVC Tournament championship game.

But from the second game at Belmont, when ISU gave up 62 points in the first half, it was a struggle.

The Redbirds seemed to find their rhythm in late January before they peaked on Feb. 2. ISU beat Loyola in a nationally televised ESPN2 game to tie the Ramblers for first place in the Valley.

Then came a five-game losing streak. The Redbirds finished as the No. 7 seed for Arch Madness, forced into a play-in game for the first time since 2011.

After slipping past last-place Evansville, ISU fell 20 points down to short-handed Drake at halftime en route to a 78-62 loss.

Muller, who has five years remaining on a contract extension he signed after ISU won a share of the MVC title in 2017, isn't absolving himself of any blame. Far from it.

"One major mistake I made was working on offense before defense, last summer even, not emphasizing defense as much as I had every other year," he said.

Part of that assumption, he said, was having sophomores Elijah Clarance and Taylor Bruninga in the rotation.

Clarance, a point guard, decided to turn professional in his native Sweden in late July. Bruninga, a stretch forward, didn't play a minute because of a foot injury that eventually required surgery last month.

"Your personnel impacts that some, but I still felt that way (about the offense) after Elijah left, and we thought we were going to get Taylor back all the way up until January," said Muller, who has a 139-96 record in seven years as his alma mater's head coach. "That was a mistake because this team wasn't capable of playing well enough defensively without it just being the main emphasis."

Opponents shot 44.1 percent from the field against the Redbirds, the worst of Muller's tenure.

While ISU's outside shooting went frigid the final 10 games, there were other problems before that.

"As a coach I believe that you help guys grow on and off the court, but on the court you help them understand what it takes to be successful and what goes into winning," Muller said. "As guys get older and are with you multiple years, you have one of two things happen — either they understand what it takes and have the discipline to do it on their own or they stop believing.

"Unfortunately, I think the latter happened this year."

Thus ended the careers of Keyshawn Evans, Phil Fayne, Milik Yarbrough and William Tinsley. Fayne put together a solid senior season. The 6-foot-9 forward, a three-year starter, finished with averages of 15.9 points and 6.3 rebounds per game while being named to the all-MVC first team.

While Yarbrough became the first player to lead ISU in scoring (16.7 ppg), rebounding (6.3) and assists (3.1 per game) since Tarise Bryson in the 1999-2000 season, his play was inconsistent. Evans and Tinsley never could get their 3-point shooting strokes going.

Zach Copeland (9.3 ppg), a junior guard, will be the lone returning starter in the fall. Bruninga is expected to return around the time practice begins in October.

Five players who sat out this season, while often giving the starters fits in practice, can't wait for their turns.

That includes 6-8 forward Keith Fisher III, a transfer from San Jose State who Muller called the Redbirds' best defender in practice. Fisher also was named a captain and could be seen chewing out his teammates during a timeout at a home game.

"He's high energy and because of his work ethic he has a high level of respect from his teammates," said Muller.

Guard Jaycee Hillsman, another San Jose State transfer, and Dedric Boyd, a transfer guard from Eastern Kentucky, will vie for playing time on the wing. Last spring's prized recruit, 6-9 Abdou Ndiaye, was an academic redshirt who will challenge for a starting spot up front.

The message to the returners and newcomers going forward is clear.

"This year's effort level, toughness, discipline, body language and coachability was unacceptable. I'm not putting up with it again," said Muller. "I want every player to understand what it takes to be successful and buy into those things."

DJ Horne, a 6-2 point guard from Trinity Christian School in Raleigh, N.C., was signed in the fall. Muller said he is looking for another point guard, either junior college or a graduate transfer, to add this spring.

Lijah Donnelly, a Bloomington High School graduate, is a walk-on point guard who sat out after transferring from Division II Illinois-Springfield where he played two years.

The Redbirds get a head start on the 2019-20 season by taking a trip to Italy in August where Muller said they'll play three games. ISU also gets a valuable 10 full practices before leaving.

"That will be huge for this team, especially with so many new guys," said Muller. "I don't know how good we're going to be next year, but we're going to play hard ... and I think we'll be pretty good."

ST. LOUIS — The pain was evident on all the faces of Illinois State's basketball players and coaches Friday night. A season that began with su…

ISU outlasts Evansville at MVC Tournament; Drake is next

NORMAL — Phil Fayne didn't start playing basketball until he was a junior in high school in Elk Grove, Calif. His improvement each year led to…

NORMAL — In the month since March 8 when Illinois State lost to Drake in the Missouri Valley Conference Tournament, there has been plenty of a…

NORMAL — Senior forward Phil Fayne was voted Illinois State's most valuable player by his teammates, it was announced during the team's banque…

Shelbyville's Miller to walk on for ISU basketball team

NORMAL — Brian Jones, head basketball coach at North Dakota the past 13 seasons, has resigned that post and been hired as associate head coach…

NORMAL — Dan Muller has had plenty of opportunities to hire assistant coaches during his seven-year tenure as Illinois State's head basketball coach.

New-look Redbirds ready to prepare for trip to Italy

NORMAL — The timing seems perfect. As the renovation is well under way inside Redbird Arena, so has Illinois State's basketball team started i…

Dan Muller tries to retool Illinois State basketball fortunes: 'No one is more disappointed about the record we had this year than me'

Trying to rebound from a 10-21 season hasn't been helped by the coronavirus outbreak that is keeping Illinois State head coach Dan Muller and his staff at home. But Muller is confident better days are ahead for ISU.