When your high school offensive coordinator is an NFL Hall of Fame defensive back, you figure to get some well-rounded instruction.

“I think it (ISU) is a good fit for me as a corner or a safety,” Wilson said. “They send a lot of those players to the league (NFL) as well. It’s a good opportunity for me to make it at the next level to play for those coaches.”

“They are happy with it,” said Wilson, who also had an offer from Wyoming. “So I knew it wouldn’t be a bad decision.”

Presson was part of a 9-4 team at Trinity Catholic in St. Louis last season. He caught 12 passes for 233 yards and had 71 tackles and two interceptions as a linebacker. Presson has transferred to East St. Louis, which won the Class 6A state championship in 2019.

“Knowing we’re going to get some of the top teams in the nation prepares you for bigger challenges in life,” Presson said.

Why Yall Hate On Me 🤷🏾‍♂️, Im Just On A Mission 💯 pic.twitter.com/VvFA9xyKu8

The 6-3, 230-pound Presson could play tight end, fullback or H-back with the Redbirds.

“I can play all three. That’s why they really like me so much,” said Presson. “I’ve got real good hands. I’m faster than most tight ends so I can get open. I can block, too.”

Presson, who also had a scholarship offer from Toledo, also was attracted by ISU’s business program. “That’s what I want to go to college for,” he said.

The Redbirds have another East St. Louis product in their incoming recruiting class this season in linebacker Darius Walker.

“I know a little bit (about ISU) from Darius telling my stuff,” Presson said. “That’s real big knowing somebody you can always count on to tell you what’s going on.”

Turner is a member of a St. Rita squad that finished second in Class 5A last season, losing the title game to Rochester.

“The big thing is it’s top of the line FCS competition, especially in that (Missouri Valley) conference,” said Turner, who was also offered by Eastern Illinois and Fordham. “ISU separated itself with phone calls every week from Coach (Mike) Banks and Coach (Harold) Etheridge. I have family who went down there so that drew the connection even more.”

The 6-4, 260-pound Turner played guard and tackle for St. Rita and occasionally served as a center in practice. He profiles as an interior lineman at the college level.

“I have a baseball background. I used to be a catcher so I can really move around,” Turner said. “Understanding the game more my junior year was a huge step for me. I’m working on my pass (block) setting. We’re a heavy run team.”

Illinois State director of athletics Larry Lyons said Monday one Redbird football player has tested positive for COVID-19 and is in isolation in off-campus housing.

Having only one senior on the roster could help Illinois State's basketball team because of the extended dead recruiting period forced by the global pandemic.

Illinois State football players picking up where they left off

According to defensive end Romeo McKnight and quarterback Brady Davis, Illinois State is making solid progress in its initial return to campus.

Illinois State director of athletics Larry Lyons said Monday one Redbird football player has tested positive for COVID-19 and is in isolation in off-campus housing.

Illinois State sophomores DJ Horne, Antonio Reeves and Abdou Ndiaye know adding strength in the summer could be the key to more victories during the basketball season.

Illinois State football players picking up where they left off

According to defensive end Romeo McKnight and quarterback Brady Davis, Illinois State is making solid progress in its initial return to campus. 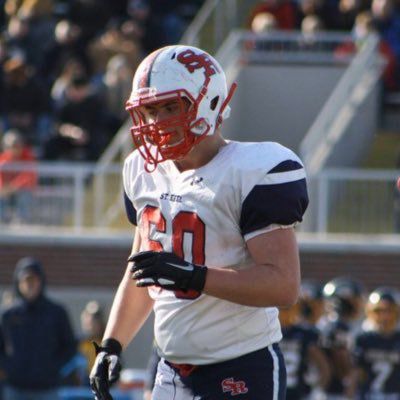 Chicago St. Rita offensive lineman Bodie Turner is among the most recent prep players to commit to signing with Illinois State. 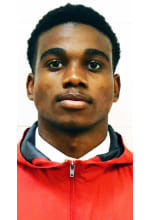