Become a Member
Read Today's E-edition
Share This
Watch now: Illinois State's Ryan Cermak arrives as force at plate and in field
0 comments
Share this
1 of 4 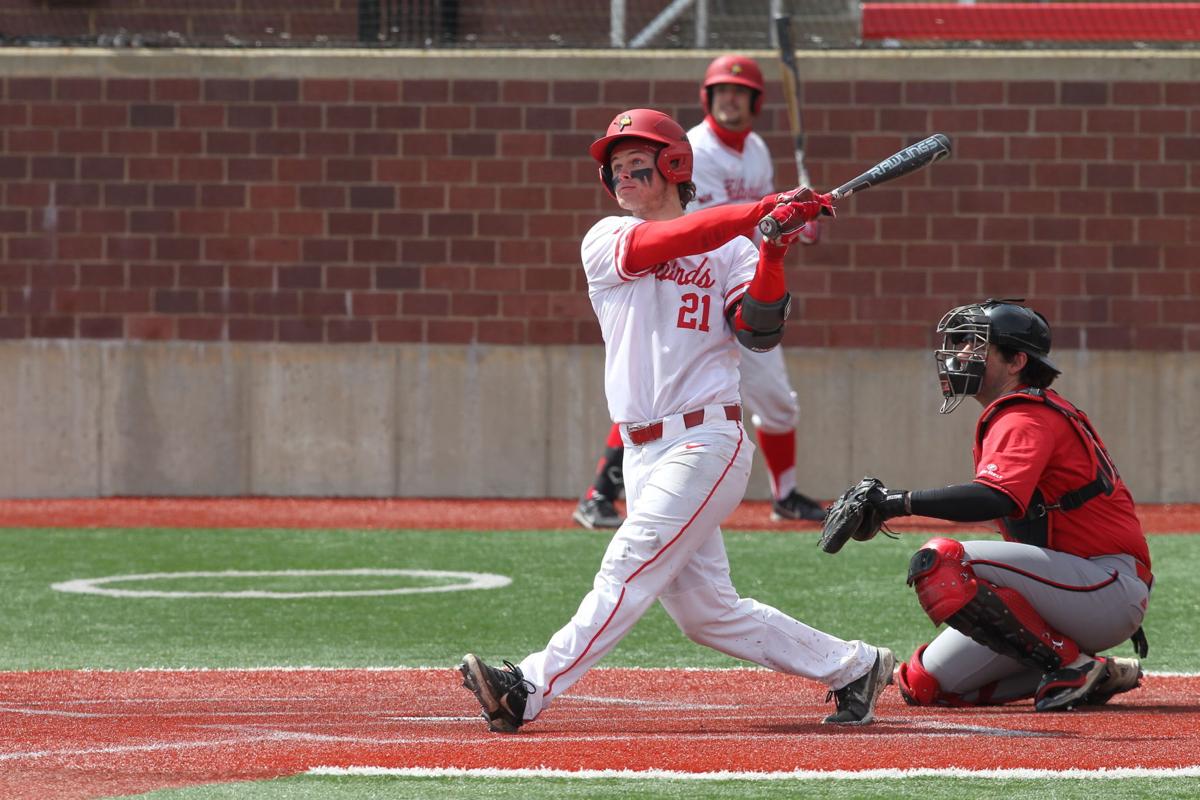 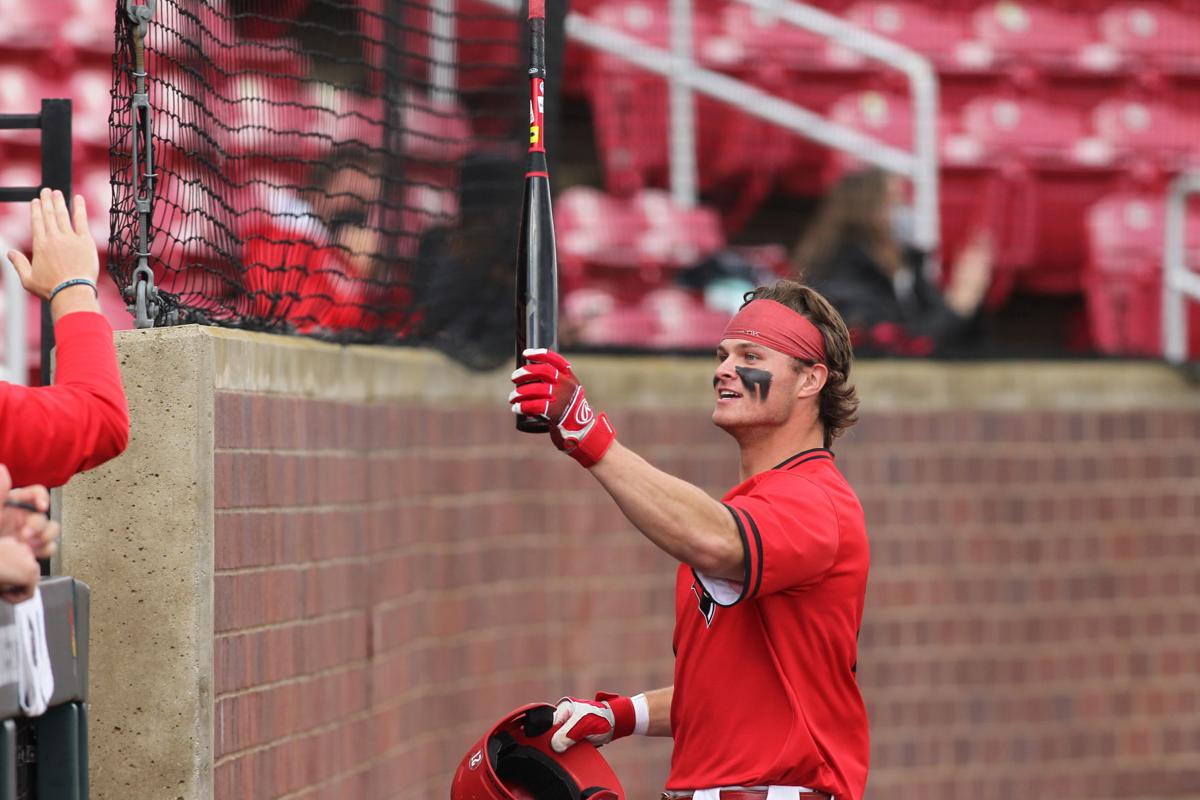 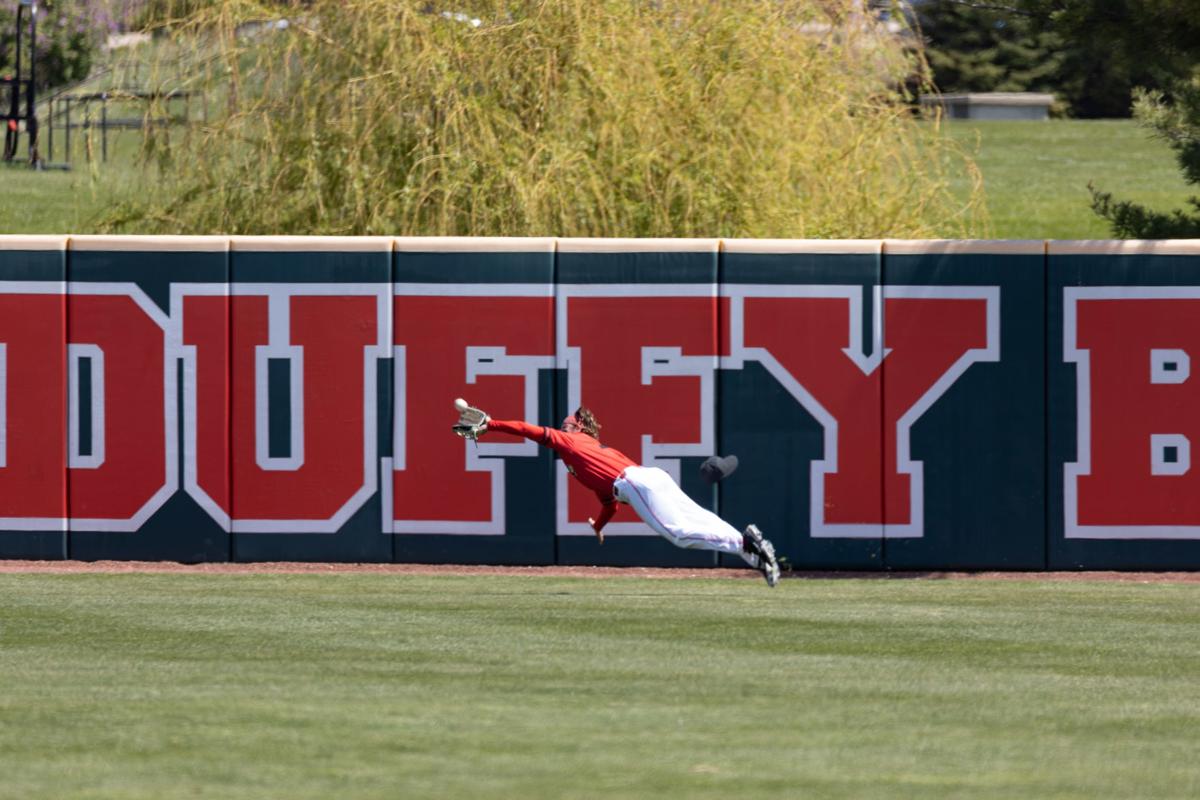 Illinois State center fielder Ryan Cermak executes a full extension dive to snare a ball off the bat of Evansville's Kenton Crews in the third inning on April 25 at Duffy Bass Field. 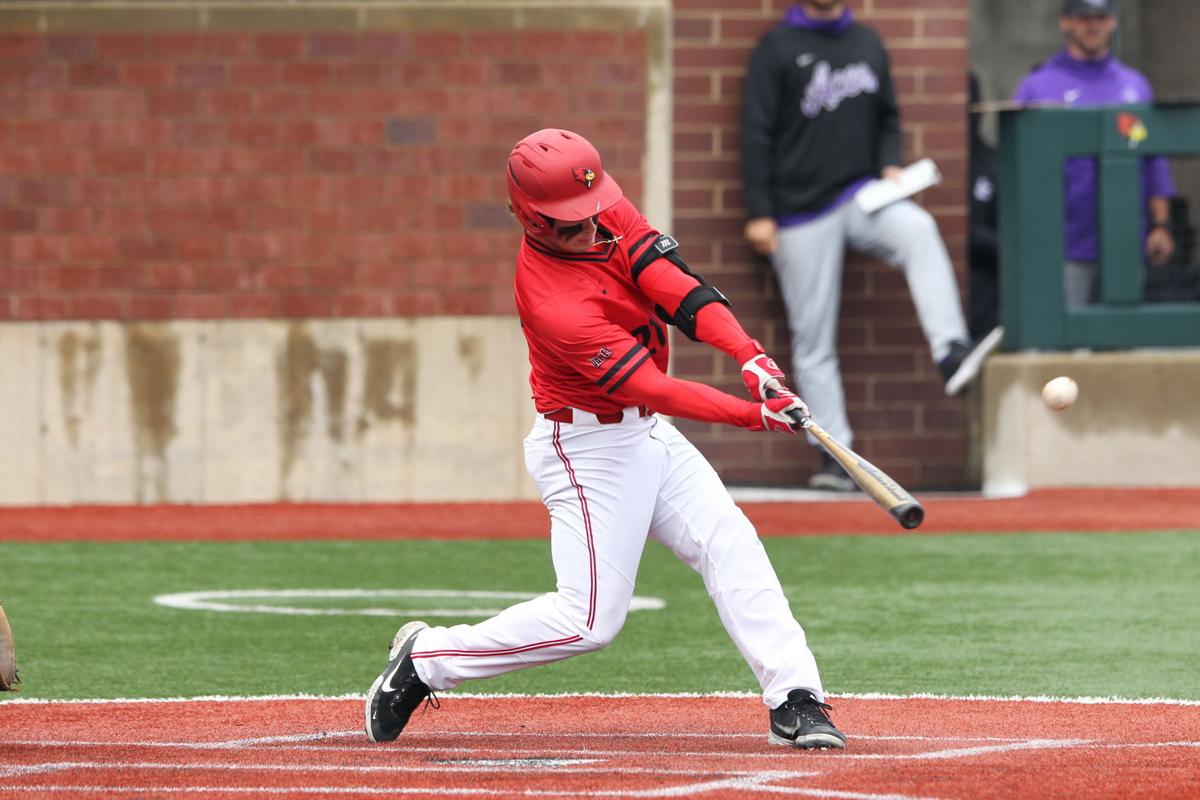 NORMAL — It was a mere 48 at-bats over 13 games, the first 48 at-bats of Ryan Cermak’s college baseball career.

And while those at-bats produced a less than inspiring .208 batting average, Cermak’s talent was no less inspiring to Illinois State coach Steve Holm.

“The way I see extremely talented players is when they show up to campus freshman year, they can usually take over a game and be the best player for that game,” Holm said. “The next day probably not. It’s a cycle as a freshman.

"They don’t always believe it. They don’t have the experience to fall back on when you start out 0 for 2 with two strikeouts. Sometimes those things snowball on young players. That’s what happened with Ryan.”

Immediately thrust into the starting lineup in the pandemic-shortened season of 2020, Cermak managed just one hit in first 13 at-bats. After a three-hit game that included his first college home run, he had two hits over his next 18 at-bats and was batting .171.

“I was trying to fit in with all the upperclassmen. I think that was the biggest part,” said Cermak, who has emerged as one of the top hitters in the Missouri Valley Conference as a sophomore. “I remember the first series. I was really nervous and didn’t do the best. I believe I struck out nine of my first 11 outs without recording a hit. I realized I needed to figure something out.”

A large part of that process was adjusting to breaking balls that were decidedly better and came more frequently than during his days at Riverside-Brookfield High School.

“It’s 90 percent fastballs in high school. The breakers you do see are really flat,” Cermak said. “With college pitching, breaking balls are sharp and a lot faster.”

While the pandemic curtailed the ISU season, Cermak did accelerate his progress at a summer league in Indianapolis.

“It was just me seeing the reps,” he said. “There were a lot of high DI pitchers. I surprised myself. I definitely hit a lot of balls very hard right at people. That’s when I realized I was in the right spot.”

Cermak carried that renewed confidence back to ISU for the fall season and blasted four home runs during intrasquad games.

“That’s the most I’ve ever hit in any kind of season,” said the 6-foot-1 Cermak. “I feel like I always had power, but I didn’t know how to use it. That definitely brought my spirits up and gave me a lot of positivity.”

Robbed of the opportunity for a full freshman season, Cermak just needed to play, according to Holm.

“The best coach there is is to play. We tried to play as many games as possible in the fall to get caught up from what we missed,” said the ISU coach. “There were some mechanical adjustments he made to calm his swing down a little bit and keep his head more still. He was swinging for the fences as a young guy. All those things together have merged into what you’re seeing now.”

That would be Cermak’s team-leading totals of eight doubles, four triples and six home runs along with 32 RBIs and a .331 average.

“He’s exceeded how I wanted him to be as a sophomore. I thought we would start to see signs this guy is one of the best players in the league, and we certainly have seen that,” Holm said.

“He hit .208 (as a freshman) but you looked at all the video and he was just pulling the ball foul. He certainly is a pull hitter, but if you keep it fair you don’t allow them to expose you later in the at-bat.”

Cermak played third base as a freshman at ISU and early in his sophomore season.

Still, Holm saw an outfielder even though Cermak had always played on the infield. The Redbird coach also thought back to 2019 when Joe Aeilts was shifted from third base to the outfield and got hot at the plate for ISU’s NCAA Tournament team.

“Playing infield put a little pressure on him. He was not always as confident as he wanted to be as an infielder,” Holm said of Cermak. “We threw him out there (in center), he made a couple good catches right away, and we saw him offensively go from there because he relaxed. It’s a natural fit. His arm plays so well out there and everybody has seen his speed show up.”

#NCAABaseball Plays of the Week ⚾️

5️⃣ | @RedbirdBaseball Ryan Cermak comes up with not one but two incredible diving catches in left-center against Evansville. 🛫 pic.twitter.com/mx2GYATZYg

An early misadventure in right field actually convinced Cermak and Holm they were on the right track.

“My first outfield appearance was at SEMO (Southeast Missouri State on March 6),” recalled Cermak. “I actually dove and missed the ball and the guy ended up getting a triple. That showed them I was aggressive out there and willing to lay out for the baseball.”

“I never got mad at him for diving for that ball. He missed it, and I think that’s the last time he missed it,” said Holm. “We’ve seen him play like a ball of fire ever since. He’s been like a highlight reel. He’s had no fear.”

Cermak has found a home in center field and turned in a pair of incredible and quite similar all-out, diving catches in left-center field during a recent home series against Evansville.

“As a kid, I always loved running down fly balls. I thought that was more fun than infield,” Cermak said. “I love it. It makes me show off my athleticism.”

“We moved him to the three hole (in the batting order) where he wanted to be,” Holm said. “He expressed that desire and I said ‘buckle up. You think you can do it, let’s see.’ He’s accepted the challenge and done very well with it.”

“We’ve seen this team be very inconsistent this year. We take three of four from a top 25 team in Southern Illinois, and we’re not the same team at all the next weekend,” Holm said. “We need the team to show up that plays with a chip on its shoulder. Our veteran players have done it before. We need to show up, play hard and get a break here and there.”

Illinois State took both ends of a baseball doubleheader from Missouri State on Saturday at Duffy Bass Field.

Look to the Chargers and Seahawks to make the playoffs

Illinois State center fielder Ryan Cermak executes a full extension dive to snare a ball off the bat of Evansville's Kenton Crews in the third inning on April 25 at Duffy Bass Field. 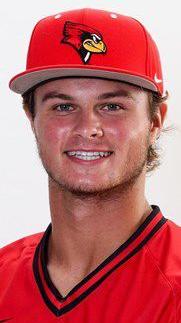