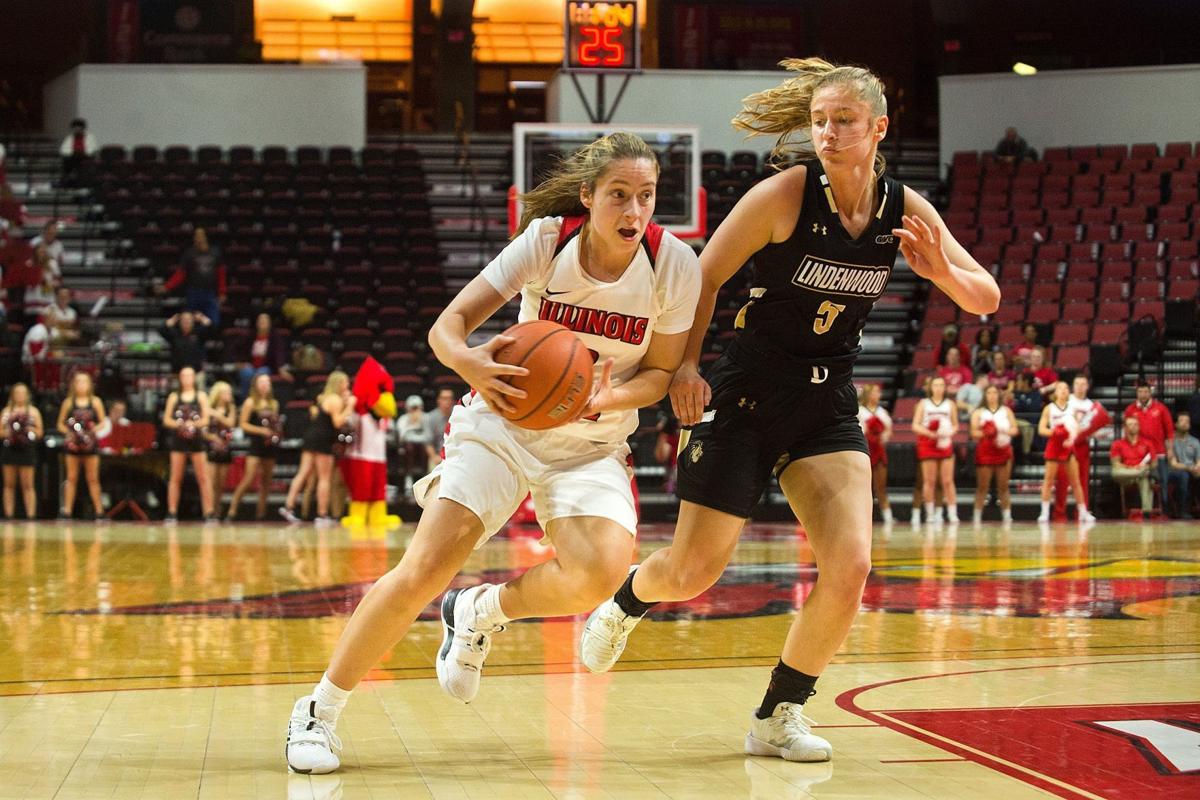 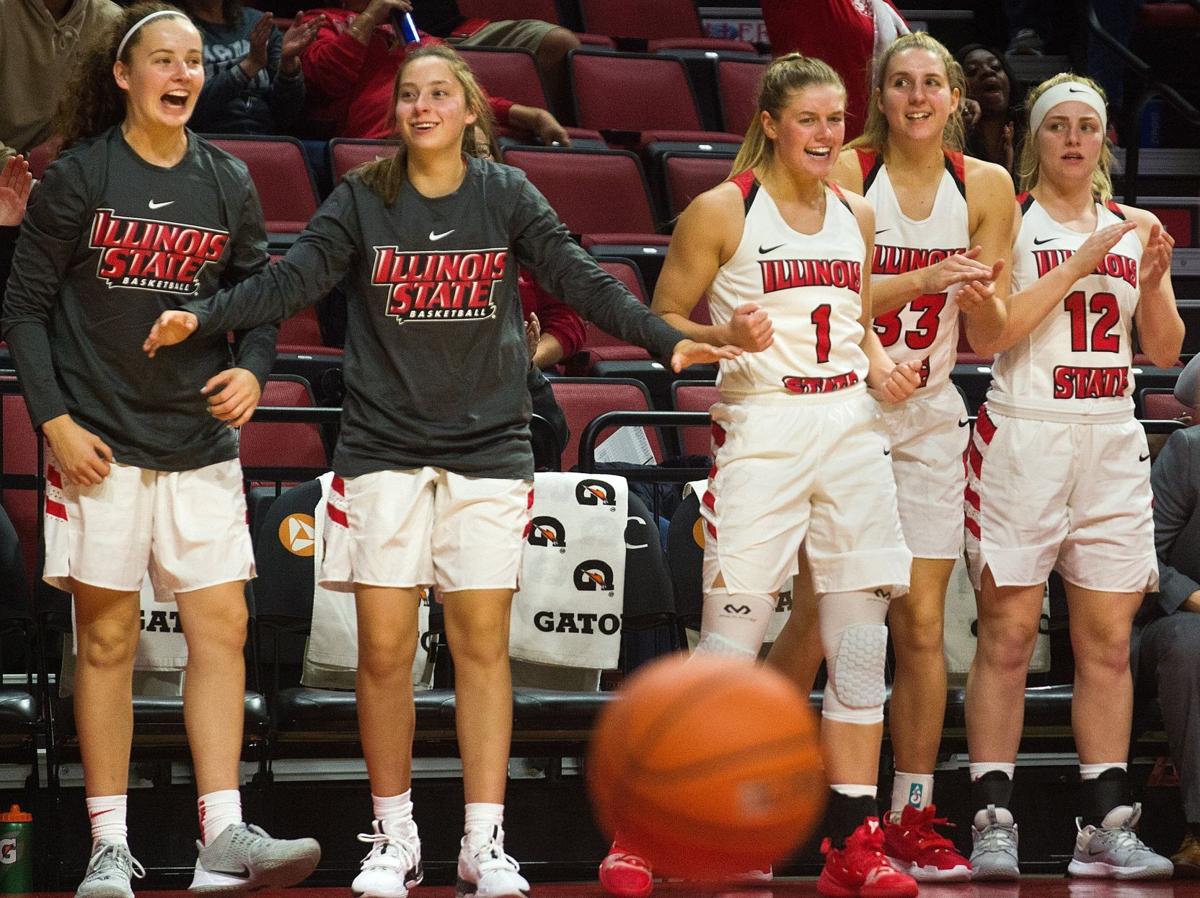 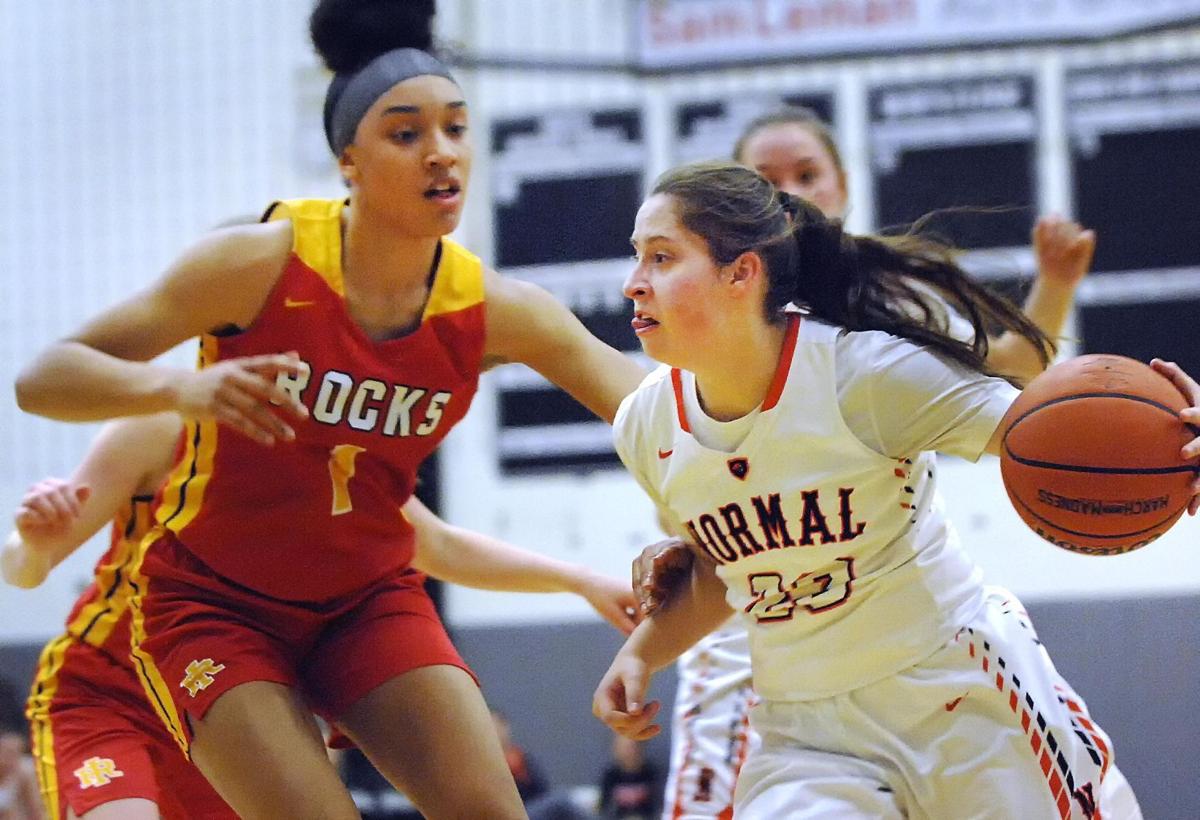 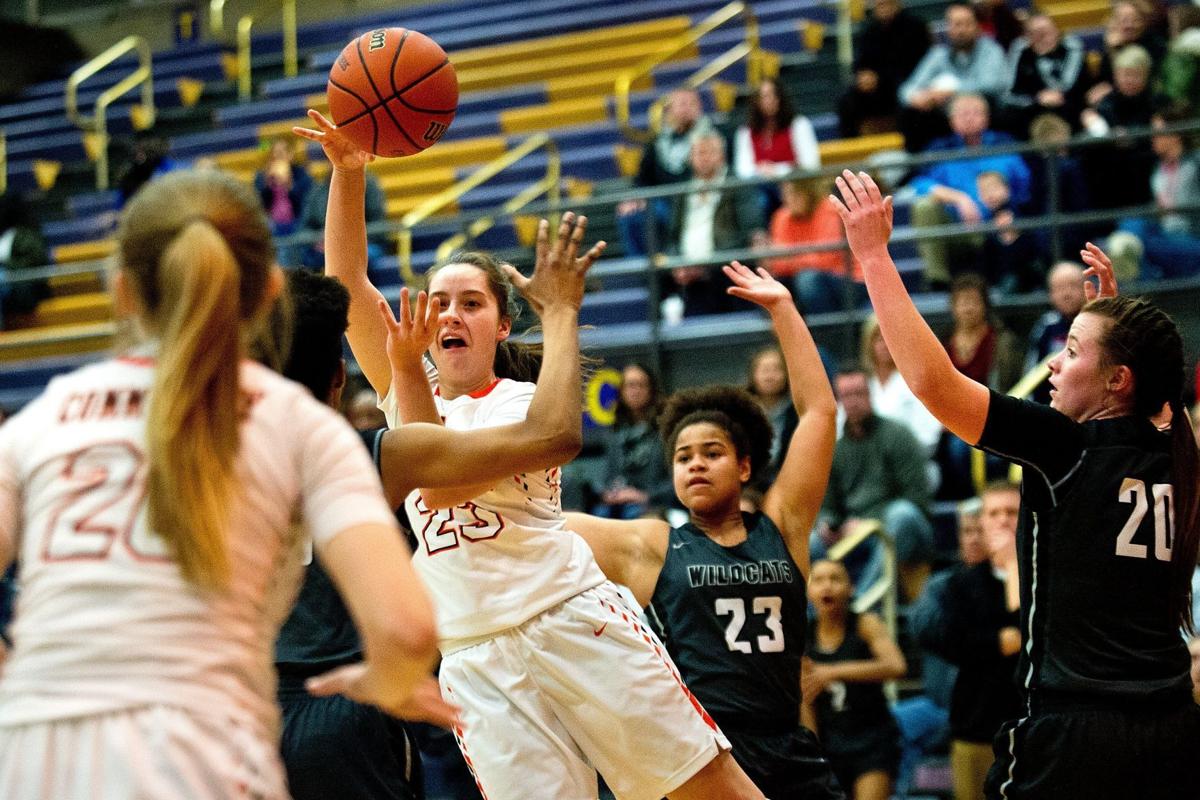 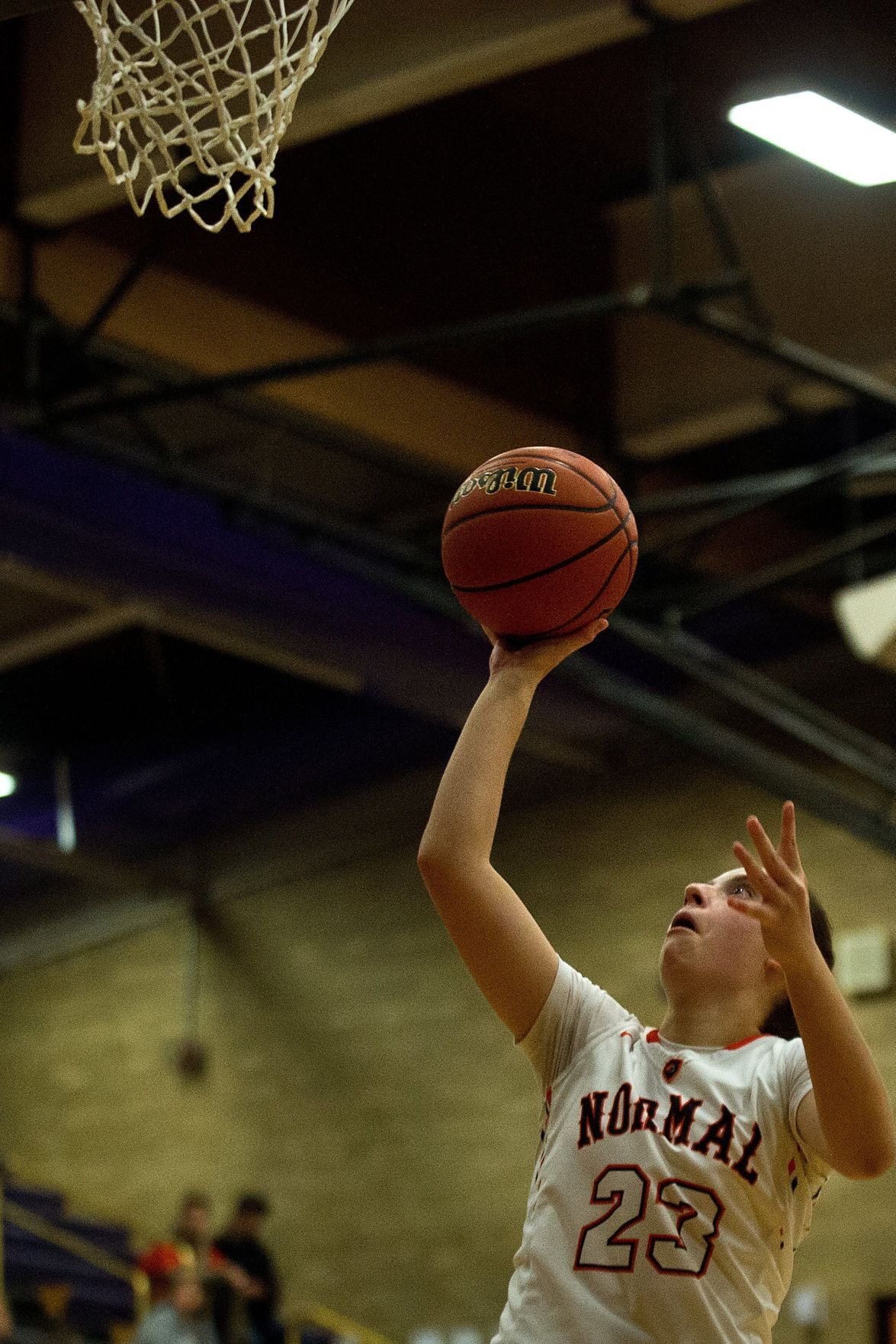 Normal Community's Maya Wong takes the ball to the basket for two during the Iron's 76-42 Class 4A regional semifinal victory over Danville on Tuesday, Feb. 12, 2019, at Bloomington High School. 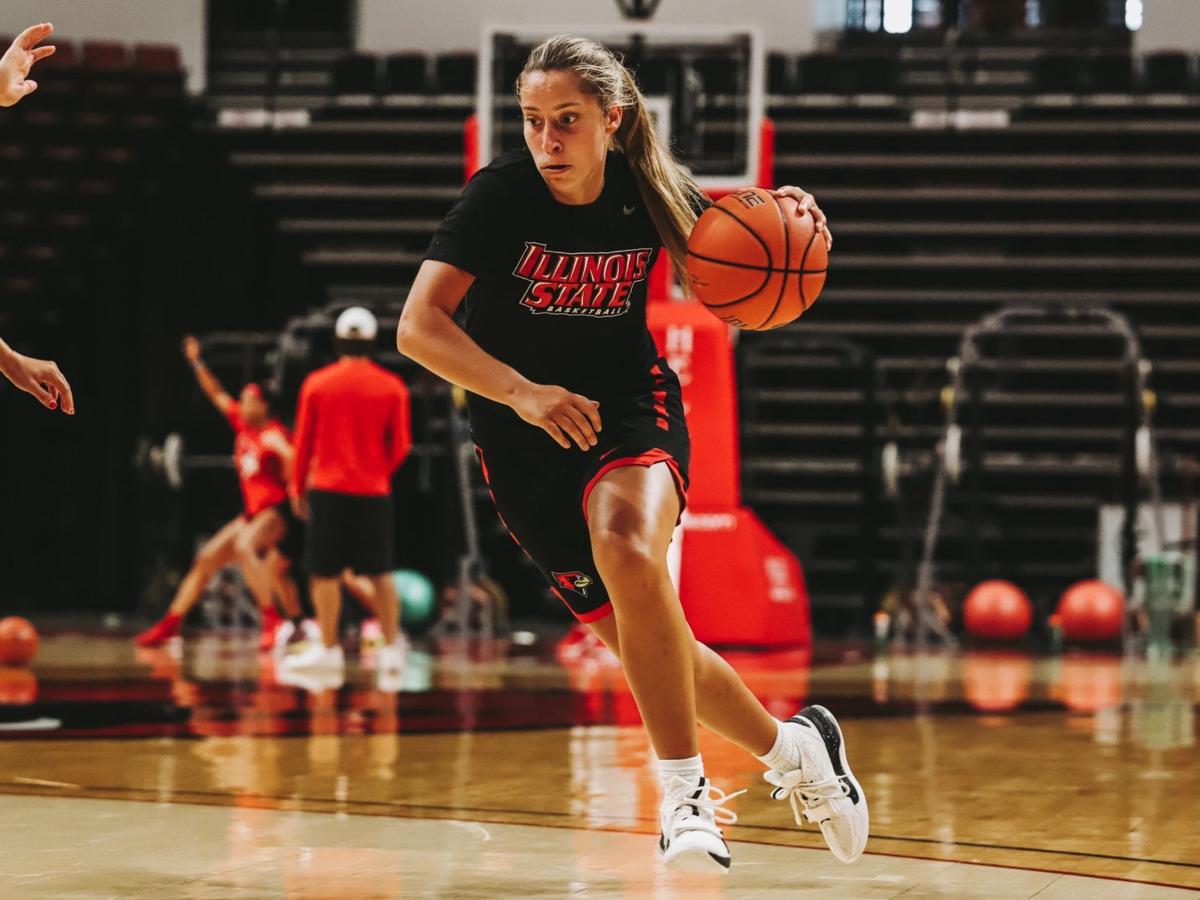 After a long wait, Wong is anxious to prove herself right.

“I don’t regret it at all,” Wong said of passing up her senior season with the Iron to enroll early at Illinois State. “It’s one of the best decisions I’ve ever made.”

Wong sat out last season as a redshirt with the Redbirds and will be a reserve guard when ISU faces Northern Illinois on Wednesday in DeKalb as the season opener for both teams.

“Freshman year is really hard,” said Wong. “I got the chance to watch and be at practice. That’s a huge advantage for me. Technically, I’m still considered a freshman, and I had that experience to learn and watch our system.”

Wong was a Pantagraph All-Area choice and a unanimous all-Big 12 Conference first team selection as a junior at NCHS. She helped the Iron to a 23-10 record and a regional championship while averaging 13.5 points, 4.6 assists, 2.0 rebounds and 1.2 steals.

Redbirds coach Kristen Gillespie believes it was “100 percent” beneficial for Wong to enroll at ISU when she did “from an academic to a social to a holistic point of view. It’s been outstanding. Most freshmen try to adapt on the fly while competing for playing time. Maya got to ease into that.”

Wong spent much of practice last season either posing as the upcoming opponent’s top guard on the scout team or defending explosive then-senior guard TeTe Maggett.

“Defense in college is a lot different than high school or AAU. That’s the biggest adjustment, and the extra year really helped a lot,” Wong said. “I’m still working on it (defense). This is Division I. Everyone is good at what they do.

"It’s not just guarding everybody straight up. It’s learning people’s tendencies and what they do best, knowing which way to get through screens and how to play against certain teams.”

The 5-foot-8 Wong has an obvious mentor in senior Paige Saylor, ISU’s starting point guard and a two-time member of the Missouri Valley Conference All-Defensive team.

“Paige is a great player and a great leader for us,” said Wong. “When you’re playing with her, you want to do your best because you know she’s always giving her best. She’s definitely our best defensive player. I have to watch her to know what it takes to be the best.”

“She’s probably not going to be Paige defensively,” Gillespie said of Wong. “But how can you utilize her skill set to help us defensively? She’s not the quickest kid, so you’ve got to be a little more cerebral.”

“Maya is amazing,” Saylor said. “She is such a dynamic guard and a really good scorer. I’m more defensive minded and she is more offensive minded. But I would say we’re pretty similar in the point guard aspect, knowing the game and seeing the floor and making the right reads.”

“I’ve definitely improved a lot. Scott has been a big part of that,” said Wong. “I’m shooting all the time. I don’t care to score all that much, but I definitely can. Point guard for me is getting others involved. Learning how to run the offense for the whole team and getting them open shots is how I see the point guard position.

"I've always thought of myself as a point guard. I wouldn't want to play any other position."

“Scott works really hard with our guards having them score in a variety of ways,” said the Redbird coach. “Maya is really crafty. She’s sneaky athletic. All of a sudden, she blows by you and you have no idea how she just did that. She has a great feel for passing the ball, and she’s one of our better 3-point shooters.”

Gillespie plans to use Wong as the backup point guard to Saylor but will sometimes have both on the court at the same time. On those occasions, Wong will shift to shooting guard.

“Paige has the advantage of playing three years. It’s finding that command (of the offense). Paige has it, and Maya is getting there,” Gillespie said. “We’re not going to lose anything (when Wong relieves Saylor). Maya is extremely capable of playing the point.”

Wong expects to be part of a Redbird team that continues to improve under Gillespie.

“We have people who know their roles and what they need to be doing to help the team win,” said Wong. “I think we can be really good.”

NCHS' Wong to graduate early, join ISU in the fall

Illinois State's women's basketball team looks to pile up more points this season thanks to a number of capable scorers on offense. The Redbirds open the season Tuesday with a 7 p.m. home game against Division II Truman State.

The first three games for Illinois State's women's basketball team have been canceled due to COVID-19 limiting the Redbirds' roster.

Terrion Moore finished with a flourish in her first game as a Redbird.

Normal Community's Maya Wong takes the ball to the basket for two during the Iron's 76-42 Class 4A regional semifinal victory over Danville on Tuesday, Feb. 12, 2019, at Bloomington High School. 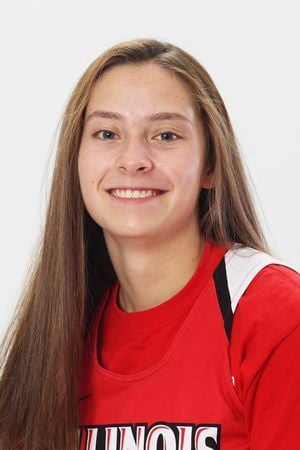