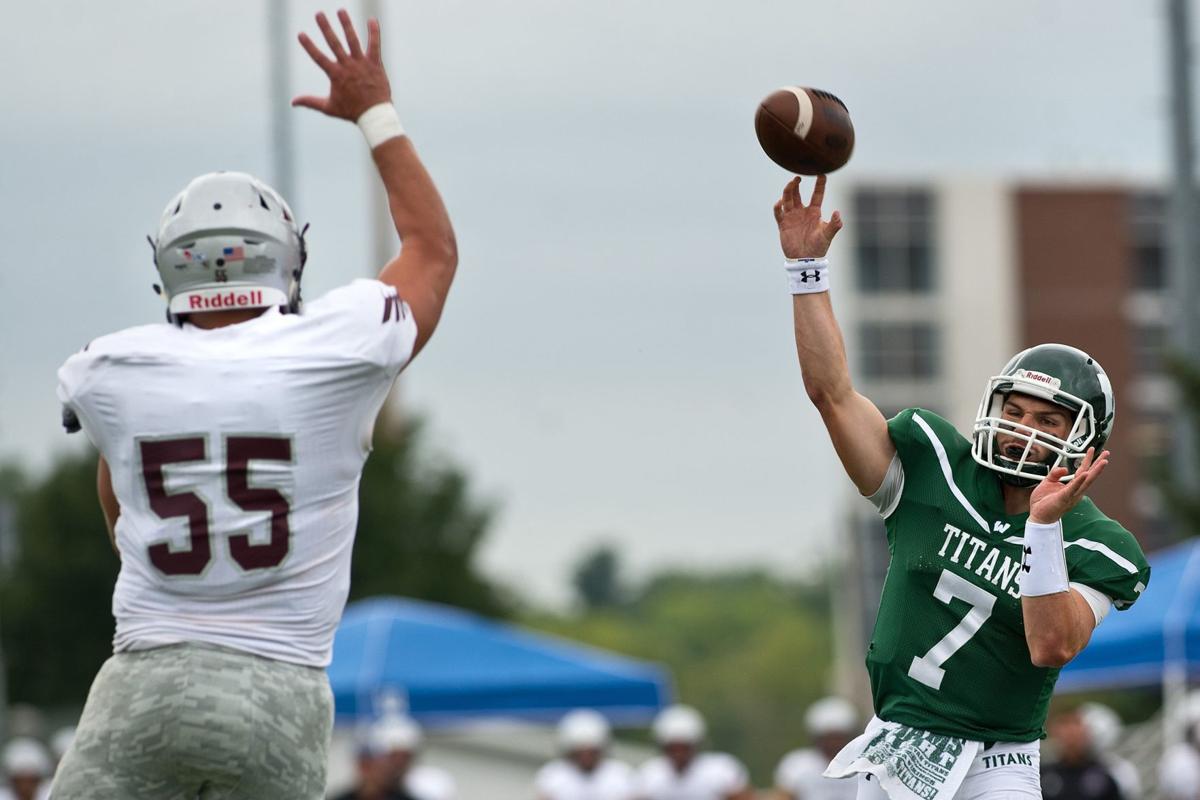 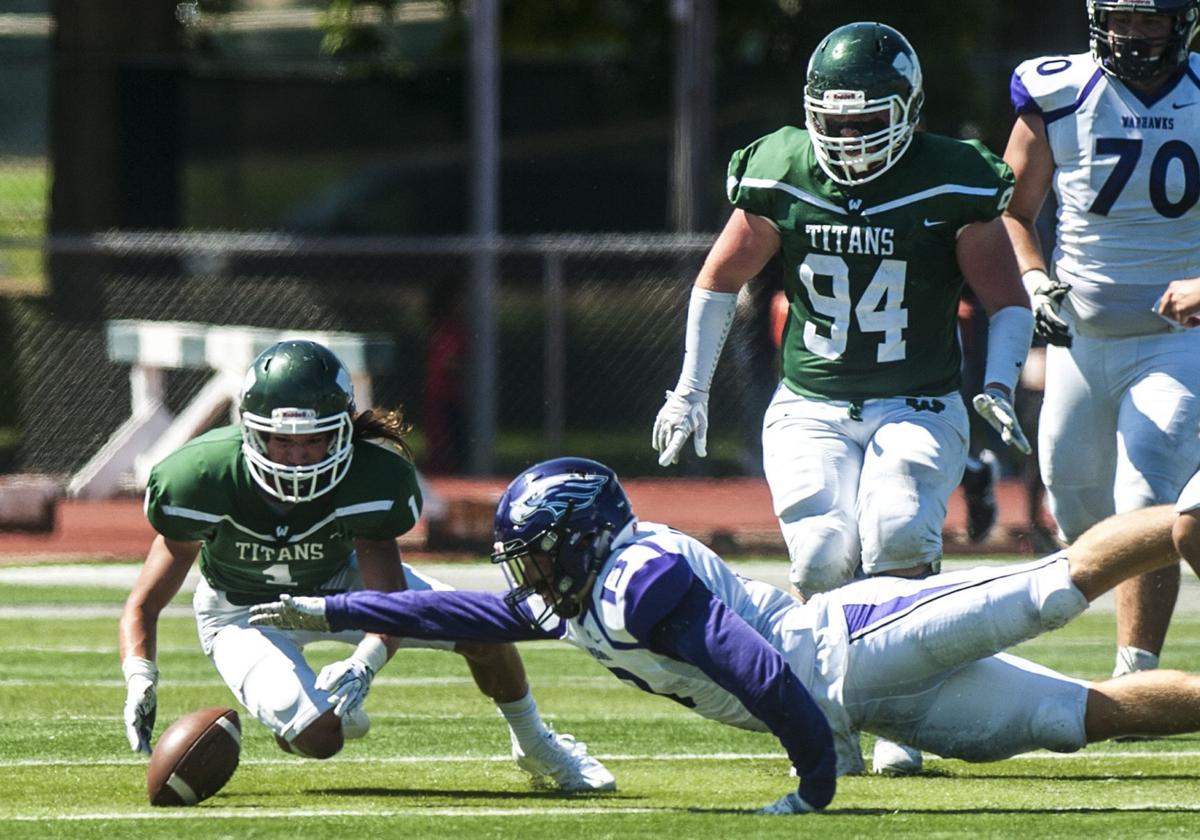 Illinois Wesleyan's Trevor Koepke recovers a fumble against Wisconsin-Whitewater during a 2017 game at Tucci Stadium. Koepke is starting his third year at cornerback for the Titans.

BLOOMINGTON — Illinois Wesleyan's football players were likely overwhelmed when they returned to campus this week. A renovated locker room surely left them staring in almost disbelief.

Bigger wooden lockers, nine televisions and a new stereo system will make the accommodations so much more pleasurable.

However, now it's time to get to the real work.

The Titans, who are seeking their third straight College Conference of Illinois and Wisconsin championship, open practice Friday morning at Tucci Stadium. IWU's first game isn't until Sept. 14 when the Titans travel to face Wisconsin-La Crosse.

IWU head coach Norm Eash has added an extra scrimmage for the first time in hopes of getting off to a quick start with road tests at La Crosse and Wheaton (Sept. 21) to start the season. The home opener is Sept. 28 against Augustana at Tucci Stadium.

The Titans, who have 23 seniors and 38 lettermen among the 133 players expected to report, scrimmage against Robert Morris on Aug. 24 at Tucci Stadium before an Aug. 31 scrimmage against Olivet Nazarene in Kankakee.

"You have to be careful with a veteran team they don't get too bored," said Eash, who is in his 33rd year as IWU's coach. "We have our bye on the opening week. I think this will help us."

IWU shared the CCIW crown with North Central and went 8-2 last season. Quarterback Brandon Bauer, beginning his fourth season as a starter with several school records already in his possession and others to come, leads what is expected to be a high-powered offense.

There are 10 players with starting experience returning on offense along with seven on defense. IWU was picked third in the CCIW preseason poll behind North Central and Wheaton while being ranked No. 15 in the preseason D3football.com poll.

Caserta got to see the players during the 15 practices allowed in the spring for Division III schools without hitting or pads.

"I've got to let him coach the defense the way he feels comfortable with," said Eash. "There's going to be some new wrinkles for us defensively. That's just a natural occurrence. He was here in the spring and so was Mike Gunter (new defensive backs coach)."

Along with Bauer, IWU has six returning all-CCIW players from last season. The others on offense are senior wide receivers Jack Healy and Zach Walsh, junior tackle Michael Norwood and sophomore center Jake Buhe, along with senior linebacker Ryan Swift.

Senior cornerback Trevor Koepke was an all-league selection in 2017.

"We'll probably accelerate the offense and defense because of the veterans we have back as far as what we're going to do right away," said Eash. "It's going to be hard for the freshmen, but they'll just have to be taught by the upperclassmen and we'll have to get them caught up as quickly as we can. We have to get this football team ready for a very competitive schedule."

"They're both dynamic players," said Eash of Bullie and Segobiano. "Bryce Dooley had a tremendous season last year. He's a playmaker. Lucas Segobiano plays kind of the same position as Bryce.

"We look for Hamid to be that Morgan Alexander position, more of a running back and less a receiver, whereas Bryce and Lucas are more receivers than running backs."

Seniors want to make IWU football history ... and then some

Quarterback Brandon Bauer and the 22 other IWU seniors have established several goals, including being the winningest class in school history, surpassing the 31 victories of last year's senior class.

BLOOMINGTON — When Grant Caserta took over as Illinois Wesleyan's defensive coordinator this season, he figured putting in a whole new system …

IWU out to prove, and produce, a lot of points this season

BLOOMINGTON — Illinois Wesleyan averaged a school-record 42.0 points per game in 1996. That also was the last year the Titans won the outright…

Illinois Wesleyan's Trevor Koepke recovers a fumble against Wisconsin-Whitewater during a 2017 game at Tucci Stadium. Koepke is starting his third year at cornerback for the Titans.