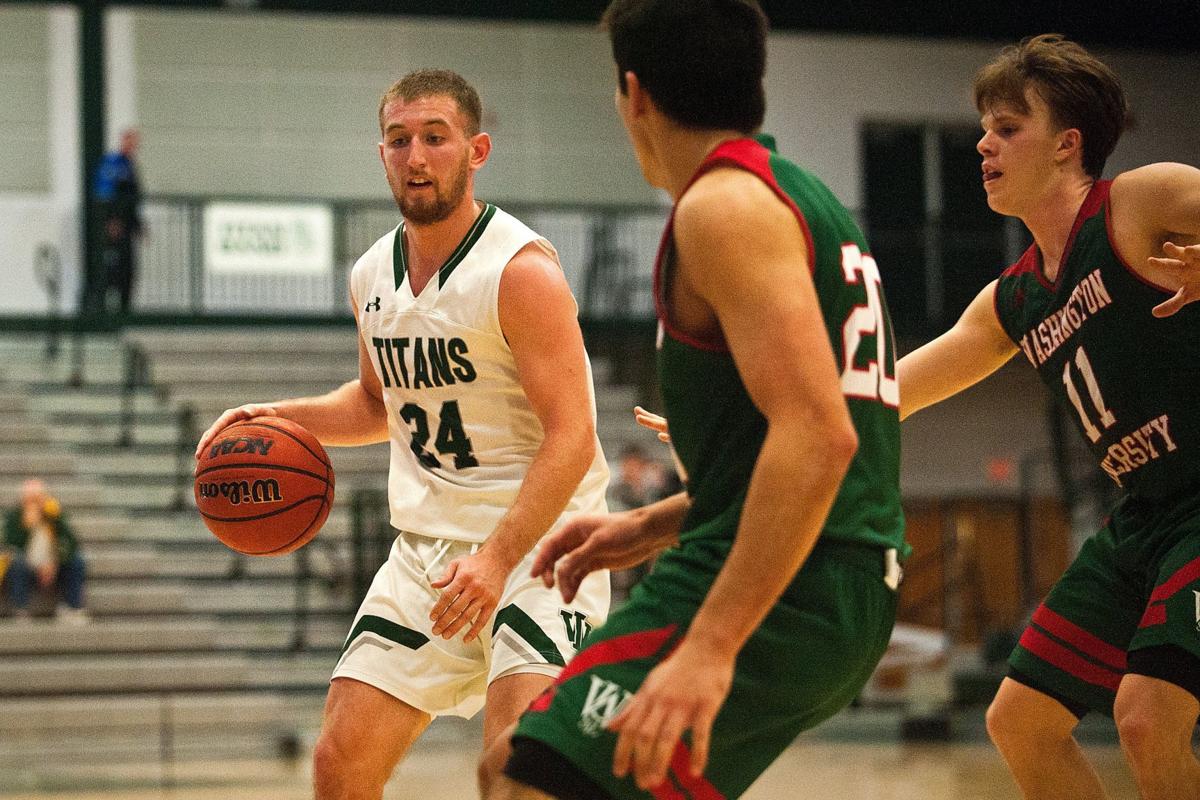 Illinois Wesleyan guard Grant Wolfe scored 28 points against Washington University on Dec. 19, 2019, at Shirk Center in what was the final game of his junior season because of concussion related issues. 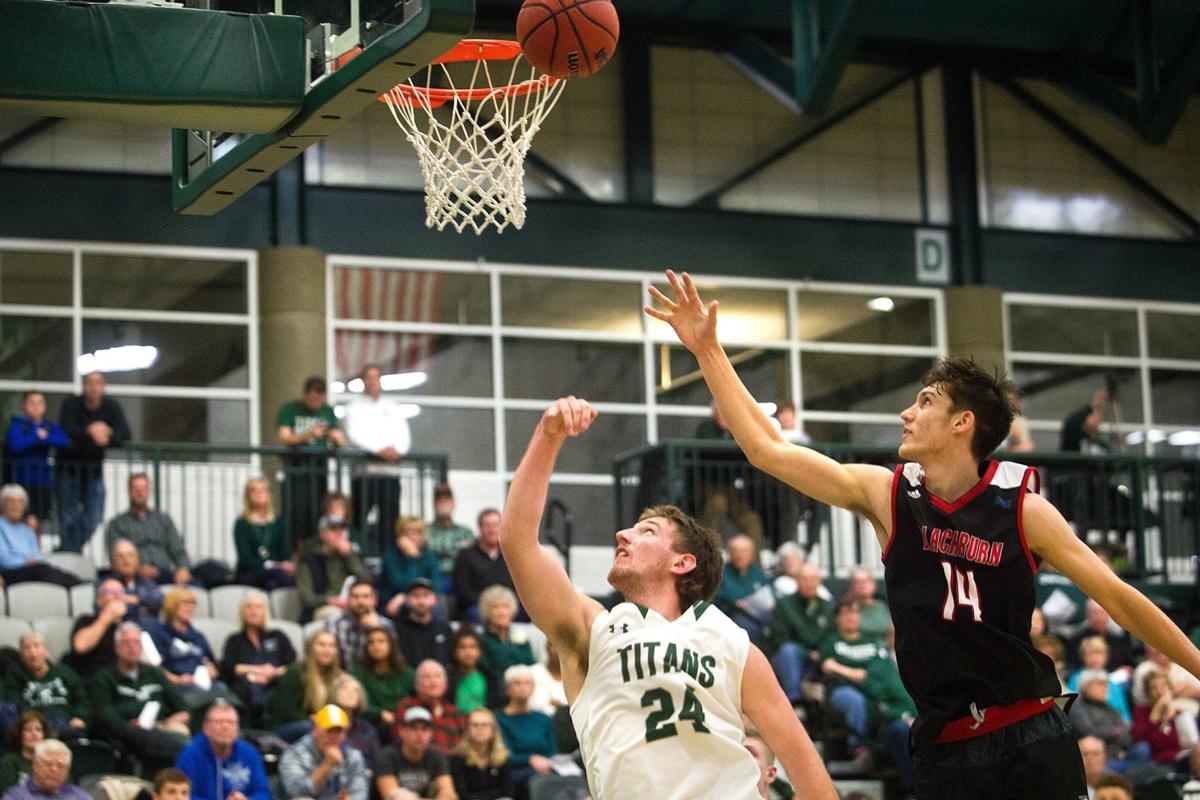 Illinois Wesleyan guard Grant Wolfe goes to the basket during the Titans' 89-65 nonconference win over Blackburn on Nov. 12, 2019, at Shirk Center. 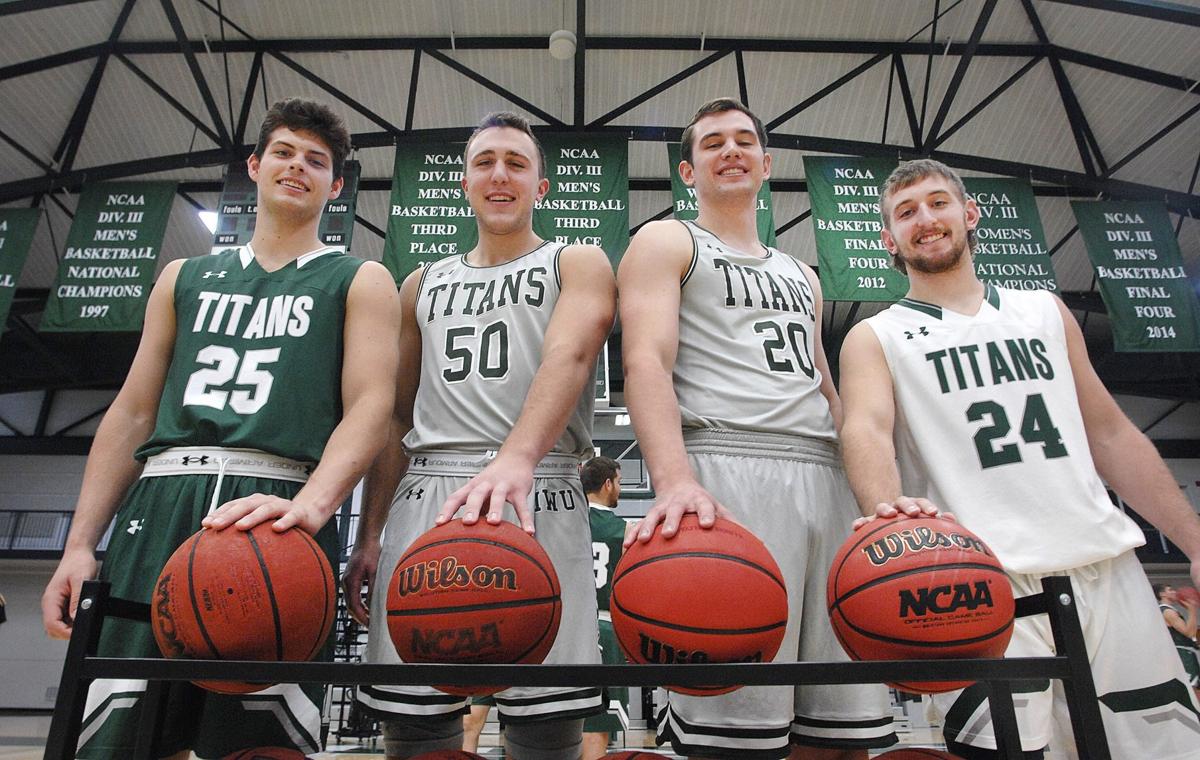 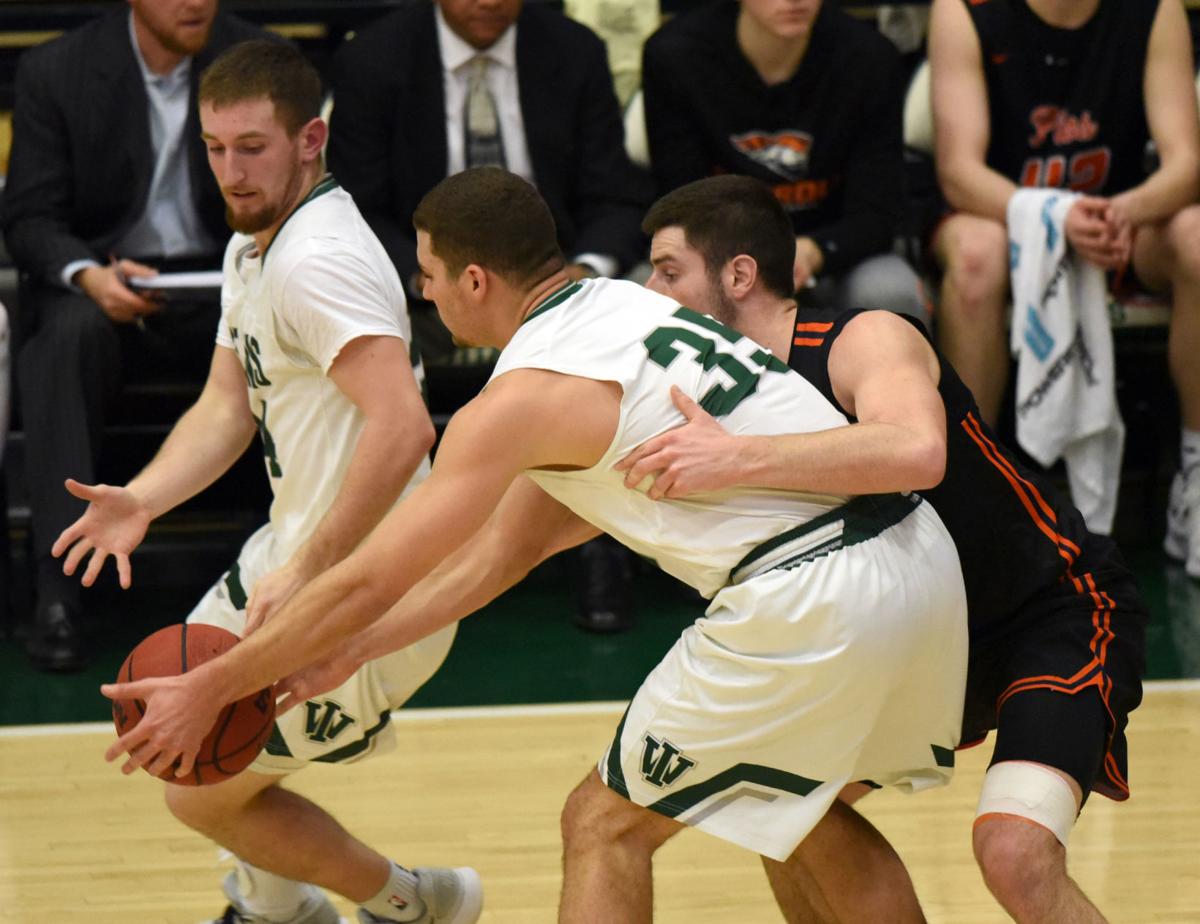 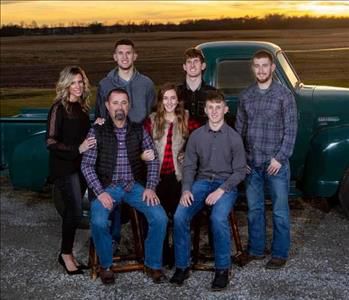 Grant Wolfe is walking a thin line. Yet the Illinois Wesleyan basketball player is determined to travel as far as that line will allow.

After two rapid-fire concussions curtailed his 2019-20 season, Wolfe is feeling better and hopeful for an uninterrupted senior season.

“I’m pretty much symptom free from the concussions,” Wolfe said. “I started seeing a chiropractor. He’s been messing with my neck and back. That really helped with a lot of headaches I’ve been having. A mix of time and seeing the chiropractor, and I’m finally over it.”

Wolfe was enjoying a breakthrough season with the Titans before taking a shot to the head in practice. He sat out three games before returning for two December contests, but endured another blow to the head while preparing to play a late December game in Texas. He did not see game action the remainder of the season.

“The doctor said since it was two back-to-back, it would take quite awhile to heal,” said Wolfe. “I rushed back too quick. That’s why the second one happened. I have another doctor appointment in September. He said the last time we met he was pretty sure I would be ready to go. He just wanted to do another checkup before school.”

After averaging 6.5 points over 27 games as a sophomore, Wolfe logged in at 18.0 in seven games and scored a season-high 28 points in a Dec. 19 loss to Washington University in his final game despite feeling “kind of out of it.”

The 5-foot-11 Effingham native watched from the bench as the Titans finished a 19-9 season. Wolfe’s replacement at point guard, freshman Luke Yoder, also was shelved with a broken hand in early February.

“It wasn’t fun. Gavin (Markgraff) went down at the same time (with a separated shoulder),” Wolfe said. “We spent a lot of time together on the sideline. Having him there really helped.”

IWU coach Ron Rose was on board with the tough decision to end Wolfe’s season.

“The course we’ve taken has made sense. He’s getting better,” said Rose. “We are always going to err on the side of caution and do what’s best for his long-term health. But I feel terrible how Grant’s season went.”

Wolfe will work to stay in shape without his usual summer of pickup games.

Steering clear of competitive basketball is harder than most for any member of the Wolfe family. A three-on-three game could break out at the dinner table.

Parents David and Angie both played basketball in high school. Brother Landon, who was heavily recruited by Rose, saw action in 28 games and started two last season as a freshman at Division II Minnesota State.

Brother Parker, who will be a senior at Effingham High School, has already scored 1,000 career points. Also basketball players are youngest brother Garrett, a sophomore-to-be, and sister Averie, who will be in seventh grade.

“We try to play a little bit,” Grant said. “We try to have fun so all of us get better.”

According to Rose, Wolfe will be held out of certain drills to avoid contact as much as possible when practice starts in October.

The problem will be games. While Wolfe shot 45.5 percent from 3-point range last season, he is also adept at driving to the basket.

“The hard part is Grant’s style of play. He’s a kid who is always going to stick his nose where the action is,” said Rose. “He’s a young man who is not going to back down. You can’t completely change how you play and your natural instincts.”

“It will be hard,” admitted Wolfe. “I’ll have to take my mind off it and go out there and play. Coach Rose wants to be as safe as possible in practice. When it comes to games, I’ll just do my thing.”

Further fueling Wolfe’s motivation is IWU’s potential for an banner 2020-21 campaign. The Titans return their top eight scorers and everyone who started a game is back.

“We’re all ready to go. Everybody is working hard in the offseason,” he said. “Not getting to play much kind of sucks. But I’m ready to get to it and see what we can do this year.”

A finance major who plans to work for the family’s SERVPRO business after graduation, Wolfe is well aware another concussion could end his playing career.

“I don’t know if we’re quite to that point, but we’re getting close,” said Wolfe. “If I do get another one, I’ll definitely have to think really hard about whether I will play again or not.”

Adopting a more optimistic view, playing in only seven games last season leaves open the opportunity for Wolfe to take a medical redshirt and play two more seasons at IWU.

One more healthy season of Wolfe in a Titan uniform would suit Rose just fine. Two would be a double serving of icing on the cake.

“I’m really rooting for him to finish out his career on his terms,” Rose said. “Grant loves to hoop. He loves to play.”

Illinois Wesleyan plays host to Carthage at 7 p.m. Tuesday in a play-in game of the College Conference of Illinois and Wisconsin Tournament.

Illinois Wesleyan guard Grant Wolfe scored 28 points against Washington University on Dec. 19, 2019, at Shirk Center in what was the final game of his junior season because of concussion related issues.

Illinois Wesleyan guard Grant Wolfe goes to the basket during the Titans' 89-65 nonconference win over Blackburn on Nov. 12, 2019, at Shirk Center.