Fuzzy Zoeller burst into our consciousness with a big personality and the game to match, winning the 1979 Masters in his first appearance. Only two others had done that: Horton Smith in 1934 and Gene Sarazen in 1935 … the first two years of the tournament.

Frank Urban Zoeller Jr. (initials FUZ, as in Fuzzy) has been a celebrity ever since, entertaining us with one-liners and 9-irons to within a foot of the pin. Talk with him for five minutes and you laugh. Talk to him for 10 and you laugh more. Spend 15 minutes with him and your side hurts.

So yes, there was laughter Sunday while interviewing Zoeller prior to a charitable event in Bloomington for Marcfirst.

Like when he said this of a cow valve inserted during his quadruple bypass surgery two years ago: “I came out of it well. But every day at 5 o’clock, I always have to go out and graze a little bit.”

Or when asked how often he plays golf at age 69: “I don’t play anymore. It’s the hardest damn game in the world!”

No argument here. Still, it was fun to hear Zoeller say it, chuckling so hard his shoulders shook.

As his smile faded, Zoeller shared the real reason he’s given up the game that made him famous. It’s not about how difficult golf is or arthritis or the painful knots on his fingers. All are factors, but not the overriding one.

Zoeller’s wife of 46 years, Diane, was diagnosed with what he called “rapid stage dementia” eight years ago. The diagnosis “kind of took the wind out of my sails,” he said.

He played part-time on the PGA Champions Tour for a couple of years, but golf was no longer his priority. His final event was the 2017 Principal Charity Classic.

“I went full-time at the house because she needed me at the house,” said Zoeller, who lives in Floyds Knobs, Indiana. “I did make that oath. You marry for better or worse and this is the worst part. I wouldn’t wish that (dementia) on anybody.

“We’re going through some rugged times as we speak because I want her to be comfortable and I want her to stay at the house that she built … she designed it, she built it. I’m fortunate that I can afford to have the help that I need to take care of her. It’s something families go through. But it’s a rough go.”

It is a side of Zoeller we haven’t seen through the years as he yukked it up with galleries, needled fellow players or joked with reporters. There is room in his surgically repaired heart for more than golf and cow valves. He has empathy for families enduring difficult times or facing challenges.

It made him a perfect fit for the Marcfirst event, which included a VIP gala Sunday evening at the Doubletree Hotel by Hilton and the organization's 20th annual Golf Classic on Monday at The Den at Fox Creek.

In the words of CEO Brian Wipperman, Marcfirst “provides services from the beginning of life to the end of life and everything in between for kids, teenagers and adults with intellectual disabilities.”

The organization has a wide range of programs designed to help families. Zoeller’s appearance gave attendees a chance to mingle and get photos with a Masters and U.S. Open champion (1984) while helping a good cause. In turn, it likely helped Zoeller, who said, “I have more fun doing what I’m doing here (than playing).”

“I miss the guys,” he said of not being on tour. “I don’t miss the golfing part. But I miss seeing the guys. We were a family.”

That “family” feel is less prevalent today on the PGA Tour. If it seemed players had more fun and were more engaging with fans in Zoeller’s heyday, he agrees it’s true.

Zoeller blames the change on cell phones and social media, saying, “Everybody wants to be media, and they can bury you in like 30 seconds.”

“All they have to do is take a picture, and if it’s the wrong picture or in the wrong setting, they hit send and now how do you fight your way out of that?” Zoeller said. “These cell phones are scary. I don’t blame the guys. I’d run, too.”

The routine off the course is different as well. Players are bigger, stronger and more fit. They pay attention to nutrition, lift weights and travel with personal trainers.

“When we were coming up, our deal was we’d play golf, go out to dinner, drink and then go home and go to bed,” Zoeller said. “We’d wake up the next day and do the same thing. Now, these kids wake up and eat their apples and bananas and go work out for two or three hours.

Zoeller laughed heartily. He still does that a lot, and you laugh with him.

He founded Fuzzy’s Vodka in 2009, dabbles in IndyCar racing sponsorship, has designed or redesigned 28 golf courses, and puts his name and celebrity behind charitable causes. He is a busy man with a sense of humor and a zest for life.

Yet, his priority is the love of his life, and making good on his vow to be there for her.

Randy Kindred is a columnist and retired sports editor at The Pantagraph. Follow Randy Kindred on Twitter: pg_kindred

Kindred: Tim McGuire’s coaching journey reaches its end. Or has it?

Tim McGuire coached his final game last week. He insists it’s true. A devout Christian, he might even swear to it on a stack of Bibles. His wife, Sharon, isn’t so sure.

An athlete’s journey to his/her senior year is often a family pursuit. A decade or more of practices, games, lessons and summer travel tournam…

NCHS entered Tuesday’s regular-season finale — a Big 12 home game vs. Peoria Notre Dame — at 17-6 overall and 11-1 in the conference. No other team in the league had fewer than three Big 12 losses.

Kindred: ‘Dr. J’ was a gift that keeps on giving for Illinois State

Jim Johnson impacted generations of ISU students and student-athletes. Eight years after his death at age 73, he is still making a difference, thanks to his widow, Pat.

A state tournament qualifier in 1970, the Purple Raiders needed one more win to earn a return trip in 1971. They were denied by a 3-2 loss to tiny Macon in the sectional finals

Kindred: Is Mickelson for real? Who cares? We just want our Phil

What is Phil Mickelson like? Is he the smiling, thumbs-up guy we see on the golf course? We don’t know. We can’t say with certainty who Mickelson or any celebrity really is.

Kindred: A father’s footsteps — be there and do your best

Harry Chapin’s “Cat’s in the Cradle” almost dares you to reexamine your own father-son relationship. Was it this sad refrain of lost opportunity. or a wonderful connection?

Kindred: ‘I have to do this’: Tony Griffin keeps coaching during cancer fight

Griffin, 59, was head girls coach at Heyworth High School for 16 years. He was diagnosed with cancer after taking over as eighth grade girls coach at Tri-Valley.

For nearly all of our 40 years together, my wife Martha and I have hosted a Fourth of July party for family, extended family, friends, acquaintances, cats, dogs and the occasional drifter. 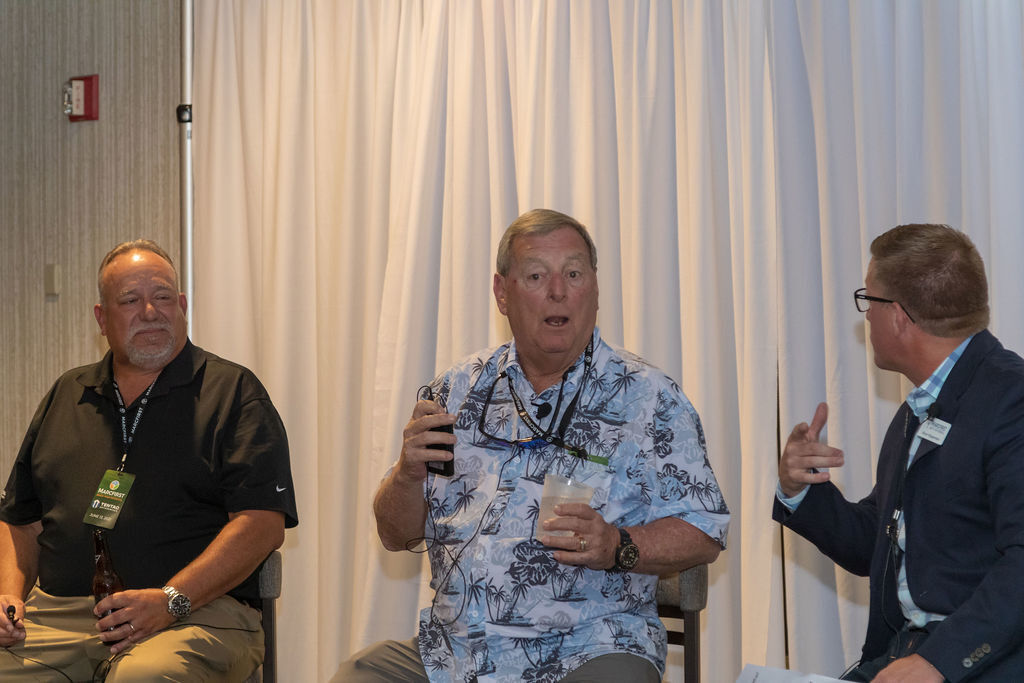 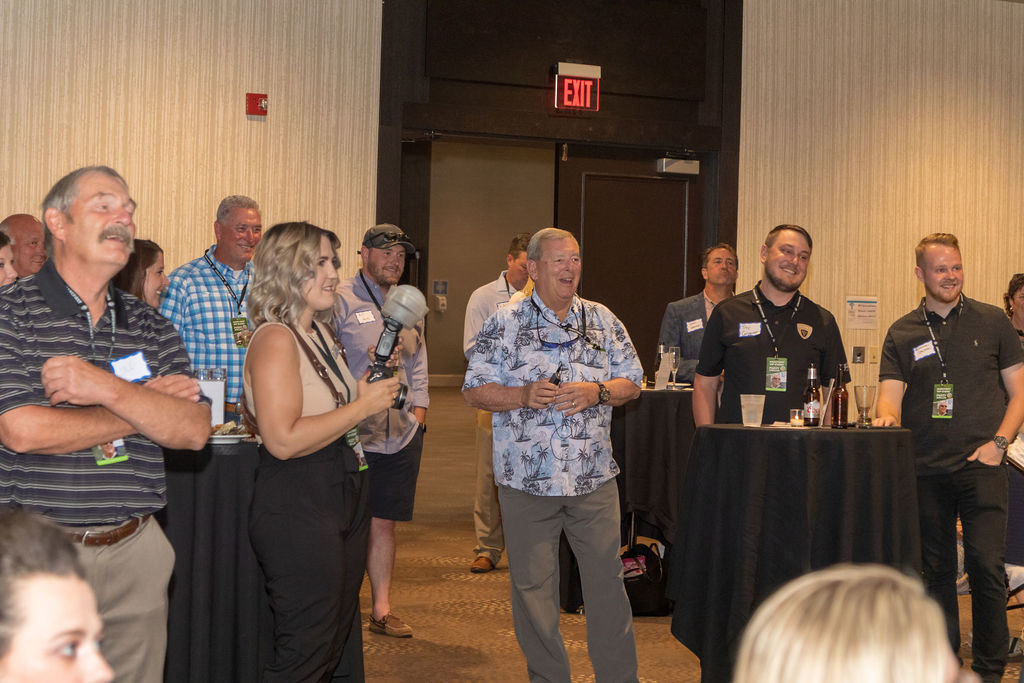