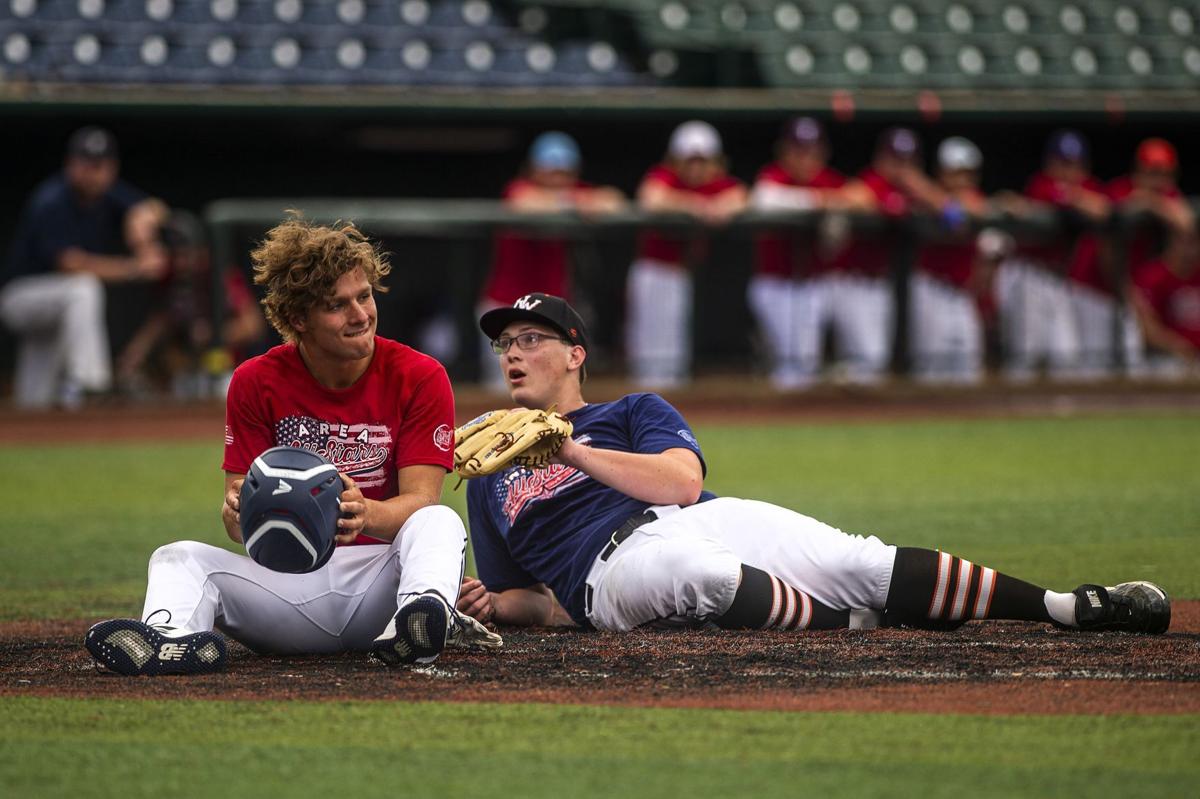 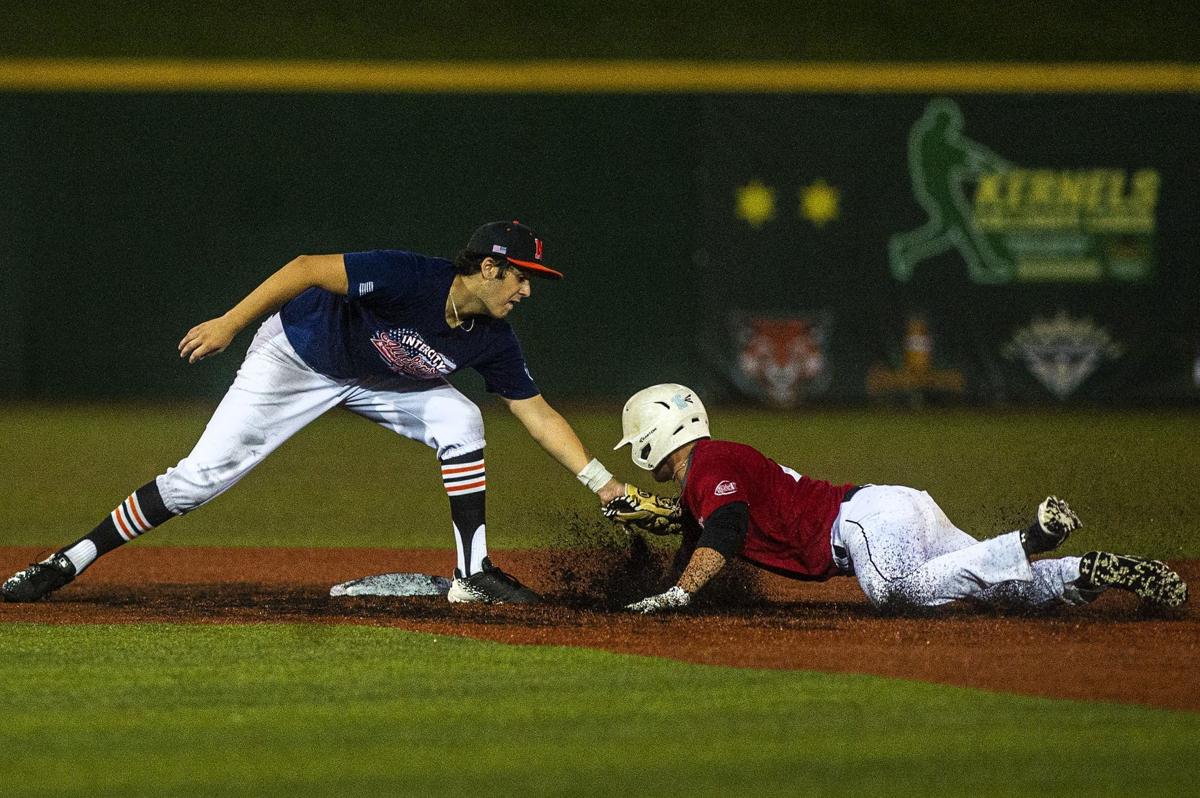 Intercity's Griffin McCluskey of Normal Community High School tags out Area's Trevor Keagle of Lexington High School at second base during the BNBA Classic on Tuesday, July 21, 2020, at the Corn Crib. 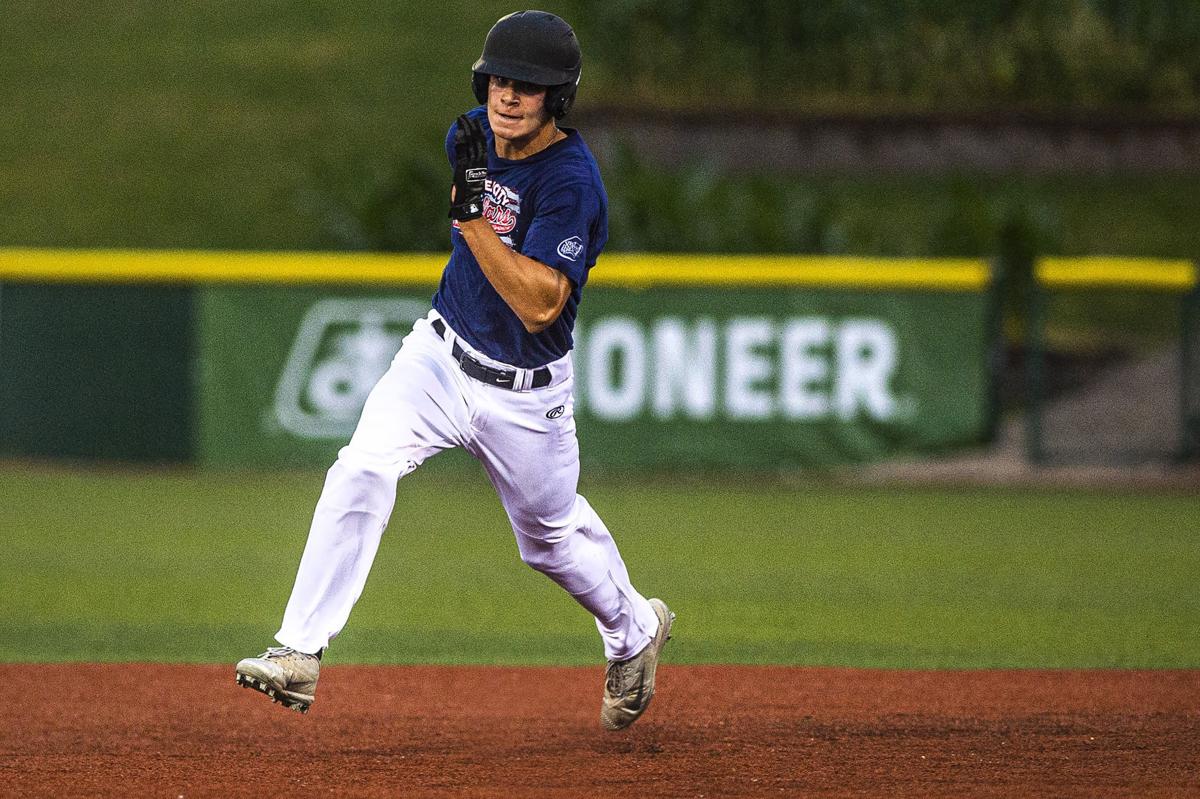 Intercity's Brendan Tupper of University High School rounds the bases during the BNBA Classic on Tuesday, July 21, 2020, at the Corn Crib. 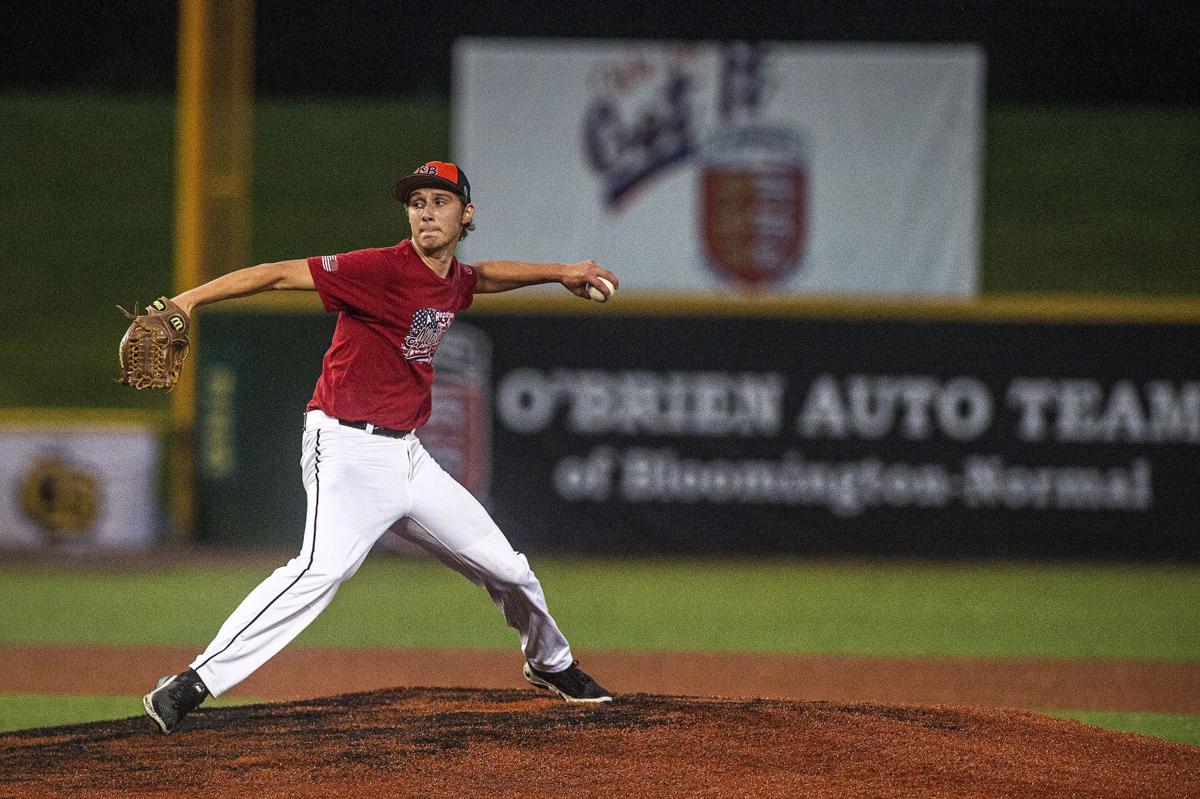 Area's Jack Weber of the Roanoke-Benson/Lowpoint-Washburn co-op pitches during the BNBA Classic on Tuesday, July 21, 2020, at the Corn Crib.

NORMAL — Players and coaches alike were anxious to pose for postgame photographs Tuesday at the Corn Crib.

You see, there won't be many positive memories from the high school baseball season that never was of 2020, but the Bloomington-Normal Baseball Association Classic all-star games will undoubtedly qualify.

“It’s good to get the jersey and hat on one more time and finally get to play with the kids you’re supposed to play your senior year with,” said University High’s Drew Ziebarth. “It’s pretty special to us.”

“Everybody had a blast playing with all their friends again,” Normal Community’s Griffin McCluskey said. “We’re bummed out we missed our season. This is a good go-away gift for college. I’m glad we got it.”

McCluskey pitched two scoreless innings and contributed a run-scoring single as the Intercity held off the Area, 4-3, in the first game. Ziebarth belted the evening’s only home run and worked a scoreless frame on the mound to help the Intercity claim the nightcap as well, 12-6.

The BNBA games were a replacement of sorts for the Pantagraph All-Star Game, which was canceled in June because of the COVID-19 pandemic.

“I was a little nervous they weren’t going to do this. I looked forward to this every year. I would go all the time,” said McCluskey. “For some kids, this is their last year playing baseball. This is a good opportunity to get that one last chance to play.”

Several of the Intercity teams had high expectations dashed by the pandemic.

“It was upsetting. We knew we could have definitely gone somewhere this year,” the Illinois Wesleyan-bound Ziebarth said. “Last year we didn’t play our best, and we thought we would bounce back this year and do something better. But sometimes life happens, and that was the outcome.”

McCluskey, who will play college baseball at Valparaiso, allowed two hits and struck out five as the Intercity’s starting pitcher in game one.

The Intercity took a 1-0 edge in the second when Tommy Heideman of NCHS reached on an error, took second on a wild pitch and scored on a single to right field by Normal West’s Garrett Swingler.

The Area tied it in the top of the third as Olympia’s Ayden Winterland beat out an infield single and later scored from second base on a wild pitch.

The Intercity claimed a 3-1 lead with a pair of tallies in the bottom of the third. Bloomington’s Alec Imhof reached on an infield single and scored on a hit from Jackson Powell of University High. Powell stole second and was driven home by McCluskey’s single.

The lead swelled to 4-1 in the fourth on consecutive singles from U High’s Brendan Tupper, NCHS’ Mason Burns and Sean Shook of West.

The Area made some noise in the seventh. Roanoke-Benson’s Jack Weber walked and scored on a passed ball. Winterland, who had doubled Weber to third, crossed the plate on a single from Lincoln’s Justin Long before Shook recorded the last out.

Alex Smith of West, the second of three Intercity pitchers, struck out four and walked two over three innings.

In the nightcap, the Intercity erased a 4-0 deficit.

Area starter Kobe Essien of Mahomet-Seymour worked a dominating three innings. After a leadoff ground out, the Quincy University recruit set down the next eight Intercity batters on strikes.

With Essien back in the dugout, the Intercity struck for three in the fourth. West’s Will Kafer doubled to deep left and came home on a triple from West’s Evan Hutson before Ziebarth blasted a two-run home run beyond the left-field wall.

“I didn’t hit one my whole U High career and tonight I did,” Ziebarth said. “That was pretty special, too.”

The Intercity pulled ahead with a four-run fifth that featured run-scoring hits from Kafer, Nick Fisher of Central Catholic and BHS’ Nick Sharp.

The Area crawled back within 7-6 as fifth-inning runs scored without benefit of a hit on a wild pitch and a passed ball. The Intercity gave itself breathing room in the form of a three-run sixth. BHS’ Tyler Townsend, Ben Brown of NCHS and Sharp had hits during the outburst.

A two-run single from Hutson knocked in the final two Intercity runs in the seventh as Kafer completed a streak of scoring runs in each of the final four innings.

The Bobcats defeated the Gems and the CornBelters edged the Hoots at the Corn Crib Saturday.

Watch now: Central Illinois Cardinals and Cubs fans ready for baseball — even with a shortened season

Lincoln's Travis Hatfield, like most baseball fans, is happy baseball is back. Major League Baseball returned this week and will play a 60-game regular season with expanded playoffs.

Intercity's Griffin McCluskey of Normal Community High School tags out Area's Trevor Keagle of Lexington High School at second base during the BNBA Classic on Tuesday, July 21, 2020, at the Corn Crib.

Intercity's Brendan Tupper of University High School rounds the bases during the BNBA Classic on Tuesday, July 21, 2020, at the Corn Crib.

Area's Jack Weber of the Roanoke-Benson/Lowpoint-Washburn co-op pitches during the BNBA Classic on Tuesday, July 21, 2020, at the Corn Crib.