Become a Member
Read Today's E-edition
Share This
Watch now: University High baseball headed to 2A State after win over Ottawa Marquette
0 comments
Share this
1 of 5 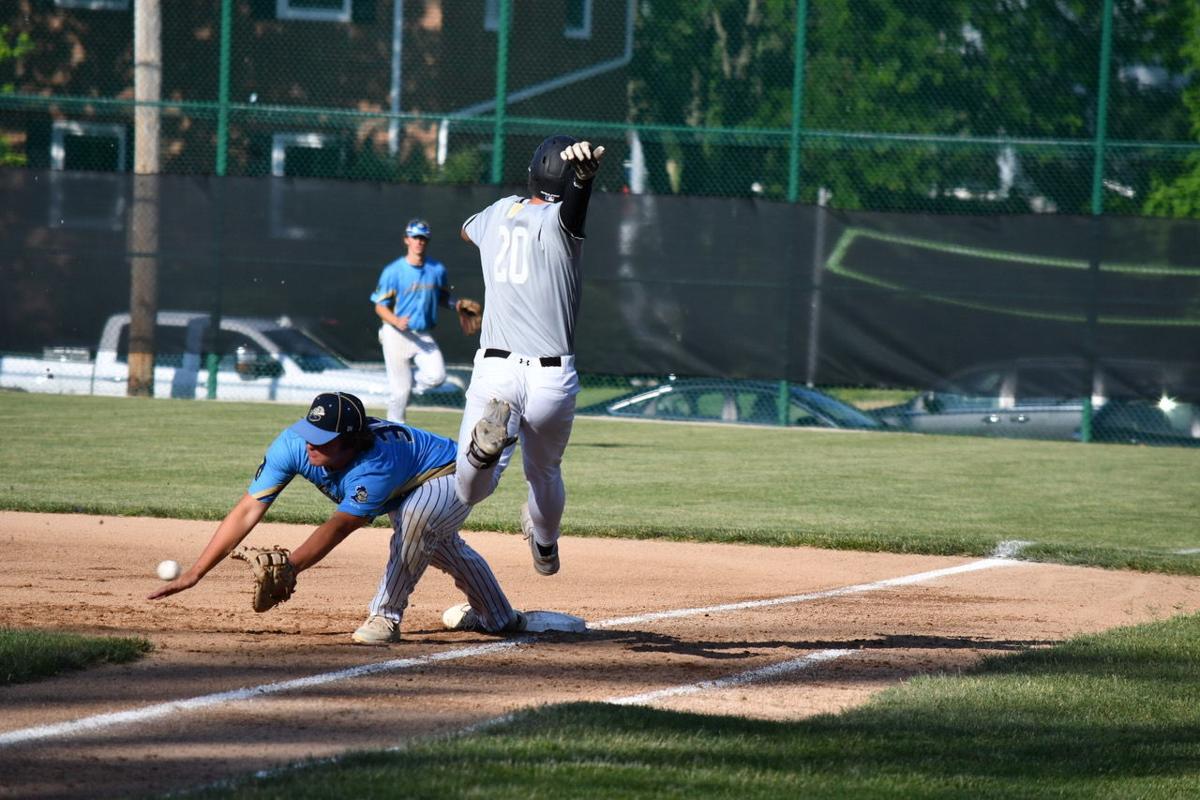 University High's MacCallan Conklin lunges for the base as Ottawa Marquette first baseman Beau Ewers reaches for the throw in Monday's Class 2A super-sectional. 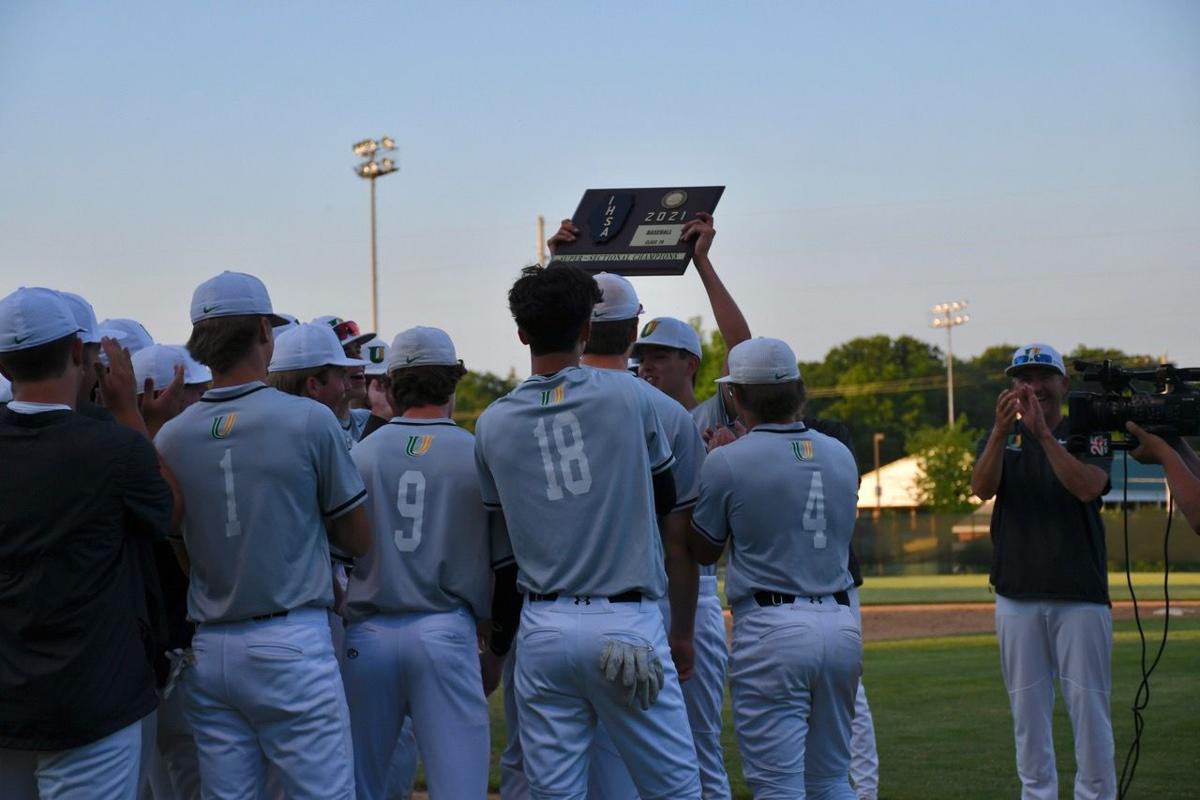 University High's Jake Swartz hoists the super-sectional championship plaque after the Pioneers defeated Ottawa Marquette on Monday to advance to the Class 2A State Tournament. 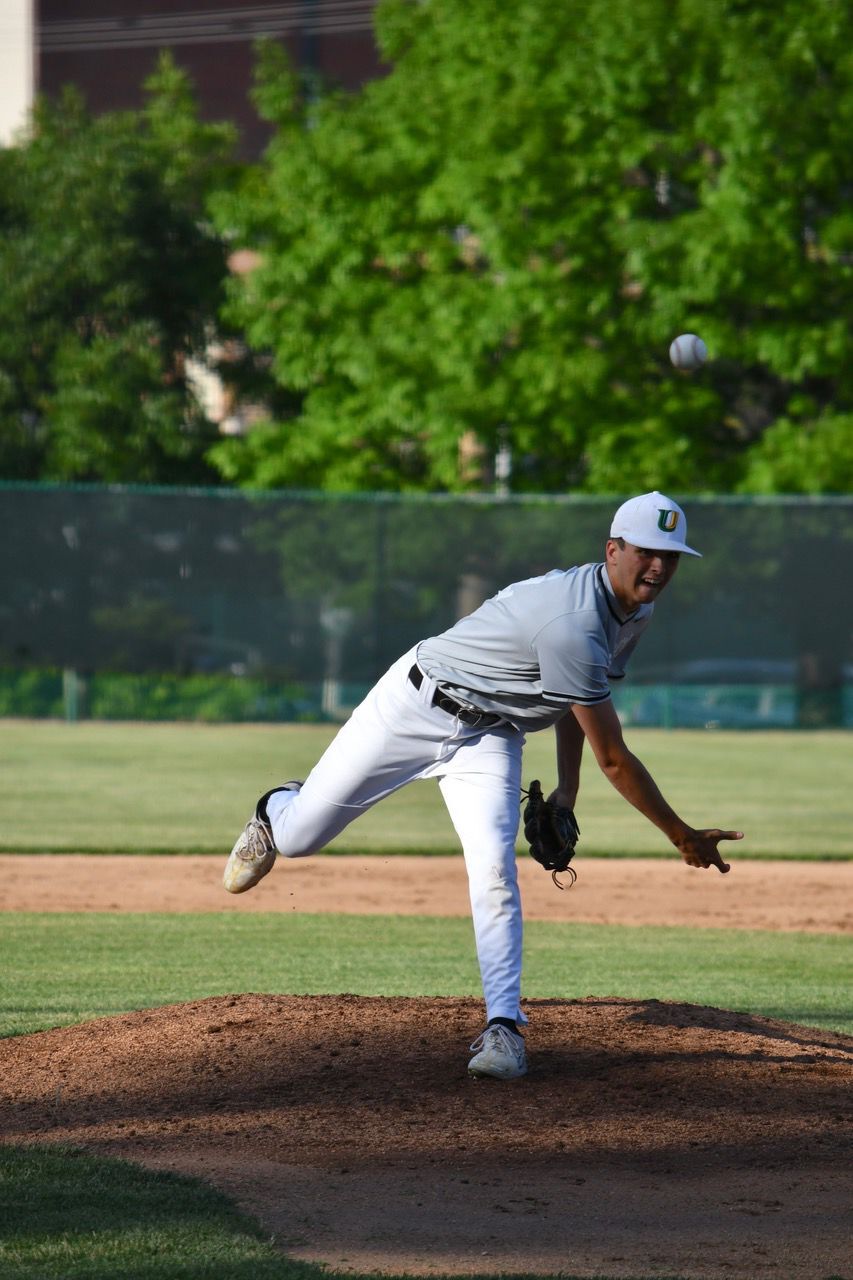 University High pitcher Jake Swartz struck out 14 while pitching the Pioneers to the super-sectional win over Ottawa Marquette. 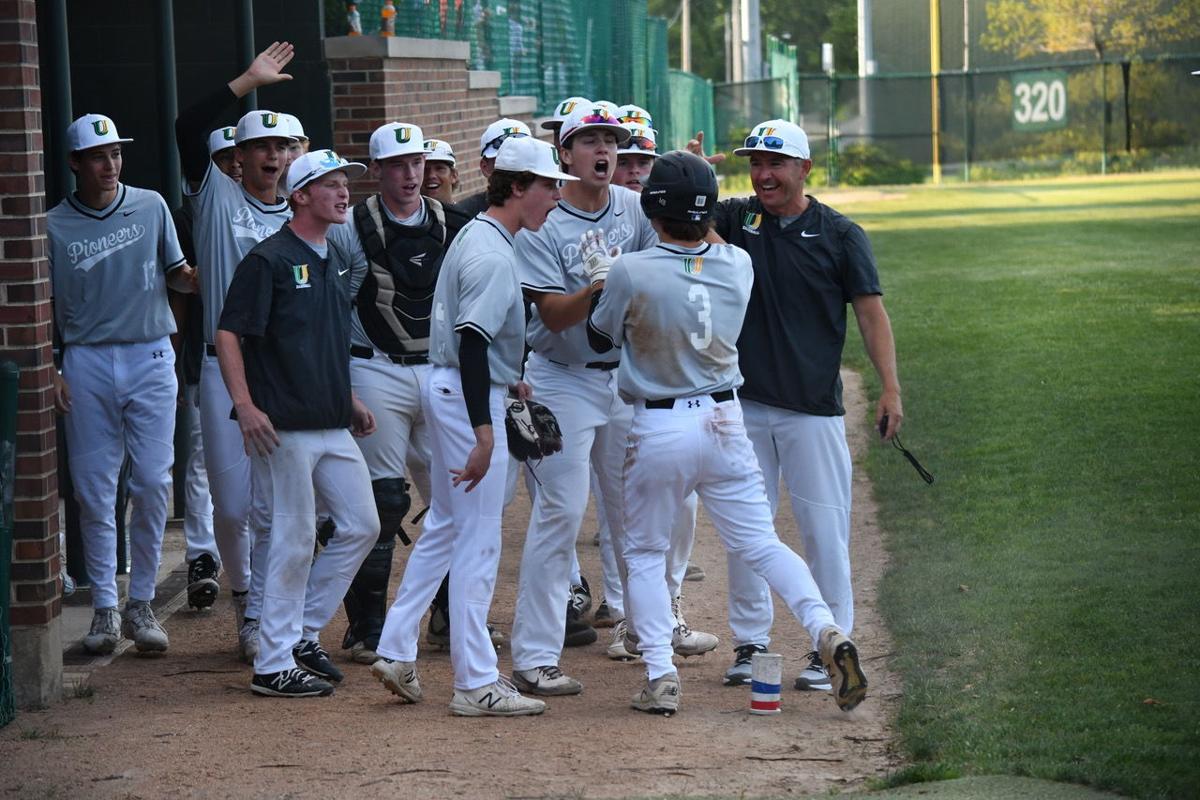 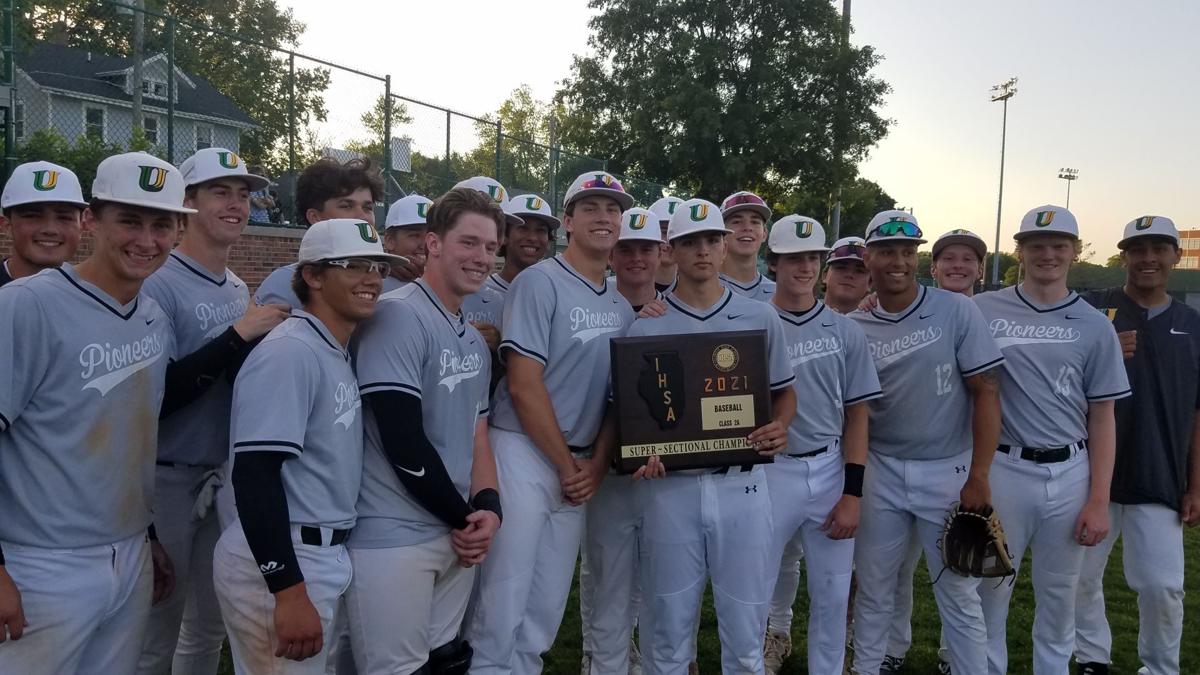 BLOOMINGTON — Jake Swartz was effective before morphing into dominant.

The University High School baseball team's offense was both spectacular and relentless early, which was more than sufficient to secure a 9-2 Class 2A super-sectional victory over Ottawa Marquette on Monday at Illinois Wesleyan's Horenberger Field.

An eye-popping 14-strikeout performance from Swartz and an eight-run second inning propelled the Pioneers into Friday's Class 2A State Tournament at Illinois State's Duffy Bass Field.

"It feels great," said Swartz, who did not walk a batter and allowed five hits. "We worked as hard as we could all offseason and all year to get to this point. We had a few bumps in the road, but we got here. Now we're going to state, but the job is not finished."

U High scored eight of its runs in the second inning with the help of three Marquette errors.

Evan Kochel led off with a walk and took second on Matthew Davenport's bunt single. Both runners moved up as the throw to first base got away.

Chase Adams then bounced into a fielder's choice as Davenport's nifty slide into home eluded the tag of Marquette catcher Hayden McKenna.

Swartz bounced a grounder to Crusaders' shortstop Luke Couch, whose throw to the plate short-hopped McKenna, who could not snare it cleanly as Adams scored.

Daniel Mosele drew a walk to force in Conklin, Kochel's single knocked in Jones, and a two-run single from Matt Armstrong chased home courtesy runner Charlie Vercruysse and Mosele to complete the outburst.

"I figured going into the postseason if we could score four runs I felt pretty confident our pitching would be able to hold it steady as long as we played sound defense," U High coach Steve Paxson said.

"When you have a kid like Jake Swartz on the mound it gives your team a lot of confidence if we can get to four we're in really good shape. Eight is just more than a coach can ask for."

Marquette, which bowed out at 17-3, scored an unearned run in the second inning and another single tally in the third on a Nick Melvin single followed by a Couch double.

After that one-out double, Swartz allowed one hit and struck out 11 of the 16 batters he faced.

"Going into the fourth inning, I started to get a good feel on the curve ball and change up and was throwing those very well," said Swartz, a junior who has committed to sign with Illinois. "That seemed to get them off balance so I went to those pitches a lot. It got the job done."

Kochel expected a fine outing from Swartz, but the right-hander exceeded even his catcher's expectations.

"He's been great for us all year. I didn't know it was going to be like that," Kochel said. "He got even better as the game went on. All three pitches were working for him."

The final U High run crossed the plate in the sixth as Conklin singled, stole second, took third on a Jones fly ball and sprinted home on a Swartz ground out.

"We were chasing the entire game. Obviously, that inning hurt," Marquette coach Todd Hopkins said. "Five hits doesn't sound like a whole lot, but I know they had him (Swartz) at 91-92 (mph) on the gun."

U High will have the rare pleasure of playing the state tournament on its home field.

"We said during contact days when we were getting together 'boy, wouldn't it be great.' It feels weird we're actually going to do it," said Paxson. "One of the worst feelings would have been to watch somebody else on our home field for a state tournament. We feel really blessed and fortunate to get there."

Roanoke-Benson guard Jack Weber (25) is mobbed by teammates after the Rockets defeated Chicago Fenger, 45-43, during their Class 1A super-sect…

Roanoke-Benson claimed the Class 1A super-sectional championship at Redbird Arena in dramatic fashion.

The pain of Alzheimer's

Former Illinois State football coach Denver Johnson and his daughters endured a lengthy ordeal leading to the death of their wife and mother Danita.

Reflections on a milestone in a pandemic

After a tough semifinal loss, University High regrouped to win the Class 2A third-place game.

University High's MacCallan Conklin lunges for the base as Ottawa Marquette first baseman Beau Ewers reaches for the throw in Monday's Class 2A super-sectional.

University High's Jake Swartz hoists the super-sectional championship plaque after the Pioneers defeated Ottawa Marquette on Monday to advance to the Class 2A State Tournament.

University High pitcher Jake Swartz struck out 14 while pitching the Pioneers to the super-sectional win over Ottawa Marquette. 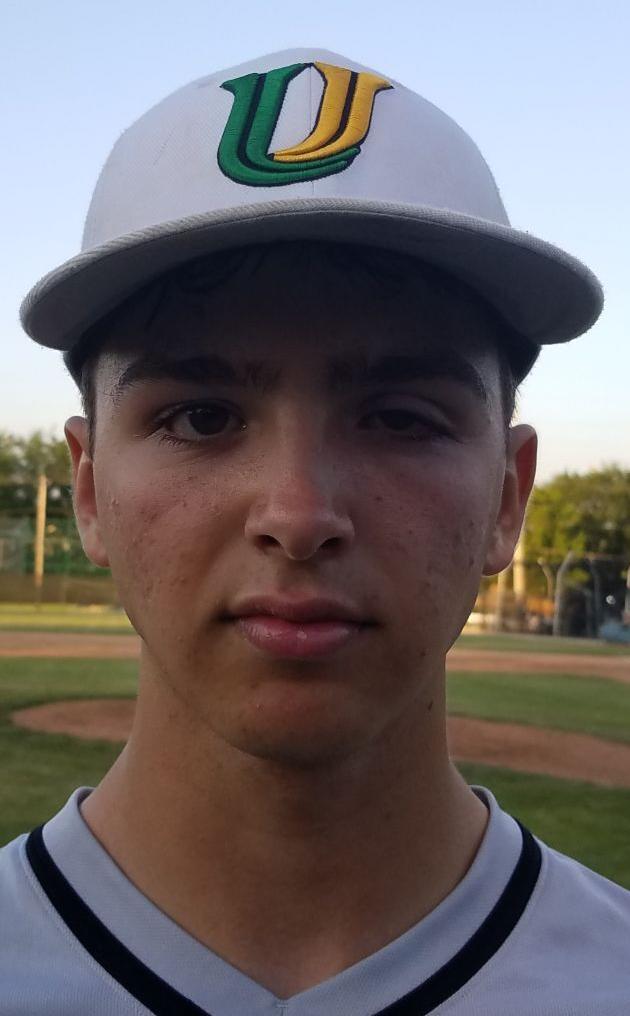