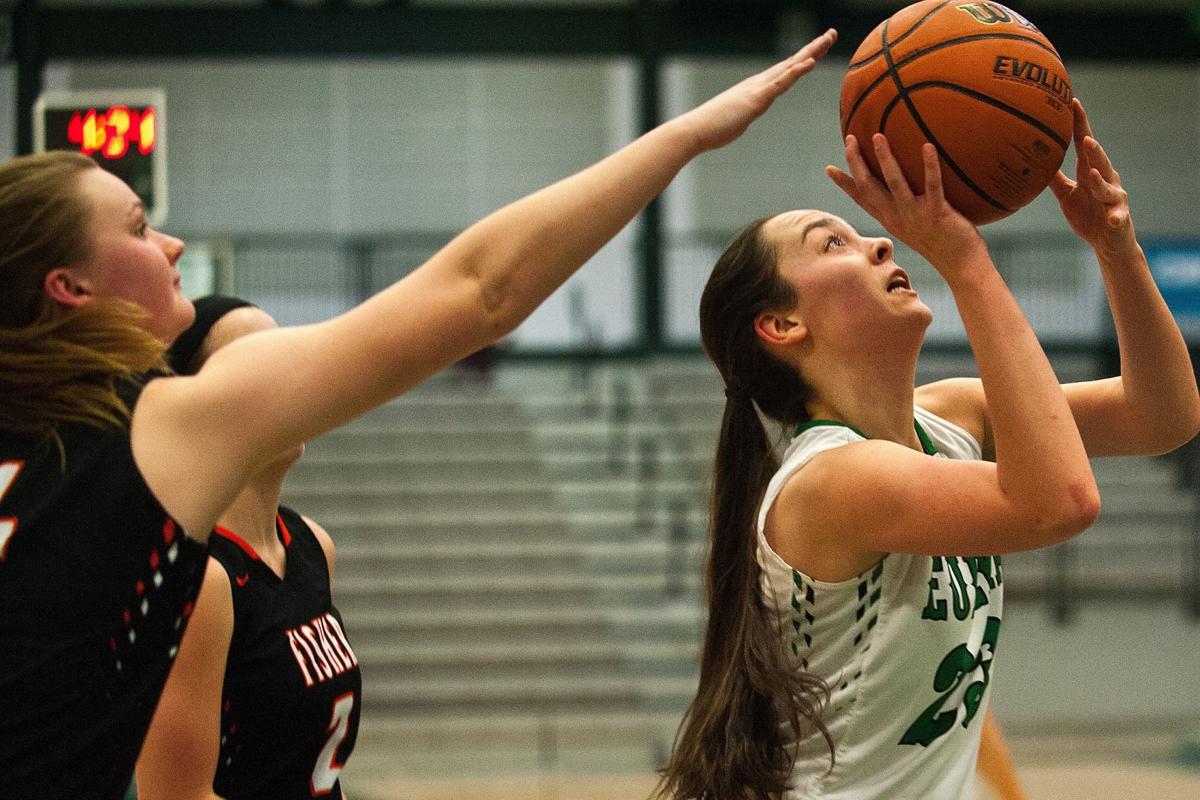 Eureka's Ashley Nohl heads to the basket past a pair of Fisher defenders during their semifinal in the McLean County Tournament on Thursday, Jan. 23, 2020, at Shirk Center. Eureka defeated Fisher, 53-33. 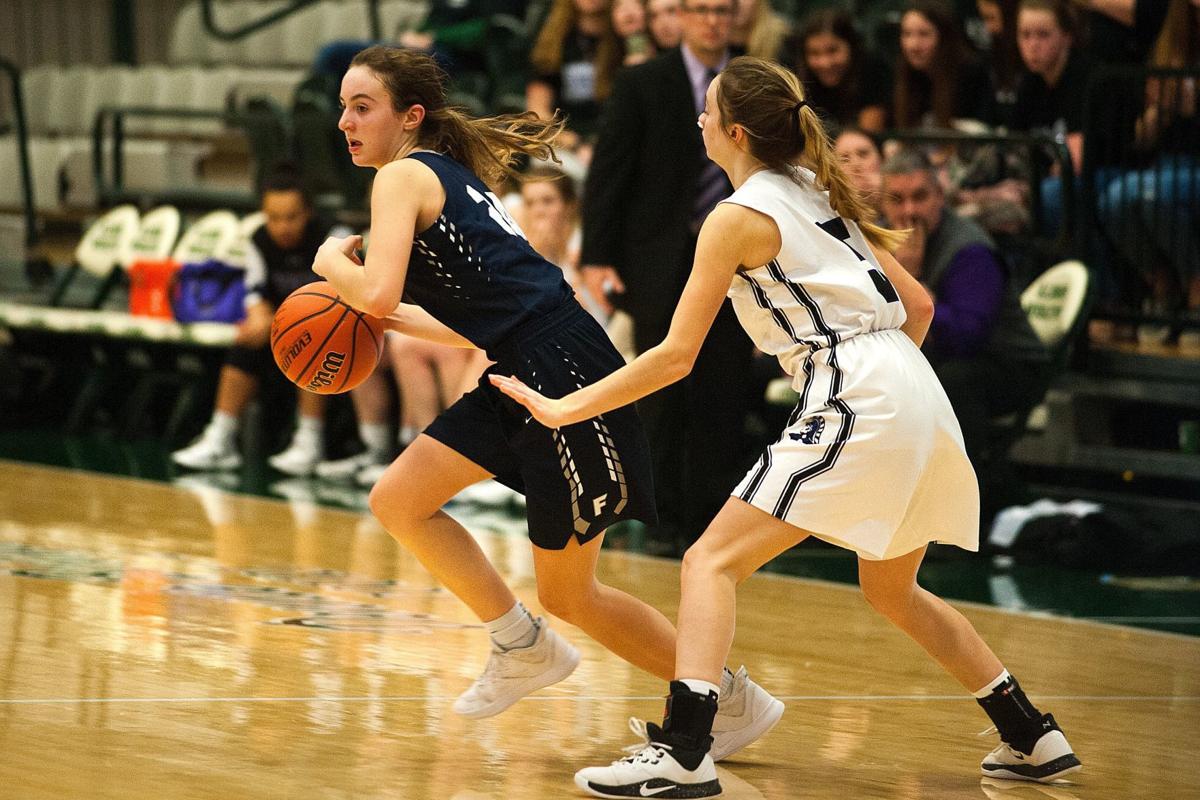 Fieldcrest's Ashlyn May works her way around El Paso-Gridley defender Faith Graham during their semifinal in the McLean County Tournament on Thursday, Jan. 23, 2020, at Shirk Center. Fieldcrest rallied to beat EPG, 32-29.

BLOOMINGTON — Down 10 points in the third quarter of a low-scoring game, the Fieldcrest High School girls basketball team had ample reason for concern. Maybe even panic.

Because the Knights were able to stop at the former and avoid the latter, a comeback was possible.

Fourth-seeded Fieldcrest latched on to that possibility and transformed it into a 32-29 victory over El Paso-Gridley in the semifinals of the McLean County Tournament on Thursday at Shirk Center.

“We were a little bit concerned. But we knew we could get the energy to bring it back, and we could hit some big shots,” Knights senior Alyx Carls said. “We just had to find a way to get some easier shots so we could get our confidence back up.”

“This is the first time Fieldcrest girls basketball has been in the championship game,” said Knights coach Mitch Neally, who secured his 100th win in his fifth season as coach. “We’re definitely excited to be there.”

No. 9 EPG (9-12) was in pursuit of its third straight win over a higher seeded team.

It appeared the Titans might get it when they boosted a 13-12 halftime deficit into a 23-13 advantage on 3-pointers from Addison Benedict, Michaela Kelly and Faith Graham and a Rebecca Orns layup.

“I called timeout to keep them composed and let them know we can win this thing,” Neally said. “I believed we could, and I think they did too from the look in their eyes. I told them we have to grit this thing out and chip away at it. That’s what we did.”

Fieldcrest missed its first six shots of the third quarter before Ella Goodrich broke the seal with a 3-pointer. Carls’ 3-pointer in the final minute brought the Knights within four.

Fieldcrest reeled off the initial nine points of the final quarter on two Ashlyn May buckets, a Samantha Vazquez put back and another Carls trey.

EPG clawed back within 29-27 on a basket from Olivia Tipler but could get no closer.

“We really want to use our defense as our strong point. Teams don’t score a lot of points on us,” Titans coach Jeff Sinn said. “The energy was there and the execution and toughness was there on the defensive end.”

EPG committed just three turnovers in the third quarter but had a total of 22.

Carls paced all scorers with 12 points. Goodrich added nine, and May grabbed a team-high five rebounds. Orns had eight and Benedict seven for EPG.

Eureka-Fisher: Eureka led by just two after one quarter but ballooned that lead to 10 by halftime and maintained control after the break.

“We knew if we just kept the pressure on Fisher we thought that would be to our advantage,” Hornets’ coach Jerry Prina said. “We tried to push the tempo. That’s something we like to do against teams that play zone.”

Freshman Ellie Cahill scored 14 first-half points and finished with a game-high 20 for Eureka (20-5).

“We started out kind of forcing threes but we got it back. We made sure we were passing the ball more to get open shots,” said Cahill. “It felt good to finally make them. The past few games my shot has been a little off.”

A Cahill layup with one second showing sent the Hornets into the final quarter with a 37-23 cushion.

“The ball just found her (Cahill),” Prina said. “The way to attack the 3-2 (zone) is put your shooters in the corners and put somebody in the middle who can knock down shots.

"We had Andy (Natalie Anderson) in the middle and Cahill in the corners so we were able to get some good looks.”

Anderson chipped in 15 points for Eureka.

“The first quarter we were with them,” said acting Bunnies coach Doug Enos. “We did not control the tempo like we set out to do. They took us out of the tempo, and we could never get it back.”

EUREKA — Not terribly long ago, heading to the free-throw line in pursuit of victory was a precarious endeavor for El Paso-Gridley High School…

The No. 9-seeded El Paso-Gridley High School girls basketball team knocked off No. 8 seed Tremont, 45-37, on the opening day of the 40th McLean County/Heart of Illinois Conference Tournament at El Paso on Saturday.

The Fieldcrest High School basketball team rallied from an eight-point deficit after three quarters to trip Deer Creek-Mackinaw, 62-59, in the…

Eureka's Ashley Nohl heads to the basket past a pair of Fisher defenders during their semifinal in the McLean County Tournament on Thursday, Jan. 23, 2020, at Shirk Center. Eureka defeated Fisher, 53-33.

Fieldcrest's Ashlyn May works her way around El Paso-Gridley defender Faith Graham during their semifinal in the McLean County Tournament on Thursday, Jan. 23, 2020, at Shirk Center. Fieldcrest rallied to beat EPG, 32-29. 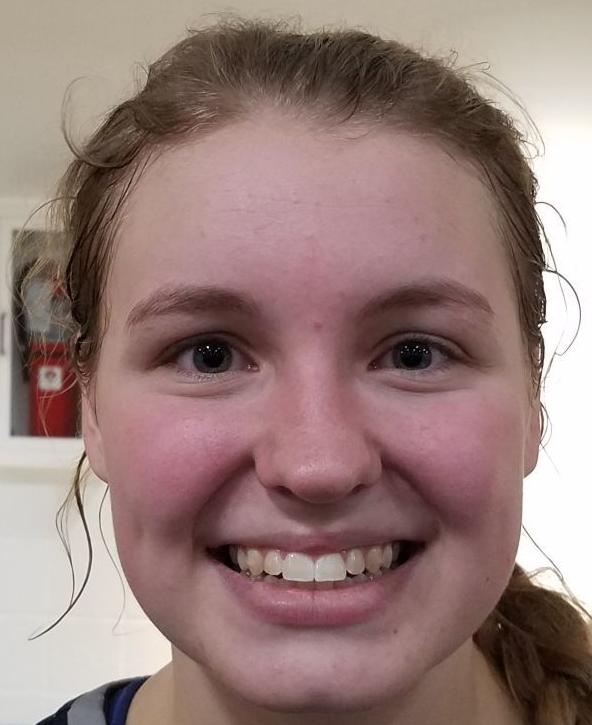 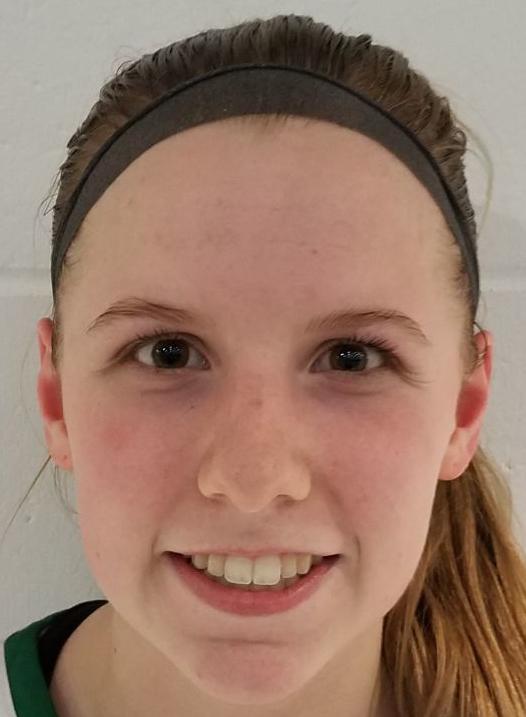