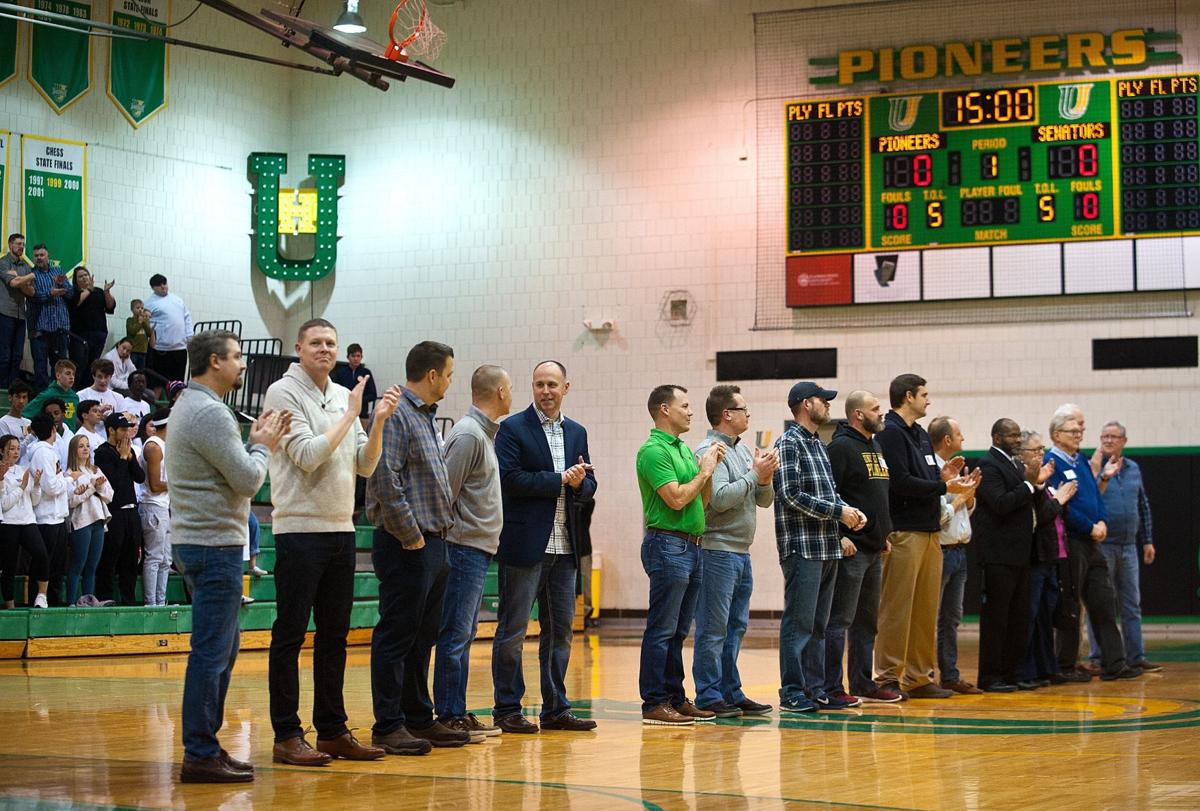 Kevin Jones is a cabinet maker, has been for 21 years. Tell him what you’re looking for and he’ll do his best to deliver.

“So if I ever need a cabinet …” a reporter said.

Ironic, really, on a night University High School was celebrating the 25th anniversary of its Class A state basketball championship. On another night — March 11, 1995 — Jones was a 6-foot-4 sophomore on a U High team looking to cap a stirring rally against top-ranked Aurora Christian.

As time melted away in a tie game, Jones caught a pass in the lane and banked in a layup with 2.6 seconds left. After trailing by 13 early in the fourth quarter, U High was ahead. And when Jones stole the ensuing inbound pass, the Pioneers were jumping for joy.

The center on an undersized team, Jones was in the center of the celebration.

He had delivered … twice.

“At the time it was all a blur,” Jones said Friday as Coach Cal Hubbard’s 1995 state champs were honored at U High. “Even after the game it was a blur. Looking back, I’m able to be appreciative of getting the chance to have that last-second shot and to finish the game off with the steal.”

It was a fitting end to a 29-3 season in which young, older and oldest had to learn to play as one. Once that happened — after roles were defined through daily, highly competitive practice battles — the Pioneers took off and won their final 16 games.

Twenty-five years later, there is touch of gray in some hair. Waistlines don’t match up with those in the team photo. In some ways, that makes it sweeter a quarter century later.

U High honors 1995 state championship team. Quite a group. It was a fun ride to cover. pic.twitter.com/XJFxByPWlg

Asked if he thinks about that March night in Champaign, DJ Hubbard said, “All the time.”

“When life can be tough, this is something to remember and appreciate,” said Hubbard, nephew of the head coach and a senior forward in 1995. “What I miss is just having that team that has your back at all times, that rapport you have with the guys.

“We were all kind of fighting each other for starting positions, for time. But then we all kind of fell into roles and earned each other’s respect and became good friends.”

Respect is a good word. Jones and fellow sophomores Jeremy Stanton and Jonah Batambuze had to earn it from their older teammates.

They did it first in practice and later in games. When the season found its wings, it was with Jones, Stanton and Batambuze starting alongside senior cousins DJ Hubbard and Nathan Hubbard, Cal Hubbard’s son.

Among the top reserves were seniors Jason Graf and Jason Naffziger and juniors Kurt Olson, Eric Schlipf and Matt McClintock.

“The older guys obviously wanted those starting roles too, so there was a lot of competition internally, which made us better in the long run,” said Stanton, later a four-year starter at Evansville and now U High’s boys soccer coach. “We were competitive for those spots, but they also were accepting of us younger players.

“No one cared about points or who had the most rebounds. It was about winning.”

Even when Aurora Christian took a 51-38 lead with seven minutes left, it was about winning. “You could see it in their eyes," Cal Hubbard said. "They never quit.”

Still, Nathan Hubbard occasionally watches the game on YouTube and each time wonders: “Are we going to pull this out?”

“It’s nerve racking still to watch it,” he said. “It’s such a great comeback. We had a bunch of fighters. We weren’t the most athletic group, but we played hard all the time.”

Ten of the 13 players were on hand Friday, a group that included then-junior reserve Darrin York, now U High’s boys golf coach. Those who could not make it — Batambuze, Nitai Spiro and Andy Matthews — all were out of the country, Cal Hubbard said.

He was a proud papa Friday, in part because sons Neal, Nathan and Seth were there, but also because that season meant so much to his former players.

At midseason, it came together.

“We were all in different grades and came from different areas. We were like three teams in one at the beginning of the season and by the end we were one team,” Jones said. “That’s what made us great.”

After what Coach Andrew McDowell called a "soft" first half, University High School's basketball team rebounded in the second half to earn a hard-fought 53-47 win over visiting Springfield.

U High's Stanton earns national Coach of the Year honor

NORMAL — Jeremy Stanton racked up his share of awards as a player at University High School, earning all-state recognition in soccer and baske…

NORMAL — Cal and Vivian Hubbard of Normal celebrated their 50th wedding anniversary with a trip to Hawaii and a family gathering at home. 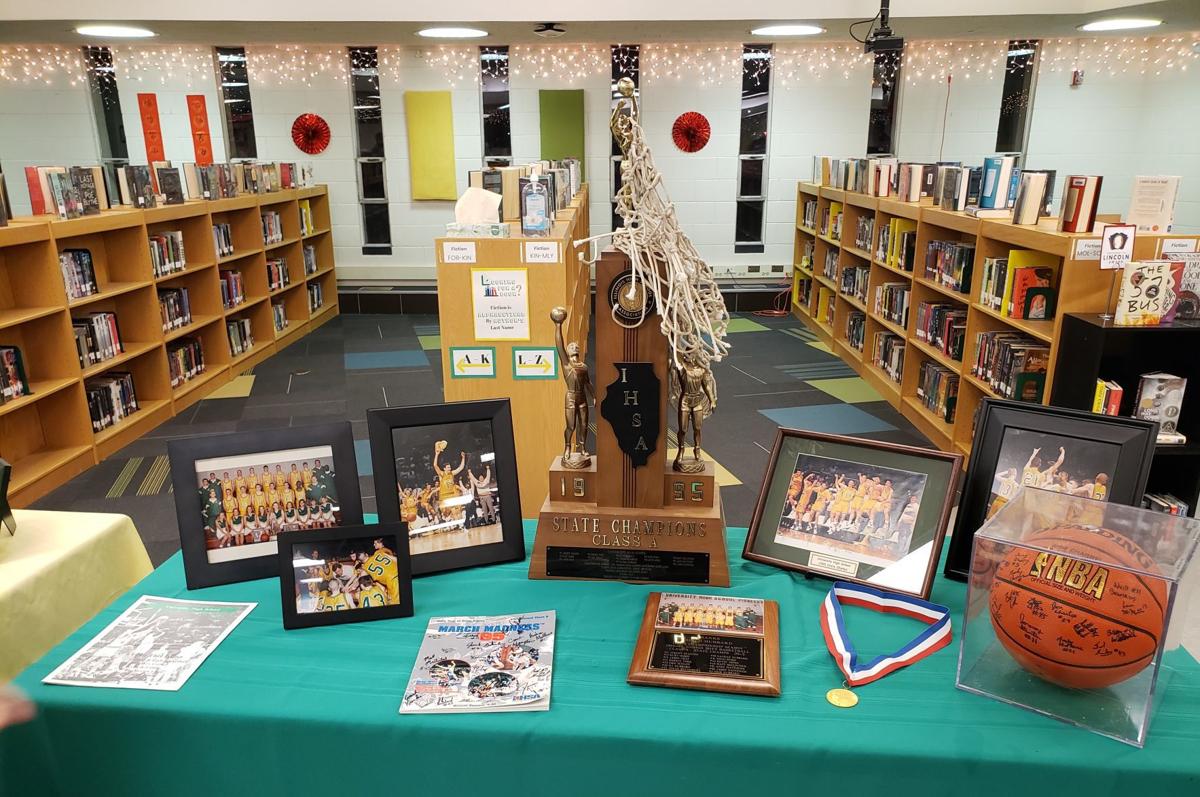 University High School's 1995 Class A state basketball championship trophy is surrounded by memorabilia from that season at a reunion of the team Friday, Jan. 31, 2020, in the library at U High. 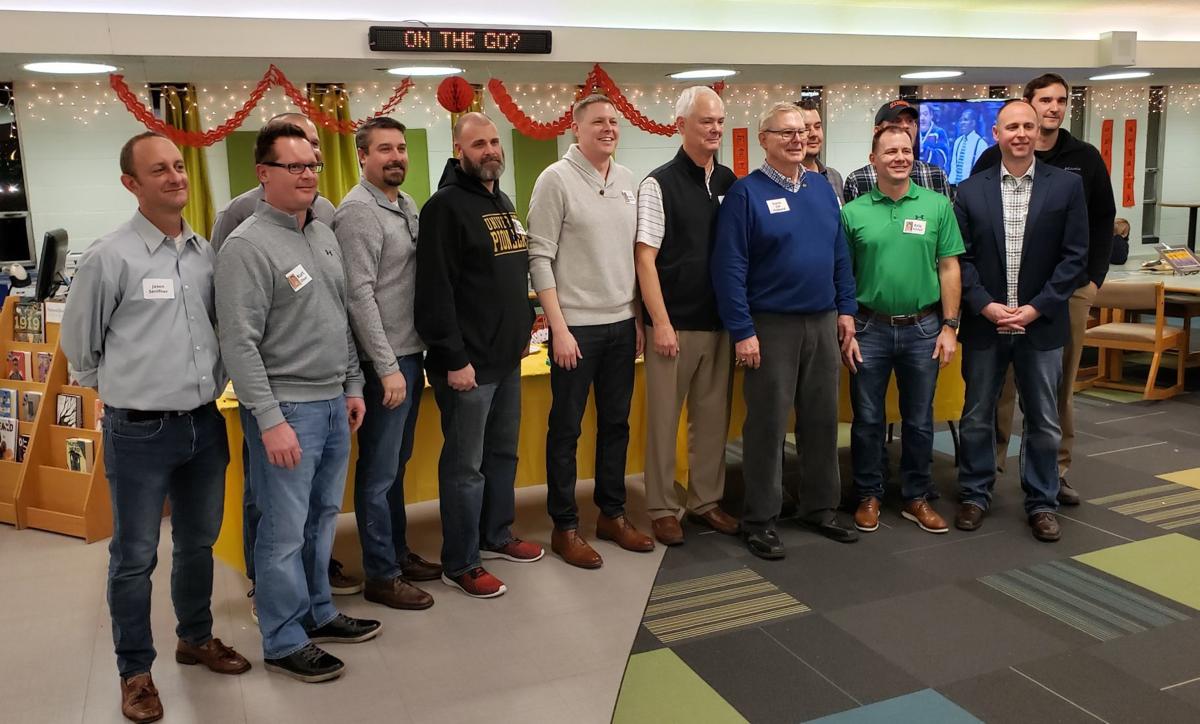 Players and coaches from University High School's 1994-95 Class A state championship basketball team celebrate the 25th anniversary of their title on Friday, Jan. 31, 2020, in the library at U High.