To John Snyder, he was a buddy and teammate at Cornell High School, creating a bond that lasted more than 70 years.

For Chris Coyne, he was the stern voice and steady hand who taught him the value of hard work, one fingertip push-up at a time.

To Gary Brunner, he was a mentor and friend who provided sage advice for coaching and, well, life: “Just always tell them like it is.”

That was Jack Murphy, a Hall of Fame basketball coach, Army veteran and family man who treated everyone the same: with honesty, integrity and a desert-dry sense of humor.

Murphy, 88, died Saturday at his home in Pontiac after battling cancer. His loss extends beyond the family he loved dearly to the school and community he embraced upon arriving as boys head basketball coach in 1977.

“He positively influenced a lot of kids at Pontiac Township High School,” Coyne said. “He was a huge influence on my life and where I am today.”

Coyne and his teammates had shortly cropped hair in an era of flowing locks. That was Murphy’s call. It represented the discipline of his Army days and was in line with a college coach he respected.

“He was a Bobby Knight fan,” Coyne said, referring to the former Indiana University coach. “He worked Bobby Knight’s basketball camps. He made us do fingertip push-ups and when we ran sprints — which was every day and often and for a long time — we would have to have our hands up with our elbows equal to our shoulders.”

Murphy wanted your hands up on defense at all times.

It made for grueling practices, but there were benefits. The 6-foot-2 Coyne was in the best shape of his life. A 190-pounder in football, he got down to 178 in basketball. Also, the practices were so hard, the games seemed easy.

And there was this:

“Other than my own father (Ron), for my work ethic Coach Murphy was the next-most influential person in my life,” Coyne said. “He was the best coach I had growing up, hands down.”

Technically, “hands up,” but the impact was clear.

Snyder knew Murphy long before all of that. They became best friends in 1946 when Snyder entered Cornell High School as a freshman. Murphy was a sophomore and the two “hit it off” real well, Snyder said.

After both served in the Korean War — Snyder in the Marines, Murphy in the Army — they roomed together at Illinois State with Chuck Rolinski and Bob Witt. All became IBCA Hall of Fame coaches: Snyder at Central Catholic, Rolinski at Toluca and Witt at Decatur Eisenhower.

“We were good friends,” Snyder said of Murphy. “He was a good guy, a good coach and a good person. For me, it’s like part of my life is gone now. That’s normal for people my age (also 88). But I miss him.”

It was Murphy who convinced Snyder to join the Marines. They enlisted together in Bloomington and went to Chicago for a physical. All went well until Murphy, who was directly in front of Snyder in a long line of enlistees, flunked his eye exam.

A few hours later, Snyder was on a train to California for boot camp. Murphy was back home in Cornell. Murphy enlisted in the Army soon after and passed his physical. Both men saw combat duty in Korea, with Murphy later becoming president of the Livingston County War Museum.

As with basketball, he poured heart and soul into that role. Brunner, now the Pontiac athletic director, considered Murphy “a pillar of the community” long after he stopped coaching.

Murphy persuaded Brunner, a boys assistant basketball coach at the time, to take over as girls head coach shortly after Murphy retired.

“He was one of those straight shooters,” Brunner said. “His greatest advice was, ‘Just always tell them like it is. Don’t sugarcoat it. If they can’t handle it, then they shouldn’t be playing for you.’ He was old school. He always told everybody exactly how it was.”

Murphy once applied for a coaching job in Indiana. He later told Brunner how it went down.

“The board had him there and said, ‘If you have five guys, the tallest one is 5-11 and they’re not very fast and they don’t shoot very well, what can you do with them?’” Brunner said. “Jack goes, “Lose.’

“He said, ‘Obviously, I didn’t get that job. That’s not what they wanted to hear. But that’s what they asked me.’”

So he told them … straight up, no hesitation, no regrets.

“That’s just the type of guy he was,” Brunner said.

And why he’ll be missed.

Kindred: Erik Hubbard's presence remains strong with his family 28 years after his death

Who was Erik Hubbard? He was a 12-year-old with compassion for others, an undeniable spirit, wisdom beyond his years and headaches that would …

Kindred: High school seniors deserve chance to finish their careers on the field

Years later, the chance to end a high school career on the baseball field is still cherished. Here's hoping this year's spring sport seniors get the same opportunity.

It was 1984 and the Chicago Bulls — a professional basketball team — were practicing in an old grade school gym on the city’s north side. The …

Wherever he was, Bob Metcalf was always thinking about basketball. His former players never forget the basketball and life lessons the former University High School coach taught them as Metcalf passed away this week at 93.

With high school spring sports being called off because of the COVID-19 pandemic, the Pantagraph has canceled the All-Star Baseball and Softball games. 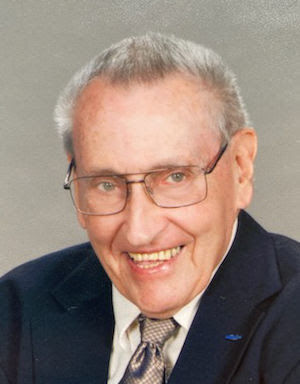