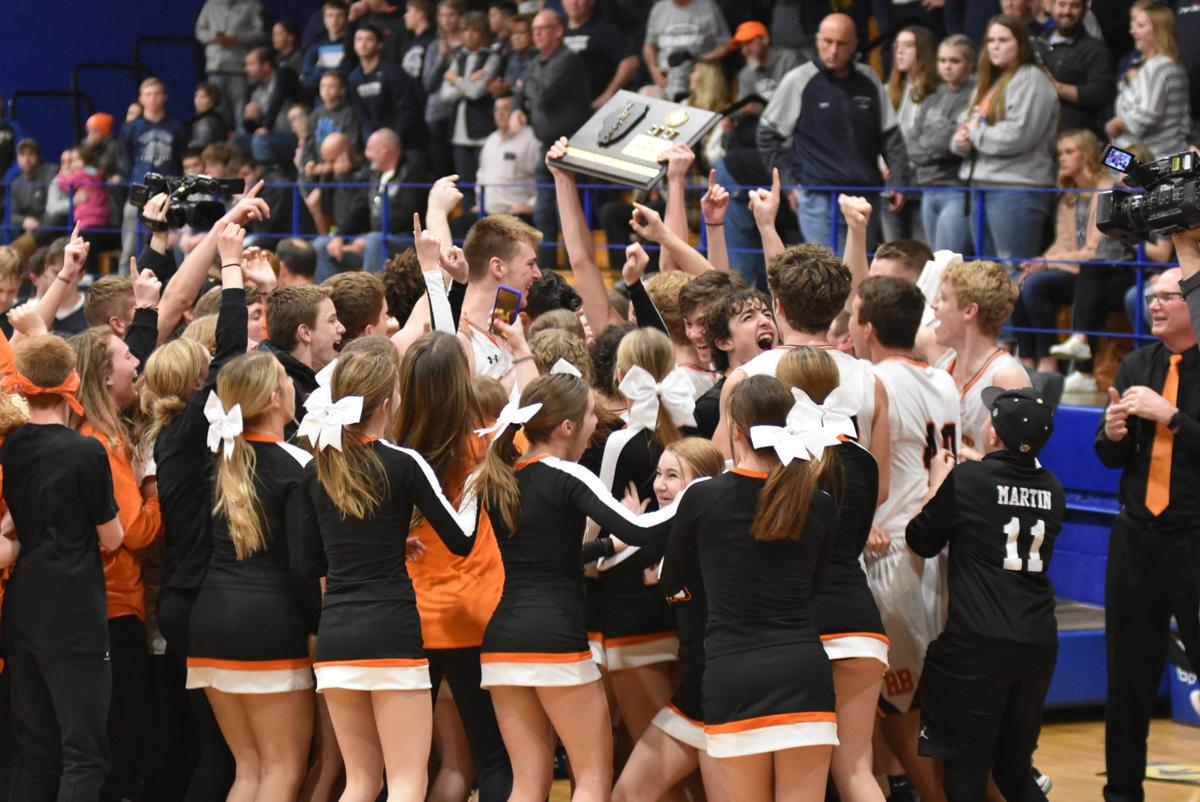 The Roanoke-Benson High School basketball team and its fans celebrate with the Class 1A Danville Schlarman Sectional championship plaque after the Rockets' 38-32 victory over Ridgeview on Friday, March 6, 2020. 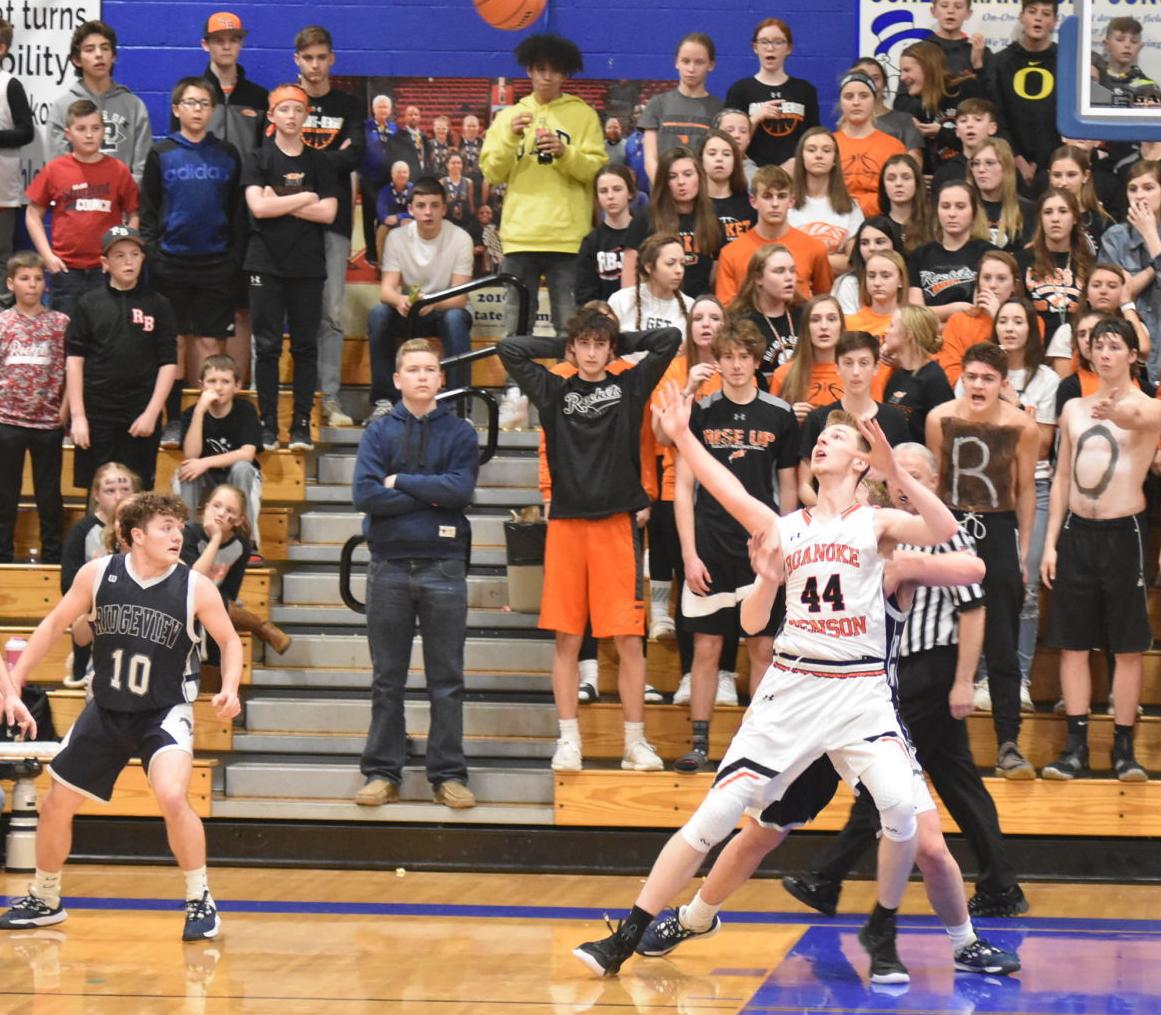 That much was confirmed by Roanoke-Benson High School's 38-32 victory over Ridgeview in the Class 1A Danville Schlarman Sectional final on Friday.

"Every possession is worth its weight in gold," said Ridgeview coach Rodney Kellar. "I thought we played possession by possession pretty well and executed, and they just had a couple more baskets than us at the end of the day.

"That's a great team. For Roanoke to persevere through the season they've had and only lose once with everybody gunning for you, they represented themselves and their conference really, really well. Good luck to them going forward."

The No. 2-state ranked Rockets (35-1) will take a 17-game winning streak into Tuesday's 7 p.m. Illinois State Super-sectional at Redbird Arena where they will face Chicago Fenger (20-14). The Rockets' previous sectional titles came in 1977 and 1986.

Ridgeview, which was shooting for its sixth sectional crown, ended the season at 25-10. The Mustangs also lost a 44-36 Feb. 4 contest to Roanoke-Benson, which used a lot of man-to-man defense that night, but played plenty of zone on Friday.

The Rockets were led by 6-foot-8, 205-pound junior Luke Braman, who finished with 13 points and nine rebounds. His inside hoop with 41 seconds left gave Roanoke-Benson a 36-32 lead.

"The 3 by Joel Weber (to put R-B up 30-27), our sophomore and brother to Jack, was a huge shot that we needed to get a little bit of relief from a pressure situation," said Rocket coach Abe Zeller, who saw Braman make 6 of 9 shots from the field.

"To have (Braman) in the middle both offensively and defensively is obviously one of the reasons why we're where we are at."

Roanoke-Benson also got nine rebounds from Trent Weldon en route to a 30-19 advantage on the glass.

"I'm super excited," Braman said after being mobbed by fans. "I hope we can do more. We want to get farther and farther and win state.

"Ridgeview was really tough. They are physical. They really went hard. Our fans were amazing, but they've been amazing all year."

Jack Weber chipped in 10 points for the Rockets, including a rebound basket to put them up, 34-30, with 1:42 left. Later while wearing a net around his neck, he was asked to describe his emotions.

"I don't even know right now," he said. "My emotions are everywhere."

A tense first quarter ended in a 6-6 draw, but three-point plays by Jack Weber and Braman sandwiched around a Braman inside basket helped Roanoke-Benson go up 14-8.

A Zachary Cavinder free throw followed by a Dylan Jones layup and Levi Zimmerman 3-pointer pulled Ridgeview into a 14-14 tie with 3:13 left in the second period. Roanoke-Benson then got 3-pointers from James Early, Jack Weber and Joel Weber en route to a 23-17 halftime advantage.

"I couldn't be more proud of these guys to get this done," said Zeller, whose team was outscored in the third quarter, 8-4. "Defense has been our key all year."

The Mustangs were held to 31.6% field goal shooting and forced into nine turnovers. The Rockets shot 41.7% and survived 14 turnovers, including seven during a 8-0 Ridgeview run that tied the game at 27 with 6:24 left.

"I knew it was going to be a grind," said Zeller, who praised his counterpart. "There is nobody I have more respect for and think the world of more than Hall of Fame coach Rodney Kellar and his staff. I knew those guys were going to be prepared. "

"That's the script of 13 guys," he said. "They just kind of persevere. They had a trust level in each other. That's pretty special when you have that. That's what got us to this point ... that closeness, that togetherness. It's an impressive young group of men."

Kellar liked his team's chances when it was within two of the No. 2 team in the state with 1:36 left.

"We had a couple opportunities, a couple good looks," he said. "It seemed like we were battling uphill all night, but the kids stayed with it.

"Defensively, I thought we did what we needed to do. I thought if the game was in the 40s, we'd have a chance. It was in the 30s and we had a chance. That's sectional tournament basketball right there."

Roanoke-Benson's basketball team standing tall at 15-0 and a No. 2 state ranking

Luke Braman says he's 6-9. His coach and the roster indicate 6-8. No matter, at 15-0 Roanoke-Benson's basketball team is rising above opponents.

Second-ranked University High was upset by Petersburg PORTA in Class 2A sectional play.

One more win. That's what Roanoke-Benson and Fieldcrest need on Tuesday night to punch their tickets to the state basketball Final Four in Peoria.

Roanoke-Benson defeated Chicago Fenger to advance to the Class 1A State Tournament.

ROANOKE — With so many from Roanoke (pop. 2,065) and Benson (423) expected to be elsewhere on Friday and Saturday, Jack Weber has a suggestion…

The Roanoke-Benson High School basketball team and its fans celebrate with the Class 1A Danville Schlarman Sectional championship plaque after the Rockets' 38-32 victory over Ridgeview on Friday, March 6, 2020. 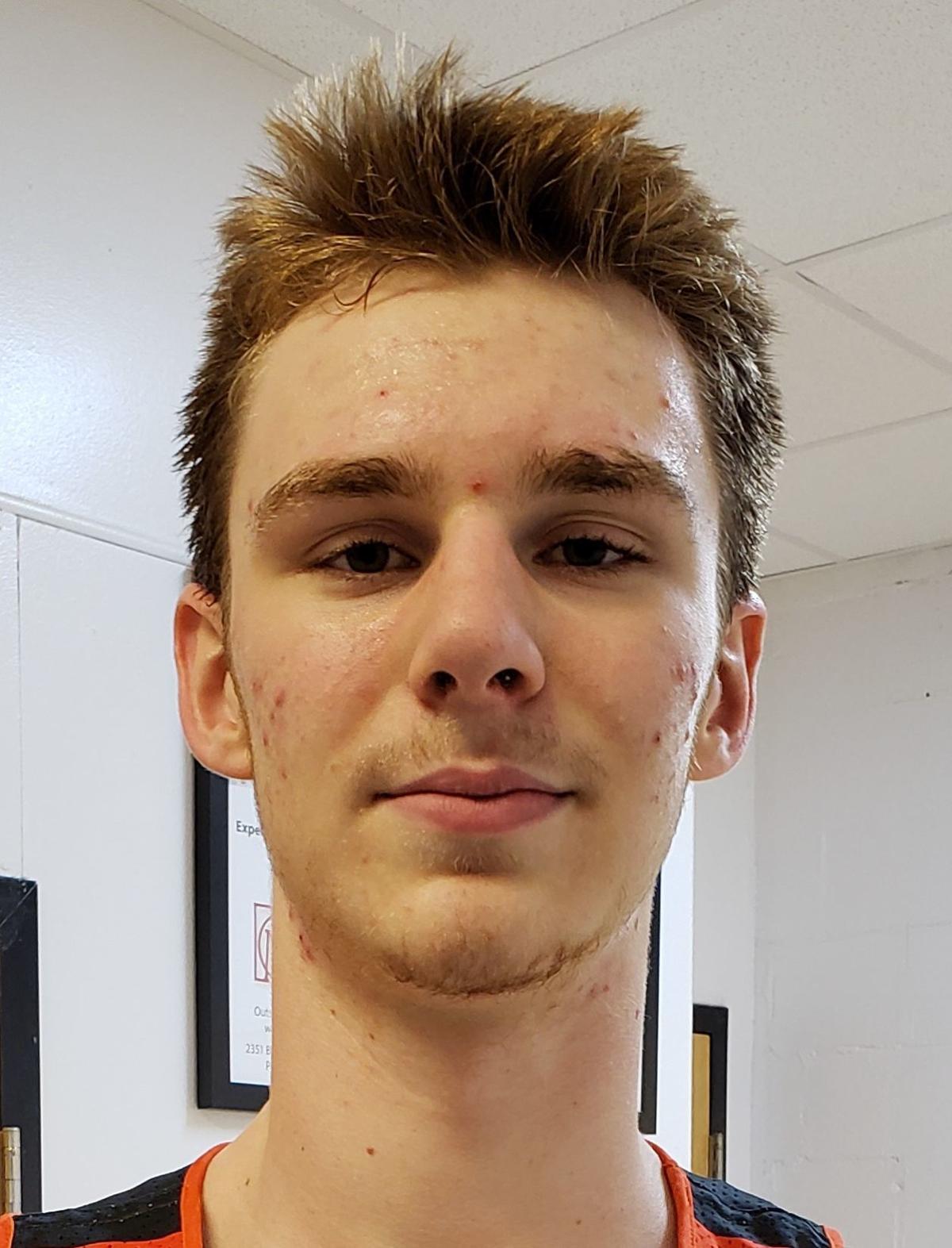 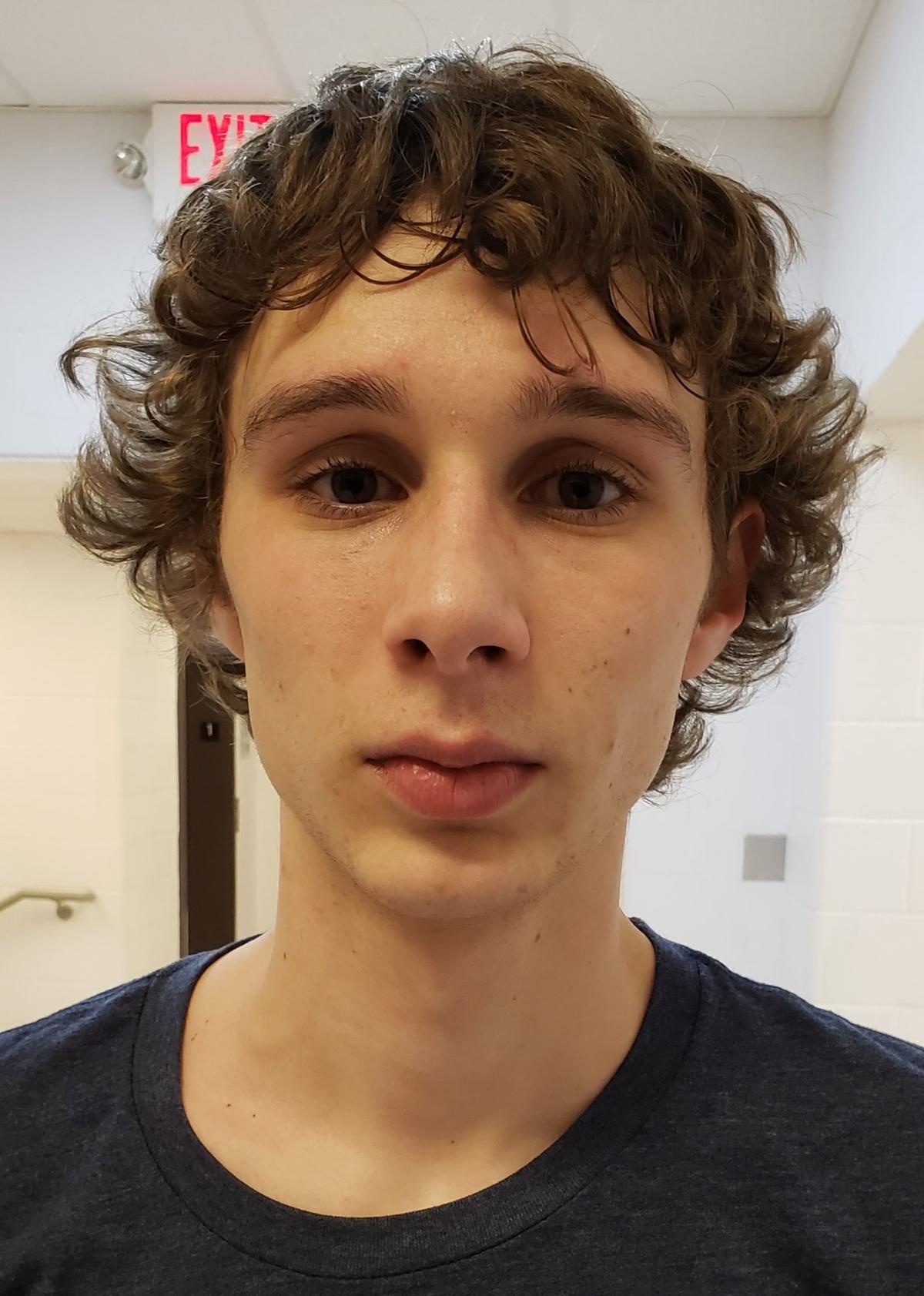