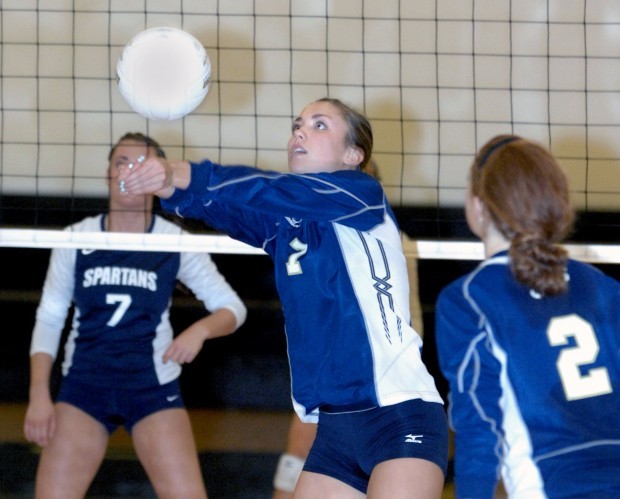 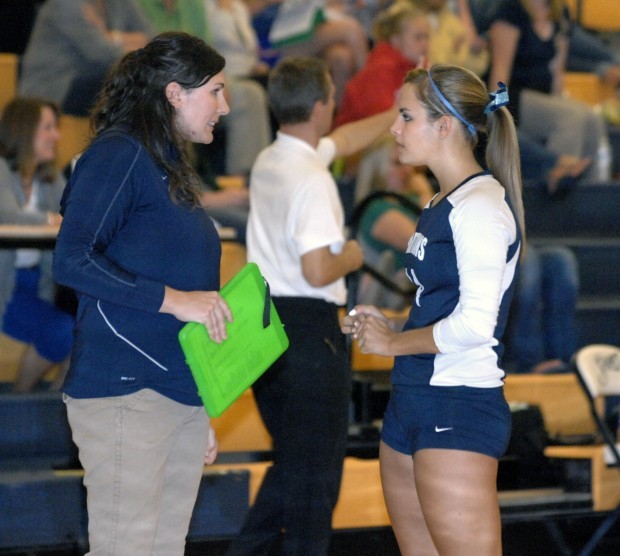 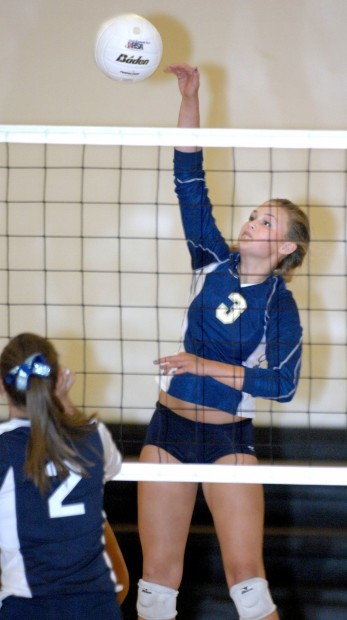 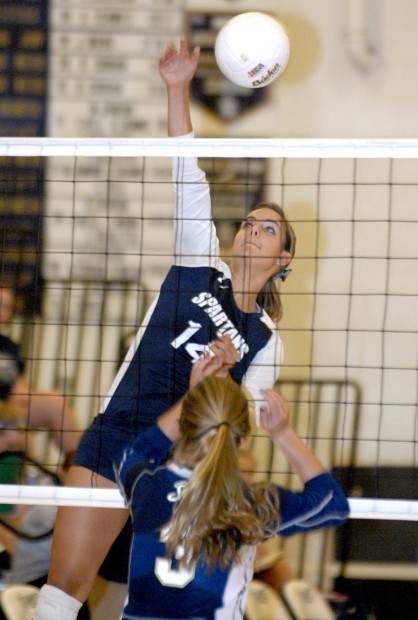 BLOOMINGTON — There wasn’t much that separated the Olympia and Central Catholic high school volleyball teams on Thursday night, but there was something.

“We just tried to dig up the balls and it frustrated them a little bit.”

The Spartans, who improved to 14-5 overall and 3-1 in the Corn Belt Conference, finished with 70 digs.

“I think in the end our passing is what saved us,” said Olympia coach Laura Ludwig. “We were able to get the ball in system a lot.”

Central (6-3, 2-1) got the ball to the University of Illinois bound Danielle Davis, who finished with 16 kills and 18 digs.

“They are tough,” said Ludwig of the Saints. “They challenged us in ways we haven’t been challenged. It’s fun to watch two really great outsides go against each other and put the ball down.”

Ross hit a sizzling .393 while teammate Alex Ewalt added 17 digs, eight service points and four aces. Janelle Canopy also had four of the Spartans’ 10 aces to soften the sting of their 14 service errors.

“This group, in general, they are just really dedicated,” said Ludwig, who watched Morgan Wheeler notch 36 assists. “Every time they walk into practice, they want to get better. They are so eager to be respected. It’s been a lot of fun coaching them.”

Olympia, a Class 2A team last year, is in 3A with the Saints this season.

“They want to show we’re still a really good team no matter what we got bumped up to,” Ludwig said.

The Saints almost bumped off their guest as Paige Flannelly served for match point at 26-25 in game two, but teammate Molly McGraw hit into the net to tie the score.

Olympia forced a third game after Ali Haesele killed an over pass and then joined Wheeler to block Davis.

“I think they played better defense and passed better than we did,” said first-year Saint coach J.R. Banister. “Our serve receive was awful tonight.”

It didn’t seem so bad when a series of Ross missiles were returned late in game one, which ended on a Davis kill.

The Spartans sprinted to a 17-9 lead in game three with help from six kills by Ross.

“I wonder if we made her look better than what she is,” Banister said. “We tried to get in her head a little bit by blocking her, but it just seemed like they went to her all the time.”

When Ross got stuck in the back row, the Saints crawled within 19-18, but could never force a tie. The match ended on a Wheeler kill.

The Saints’ Caroline Holt finished with 30 assists and 18 digs while Danielle Moore and Megan O’Donnell each had six kills.

“It was a good learning match for us,” Banister said. “I think we need to see it’s not going to be a walk in the park.”

What happens if the Suns do not have Chris Paul for the Western Conference Finals?

What happens if the Suns do not have Chris Paul for the Western Conference Finals?

Is there any value in the National League East?

Is there any value in the National League East?