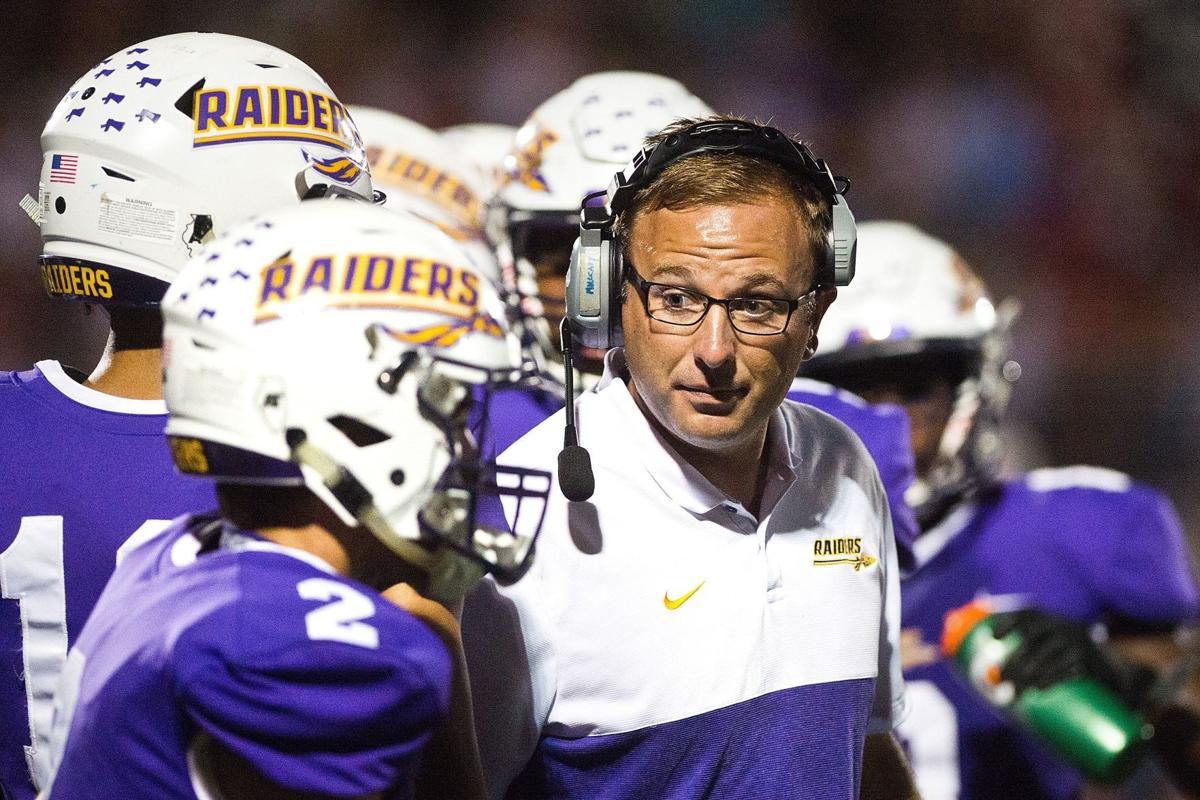 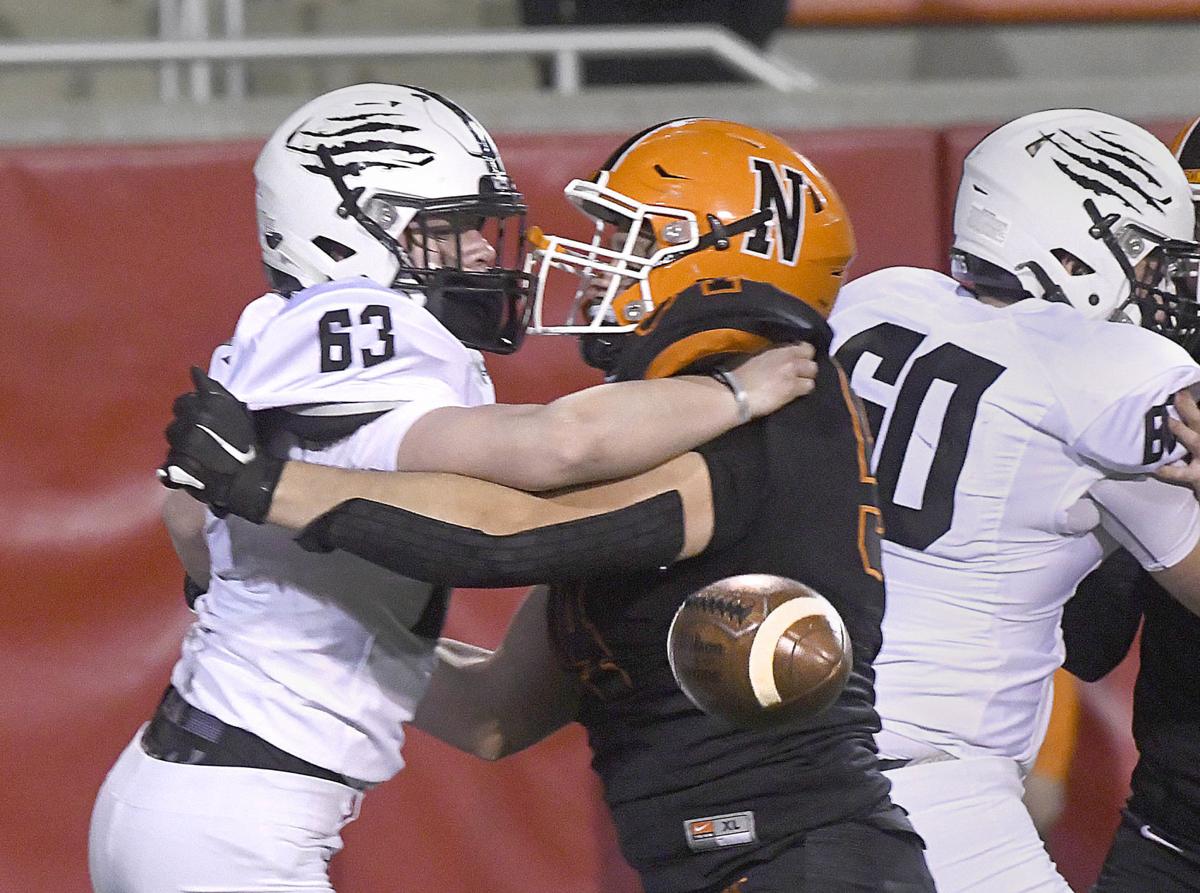 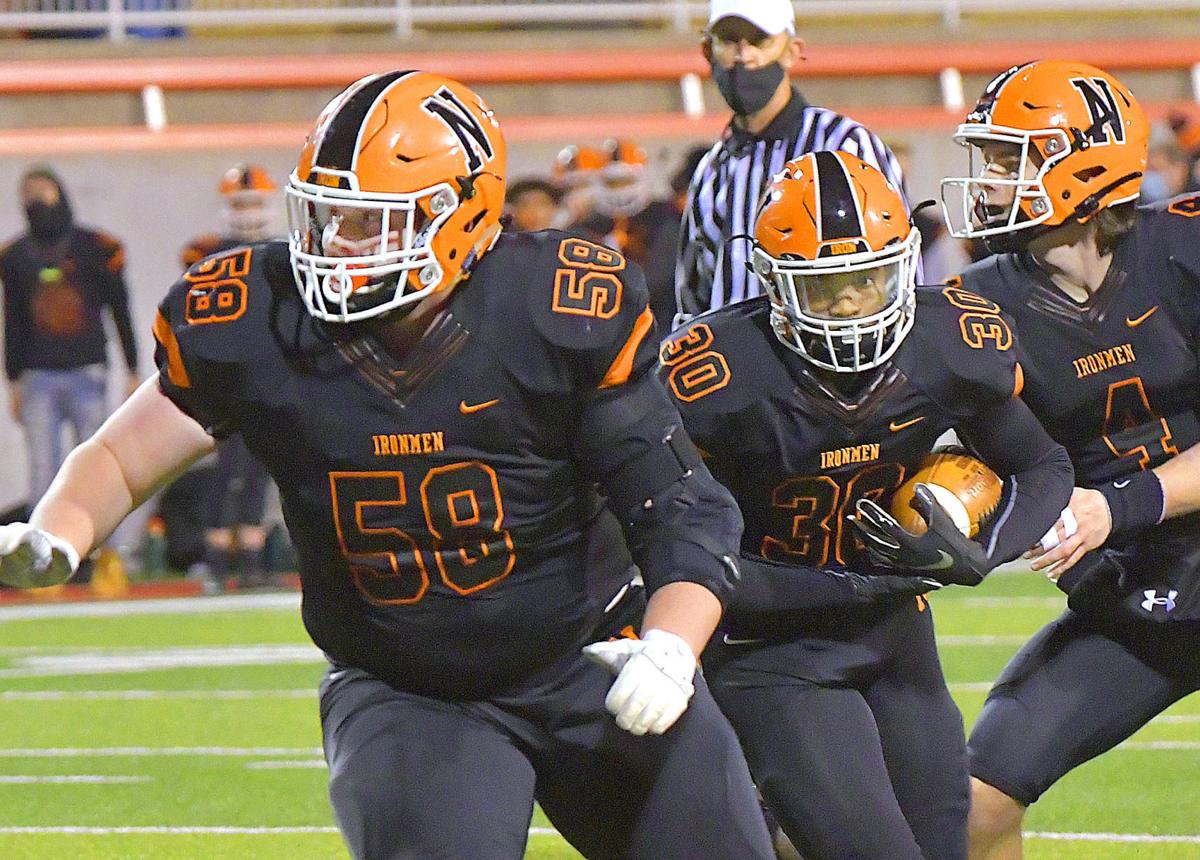 Bloomington High School football coach Scott Godfrey has only one Normal Community game to study in preparation for Friday’s 7 p.m. Intercity clash with the Ironmen at Fred Carlton Field.

Yet Godfrey believes he has a lot more information at his disposal than just NCHS’ opening 14-0 win over Normal West.

“It’s kind of odd with them being off to have one film from two weeks ago to judge them,” Godfrey said. “But when you’re playing Normal, in my experience, you prepare for a solid, hard-nosed football game no matter what. The players change but the program speaks for itself.”

NCHS is grateful to be back in action after being forced to cancel last week’s game against Quincy Notre Dame because of two positive tests for COVID-19 and the resulting contact tracing.

Ironmen coach Jason Drengwitz said his team will be without eight players Friday, with the group being a combination of starters and reserves. The Ironmen are ranked No. 9 in Class 7A.

“Absolutely, we are a little short handed. But we’ve got good numbers in our program. That helps us prepare for situations when guys are out,” said Drengwitz.

“I feel good about our depth. We’re not full strength, but I feel like we can be competitive. Bloomington will present a challenge whether we’re full strength or a little short handed.”

BHS is 0-2 after losses to Quincy Notre Dame and Normal West.

“I love our attitude and our approach. Guys come to work every day and bust their butts,” Godfrey said. “They are really handling an 0-2 start well. I still believe this team is really talented, one of the stronger teams I’ve ever coaches. But we haven’t gotten it done.”

The Raiders have committed eight turnovers.

“If we cut down on some of the small mistakes, we can still come out and compete with the best teams in the league,” said Godfrey.

BHS quarterback Ben Wellman has completed 22 of 50 passes for 209 yards and has been intercepted five times. Walker Burns is the top rusher with 174 yards, while Jacob Sanchez has a team-high eight receptions for 73 yards.

“I love their quarterback,” Drengwitz said. “Ben Wellman is tough, gritty and finds ways to make plays with his feet and arm. I’m impressed with him, and they’ve got some outstanding skill guys with speed and shiftiness.”

The Ironmen were limited to 145 yards of total offense against West as quarterback Chase Mackey connected with Jackson Wiggins for two touchdown passes.

“You typically make your biggest improvement from week one to two because you’re not sure what you’ve bot until you play week one,” said Drengwitz. “We’ve been able to fine tune some things we need to get better at.”

Entering the 115th game of an all-time series that began in 1897, BHS holds a 63-43-8 edge. NCHS, however, has won seven straight over the Raiders while scoring 33 or more points each time.

“We’re happy to have a game, especially a rivalry game on our home field,” Godfrey said.

The Ironmen have a 1-0 record but are considered 1-1 for seeding purposes for the upcoming Big 12 Conference Tournament.

West is home to face Quincy Notre Dame in a 1 p.m. kickoff on Saturday.

The 1-1 Wildcats face the 2-0 Raiders after come-from-behind wins over Bloomington and Belleville West, a game QND picked up after the NCHS cancellation.

“We’ve got the guys. It’s a matter of putting it together,” said Fincham. “As the season goes on, I think we’ll get stronger and stronger.”

Fresh off a 49-6 pasting of Springfield Southeast, University High travels to Rochester for a 7 p.m. game Friday. The 2-0 Rockets are the No. 1-ranked team in 4A and the reigning 5A state champions.

“We’re a senior-laden bunch and we’ve got some good players,” U High coach John Johnson said. “Our confidence level is pretty high, but we are playing the state champs so we’ve got our work cut out for us. They are very efficient in all phases of the game. They wait for you to make mistakes and boy, they take advantage of it.”

The Pioneers (1-1) were effective on the ground and through the air against Southeast. Peter Deffenbaugh rushed for 159 yards and two touchdowns, and Cam Barclay completed 12 of 23 passes for 262 yards and three TDs.

The big game in the Heart of Illinois Conference sends Fieldcrest to Eureka for a 7 p.m. game Saturday at McCollum Field.

Both offenses have been prolific. The Knights have received 264 yards rushing from Jaxon Cusac-McKay 207 yards passing from Cory Land and 134 yards receiving from Henry Lorton.

Eureka quarterback Matthew Martin has rushed for 170 yards and passed for 386 while completing 20 of 33 passes. Hunter Bachman has 132 yards on the ground and Jett Bachman 177 yards on nine receptions for the Hornets.

Normal West's tall receivers had a big night in the win over Bloomington.

Normal Community announced its Friday home football game against Quincy Notre Dame has been canceled because of COVID-19 protocols at NCHS.

Beating arch-rival Normal West was a little more sweet for Normal Community after not knowing if there would be any kind of football season.

Bloomington defeated Normal Community for the first time since 2012

BLOOMINGTON – At 5-foot-10, 210 pounds, Bloomington High School’s Ean Haggerty is a power back.

What we learned from Week 3 of prep football

DANVILLE — The Normal Community High School football team rushed out to a 24-0 halftime lead and turned away Danville, 31-14, Friday in a quar…

NORMAL — Springfield Lanphier High School football coach Don Goff wanted to get the football “to our best athletes in space.”