GIBSON CITY — On the list of things bogged down by the pandemic, interest in Aidan Laughery is nowhere to be found.

While most are enduring a summer of discontent, the rising Gibson City-Melvin-Sibley High School junior has collected football scholarship offers from the University of Illinois and Washington State while also drawing interest from Purdue, Michigan, Iowa State and Texas A&M among others.

"It's a blessing definitely," said Laughery, who is grateful for his status as a wanted man. "Not a lot of people are in my position and I realize that. It's super cool to be able to have those offers.

"I'm thankful for everybody that's helped me out along the way. It's not over yet. I've still got to keep working. We'll see what other offers I get. It's definitely cool to have two before my junior year."

Laughery's exceptional speed as a running back and free safety makes it easy to imagine him in a college uniform.

"Speed is one of those ingredients that coaches like," said 20th-year GCMS coach Mike Allen.

Allen watched the 5-foot-11, 185-pound Laughery motor for 1,279 yards and 22 touchdowns as a sophomore when he also intercepted three passes for a 9-2 team. He earned first team Pantagraph All-Area honors as a kick returner. As a freshman, he carried 56 times for 377 yards and five TDs for a 14-0 state championship squad.

"I think by the time he leaves here, he has an opportunity to break most of the records for running back," said Allen, noting that recruiters envision Laughery as an H-back or tailback.

Laughery's explosiveness and endurance were evident in the spring of 2019 when he placed fourth in the Class 1A state 200-meter dash and seventh in the 100 besides running on the third-place 800 relay and seventh-place 1,600 relay. He expected much more this spring before the pandemic brought sports to a halt.

"It was tough," said Laughery of his lost track season. "I didn't really expect it. I'd been training since football got over. I was really looking forward to it. I really wanted to win state in the 100 and 200, which I think I would have."

"I'd get the ball and be gone, scoring in like three seconds," he said. "That's when my parents were like, 'This kid's kind of different.'"

By the time the kid was in eighth grade, he was an IESA state champion in the 100 (11.51) and 200 (23.28). That was the year he began working with Coach Marques Lowe of the Champaign-based Vipers Track Club.

"He's somebody I always talk to about recruiting," Laughery said. "He's not just a coach to me. He's one of my good friends and that's how he is to everybody that he trains. I really can't thank him enough. He definitely knows what he is doing."

"They are always at all my events," Laughery said. "It's awesome having a family that loves me like that."

"He did some things last year as a sophomore at running back that I haven't seen and we've had some pretty good running backs come through here," Allen said.

Against Fieldcrest, Laughery sped down the sideline where a defender was waiting.

"He jumped up in the air, did a stutter step up in the air and then when he landed, he landed on his outside foot and cut back inside (to gain 25 more yards)," Allen remembered. "Everybody was like 'what did he just do?'"

When it comes to power, Laughery doesn't loaf in the weight room. He recently bench pressed 225 pounds 10 times.

Allen insists "he's our fastest football player on the team, but he's one of the strongest if not the strongest, also."

Even as a freshman, Laughery wasn't shy about contact. Most of his varsity carries that year came in lopsided games in which Allen's sportsmanship demanded backs run between the tackles.

"We did not throw him into the mix (immediately)," Allen said. "We just wanted to make sure that he would — like any other player — earn his spot at the varsity level, but also earn the respect of the other players.

"He worked hard. His attitude was great. I went to talk to the captains and before I could even get it out of my mouth, they were like, 'Coach, we need him. Bring him up.'

"Everything he got, he earned, and that's why the kids accepted him. That was really cool to see."

Laughery will have to cool his jets now that the IHSA has postponed the football season until Feb. 15.

Should the Falcons get bogged down deep in their own territory, they already know the next play could go all the way.

Who made the Pantagraph All-Area football team? Here's your answer. Take a look and see.

Sophomore Aidan Laughery gained 235 yards on the ground and scored five touchdowns to lead the Class 2A, No. 1-ranked Gibson City-Melvin-Sible…

Ridgeview-Lexington's Barr on top twice in 1A state track finals 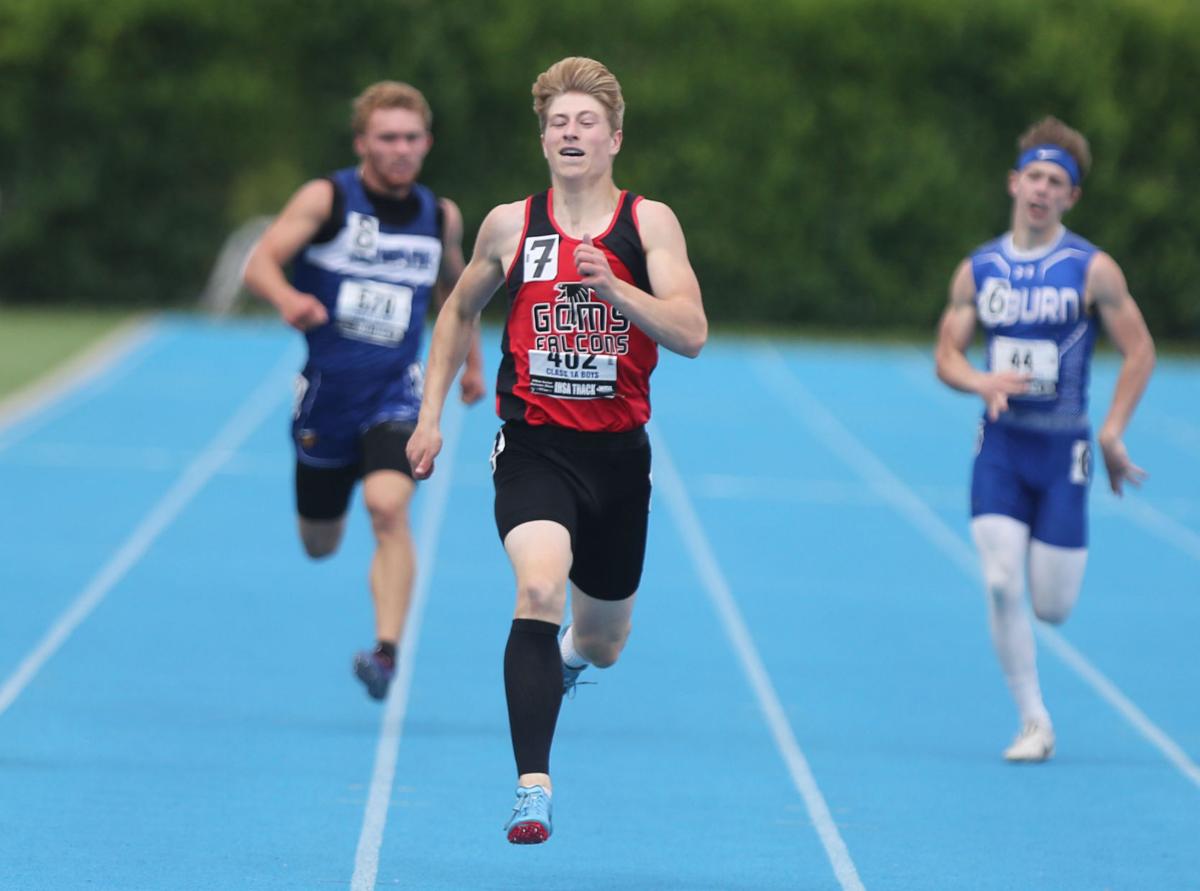 As a freshman, Gibson City-Melvin-Sibley High School's Aidan Laughery starred in four events during the state track and field meet in 2019 at Charleston. 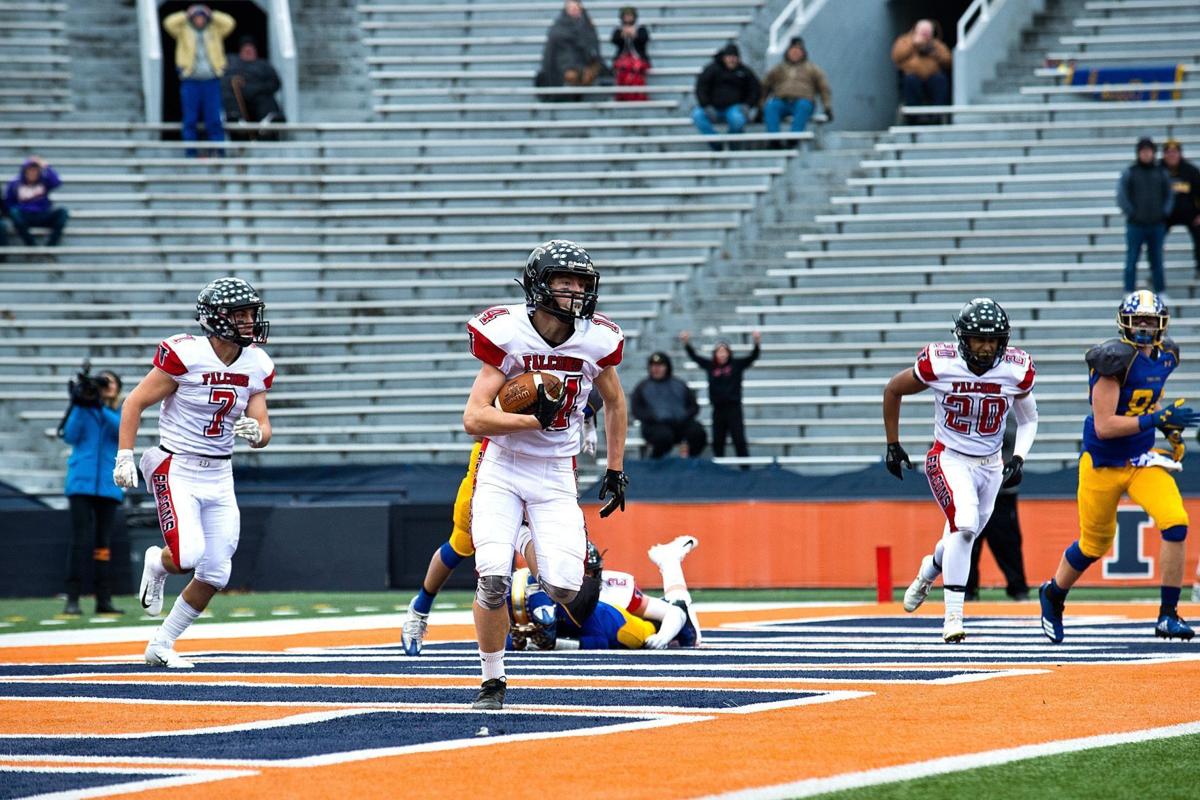 Gibson City-Melvin-Sibley High School's Aidan Laughery carried the ball 56 times for 377 yards and five touchdowns on a 14-0 Falcons team that captured the 2018 Class 2A state championship at Champaign. 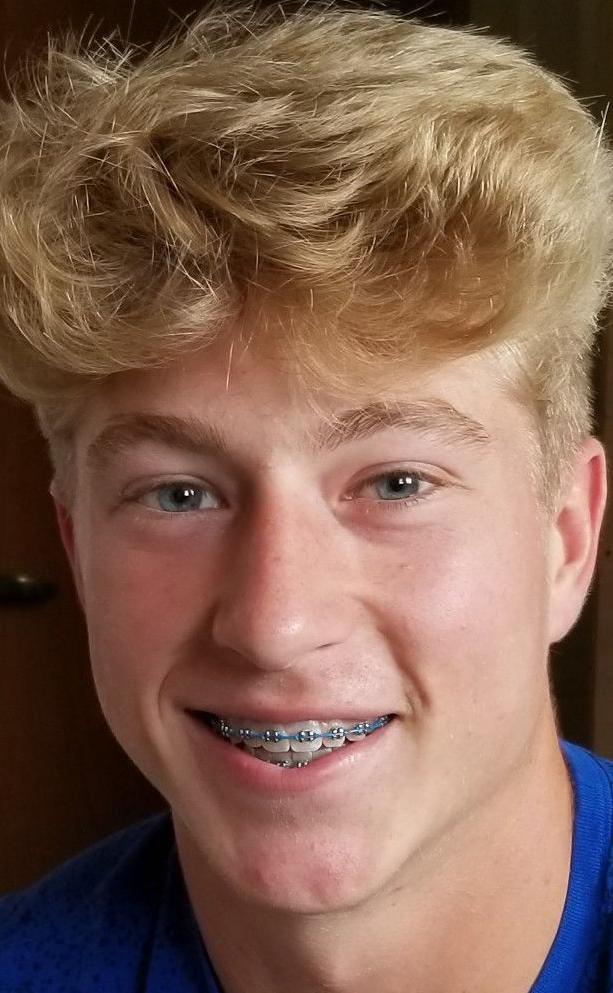