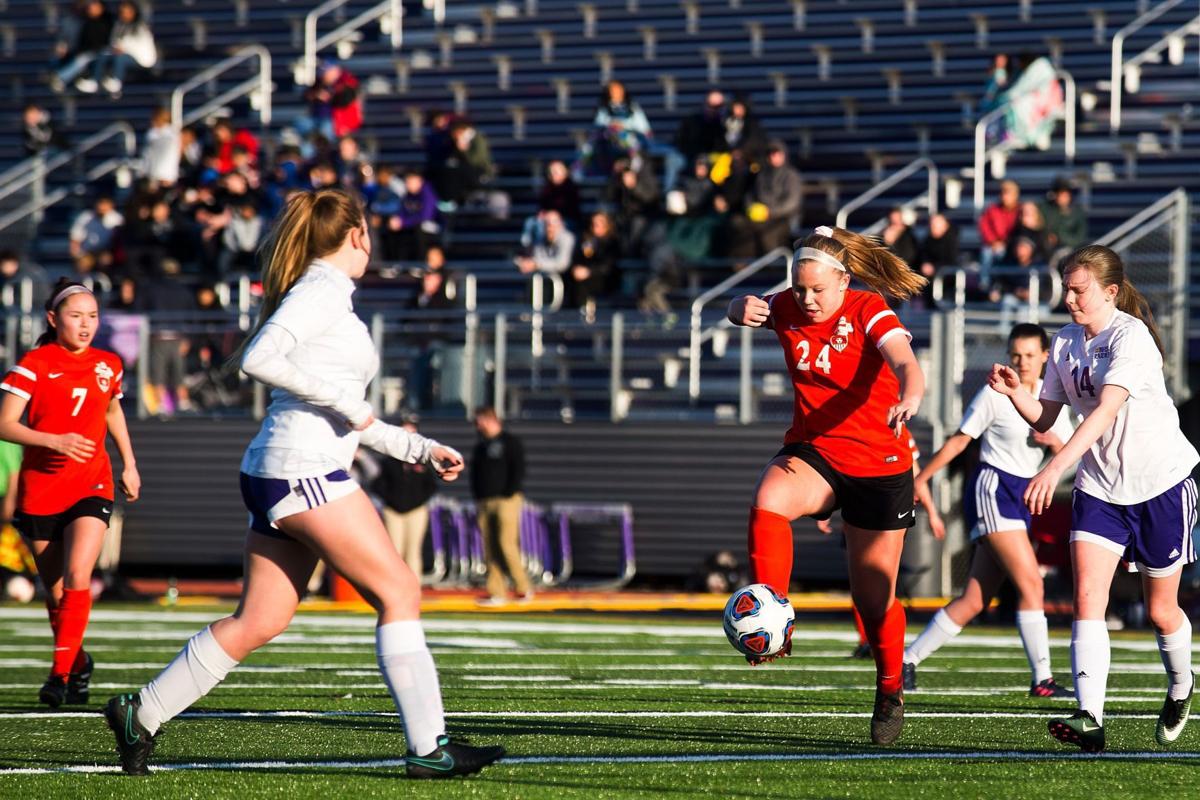 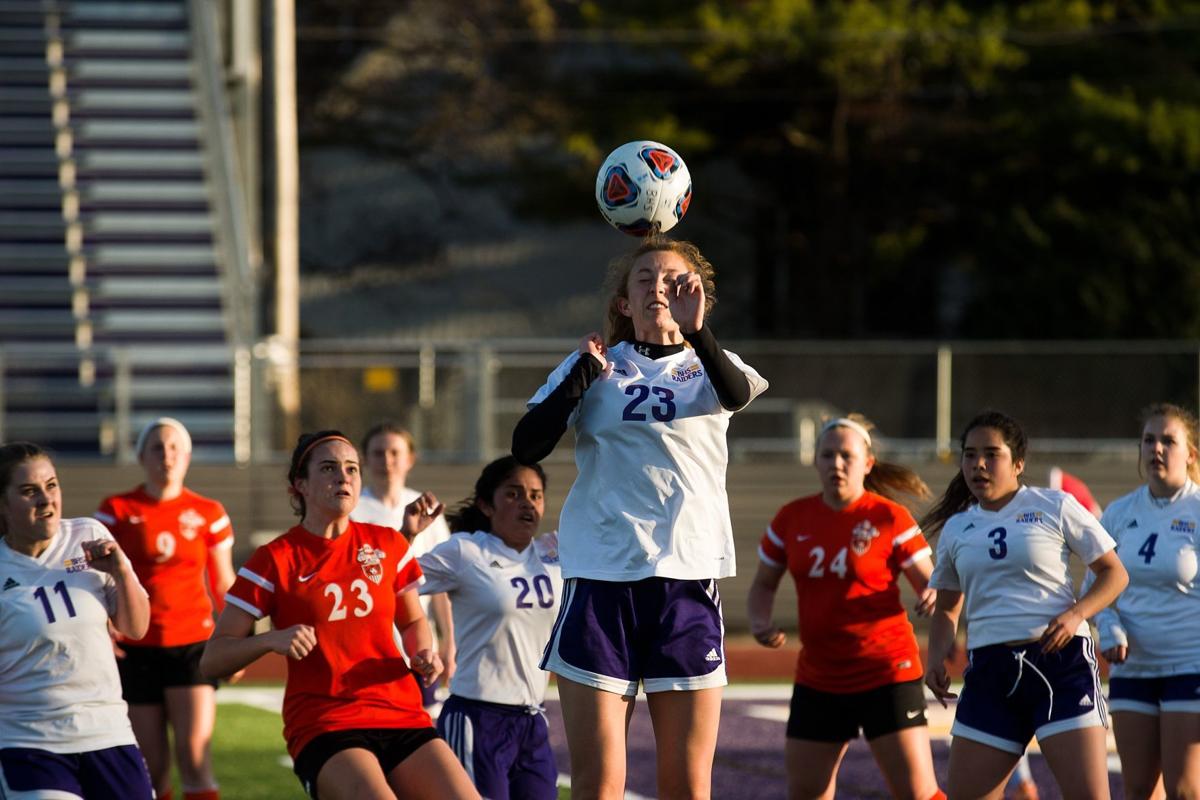 Bloomington's Bronwen Boyd (23) goes for a header during the Purple Raiders' 4-0 loss to Normal Community on Thursday, April 19, 2018 at BHS' Fred Carlton Field. 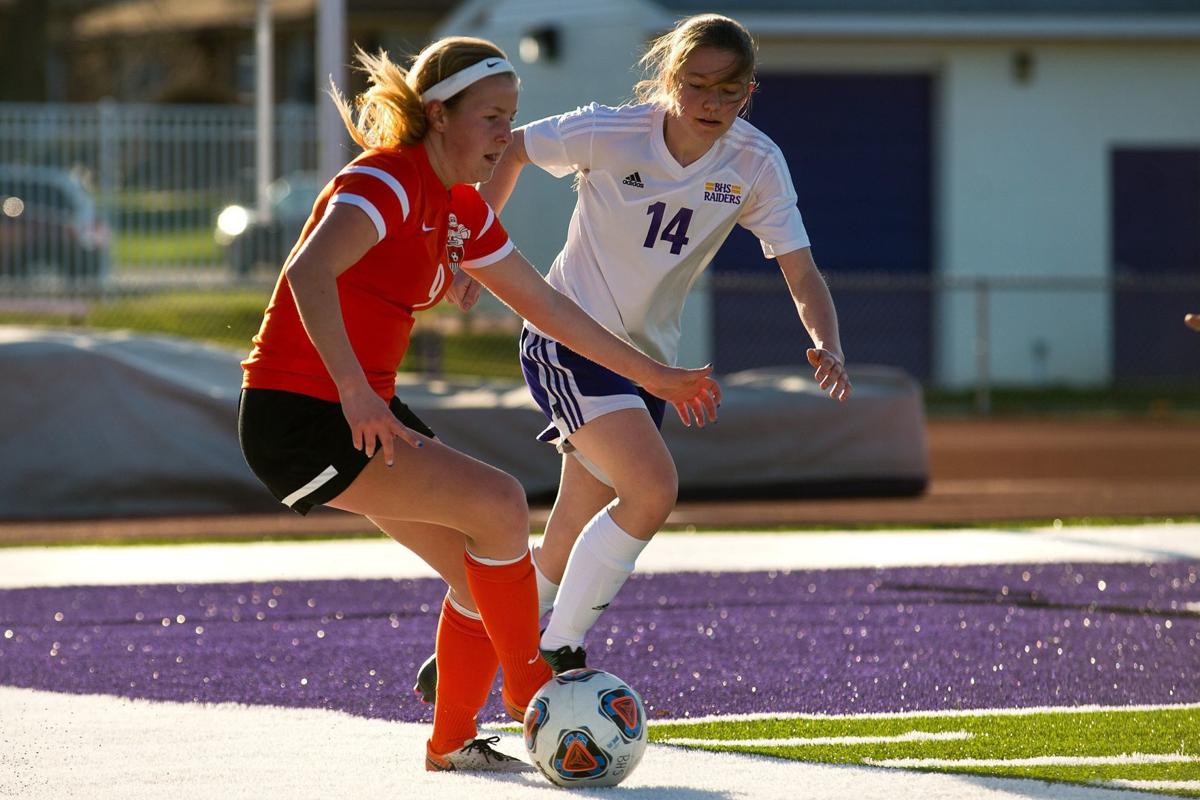 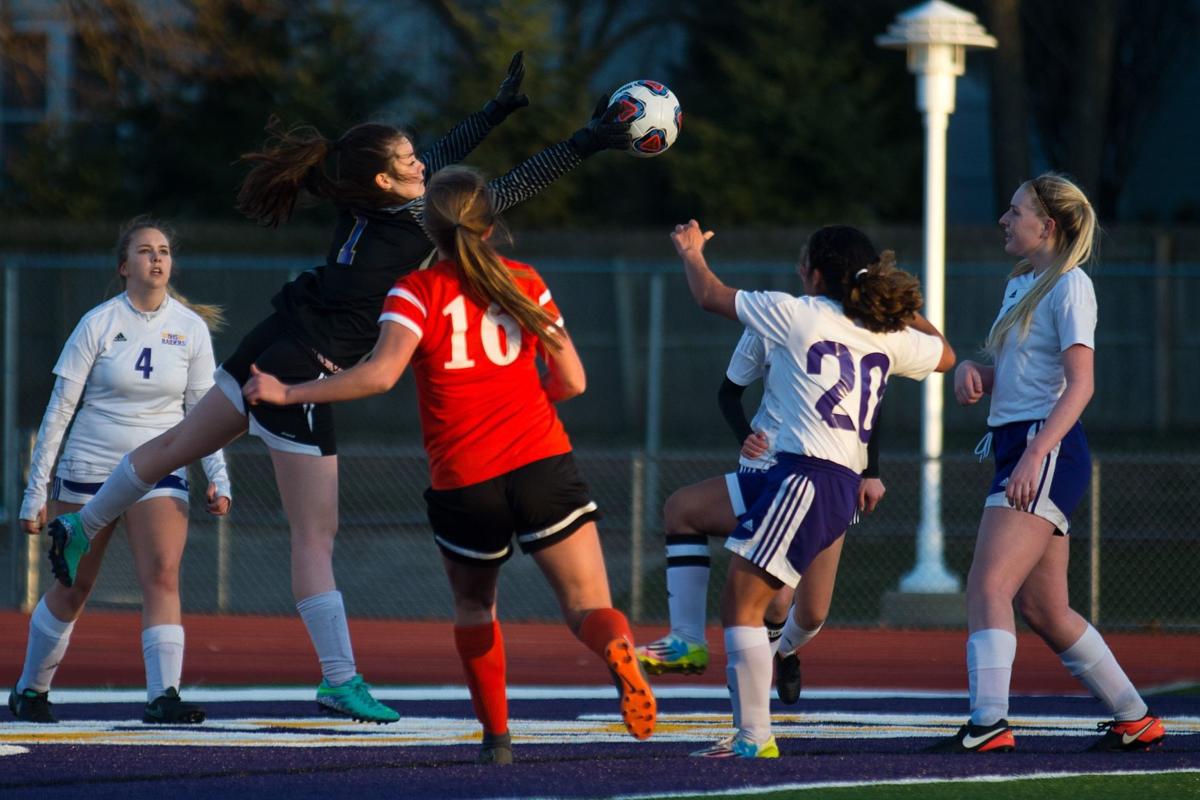 The Purple Raiders’ defense, which had a rough outing during its 9-0 loss at NCHS on April 2, was impressive the first half, giving up just two goals — both by freshman Lia Ward — on 20 shots.

“She may have started one of our games, but she is definitely as good as any of our starters,” said NCHS coach Matt Chapman. “We have a couple players in that situation. We plug them in and they play as well if not better than some of the people that are starting.”

Senior Caelyn Steffens added a pair of second-half goals as the Iron went on to outshoot their host, 34-1, while notching their 10th shutout.

Ward opened the scoring with 25:16 left in the first half off a Maggie Peters assist.

“I think it was off a rebound from a corner and then I headed it into the right side of the goal,” said Ward, whose six goals this season tie her for third most on the team.

She struck again 6:35 before intermission.

“The second one, I was at the top of the 18 and my teammates were trying to get it in,” Ward said. “It bounced off a teammate and I kicked it into the right side of the net again.

“I’ve been looking forward to playing with this team for a long time since my sister (Lauren) played on this team. The family relationship helps us bond and pull out the wins.”

Steffens' team-leading 13th and 14th goals came with 28:35 left and 21:16 left. The first was a high, 20-yard blast off an assist from Katy Quinn. The second was a perfectly executed header off a corner kick from Peters.

“Maggie is amazing at putting the ball exactly where it needs to go,” Chapman said. “Caelyn Steffens has a nose for the ball. She just wants to put that ball in the net and she knows how to do it.”

Chapman was impressed by the improvements BHS made in 17 days.

“I know they are really excited (with their new field) and I think that helps the spirit of the team,” he said. “Obviously, they came to play. We may have had a lot of possession (time), but it was not easy to score.”

Ironically, BHS coach Craig Lee used more attackers on Thursday (two) than he did in the earlier meeting when he used one.

“The girls this time, they believed they were going to try to play with them,” he said. “I told them at halftime, you can make up for a lot of deficiencies with intensity and work rate. We had that tonight.”

The Raiders also had the Watts sisters, Darlease and Denise, who missed the earlier meeting, and they had acrobatic sophomore goalie Grace Marcy making one dramatic save after another.

“She plays volleyball so her eye-hand coordination is good,” Lee said of Marcy. “I could even see a couple times she made some really good saves that were like volleyball style digs. She has that (quick) reaction time. It takes a special person to want to get in front of a ball hit that hard.”

Bloomington's Bronwen Boyd (23) goes for a header during the Purple Raiders' 4-0 loss to Normal Community on Thursday, April 19, 2018 at BHS' Fred Carlton Field. 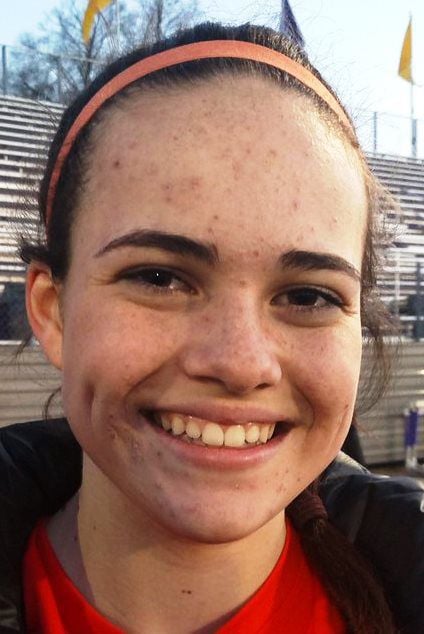