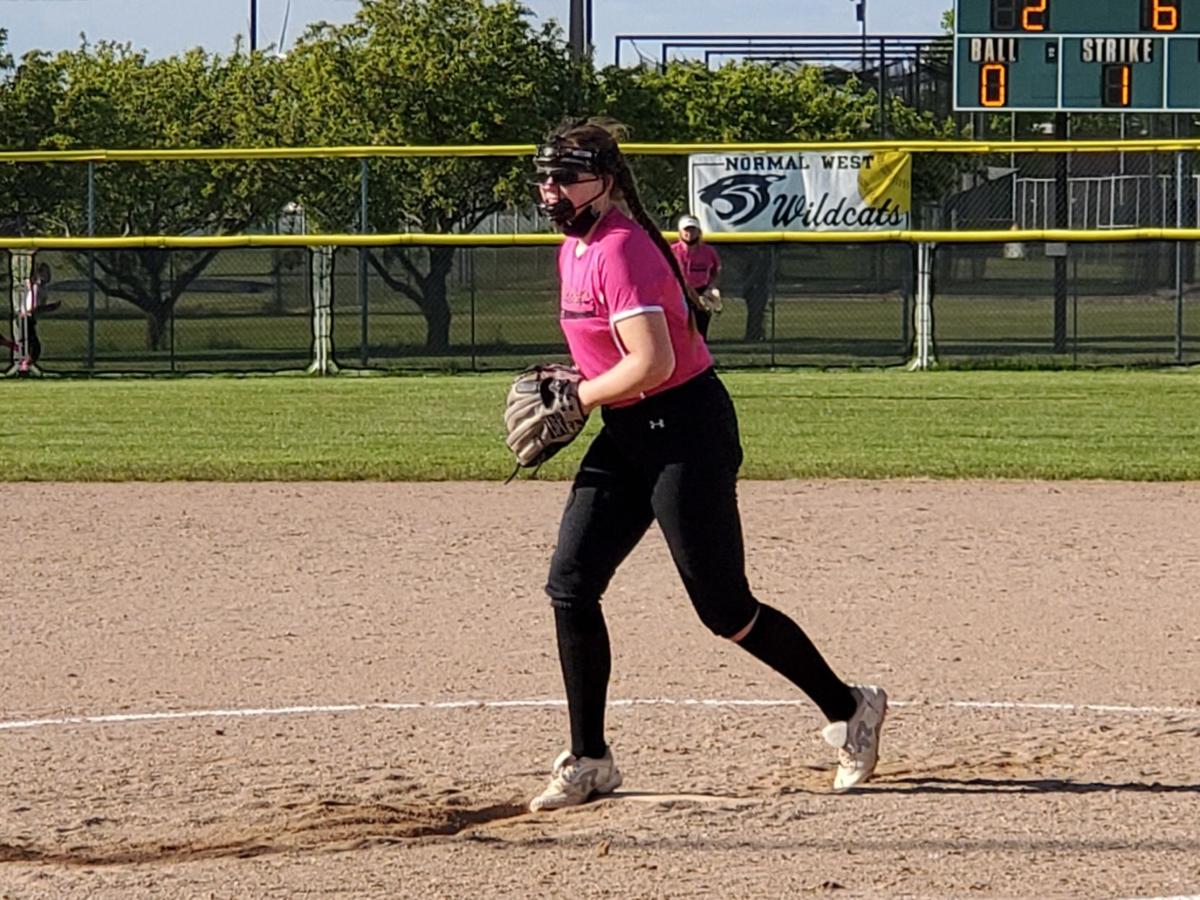 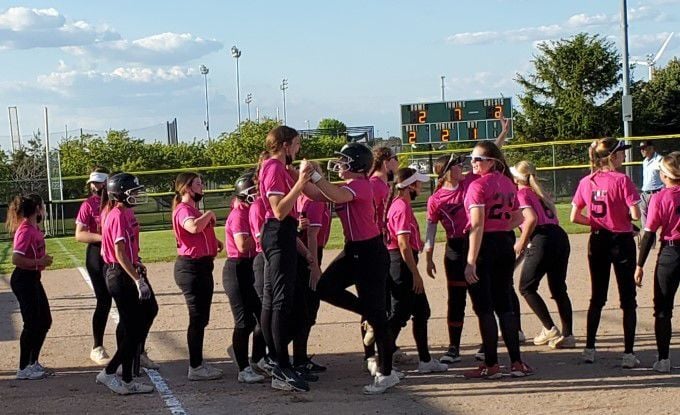 NORMAL — When Katie Poehlman sliced a ball to right field and unexpectedly ended up on third base in the bottom of the seventh inning Thursday, junior Claire Post knew what she needed to do.

After all, she's done it before.

Post's single drove in Poehlman as Normal West High School squeaked out a 3-2 victory over Bloomington in a matchup of unbeaten Big 12 Conference softball teams at Champion Fields.

"(Two years) ago at my old school, Heyworth, I had a walk-off double in the regional championship," said Post. "There's definitely butterflies especially since two of my previous at-bats weren't what I hoped (striking out). I had to catch myself taking a lot of deep breaths. I just thought keep it simple, all we need is a base hit."

The victory — a day after beating another Intercity rival, Normal Community — upped West's overall record to 16-2 and Big 12 mark to 7-0.

Mollie Vetter's two-out solo homer to left-center in the first gave the Raiders the early lead.

West's Lindsay Rogers answered in the second off Avery Wapp. After fouling off several pitches, Rogers smacked a solo homer to center.

The Wildcats took a 2-1 lead later in the inning when BHS outfielders Mollie Vetter and Concetta DeBord collided tracking Landes Benedict's fly ball, allowing Ellie Freymann to score all the way from first.

With one out in the seventh, Wapp tied the game on a homer to center.

"Mollie Vetter is a great hitter and Avery Wapp is, too," said McGonigle. "I'm happy they got good hits. I just have to spin the ball better next time."

Mollie Vetter, who relieved Wapp in the fifth, got the first out in the bottom of the seventh. Poehlman then went the opposite way to right and the ball spun sideways past the right-fielder for a triple, setting the stage for Post.

"We try to be locked in every pitch, every inning," said West head coach April Schermann of grind-it-out at-bats by Poehlman and Rogers on her homer. "That's one thing we did really well. We try to get better every pitch."

Mollie Vetter (2-3) and Wapp combined to give up five hits, but three BHS errors and a couple misplayed balls didn't help them out. Wapp struck out seven in four innings while Vetter fanned four in 2⅓ innings.

"We haven't had a lot of games where our defense has hurt us much, so this is a learning opportunity because we all know in this game you're going to make mistakes and have to build that mental toughness that I can get through this. In a way it's good for us. It was a big game, but it's not postseason yet."

Schermann wasn't surprised the game was decided in the last at-bat.

"Bloomington is a high quality opponent, as always," she said. "They have two outstanding pitchers and good hitters. We were trying to keep their hitters under control. They hit good pitches (for homers), so props to the hitters for that. We tried to do whatever we could to contain their offensive lineup and try to make something happen on our end, too."

Central Catholic had only one hit until the seventh before Elyssa Stenger's triple and Izzy Kostelnick's single on back-to-back pitches resulted in a 1-0 win over Bloomington.

Everyone was a winner Tuesday when high school softball and baseball returned after being canceled last spring because of the global pandemic.

Whether it was sweeping the floor at halftime of a basketball game, sprucing up the baseball bullpen or listening to his coaches, Stan Lewis did it all during his 14 years as Normal West's athletic director.

District 87 officials told music parents, "You shared and we listened," in announcing a change that will give more students the option to take music classes.

Area, Intercity to square off in BNGSA All-Star Softball Game

The Intercity and Area square off Monday in the BNGSA All-Star Softball Game at Champion Fields in Normal.

Look to the Chargers and Seahawks to make the playoffs 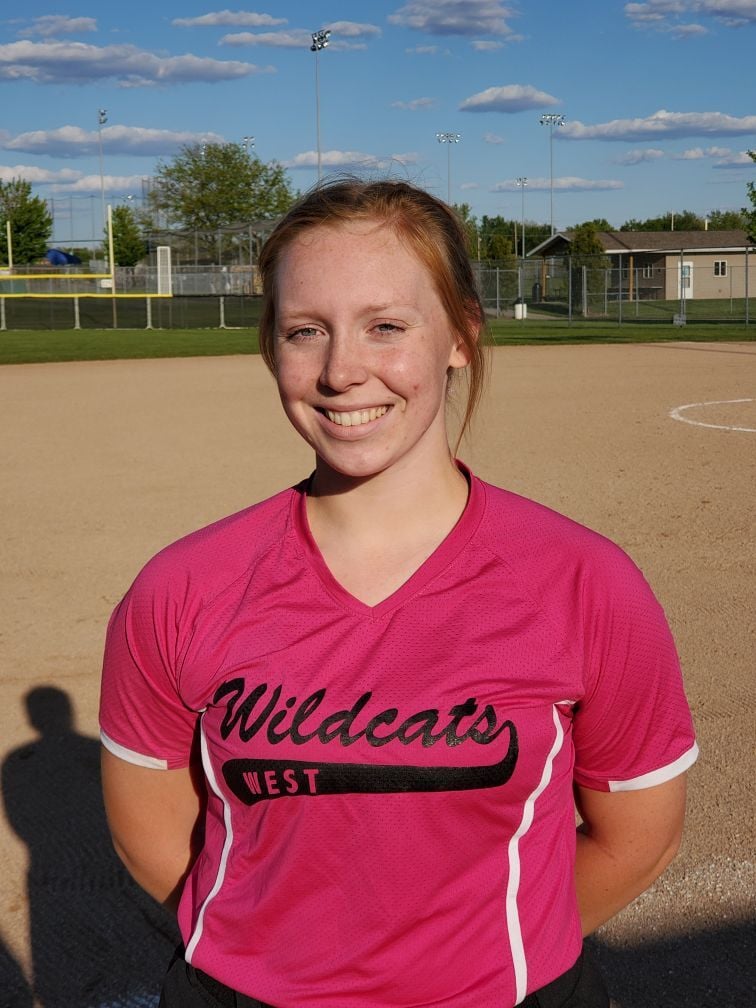 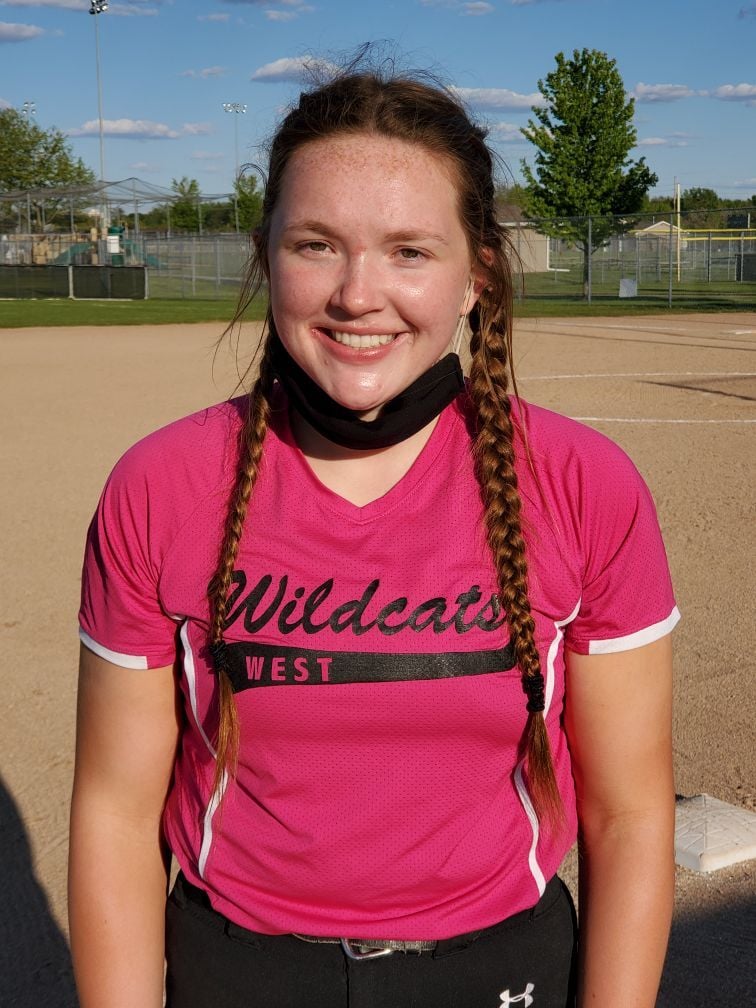