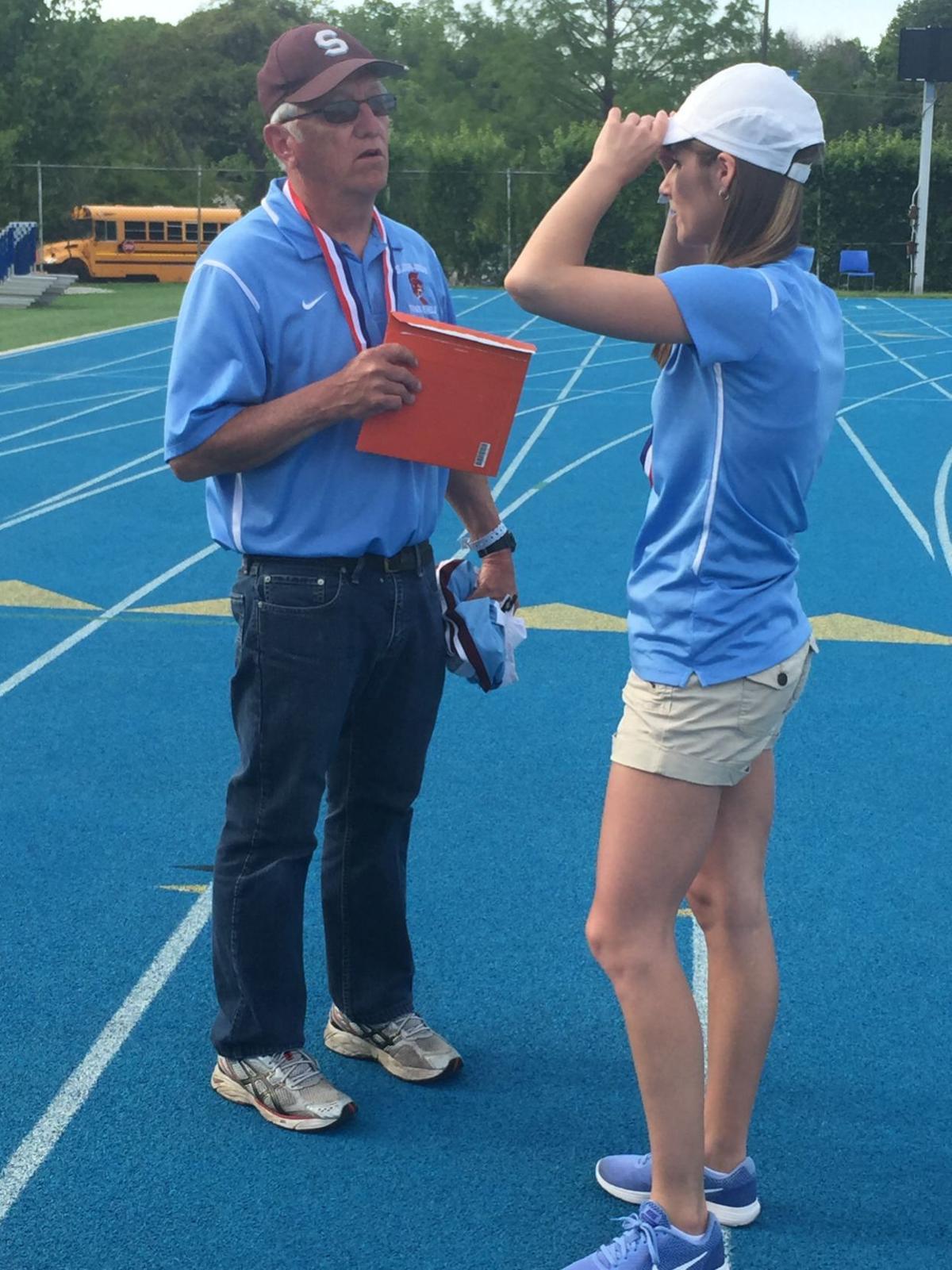 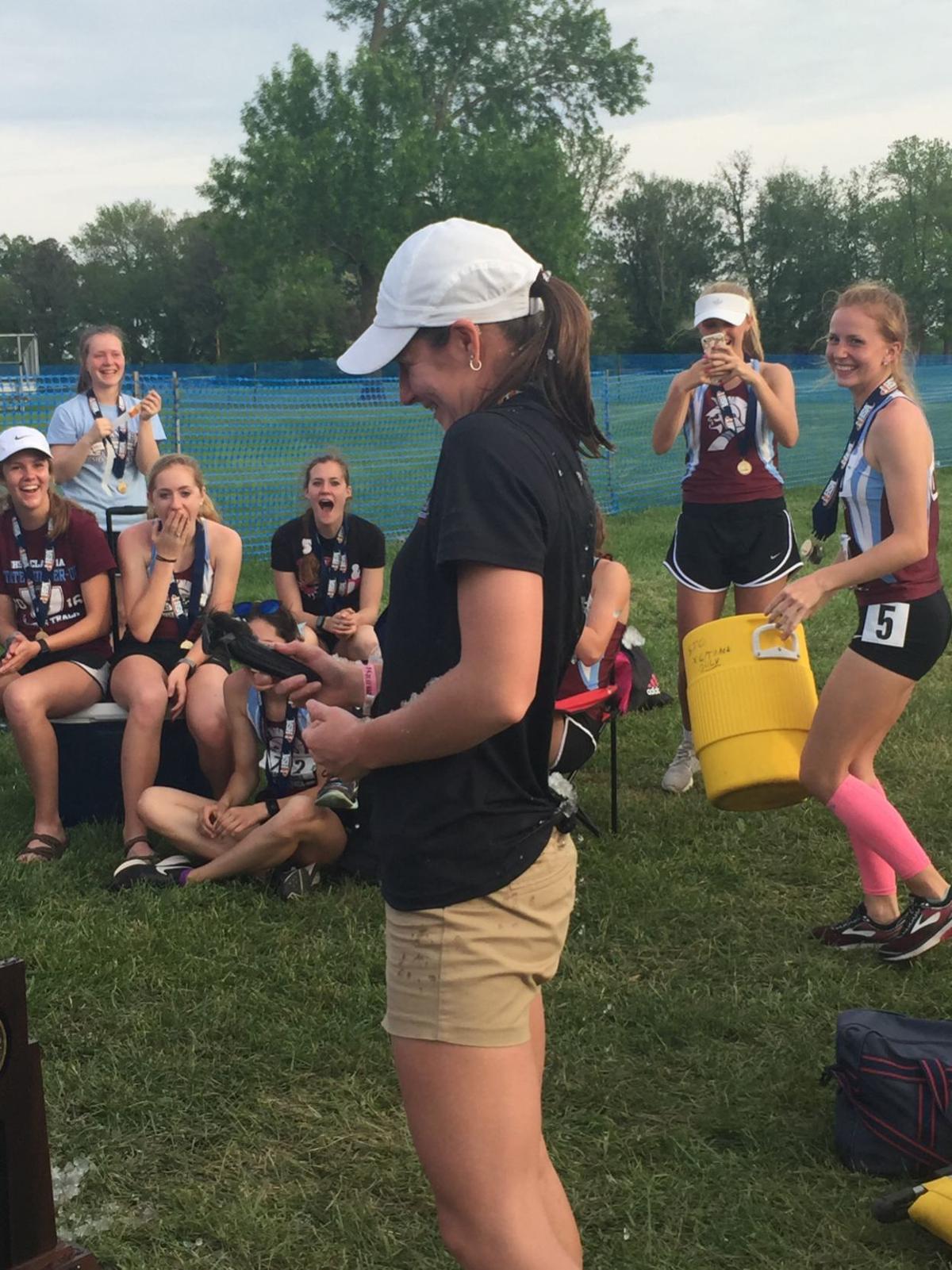 Bloomington native Kelly Steffen was doused with a bucket of ice water after coaching St. Joseph-Ogden High School to the Class 1A girls state track championship in 2018.

Some would say inconsolable.

As the top-seeded long jumper in the May 6, 2010 Big 12 Conference Girls Meet at Champaign's Harold Jester Track, she'd just fouled three times to miss advancing to the finals, a disaster that would cost her team a fifth straight title.

Even though the Bloomington High School senior wound up winning the high jump and triple jump and placing third in the 100-meter hurdles, she was sure the sun would never rise again.

Fast forward a decade and Steffen is five years into a track coaching career at St. Joseph-Ogden High School, the state's most successful Class 1A girls program since 2016, having won four consecutive state meet trophies indicative of top-three finishes.

If a Spartan has an off day, Steffen knows how she feels.

"I really can relate to their emotions because I've felt those emotions," Steffen said. "It's been fun, but a challenge to help them work through the bad meets."

More often than not, they've bounced back well enough. They finished second in the state in 2016, third in 2017, first in 2018 and third last year.

"The competitive nature of the girls that were coming in right when I started coaching, they were all in just like I was, just like a lot of athletes are," Steffen remembered.

"They knew from the get go what their goals were as individual athletes. It was something I was able to thrive off of and I think ultimately that kind of expedited the process of me developing into a good enough coach for them."

This year's squad, led by two-time state long jump champion Atleigh Hamilton, seemed ready to challenge for another trophy until the coronavirus pandemic ended the season.

"It's definitely disappointing," said Steffen, who instructed her charges to focus on all they'd done. "We've shared memories, shared pictures and that's really kind of made times a little easier, not that they're ever going to be easy missing out on a full season."

Steffen's journey to four trophies as a coach began at BHS, where she won eight Class 2A state medals. She helped the Purple Raiders place second in the 2010 state meet before competing four years at Indiana State as a heptathlete.

"She wasn't just trying to get us to a distance or a time," Steffen said. "She did a lot of work with us to become students of the sport.

"After going through that four-year process, I felt really confident in my knowledge — not necessarily of all 18 events — but more of the events. So my love for competing, my love for kids and my love for the sport of track and field all kind of combined into one."

When a head coaching and math teaching job opened at St. Joseph-Ogden, a school of 467 students, Steffen found a community enthusiastic about track (it already had three girls state trophies) and on the verge of a dynasty in terms of incoming talent.

"It just kind of fell in my lap," said Steffen, whose predecessor, Jerry Hewerdine, made his 30-plus years of coaching experience available as her assistant coach. "He knew that (talent) was coming up and was willing to kind of pass that over to me."

Plus, Hewerdine taught her how to manage meets and create lineups to maximize scoring potential.

"He helped tremendously with all the behind-the-scenes stuff," Steffen said.

St. Joseph-Ogden's two girls coaches and two boys coaches each have a specialty while mentoring both genders. Steffen coaches girls and boys in the jumps and hurdles.

"(Coaching boys) was another thing to get used to," Steffen admitted. "I never paid attention to what guys' distances and times were. It makes it fun being able to coach double."

Steffen also has fun stressing a team approach, a philosophy that helped all four of her state relays place in 2019. The Spartans' victory in the 800 relay was their fourth relay title since 2016.

Making relays a priority has meant some stars have been asked to forsake individual glory for baton duty.

"We really have not run into anyone that was adamant about holding their spot as an individual," Steffen said. "Winning a first-place medal in the four-by-100 in their mind is just as sweet as winning a first-place medal in an individual event, which is just so neat because that's not necessarily how everyone thinks. It's a heck of a lot more fun when you have 12 contributors to a state trophy."

Steffen makes sure each of her 40 girls knows their importance to the team.

“Because we have so much drive as a team to achieve big things at the state level, that has rubbed off on every single team member,” Steffen said. “Their attitudes and their passion for the sport is just the same as the attitude of the people contending for state championships.”

Steffen has seen more than one “average” athlete come back the next year to score critical points.

“That just pushes me to value every single athlete,” she said. “The cool thing about track and field is you do get to chase individual PRs (personal records). Seeing someone get a PR and be so excited, that's what I thrive off of.”

As Steffen waits for the pandemic to pass, she looks toward next season.

"We have some upcoming freshmen, sophomores, even eighth graders that maybe didn't get their opportunity this year to break through," she said. "Then we are going to have some veterans ready to go back for more. Hopefully, it will be a fun returning season."

And if an athlete should have an off day, their coach will be there to guarantee the sun will rise again.

A meet record in the 3,000-meter steeplechase by Kristen Zillmer highlighted Illinois State's efforts Saturday in the Missouri Valley Conferen… 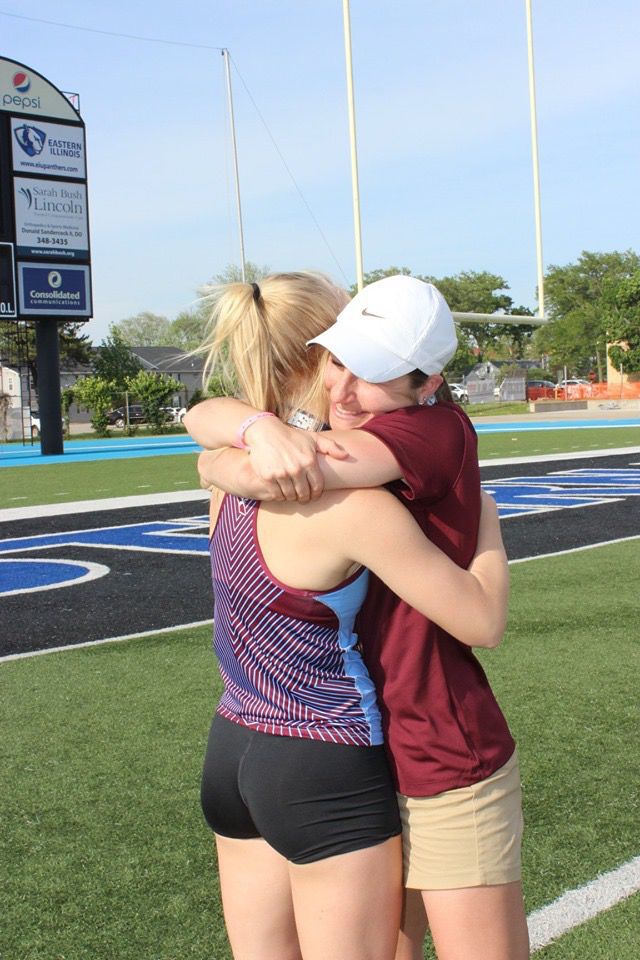 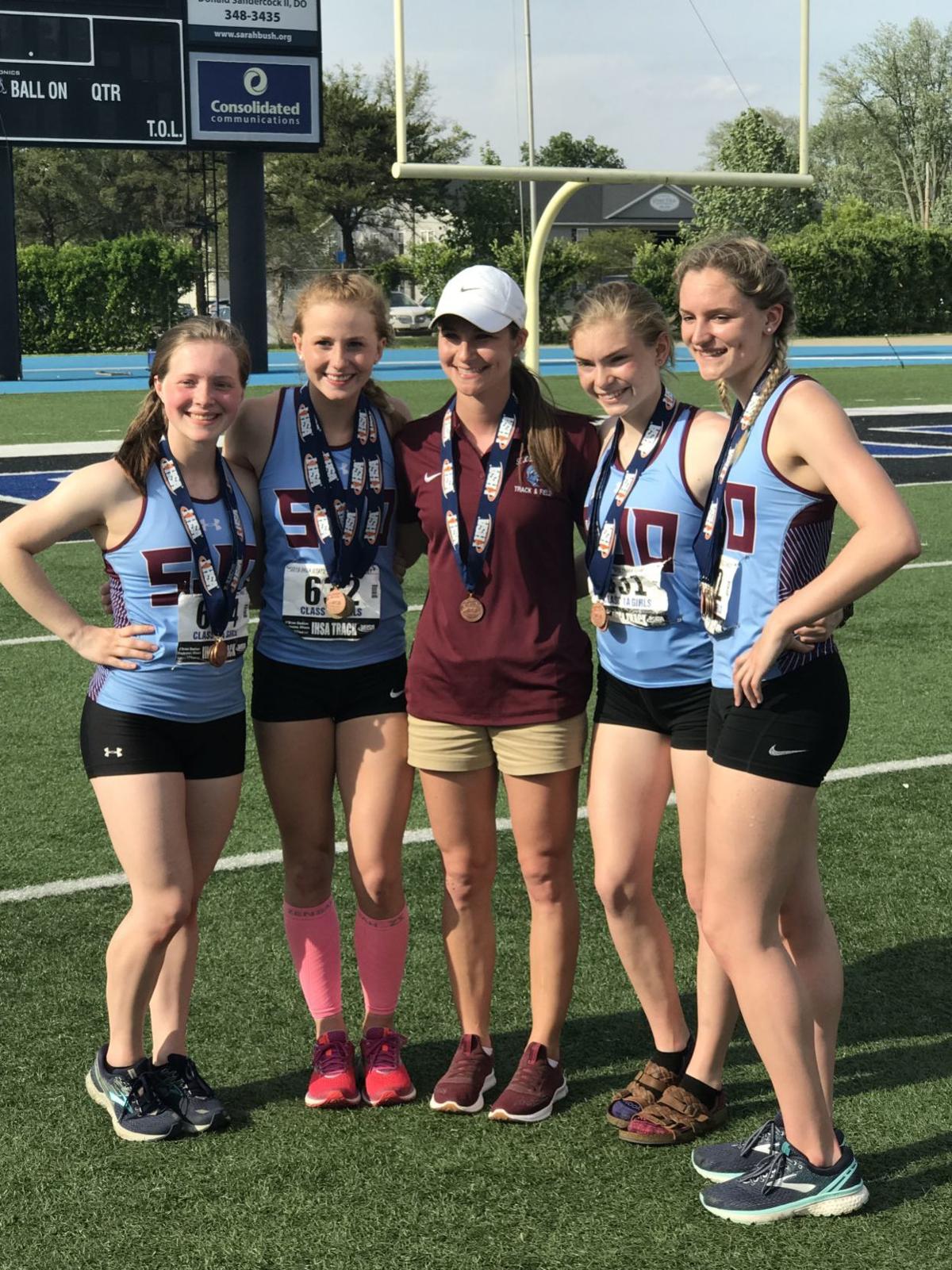 Bloomington native Kelly Steffen was doused with a bucket of ice water after coaching St. Joseph-Ogden High School to the Class 1A girls state track championship in 2018.