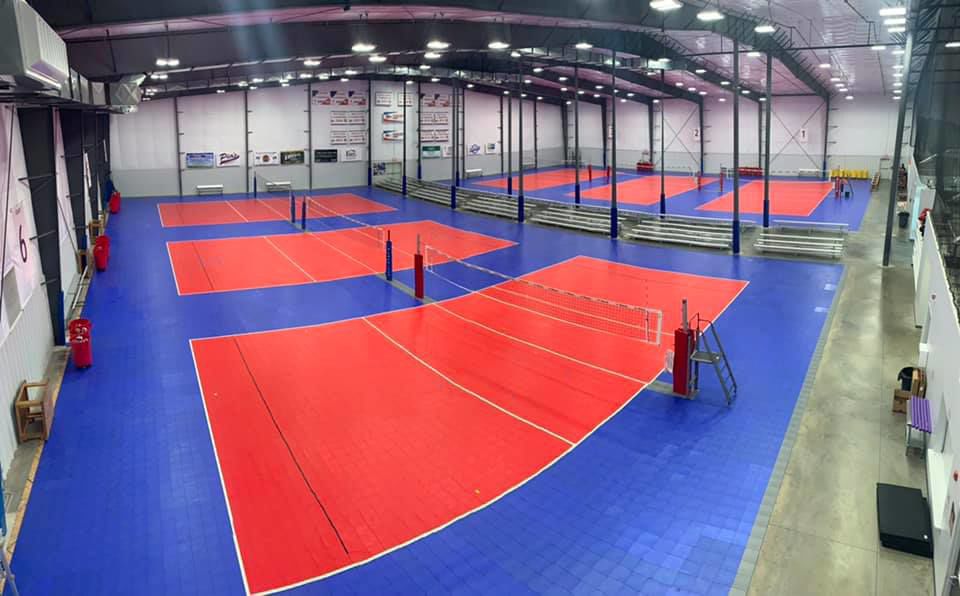 The coronavirus pandemic has shut down youth sports businesses such as the Illini Elite Volleyball Club in Bloomington. 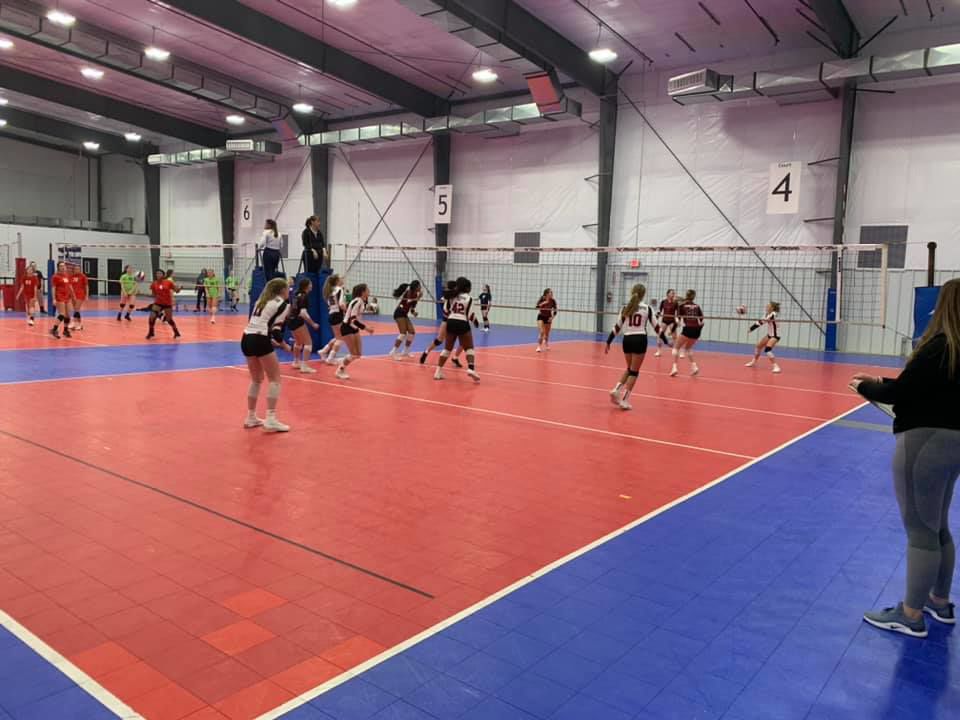 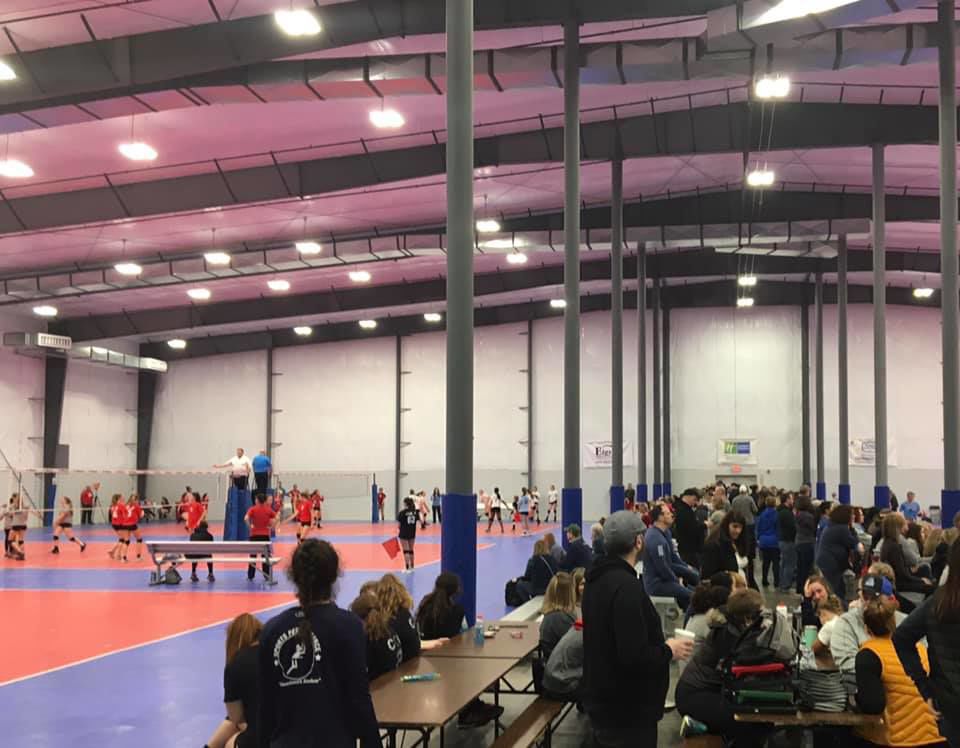 Spectators and players are a thing of the past for the Bloomington-based Illini Elite Volleyball Club, which has had to suspend spring programs due to the coronavirus pandemic. 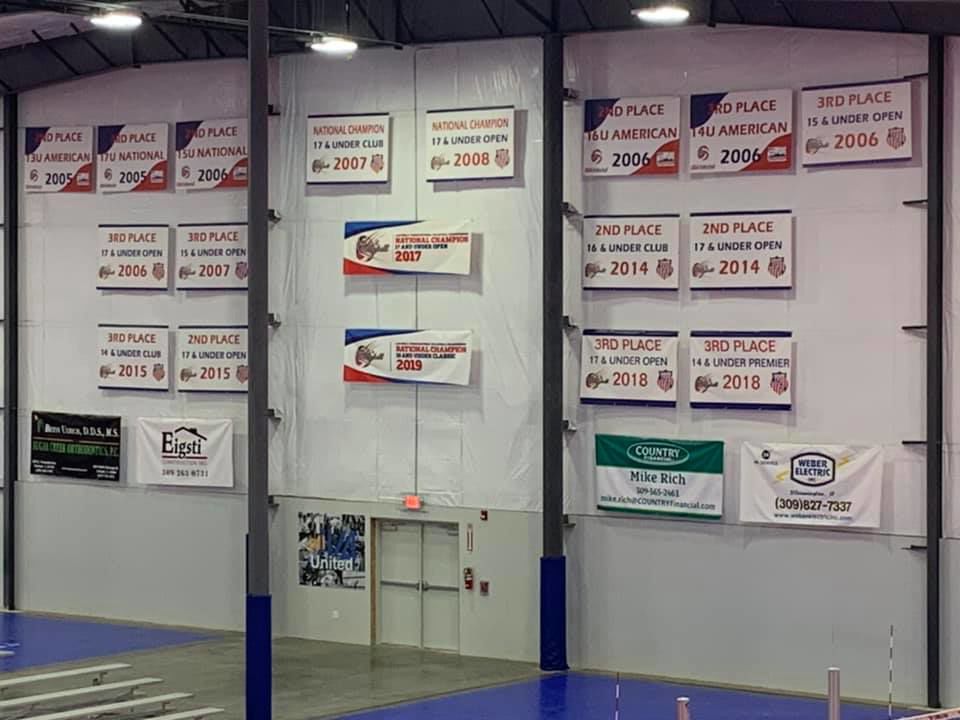 The number of banners honoring the best teams of the Illini Elite Volleyball Club will remain static as the coronavirus pandemic prevents tournaments from taking place.

BLOOMINGTON —  Volleyball involves planning ahead and reacting in the moment.

Erins, director of the Bloomington-based Illini Elite Volleyball Club, reports businesses like his are suffering financially, so much so some may not exist when the shutdown ends.

"Right now, we'd normally have just over 500 kids in the gym at various times plus things every weekend," he said. "Us losing the spring is a big, big hit."

Erins has heard of clubs far worse off than Illini Elite, which opened a new $3 million training facility in the fall of 2018.

"If this thing lasts into next club season, then I think club sports as you know it will probably be headed for a big change of scenery," he said.

"You can't have these big facilities without income, without kids coming in, without events. It's just not possible unless the government is going to continue to pay mortgage payments. There were clubs as soon as the shutdown happened, they were like, 'Hey, we're done.'"

Erins has focused on things he can control.

"Let's say we are going to be allowed to resume practices at some point, what might those practices look like? Are they going to limit how many kids we could have in the gym?"

Some clubs face the task of reimbursing fees. That would have been Illini Elite's fate if the shutdown had come a week later.

"The policy we've always had is we don't deposit checks or run credit cards until all the tryouts are done because there are always kids that quit after tryouts," Erins said. "We hadn't charged the 13s and 14s yet."

Illini Elite did charge its 12-and-under players. They can receive a refund or accept a credit toward future programs.

"By and large, all the parents have been fantastic and patient with us," Erins said. "They understand this is hard on every small business, especially one like ours. We don't do takeout or carryout."

Some clubs can't reimburse fees because they haven't been reimbursed by tournaments that were canceled. It's not unusual for tournaments to charge a $900 entry fee per team. If a club enters 10 teams, that's a big problem.

"That's out of your bank account and now parents want refunds," Erins said. "If you don't get a refund back from the tournament, what are you supposed to do? I think that part is a big challenge for the sport."

Every summer, Illini Elite sends teams to the AAU National Championships in Orlando, Fla. The club has already withdrawn its five 14-and-under teams.

"Once the stay-at-home (order) got extended to May 30th, there was no way we could put them together fast enough," Erins said. "We hadn't even gotten through tryouts."

"Let's see what it looks like in a month and we'll make the decision," Erins said. "We can't predict the future that nobody can predict."

AAU National Tournament officials have already made safety changes such as forbidding spectators, international entrants and pre-game handshakes, instituting pre-game fever checks and encouraging the use of face masks.

"I think they are probably trying to do the best they can given the information they have," Erins said. "I think there are a lot of people who are skeptical it's going to really happen, but I think if you polled clubs across the country, I would think that everybody wants to get back and play."

Erins remembers attending a national tournament during the SARS epidemic in 2002.

"There was no handshaking and people stayed apart and there was only one official," he said. "Our handshake gifts that year were hand sanitizers. There were people wearing masks and stuff like that."

With no players to work with, Illini Elite's three-man staff has stayed busy cleaning its six-court, 34,000-square-foot gym off of Valley View Drive in west Bloomington.

The pandemic has halted college recruiting, but Erins has encouraged his prospects to send colleges highlight videos.

"Right now it's really an important time for recruiting because you have a captive audience," he said. "All of the college coaches are stuck at home sitting in front of their computers. A lot of players are really taking advantage of this down time to kind of ramp up their recruiting."

Illini Elite has arranged for players to use a strength program designed by Lucas Cook of Heartland College.

"We're actually reading a book," he said. "Every chapter, one of the players is in charge of leading the discussion about that chapter. We can't really do much about the physical side of volleyball, but we can spend some time working on the mental game.

"More than anything, it's a nice, fun distraction. It's a way to kind of challenge us to keep motivated. You have something to look forward to. The kids are really enjoying it."

It's all part of reacting in the moment when plans hit a hurdle.

Volleyball club to 'cool it' in new $3 million facility

NORMAL — This past club volleyball season, Kendall Burk was sidelined by a fractured femur and tibia, and then battled mononucleosis.

The coronavirus pandemic has shut down youth sports businesses such as the Illini Elite Volleyball Club in Bloomington.

Spectators and players are a thing of the past for the Bloomington-based Illini Elite Volleyball Club, which has had to suspend spring programs due to the coronavirus pandemic.

The number of banners honoring the best teams of the Illini Elite Volleyball Club will remain static as the coronavirus pandemic prevents tournaments from taking place. 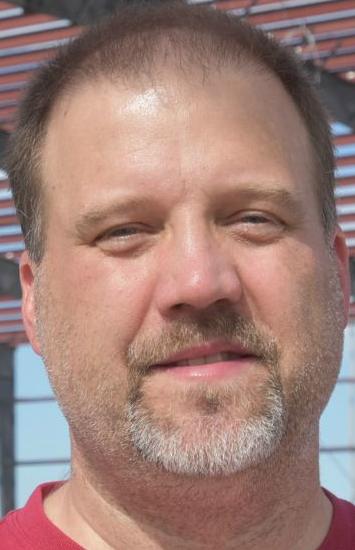