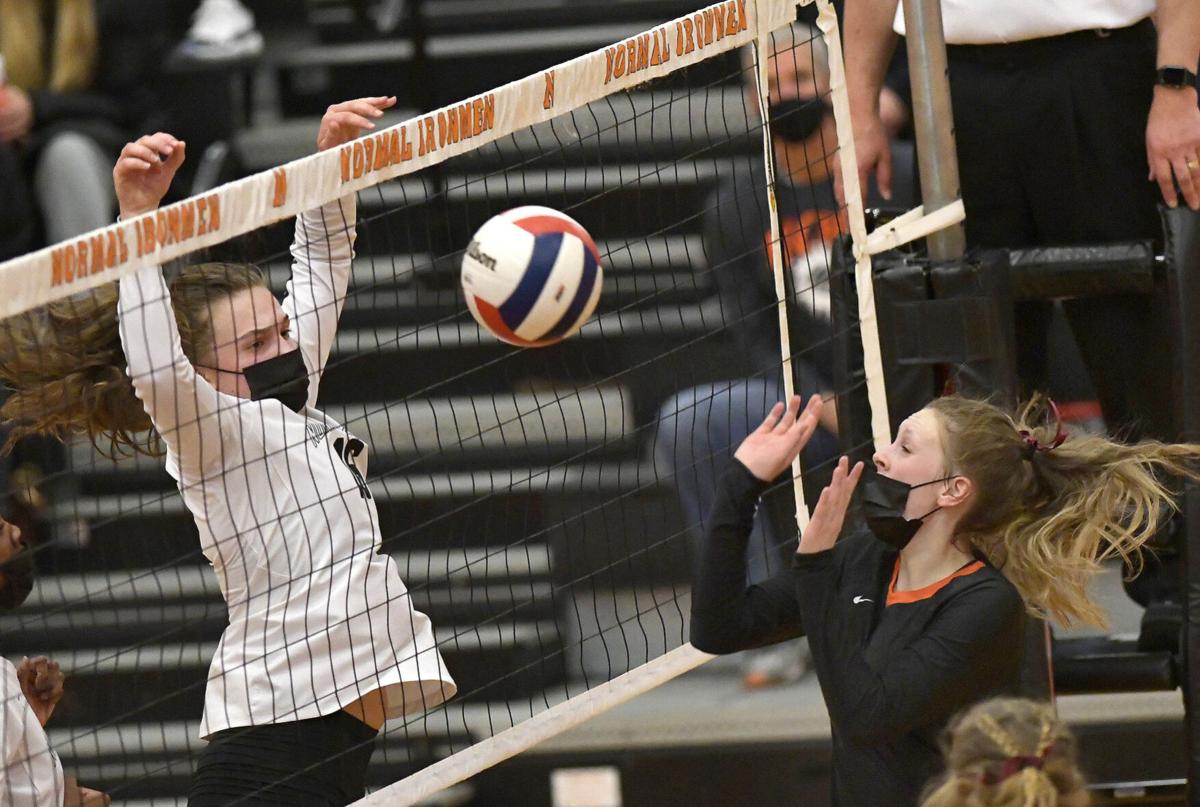 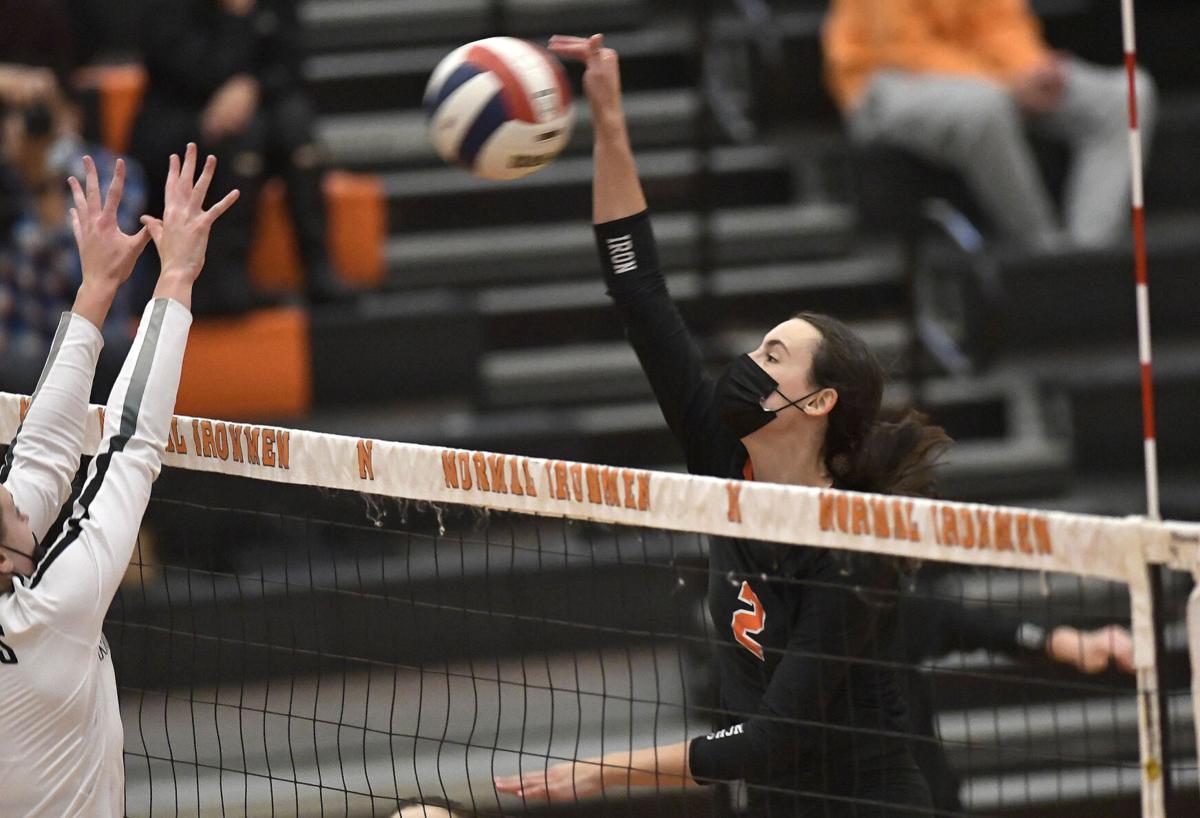 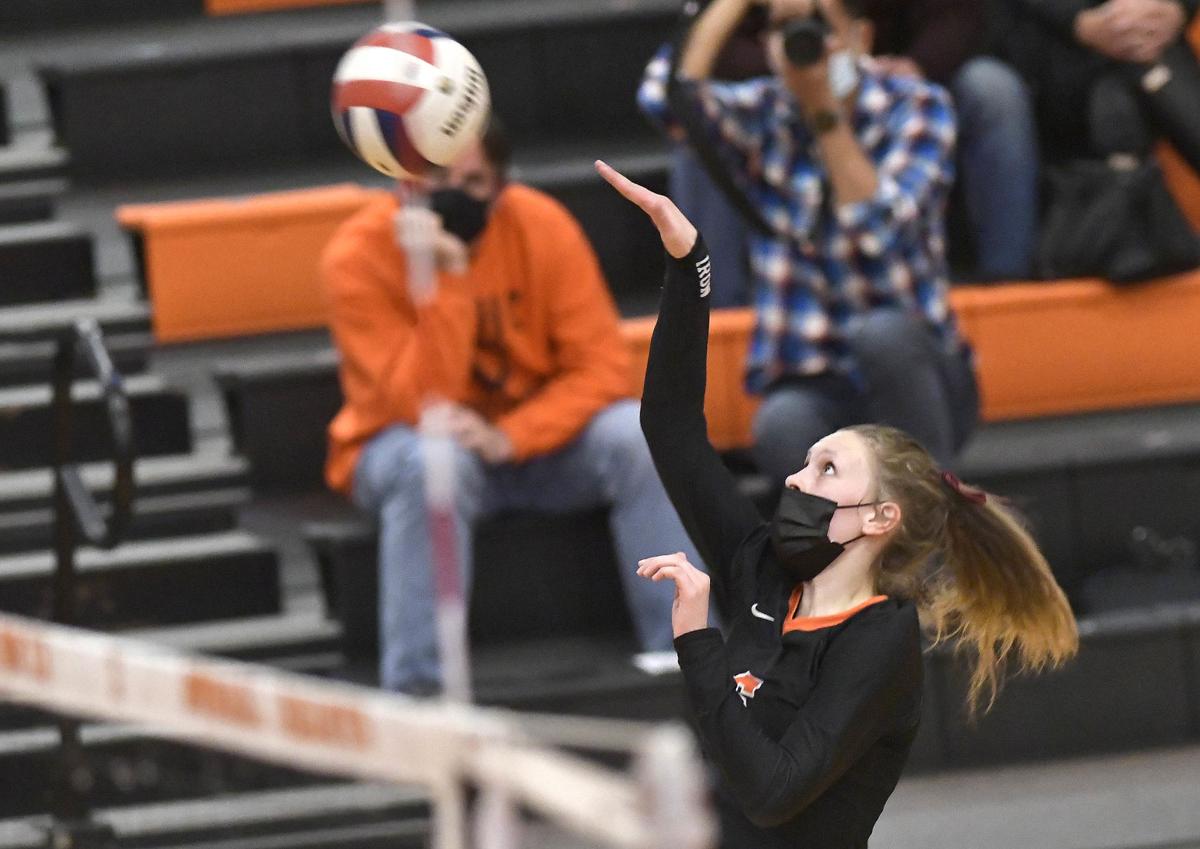 NORMAL — Normal West and Normal Communities high schools put on a volleyball show Tuesday night, with a loud crowd at NCHS and riveting action back and forth that seemed to take everyone back to the pre-COVID world.

NCHS, going for an undisputed Big 12 Conference championship, appeared to have the Wildcats on the ropes. The Iron opened a 21-19 lead in the decisive third set before West stormed back to grab a 25-22, 22-25, 25-23 victory and a share of the Big 12 title with NCHS and Champaign Central.

"It could have gone either way. Normal Community is such a great team," said West coach Kelsey Mueller. "So much respect to them. They played an outstanding game as well. It's just a few plays here and there and maybe executing down the line. Maybe we did that a little more."

Junior standout Averie Hernandez, a Northwestern recruit, provided 23 kills, with a couple coming from the back row, to lead the Wildcats. Sophomore Emma Rink added 11 kills.

Courtney Carter contributed 18 digs while Sydney Sennett had 37 assists for West, which improved to 12-4 overall and 9-1 in the league.

"Our rivalry matches are always our biggest matches," said Hernandez. "We talked a lot about being hungrier than the other team. I think we wanted it more. We didn't ride on energy, but more that we were really focused throughout the whole time which maintained that."

"I won't say I'm happy about a loss because I hate when we lose, but that is a game I don't feel like there's anything to hang our heads about. It was a battle," said NCHS coach Christine Konopasek.

"I think it shows how much pride — West also, the girls they have in the program they're from — how hard they're willing to work for each other, and the competitive natures they have."

NCHS will be the No. 1 seed in Saturday's Big 12 Tournament at Champaign and receive a first-round bye with only seven teams competing.

Averie Hernandez wasn't able to take official visits to prospective colleges this summer because of the COVID-19 pandemic.

The Normal Community High School volleyball team pushed its season record to 13-1 with wins over Pontiac, Pekin and LaSalle-Peru on Saturday a…