Back in the game: Hockey returning to Bloomington-Normal with Federal Prospects Hockey League franchise
1 comment
Share this
{{featured_button_text}}

BLOOMINGTON — Vowing to spend money on marketing and promotion and to put an "exciting, fast, hard-hitting" product on the ice, Barry Soskin is intent on making hockey sustainable in Bloomington-Normal.

Soskin is majority owner of a new Federal Prospects Hockey League franchise in Bloomington that will begin play in the 2020-21 season.

It follows a lengthy list of teams/leagues that have come and gone at Grossinger Motors Arena since it opened in 2006 as the U.S. Cellular Coliseum, the most recent being the Central Illinois Flying Aces of the United States Hockey League.

Soskin said the team has a multi-year lease with the arena and is expected to play 28 to 30 home games next season. The FPHL, which is in its 10th season, has 10 teams this year, including a franchise in Danville owned by Soskin, and is likely to expand to 13 to 14 by next season, he said.

The season typically runs from late October to late April.

"I think you'll find we have a few tricks up our sleeves," Soskin said during an afternoon news conference at Grossinger Motors Arena. "We're about marketing and promotion. It takes money to make money and we'll spend it to make it work right here. We need to do that as well as have a great product on the ice.

"We'll be here as long as the fans want us here. I fully believe that."

The Jan. 3 and 4 games will put the Danbury Hat Tricks vs. the defending league champion Carolina Thunderbirds. The March 21 game will be the Danville Dashers against the Port Huron Prowlers.

"I'm happy to bring different teams in and show the community what kind of product we can put on the ice," Soskin said.

The Bloomington franchise does not have a name. Soskin said he will leave that up to the community in a "name the team" contest he will call, "What the fans want."

"That's one of the things I bring into the equation," Soskin said. "Yes, I have to make sure the bottom line works, but I'm a fan. We're going to see exciting, fast, hard-hitting, creative, a few fights here and there, hockey. That's what I like. That's what I believe sells."

FPHL commissioner Don Kirnan called Soskin "the most successful owner that we have" in the league. Soskin also has ownership in the Carolina franchise that has built its season ticket base to 1,500 fans and has sold out a 3,000-seat home arena the first four games of this season.

Kirnan said "a couple of other teams" will be announced in the next 45 days. Currently the league has Danville, Port Huron, Columbus, Battle Creek and Carolina in its Western Division, with Elmira, Danbury, Mentor (Ohio), Delaware and Watertown in the Eastern Division.

"More or less they're getting expense money," Kirnan said. "They can move up (to higher leagues) if they have enough promise. We have a lot of players not just from the U.S., but from Canada and Europe looking to show what they have. It's a pretty entertaining product."

Soskin said others in his ownership group will be introduced soon, but stressed, "I am going to be the one running everything." He promised tickets prices will be reasonable, saying, "Our job is not to gouge people. Our job is to create affordable family entertainment."

Bloomington has been without hockey since the Flying Aces ended the 2018-19 season. Included in the arena's hockey history are the Prairie Thunder, the Blaze, the Thunder and the Flying Aces. Past leagues include the Central Hockey League, Southern Professional Hockey League and the USHL.

"It's important for entertainment, but it's also important for the bottom line of the arena as well as economic development," Renner said. "I think it's a win, win, win."

Federal Prospects Hockey League team may be headed to Bloomington

A Federal Prospects Hockey League team may be on its way to Bloomington and Grossinger Motors Arena for the 2020-21 season.

BLOOMINGTON — The Central Illinois Flying Aces outshot Cedar Rapids, 28-27, but the RoughRiders made three of their shots count in handing the…

A longtime banquet and concert venue in south Bloomington is closing its doors. 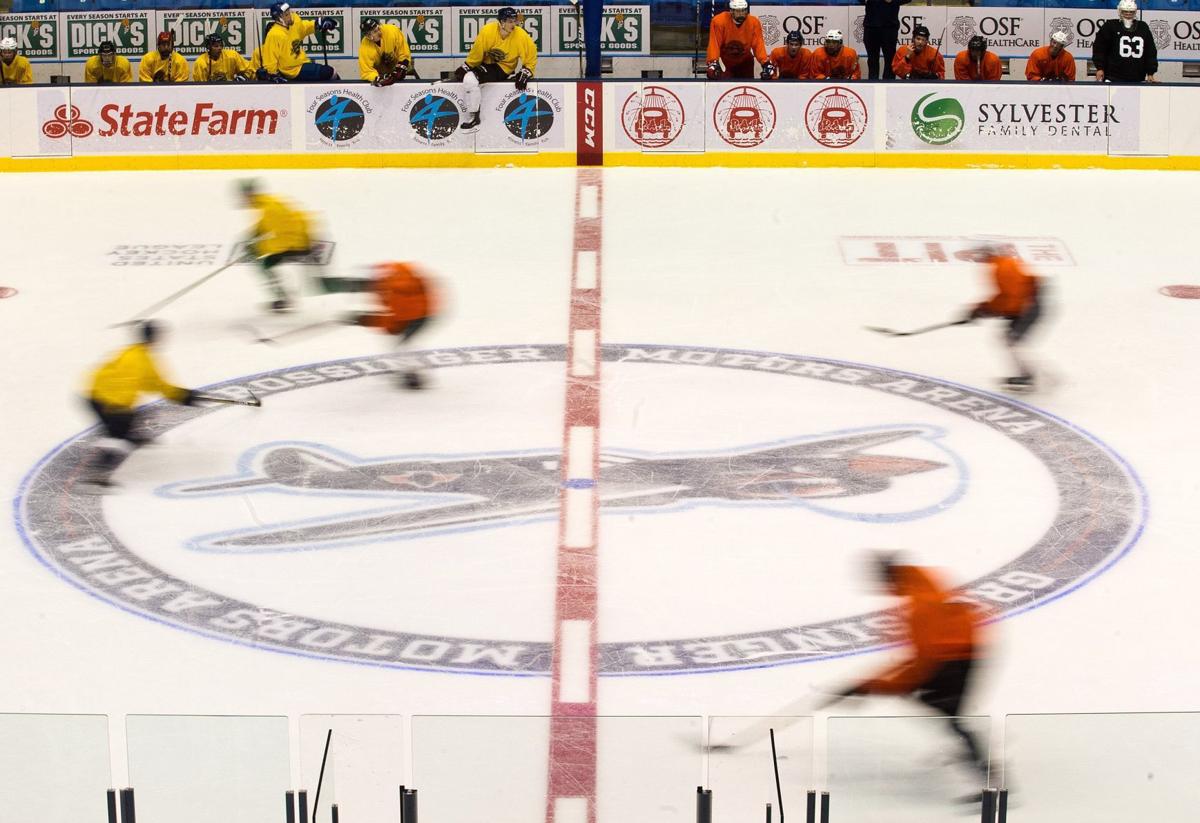 Players zoom down the ice during a game in the Central Illinois Flying Aces Main Camp on May 31, 2018, at Grossinger Motors Arena in downtown Bloomington.  A new hockey team based in the Federal Prospects Hockey League is to replace the United States Hockey League-based Flying Aces in the 2020-21 season. 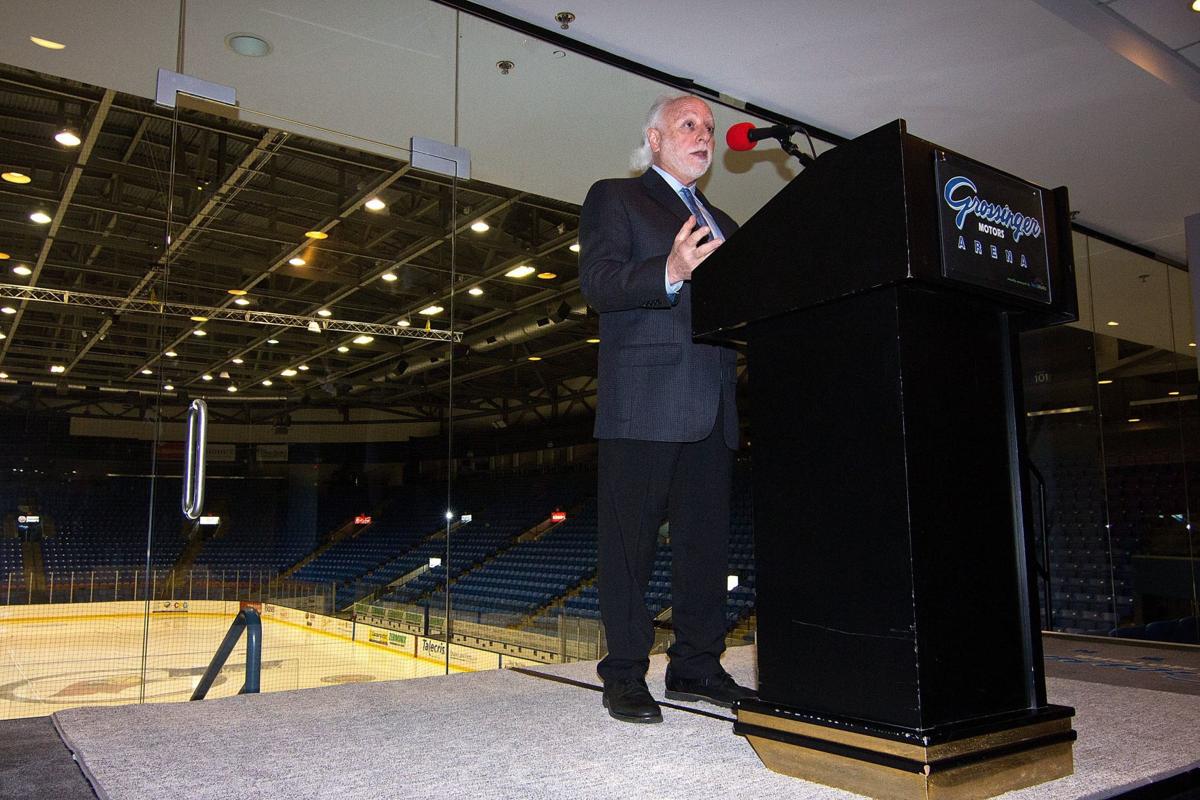 Barry Soskin speaks at a news conference Wednesday, Nov. 20, 2019, at Grossinger Motors Arena in downtown Bloomington. Soskin, an owner in the Federal Prospects Hockey League, announced three neutral-site games to be played at the arena in 2020, as well as a new franchise coming to Bloomington in the 2020-21 season. 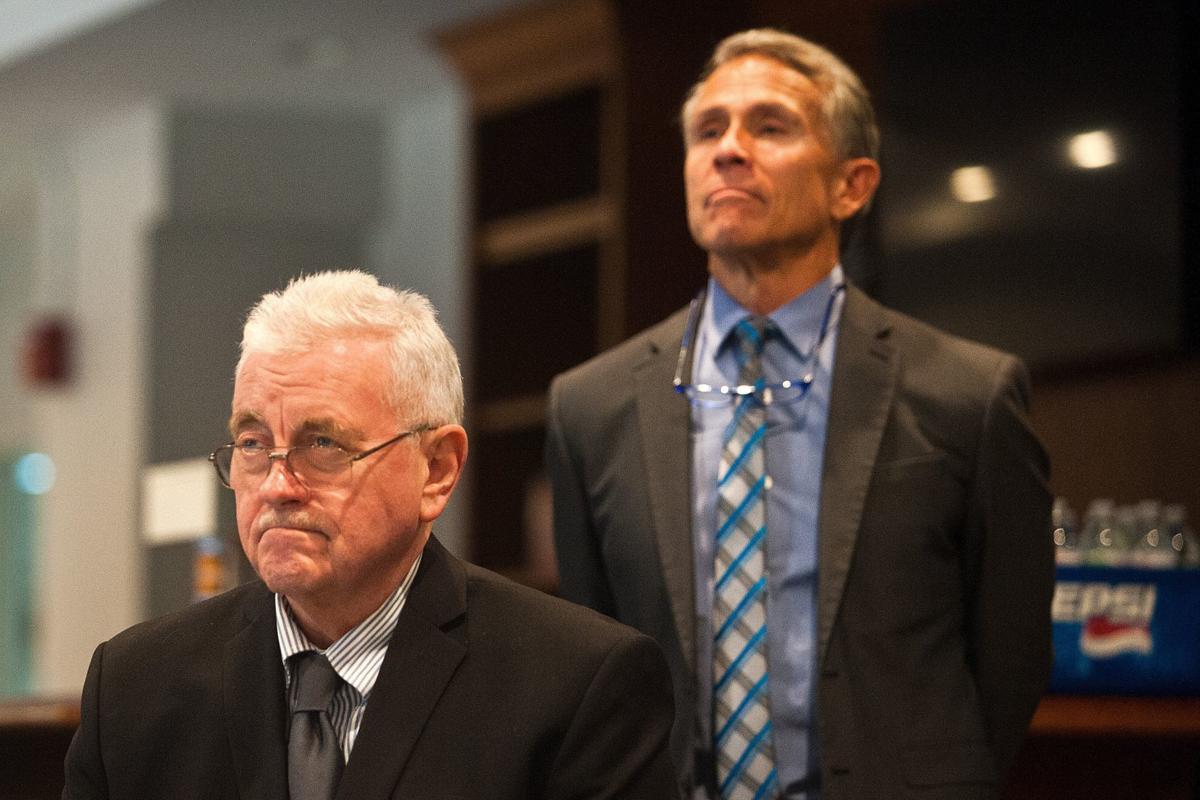