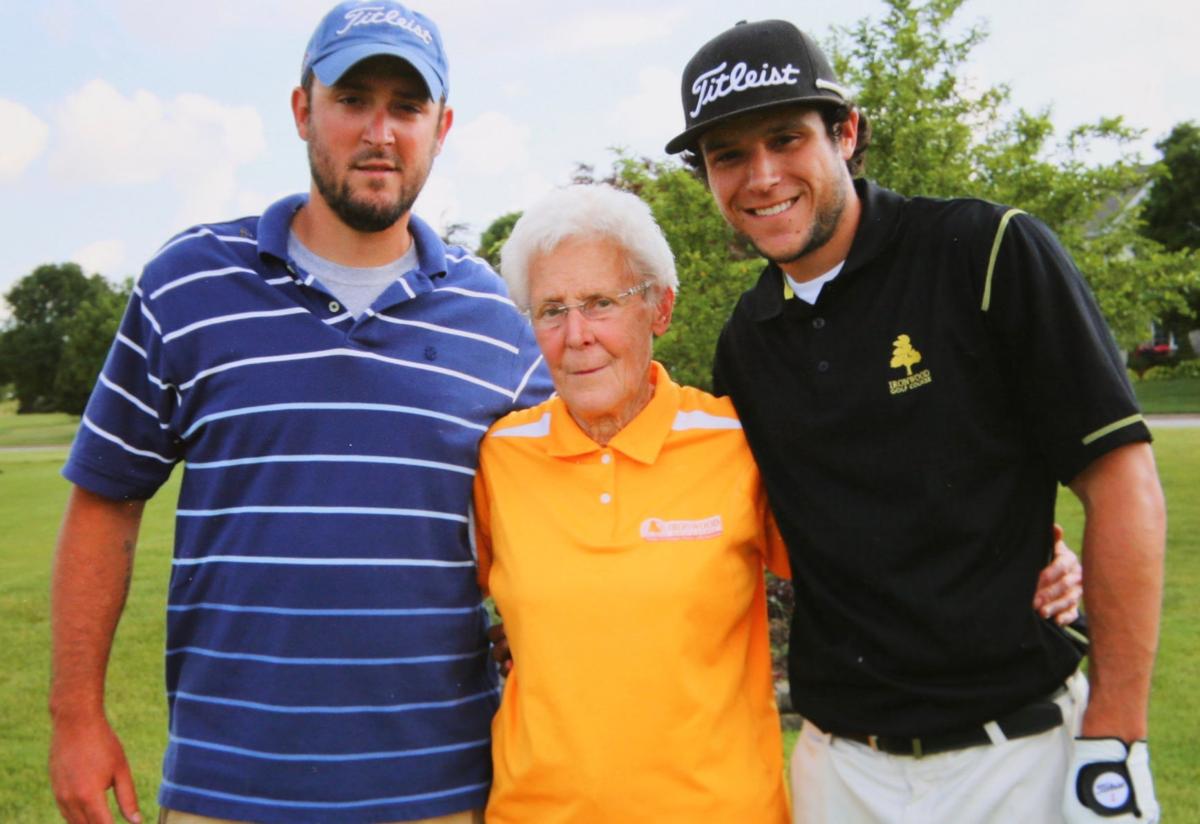 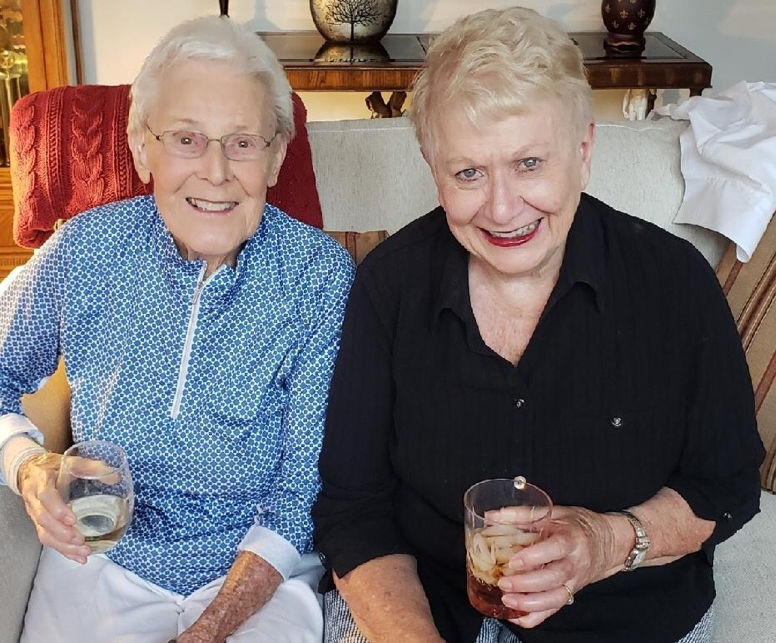 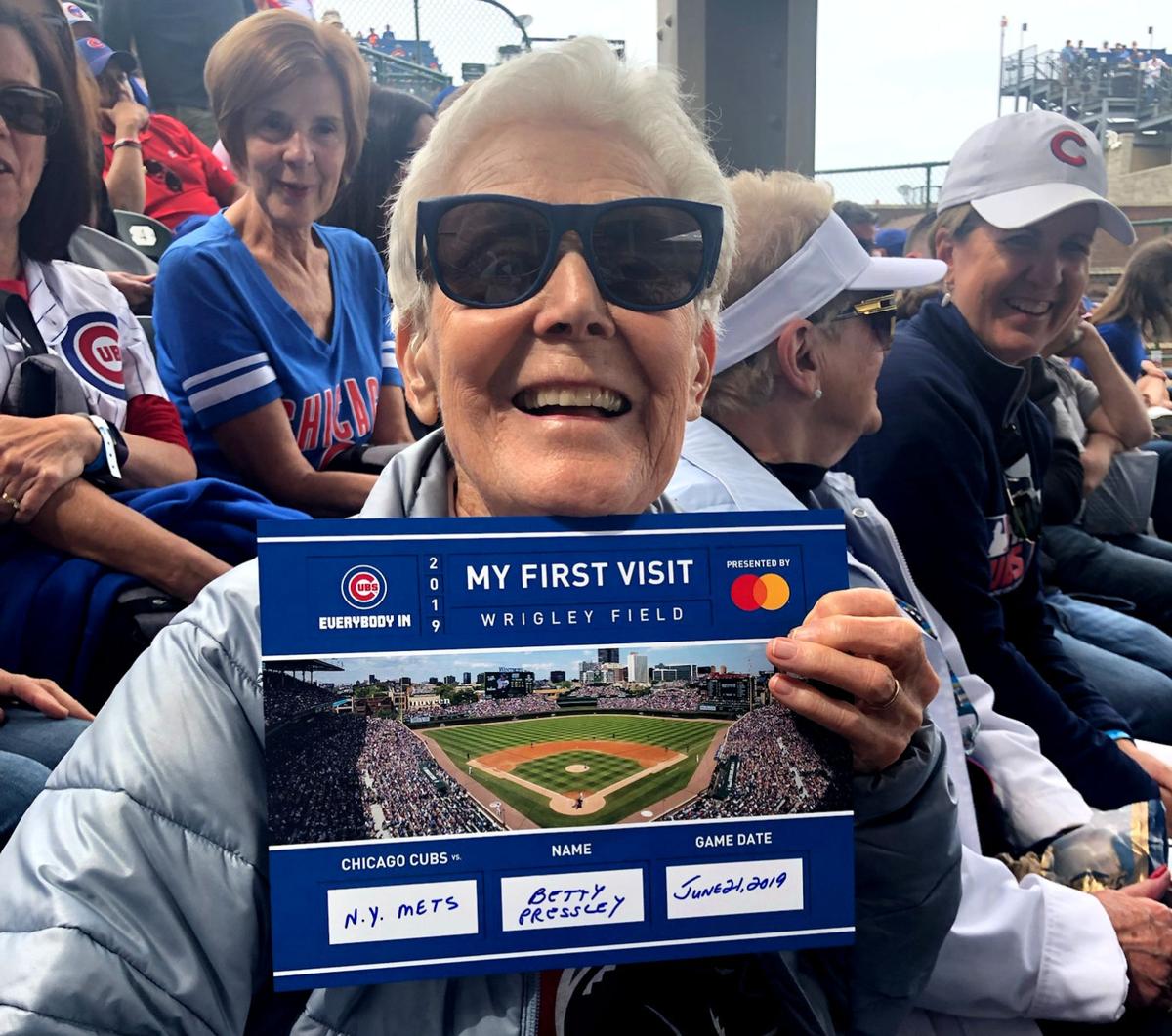 An avid Chicago Cubs fan, Betty Presley was all smiles in June 2019 while attending her first Cubs game at Wrigley Field in Chicago. 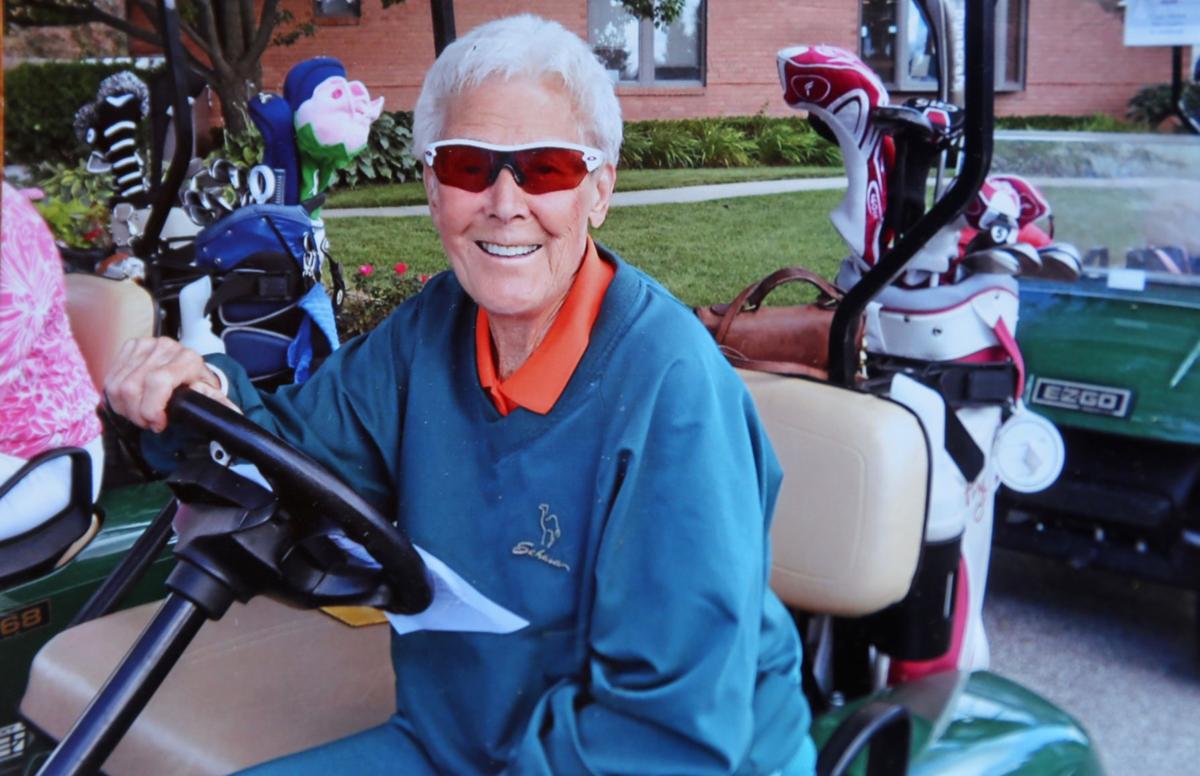 Betty Presley always felt at home at Ironwood Golf Course, whether she was playing a round of golf or working in the clubhouse. The 90-year-old Presley,, who touched many lives throughout Bloomington-Normal, died Monday of congestive heart failure.

The light shined throughout Bloomington-Normal, for 50 years as a registered medical technologist, later from behind the counter at Ironwood Golf Course, at the north entrance to Redbird Arena, in Body Pump class at the Workout Company.

The light drew you in, showed the way. It beamed from a 90-year-old dynamo with an infectious spirit. There was no dimmer switch.

Recently, as Betty Presley fought congestive heart failure, her cardiologist searched for the light. He knew how it was supposed to look, what made it special.

“About a week before we were trying to make some decisions, he said to me, ‘The light is not there anymore,’” said Kelly Collins, Presley’s daughter. “She was still very sharp and with us. But the light in her eyes had gone out. It was quite touching for him to pick up on that because I had seen it.”

Presley died Monday following a month of hospital stays and on her fourth day at the OSF Richard L. Owens Hospice Home in Peoria. Two days earlier, she was still forging ahead in her mind, challenging her failing heart to keep up.

“I want physical therapy,” she told her daughter. “I’m getting out of this hospital.”

“She fought to the very end,” Collins said. “But that was my mom.”

Collins’ brother, Terry Presley, called her “mom” as well. To so many others, she had a mother-like presence through her energy, faith, love and laughter.

At Ironwood, she worked in the clubhouse four to five days a week, mostly mornings. At Illinois State, she served as an usher and ticket taker at Redbird Arena’s north end for ISU basketball, volleyball, etc., as well as Illinois High School Association events. She also worked ISU football games in the Hancock Stadium suites.

At the Workout Company in Normal, she was a regular at the 4:30 p.m. Body Pump class.

Presley was busy by design. She was happiest that way and inspired others to join her, through actions and words.

For years, she told her family, “I’m afraid to let my engine idle.” When the COVID-19 pandemic hit last March, the state shut down and her engine idled. While she adjusted well, largely because of her close friendship with condo neighbor Jackie Hagerty — they shared happy hours and watched sports on TV — Presley had a poignant chat with Collins early in the pandemic.

Presley had worked with Craig Onsrud at Ironwood since 2005, when Onsrud took over as club pro and course manager.

Presley welcomed his arrival and well … guided him.

“She put me in my place,” Onsrud said, laughing. “She let me know she was in charge.”

“She was always good to work with,” Onsrud added. “There are going to be a lot of people who miss her. If everybody was lucky enough to have a Betty in their life …

“I don’t know if she ever had a bad day. Some people can’t say that in a week.”

Presley loved golf and had five career hole-in-ones. She still played on occasion until the pandemic. It was a short trip because the condo she and her husband, Don, bought in 1998 is near Ironwood’s No. 13 tee.

Don Presley, also a career medical technologist, died in 2010. His wife continued full-speed ahead and in recent years had a unique presence in the Ironwood parking lot.

She drove what her daughter described as “an aqua/blue Mustang convertible.” Where did she park? Wherever she wanted.

“She never parked in a legal spot because she didn’t want anyone banging her door,” Collins said. “Craig (Onsrud) allowed it.”

Onsrud was in a similar position as Melanie Spellmeyer, Illinois State’s Director of Ushers and Ticket Takers. Both were Presley’s supervisors in name only.

It was among the qualities Onsrud and Spellmeyer loved about Presley … the spunk and spirit that made her a person who would work hard, get things done and was unfailingly reliable.

Spellmeyer worked with Presley for 20 years at ISU/IHSA events, including one IHSA state volleyball tournament in which the workers had a rare break between sessions.

Spellmeyer and others retreated to an office for much-needed rest.

“Betty went outside and walked/ran the outside of the arena for the entire break,” Spellmeyer said. “She said, ‘Mel, I have to get my steps in. I have things to do.’

“She was quick-witted and she would get you walking laps with her before you knew what you were doing. She’s telling you a story and the next thing you know you’ve walked however many laps. She was just an amazing soul. I can’t begin to tell you how much I’m going to miss her.”

Spellmeyer quickly learned where Presley was at her best. She often would assign Presley to the handicap platform area at Redbird Arena or a VIP suite at Hancock Stadium.

The only time Spellmeyer heard it from Presley was if Spellmeyer was late or a no-show for the Body Pump class at Workout Company.

Later, Spellmeyer might see Presley cleaning the shower or folding towels or working the snack bar. Seems Workout Company owners Carl and Carol Clover would not let Presley pay for her classes. She was determined to “work for her keep” in other ways.

That’s who she was.

Now, she is looking down from above with her husband and their beloved grandson, Michael Collins, who died in 2014 at age 22 at the hands of a drunk driver.

Jim Collins, Kelly’s husband, said for years his mother in-law would “outlive us all.” She had that kind of passion and persistence.

Family friend Joan Stralow told Kelly Collins recently, “There are just some things you think are never going to change. Your mom was one of them.”

The light has left her eyes. Yet, it shines on for those who knew Betty Presley.

We’ve heard about perfect games in baseball, softball. A pitcher who fires a complete game without allowing a baserunner is said to be perfect.

When Doug Higgins burst onto the University of Illinois football scene in 1987, then-Illini coach Mike White referred to the freshman walk-on …

Gary Johnson had been counting down the days until his son’s senior football season at Central Catholic High School. When the Bloomington dent…

Rickey Jackson, playing with a heavy heart, went out and delivered a heart-pounding performance in the 1990 Missouri Valley Conference Basketb…

Kindred: Wayne Meece’s legacy to live on through officials he mentored and BNOA Hall of Fame display in his honor

Kindred: Oh my God, I had three of the misses?’ — Mark Edmundson on a night Illinois Wesleyan’s basketball team nearly made every shot

Mark Edmundson’s memory of it falls short of “clear.’ Instead, he used “vaguely” to describe his recollection of Illinois Wesleyan’s 105-88 ba…

Kindred: Bill Zeman, the driving force behind Roanoke-Benson baseball, was a stickler for rules on the field, at the wheel

Bill Zeman was best known for what he did on a baseball diamond. In 36 years as Roanoke-Benson High School’s coach, he guided the Rockets to 6…

An avid Chicago Cubs fan, Betty Presley was all smiles in June 2019 while attending her first Cubs game at Wrigley Field in Chicago.

Betty Presley always felt at home at Ironwood Golf Course, whether she was playing a round of golf or working in the clubhouse. The 90-year-old Presley,, who touched many lives throughout Bloomington-Normal, died Monday of congestive heart failure.