DAYTONA BEACH, Fla. — Joey Logano and William Byron won the qualifying races that set the field for the Daytona 500.

The victory in the first 125-mile race Thursday night earned Logano a spot in the second row for the season-opening Daytona 500. Byron had already earned the second starting position, alongside pole-sitter Ricky Stenhouse Jr., in time trials at Daytona International Speedway.

The 40-car field for Sunday's race is determined first by time trials that set the front row, then the remaining starting order is based on results from the pair of 60-lap qualifying races. There were five drivers racing Thursday night for two slots in the Daytona 500 and they went to Reed Sorenson and Timmy Hill.

Sorenson was aided in the first race when Daniel Suarez was crashed by Ryan Blaney. Hill got some breathing room in the second race after J.J. Yeley crashed.

"A lot of emotions ran through my veins the entire race," said Hill, who will make his Daytona 500 debut. "We were in, we were out, it was nerve-racking the entire time."

Logano won his qualifying race for the second consecutive year.

"It's the (qualifying) Duels, not the Daytona 500," said Logano, "but momentum is momentum."

Logano led 19 laps in the No. 22 Ford for Team Penske, which made a three-team swap during the offseason that paired the 2018 NASCAR champion with Paul Wolfe, former crew chief for teammate Brad Keselowski. The duo got their first experience working together last weekend in an exhibition event in which a block Logano threw on Kyle Busch triggered a crash and harsh criticism from Keselowski.

Logano did not seem bothered by the start of Speedweeks and both qualifying races were much calmer than last week's Busch Clash. That event was marred by multiple accidents and only six cars were running at the finish.

"Proud we made the race and this gets the ball rolling for a small team," Sorenson said. "Everything that happens from this point is icing on the cake."

Sorenson said he will have the green light to race hard Sunday, and repeatedly praised the Earnhardt Childress Racing engine in his car as the best he's had at Daytona in nearly a decade.

His success came at the expense of Suarez, who has had a rocky ride in NASCAR the last three years. Suarez took another hit midway through his qualifying race when he was sandwiched between a pair of Ford drivers headed to pit road.

Suarez was caught in the middle and hit by Blaney, sending Suarez's Toyota sliding through Daytona's infield grass. The only Mexican full-time driver in any NASCAR national series, Suarez has lost his job with top Cup teams the last two years and the former Xfinity Series champion only signed a deal late last month to drive this season with fledgling Gaunt Brothers Racing.

The team had to race its way into the Daytona 500, but Suarez's shot ended with the crash.

"All I want to do is go home. I don't know, man, getting tired of this," Suarez said. "A lot of frustration. I'm brokenhearted. I've been working my ass off trying to make this happen."

Denny Hamlin won his third Daytona 500 in a photo finish Monday. The post-race celebration was subdued because of a serious accident in the final lap involving Ryan Newman, who was immediately taken to a hospital.

INDIANAPOLIS — Roger Penske has upped the ante for this year's Indianapolis 500.

Denny Hamlin won his third Daytona 500 in a photo finish Monday. The post-race celebration was subdued because of a serious accident in the final lap involving Ryan Newman, who was immediately taken to a hospital.

DAYTONA BEACH, Fla. — NASCAR opened the Truck Series season with one fiery crash, a truck stuck on its roof and Grrant Enfinger in victory lan…

Daytona 500 up for grabs as no clear theme has emerged

DAYTONA BEACH, Fla. — Christopher Bell started to unzip his firesuit and attach a microphone at a TV session with Fox when Jimmie Johnson popp…

Busch has done it all in NASCAR, except win the Daytona 500

DAYTONA BEACH, Fla. — Kyle Busch has partied in victory lane at every NASCAR track from Darlington to Dover, from Bristol to the Brickyard. Bu… 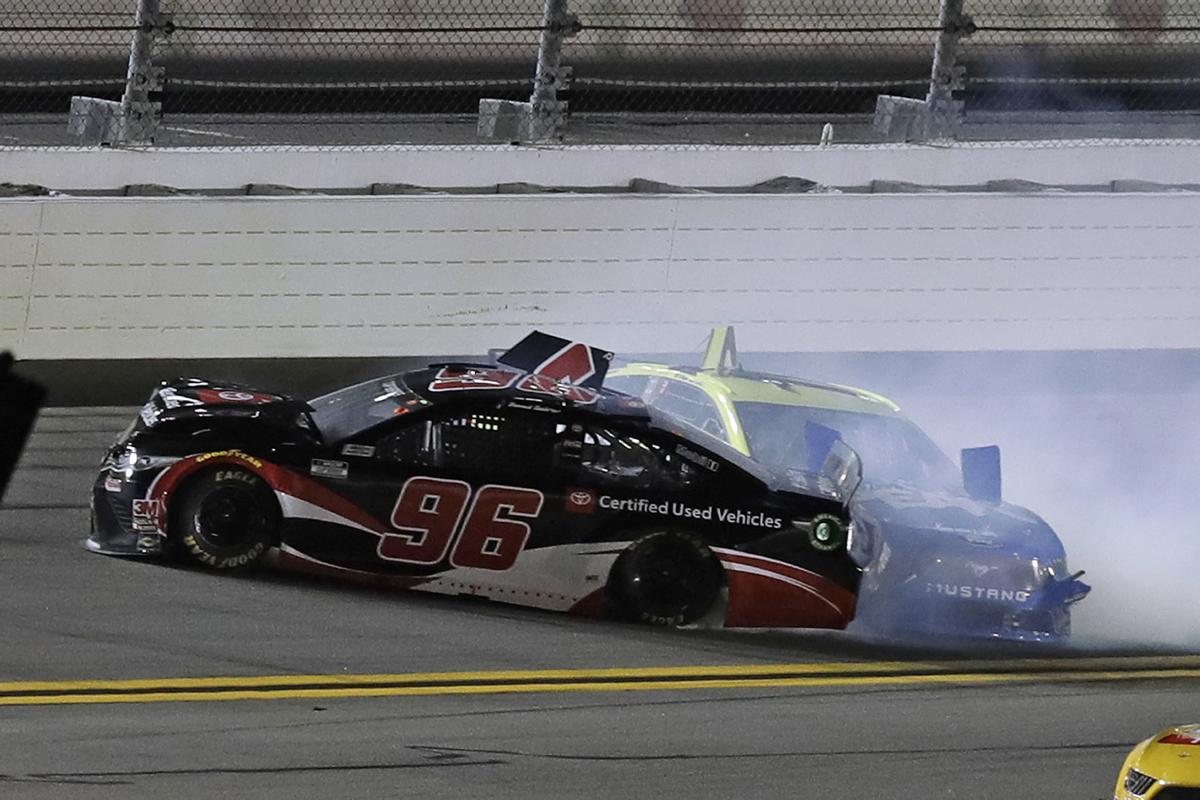 Daniel Suarez (96) and Ryan Blaney (12) crash into each other during a NASCAR Daytona 500 qualifying race Thursday at Daytona International Speedway in Daytona Beach, Fla. 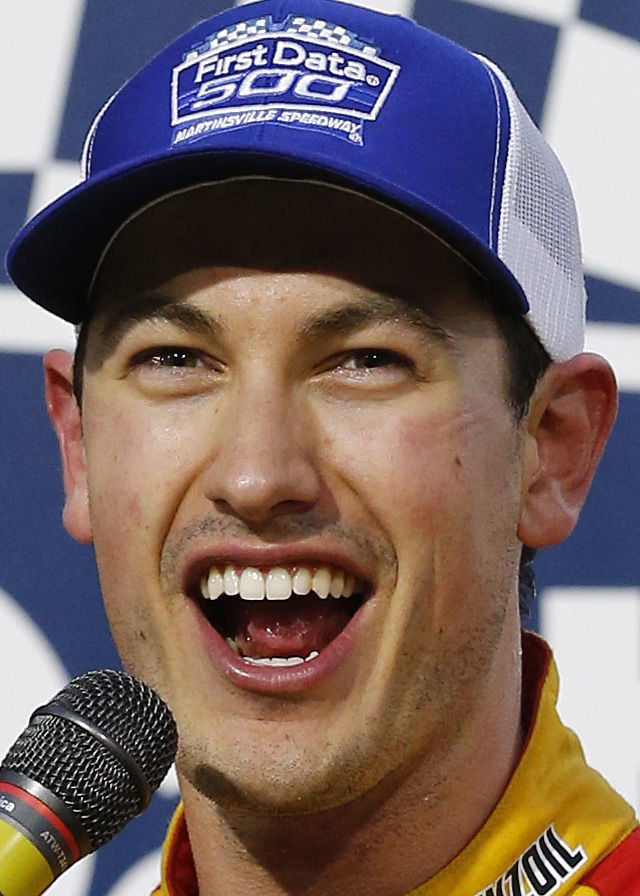