Bears vs. Rams: Latest scores and updates from MNF

Sullivan: From Bears to Cubs to White Sox — Sunday was one of the greatest sports-watching afternoons in Chicago history
0 comments
Share this
{{featured_button_text}}
1 of 2 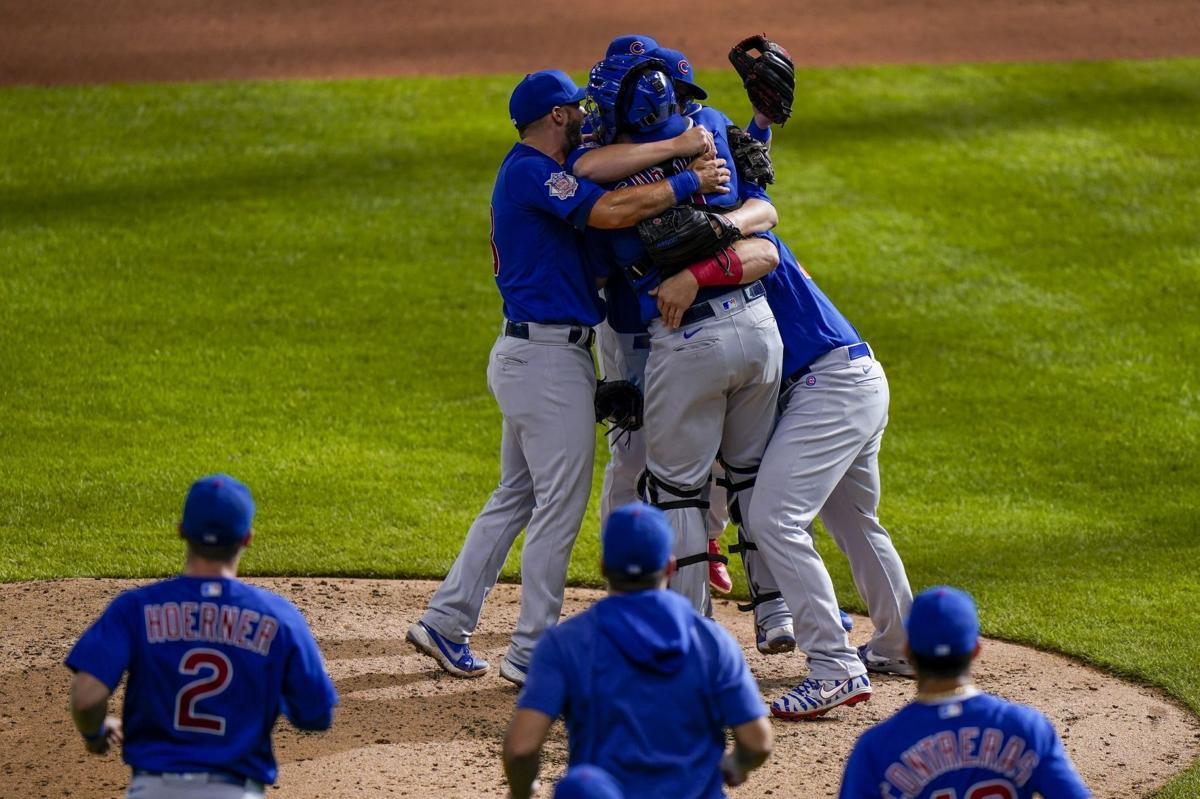 Chicago Cubs starting pitcher Alec Mills is swarmed by teammates after throwing a no hitter on Sunday. 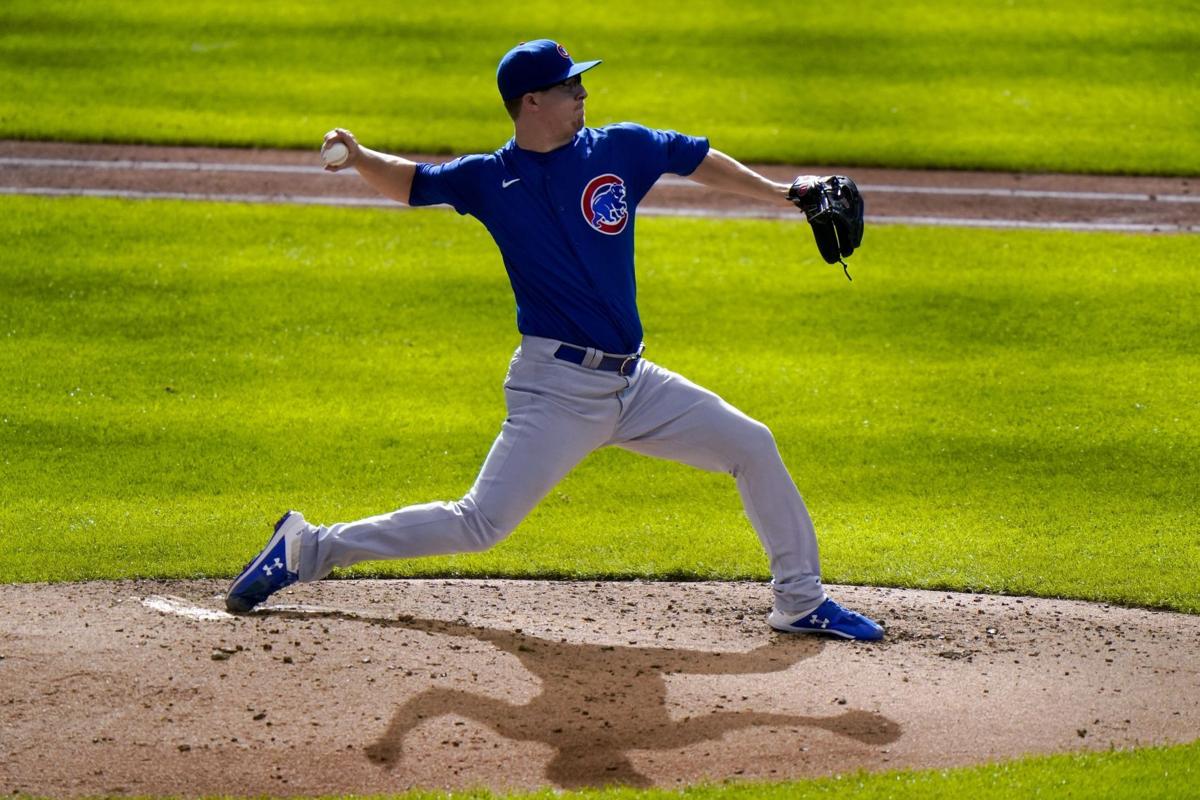 Growing up in Chicago, you learn at a young age to make the best of a difficult situation.

When the streets were shut down during the blizzard of 1967, the kids in my neighborhood built what we were quite certain was the biggest snow fort in existence. When the Oak Lawn tornado that spring brought cascading rains that clogged all the sewers, we floated down a drainage ditch in plastic swimming pools like we were riding the rapids.

There was no problem that couldn’t be solved with a little ingenuity, and nothing that could get in the way of a good time.

I thought of those days Sunday when the Chicago Bears, White Sox and Cubs were all playing at the same time during a pandemic that prevented family and friends from congregating at the local sports bar.

Channel surfing from one game to another was deemed insufficient in our house, so we tried to make due the best we could -- putting the Bears-Lions game on the flatscreen, the White Sox-Tigers game on an iPad and the Cubs-Brewers game on a laptop.

We sacrificed listening to Len Kasper and Jason Benetti for Dick Stockton’s call of the Bears game. No one said life is fair, and at least this way we could keep track of all three games.

What happened, much to our surprise, was one of the greatest sports-watching afternoons in Chicago history, featuring two first-place baseball teams, a no-hitter and an incredible, fourth quarter comeback by a quarterback my family had spent most of the day cursing.

When all was said and done -- after Alec Mills’s no-no against the Brewers, Mitch Trubisky’s revival against the Lions and the Sox taking over as the winningest team in the American League -- you could be forgiven if you momentarily forgot the world was coming apart at the seams.

No, it’s Chicago, so don’t get too comfortable.

Our collective predilection of hoping for the best but fearing the worst is one of the most unflattering qualities of a Chicago sports fan.

Before Game 3 of the 1983 American League Championship Series between the White Sox and Orioles and old Comiskey Park, a group of fans walked around the ballpark with a giant banner that read “Don’t (Bleep) Up.” It became a self-fulfilling prophesy a day later when a baserunning gaffe by Jerry Dybzinski factored into their playoff exit in the Game 4 loss.

When Devin Hester ran back the opening kickoff 92 yards in Super Bowl XLI against the Colts, some of us worried it would be the Bears' only highlight. (Spoiler alert: It was). Cubs fans didn’t feel comfortable in the 2016 World Series until the final out of Game 7 was firmly in the glove of Anthony Rizzo.

That feeling of imminent dread was part of the DNA for many of us Boomers, thanks in part to the tragic endings for those 1983 White Sox, the 1984 Cubs and all the late 1980s' Bears teams that couldn’t replicate the magic of the ’85 season. We tend to dwell on things like the foul ball off Steve Bartman’s hand and the double-doink by kicker Cody Parkey, even though we understand many other factors contributed as much -- or more -- to those infamous blown games.

The Sox and Cubs have since ended their decades-long championship droughts and are well on their way to the postseason, but enough time has passed for fans to return to their favorite pastime -- wondering what awful fate awaits in October.

The Cubs went into Monday with a four-game lead in the National League Central, but most of their best hitters are struggling through the pandemic-shortened season. They’re hitting an unconscionable .217 at fan-free Wrigley Field -- the third-worst home average in basebal --- which makes the term “homefield advantage” an oxymoron.

Perhaps the Cubs would be better off starting the playoffs in a bubble instead of hosting the wild-card round?

“Whether (a bubble) would be an advantage to the Cubs or not, I haven’t really thought about that,” Cubs president Theo Epstein said Friday. “We love playing postseason baseball in Wrigley, but in 2020 we haven’t hit very well here. Maybe a change of environment would do our offense some good, who knows?”

So why can’t the Cubs hit at home?

“You can just regurgitate the same answers we used last year when you asked why we didn’t play well on the road,” he said. “New year. New problem.”

For the resurgent White Sox, who begin a four-game showdown Monday against the Twins, a new year that began with high hopes has morphed into overdrive. All the stars are aligning, and general manager Rick Hahn has been cautioning fans that this is just the beginning, not the end, of a long run of success.

Keeping key players healthy for the playoffs may be the difference. Dallas Keuchel is due to return from the injured list Thursday, and the Sox hope Aaron Bummer will be back in October. And fortunately, Eloy Jimenez heeded the advice of Jose Abreu, who warned him in August to avoid falling into the netting and potentially injuring himself again.

“I told him a few times to be careful about those plays,” Abreu said. “But I know that sometimes, in the heat of the moment, you just want to make the play and you don’t think about getting hurt. But I’m telling him, ‘Hey, the only way you can do better and get better, is just stay healthy. Because that means you’re going to be on the field every day. If you get hurt, it’s going to be difficult for you to keep improving because that’s going to stop the process.’ I know he listens to me.”

Jimenez has remained healthy and net-free since -- and he’s helped turn the Sox lineup into a juggernaut.

The future looks bright for both the Cubs and the Sox, while the Bears still need to prove they’re the real deal after giving up 426 yards to the Lions and benefiting from a dropped pass by D’Andre Swift on a potential game-winning touchdown. Trubisky still remains on double-secret probation -- it will take more than one win to restore Bears fans' faith in his arm -- but at least it’s a start.

And no matter what happens the rest of this year, we’ll always have Sept. 13th, a perfect day to be alive and well in Chicago.

Illinois State's basketball practices won't have as many bodies the next two weeks. A Redbird player tested positive for COVID-19 forcing eight players into quarantine.

Kindred: Former University High coach Jim Scott 'was the epitome of what a coach was'

It’s been a long time since they played for Jim Scott. For Derek Johnson, it’s been since 1989.

Watch now: Kindred: Bloomington's Casey Pyne chasing his golf dream through nights in his car and all the way to Thailand

He has slept in his car a few nights. One was in Wyoming. “A great place to sleep in your car, especially in the summer,” he said.

Illinois State is taking steps to hire a replacement for retiring director of athletics Larry Lyons.

The Big Ten football season begins in three days, and the conference has yet to supply certain information regarding COVID-19 protocols.

The official record for the 2020 baseball season will show Owen Miller played no games. But don't be fooled — he's been busy.

It took a while for Alex Kotov to make his second trip to Illinois State's campus because of the pandemic. The 6-foot-10 native of Russia is hoping to make up for lost time and make an impact on the Redbirds' basketball team this season.

Watch Now: How the NBA Fights Racism with International Players

Watch Now: How the NBA Fights Racism with International Players

Chicago Cubs starting pitcher Alec Mills is swarmed by teammates after throwing a no hitter on Sunday.